This week on the Bold & The Beautiful (B&B), Steffy makes a stunning announcement to Liam and Hope. Also, Taylor encourages her daughter to fight for her man and Thomas returns to Los Angeles with his son Douglas. Plus, a sneak peek at next week. Learn more below in the B&B spoilers for the week of March 11, 2019.

Kelleth Cuthbert, the Canadian model and Fiji Water Girl who made headlines when she photobombed celebrities on the red carpet at the Golden Globe Awards, will appear on B&B this week. According to the model, she’ll once again play Forrester intern Raine and will return to the soap on March 13 and 14.

Spoilers tease someone will play matchmaker for Bill and Katie. Viewers have already seen Donna and Justin discuss Batie and their plans to try to reunite the couple. This week, they recruit Sally and Wyatt to help them. While Bill and Katie enjoy lunch at Il Giardino, they’ll begin to suspect someone is playing Cupid.

Thomas Forrester returns to the B&B canvas on March 15. This time around, he will be played by Young And The Restless alum Matthew Atkinson. Thomas will bring his young son Douglas to LA with him and will be harboring a big secret. But what will his secret be and how will Sally react when she runs into the man who broke her heart?

Henry Joseph Samiri will debut on B&B this week as Douglas Forrester on March 15 and 18. A photo of Samiri with Atkinson (Thomas) shows that the character looks to have been SORASed to about five or six years of age. Some spoilers are saying the paternity of Thomas and
Caroline’s son could be in question. Will it turn out Douglas is Ridge’s son?

6. New Bill Has A Conscience

Past sins will come back to haunt Bill when he hears Thomas is back in town. He will feel guilty this week when he is reminded of the falsehood he invented to break up Sally and Thomas. Not long ago, the old Dollar Bill told Thomas that Caroline was dying, in order to convince him to dump Sally and reunite with his niece. This was all in a bid to destroy Spectra Fashions so he could demolish the building and build his skyscraper Sky.

Sally is happy these days, albeit she may be feeling a tiny bit insecure with Wyatt’s high school sweetheart Flo suddenly on the scene. Wyatt will assure his lady love he is fully committed to her and to reviving her fashion house. Sally has also had Hope on her mind these days. She will mention to Wyatt what a strange coincidence it is that Flo and Hope were both pregnant at the same time but neither ended up with their baby. This will cause Wally to ponder the question, but will it eventually lead to either Wyatt or Sally discovering the truth?

Speaking of the truth, Zoe will lose it with Flo when she hears about her connection to Wyatt. Flo will tell her the guilt about baby Phoebe is eating her up inside and they will eventually have to tell Hope the truth about what really happened to Beth. And it looks like Zoe’s dad Reese
(Wayne Brady) will tell both Zoe and Flo that there will never be an appropriate time to divulge the truth. It’s obvious Zoe is on board, but will Flo heed Reese’s advice?

Rumor has it, Taylor is going to urge her daughter to fight for her family with Liam. This will not come as a surprise to viewers. All Taylor has ever known, in terms of relationships, was Ridge’s flip-flopping between her and Brooke back in the day. After all, Taylor, Brooke and Ridge were the original Triangle Of Doom. Even though Steffy has said she is fine bringing up the two girls alone, Taylor will tell her she deserves to have her husband back. Steffy will disagree, as she knows that just like her mother was second choice to Ridge, she has always been The Waffler’s second choice.

It looks like Steffy will not heed her mother’s advice. She will tell Hope and Liam this week that she’s leaving to go to Paris with her two daughters for a while to clear her head. Steffy believes Hope should be away from Kelly and especially Phoebe, so she can move on with her life and accept the loss of her own baby. “Those babies, especially Phoebe, were Hope’s one source of comfort, and the only way she’d found to help alleviate her grief,” says Annika Noelle (Hope) in an interview with Soap Opera Digest. “Honestly, it was a smart decision for Steffy to remove herself and the girls from the equation so that Hope and Liam can see where they stand. Now, they’ re going to have to directly confront the problems in their relationship, and we will see if their marriage is able to survive this.”

Katie has been looking at ex-husband Bill differently lately and is appreciative of all the time he’s been spending with their son Will. Next week, she will start to realize he is becoming the man she first fell in love with. Also, Brooke will be horrified when she sees Ridge kissing his ex-wife, and her nemesis, Taylor. Will this be the impetus to send Brooke running back to her Stallion, just as Bill and Katie are beginning to reconnect? Stay tuned! 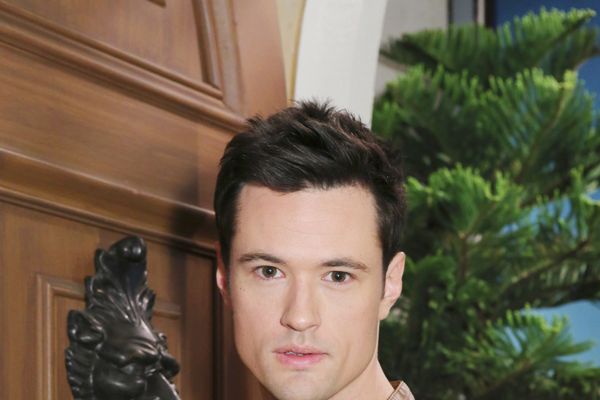 Bold And The Beautiful: Plotline Predictions For March 2019