Hope will listen in on a conversation between Flo and Zoe this week on the Bold & The Beautiful (B&B). Also, Steffy returns from Paris to shocking news and Hope is elated when she gets to hold baby Phoebe in her arms again. Plus, a sneak peek at next week. Learn more below in the B&B spoilers for the week of May 20, 2019.

Even though Sally has moved out of Wyatt’s beach house, Wally hasn’t “officially” broken up yet. Sally has expressed a desire to others that she’s hoping she and Wyatt can work through their current problems. But what she doesn’t know is that in her boyfriend’s mind, the relationship is already kaput. Wyatt seemed to be looking for any excuse to end the relationship so he could be with Flo. By admitting to a lie and moving out, Sally gave him the justification he needed. But is Wally really done for good? Unfortunately, all signs point to yes. 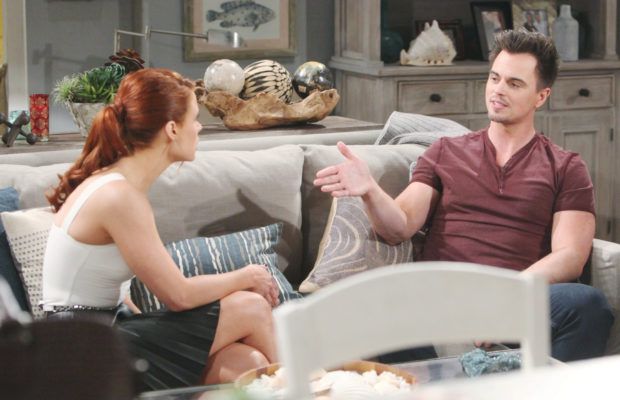 After accepting Quinn and Eric’s generous offer, Shauna and Flo will pack their things and move out of Reese’s dingy apartment. They are moving up in the world and will head to the Forrester estate, their new home. Quinn is ecstatic she’ll have her best friend by her side in her home. And it looks like the two of them will share a ‘girl’s night in’ this week. But how thrilled will Quinn be once she learns Shauna and Flo have been keeping a terrible secret from her? 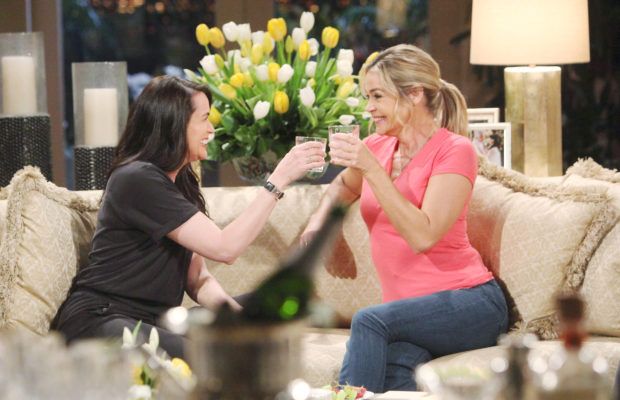 Hope will overhear a chat at Forrester between Flo and Zoe. Rumor has it, they’ll be discussing baby Beth. Hope will have no idea why they’re talking about her stillborn daughter and will be quick to confront the pair. But will she get to the truth about why they’re having a conversation about Beth? 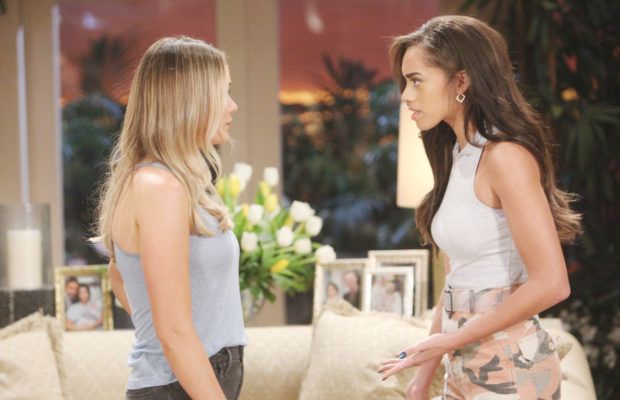 It looks like Thomas will set up his next chess move in his sinful scheme to break up Lope this week. He’s been lining up all his pieces, waiting for them to fall in place and he’s got one major move left. That move is another pawn, Douglas’ deceased mother Caroline. Viewers know Thomas told Hope Caroline expressed a wish that she become a mother to Douglas if anything ever happened to her. This week, spoilers tease he will take this to a whole other level when he gives Hope a letter Caroline wrote before she died. Whether or not Caroline wrote the letter or Thomas forged it remains to be seen. But one thing is certain – Liam’s return from Paris did not scare him off. If anything, it thrust Thomas toward his endgame in his pursuit of Hope. 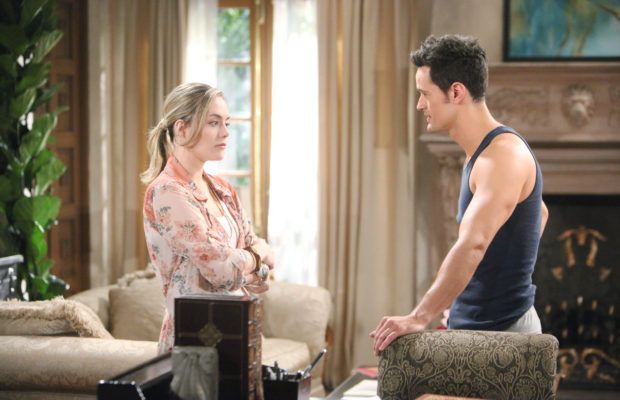 Rumor has it, Liam and Hope will make a heartbreaking decision about their marriage this week. With Steffy on her way home, does this mean Hope will again push Liam toward her and the girls? Or will Thomas’ final pawn, Caroline, drive Hope to end her marriage and decide to be with Thomas and Douglas? Spoilers show Hope will be deeply moved by Caroline’s letter. Lope’s marriage is crumbling quickly, but will it finally come to an end this week? 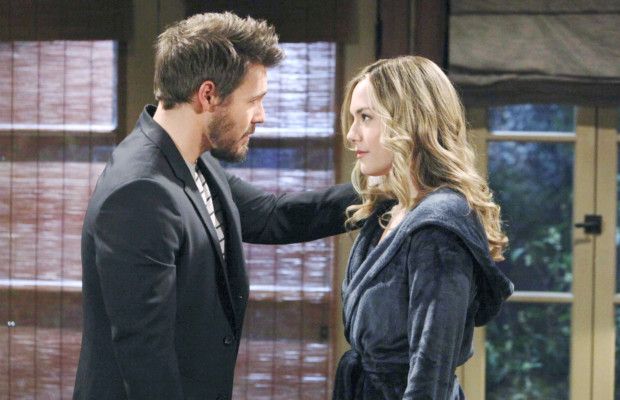 Steffy’s family will be thrilled when she returns from Paris this week. She’ll have Kelly and Phoebe in tow and will be ready to settle back into life in LA. Steffy will also be hoping Liam and Hope have put their marriage back together, since the main reason she left in the first place was to give Lope some space. But it won’t be long before she finds out what Thomas has been up to and she’ll receive shocking news from Liam upon her return. How will Steffy react? Will she agree that Hope belongs with Thomas and Douglas? And will she start dreaming again of having another shot at reuniting with Liam? 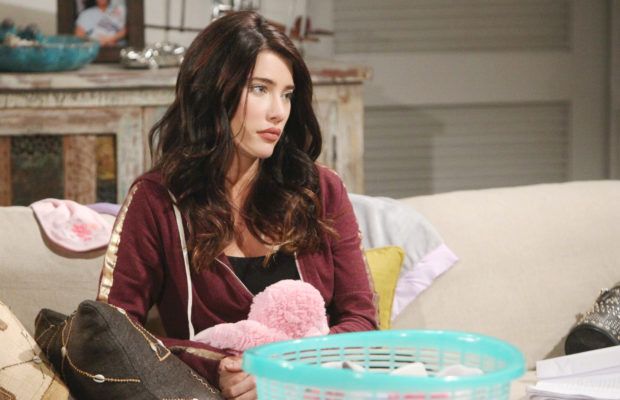 It looks like it won’t be all bad news for Hope this week. Spoilers tease, she will be elated when she gets a chance to hold baby Phoebe again. As B&B viewers know, Hope instantly bonded with Phoebe when she first met her. Of course, this was because Phoebe is actually baby Beth, the daughter she thought she lost in childbirth. She now believes Phoebe is her little cousin and that is why her connection with the child is so strong. 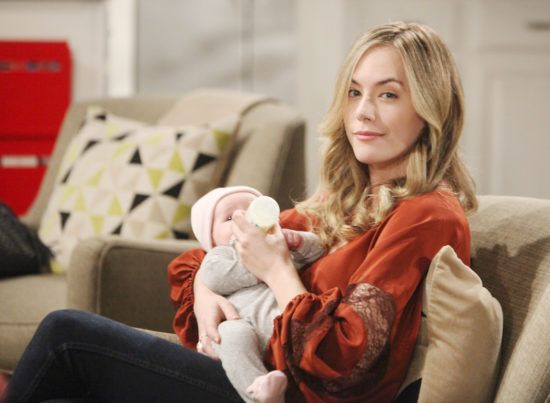 Spoilers tease that Brooke will console her daughter this week and Ridge will counsel his son. Will Brooke be comforting a heartbroken Hope after her marriage to Liam has ended? No doubt, this news will please Thomas, who will assume Hope will come running to him. But Ridge will be quick to advise him not to move in too fast on his prey. And Brooke will be stunned when she turns to Ridge for solace and he tells her he thinks Liam belongs with Steffy. 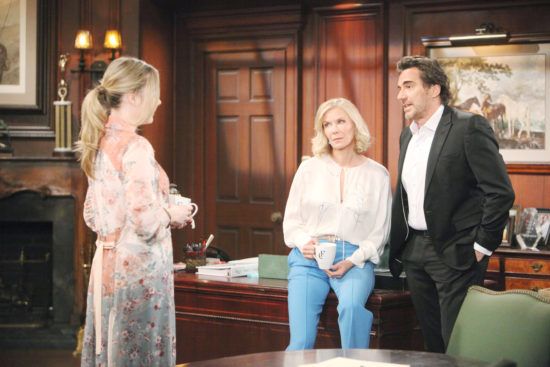 Now that Wally is officially over, Flo and Wyatt will pick up where they left off on in high school. Plus, Hope will ask Steffy for a favor. It looks like the Sister Wives will continue their custom of lobbing Liam back and forth between them like a ping pong ball. This time it’s Hope’s turn to serve. But will Steffy follow through, or will she backspin him to Hope? Keep watching to find out! 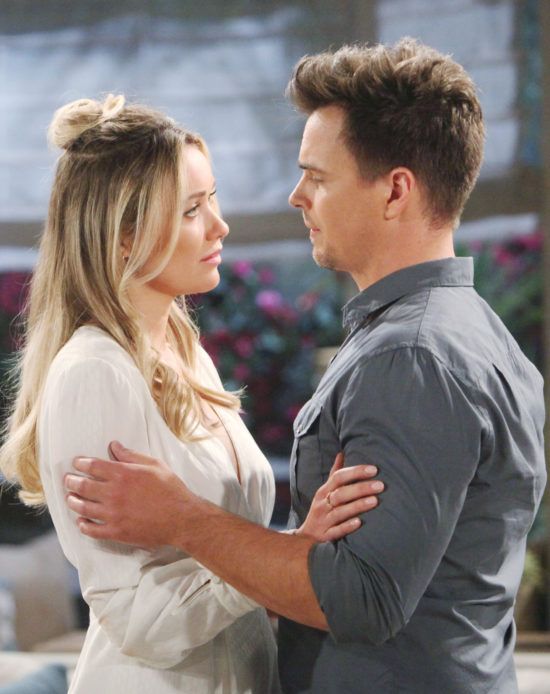 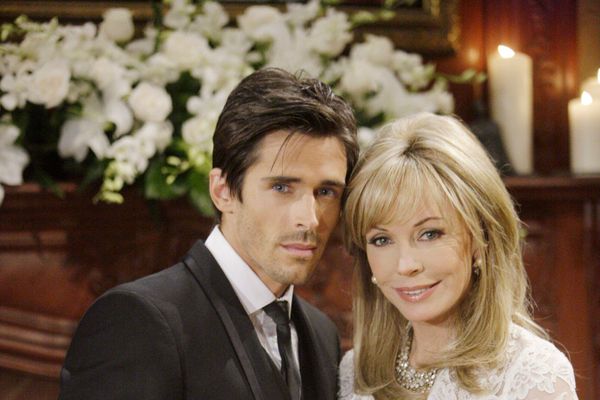