This week should be named the week of the confrontations, as a handful of characters deal with shocking and dramatic faceoffs. Learn more about what will happen this week with Abigail, Chad, Stefan, Eve, Ciara, Ben, and many more, in the below Days of Our Lives (DOOL) spoilers for the week of July 23, 2018.

Off the cusp of learning he’s going to be a dad, Stefan approaches Abigail this week for a chat; however, poor Abby isn’t too enthusiastic about a talk with the man who essentially sexually assaulted her. Regardless, he takes the opportunity to beg her to not abort this pregnancy so that he has a chance to raise his child.

Abigail believes now that Stefan knows about her pregnancy and that he’s the father of her child (even though DOOL fans all know that isn’t the true case since Gabi fudged up the paternity results), she’ll need to tell Chad what is going on. Most DOOL fans can guess this won’t end well, and Chad is bound to be quite upset knowing that not only is his wife pregnant with another man’s child, but it’s Stefan’s at that.

This is something DOOL fans won’t want to miss as fireworks erupt between Stefan and Chad when the two meet. DOOL spoilers indicate that Chad will approach Stefano to talk, and the punches will begin flying shortly after. Sounds like an explosive argument is going to take place this week in Salem, but it won’t be the only one.

Ciara hires Ted this week to represent Ben’s case. When Kate catches wind of this, she will lose her mind. Kate will not take too kindly to the idea of Ted defending Ben with his past criminal record and the fact that he was not only an arsonist but a serial killer as well.

As Ben continues to maintain his innocence, he will struggle this week to find a place to stay. Ending up homeless, Ben will find a park bench to sleep on, but he will be disturbed by an outraged Eve who has stumbled across him. DOOL spoilers indicate that Eve will attack Ben (both verbally and physically) over the brutal murder of her daughter when she finds him.

Meanwhile, across town at the hospital, the bandages are removed, and it seems that Steve’s eye will work fine. DOOL spoilers indicate that he and Kayla will have a little celebration over this; however, keep in mind that she’s hiding her involvement in how Steve snagged this technology, so this happy party might be shorted-lived as drama lurks in the shadows.

Jennifer will make strides in her investigation to clear J.J.’s name. She finds something quite surprising this week and will start to put two-and-two together. Victor gets updates on Jenn digging around and gives Eve a warning about it. Victor believes Jenn is close to the truth and she could ruin everything.

2. WilSon Worry About The Letter

Will and Sonny worry over that weird letter this week. They fret over the idea that someone out there knows their dirty little secret, but they can’t seem to figure out who. DOOL spoilers indicate there are more messages on the horizon, so it seems that Leo’s death will continue to be a thorn in their side.

Gabi talks to J.J. this week about all she has lost during her wasted time in prison, while Rafe and Hope are shocked to the core that Ciara is helping out Ben so much this week. John and Marlena come together and have a very special request for their sons Eric and Brady. 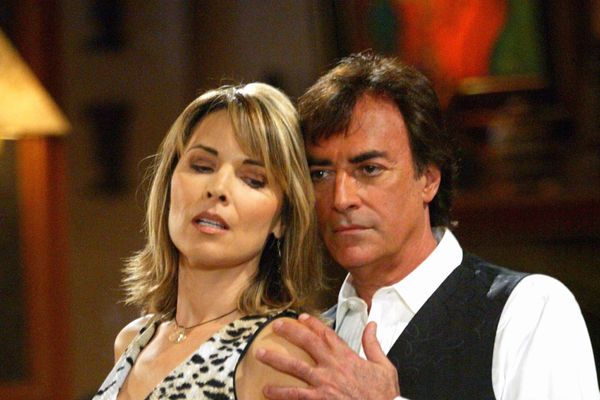