There is nothing more exciting for a soap opera fan than learning their favorite character is set for a return! The only downer is, will the character return for a short or long time? If they have passed away, does their return mean they are alive, or just coming back as a ghost? Sometimes comebacks can be epic; other times, they can be a letdown. Below are some Days of Our Lives (DOOL) character returns that totally underwhelmed fans.

Days has been on a trend lately, bringing older characters back for a brief storyline, and then shipping them back off. Makes it exciting to see them in Salem; however, it can be a real letdown knowing that a character’s comeback has been hyped up for nothing. Such is the case with Chloe Lane this past summer. She was in a scene or two, helping Hope and Ciara try to locate Eve and Ben. A hugely underwhelming result for fans of Chloe eagerly anticipating a bona fide return.

While Lucas has had more of a lengthy return to Salem, he’s played second-fiddle to his daughter Allie. Did he just come back to usher in Allie’s SORASed character, or is there any real purpose to Lucas’ 2020 return? This doesn’t seem like the case. He’s had no romance and no storyline of his own (aside from the doting dad/grandad story).

When Days’ fans caught wind that Stephen Nichols was returning to the soap in 2019, there was excitement in the air. Having said that, when the actor came back as Stefano DiMera in Steve Johnson’s body, there was a bit of backlash online by fans. Not only were viewers underwhelmed that Steve hadn’t returned, but many also didn’t like the idea of anyone playing Stefano other than the late and great Joe Mascolo.

Sami Brady has been strolling into Salem for quick stints for a while now. Every time she storms in, she brings the drama with her; however, probably one of the biggest complaints around her “returns” is the fact that they don’t feel long enough! Days is promising a prolonged and extended visit from Sami, come late 2020 into 2021, so fans of the character should gear up for a more permanent storyline with her, coming soon.

Rex’s return to Salem lacked luster both in 2018 and 2020. The only real unexpected twist in his first return was the fact that actor Kyle Lowery (ex-Brady Black) had been recast in the role. Meanwhile, his summer 2020 return was far too short. Add him onto the list of character returns that were random and misplaced this past summer.

Super-couple Carrie and Austin do everything together, so they might as well hit this list side by side, too! It’s always great to see the Reeds return to Salem, but in the last few years, it feels as if they aren’t really being brought back for a purpose or a storyline, just really for the hype of a “Carrie and Austin” return.

Actor A. Martinez is a soap opera legend, so when word got out that he was returning to Days this past summer, many fans were excited to see A. and Eduardo back in the land of Salem. Sadly, he simply returned to help with the storyline exit of Gabi and Rafe, which was a huge letdown.

It’s always great to see Anna DiMera in Salem, and her recent reunion with Tony undeniably helped her get over harbored feelings of loss over the years. Rewinding a couple of years, her return in 2018 seemed like it was going in a fun direction, and finally added some romance in Roman’s life, but this all quickly fizzled because Anna couldn’t get revenge for Tony’s passing off her mind. So underwhelming!

Back in 2018, Days’ fans were excited to see OG Billie Reed back in Salem as actress Lisa Rinna reprised the role. Sadly, if you blinked that week, you missed her appearance. She was helping John Black and Steve Johnson with some ISA stuff, but as quickly as she arrived in the little town, she was gone. Major letdown. 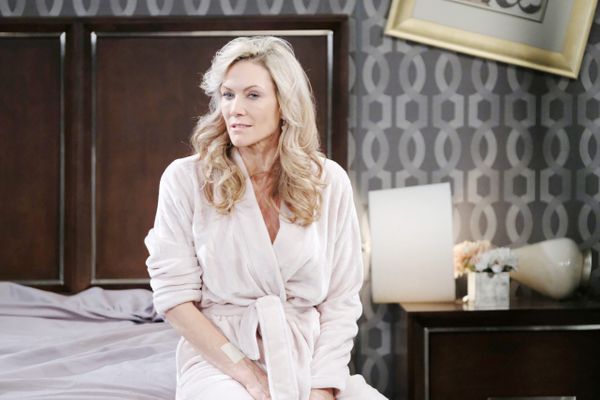