Days Of Our Lives: Plotline Predictions For December 2021

Days of Our Lives (DOOL) recently released a preview video for the holidays, which has fans buzzing on Twitter! Will Philip really be a goner come Christmas season? Will the heroes and heroines of Salem bring down the Devil for good? What’s up with two Belles in town? Viewers just love speculating on storylines! As such, below are some DOOL plotline predictions for December 2021.

The Days holiday video suggests that a mystery is about to unfold, and there’s potential that Philip might be at the center of it. Victor proclaims his son has passed away during one scene, with Kate stating that Brady “did it”. Then, the preview shifts to Brady Black being arrested. Is Philip gone? Did Brady do it?

Sounds like the murder mystery in Salem could be one of two things. Maybe Philip isn’t “gone” and it’s just a misunderstanding. Will he just go missing, or will a body be found? Or perhaps this will be a scheme concocted by Philip, with a possible assist from his mom, Kate. Is Philip trying to teach both Chloe and Brady a lesson? If so, this isn’t the way to do it.

There is a lot going on with the Devil in this preview video. From the looks of it, Salem will catch wind that the Devil has possessed Marlena once again. But is everyone too late to the party? Ben and Ciara will find out that Doc isn’t who she claims to be, and join the fight against Satan. Meanwhile, Eric will return in priest mode to help John battle Satan and rid the little town of evil. Will they succeed?

It’s Christmas time, which is huge for the Christian faith as they commemorate the birth of Jesus. As the Devil is God’s greatest enemy, of course Satan will be defeated during the holidays. Fans should expect some major moments for John as he prays for a sign from God — and with Eric in tow, the good guys will win. They always do. With that said, there will be a ton of drama along the way.

Here’s hoping Ben and Ciara find out about Satan and his plans before he does any real harm to sweet Baby “Cin”! Doug will likely inform Julie, plus Ciara and Ben, before any real damage is done. A video clip from the Days preview shows Doug, Julie, Ciara and Ben together with “Marlena”, in all her devilish glory. Ben will proclaim to Satan that he’s willing to fight with everything he’s got. His papa bear mode shall be in full swing, so nothing bad has likely happened to the baby. However, there’s a good chance the parents-to-be will worry about their child right up until the little one’s birth.

Probably the most confusing part of the Days preview video is the opening. In it, Belle dons a naughty Santa outfit and seduces her husband, Shawn, in the bedroom. Before “Shelle” fans start swooning, however, the scene shifts to another Belle entering the room and demanding to know what is going on. Wait, what? Who is this other Belle? Which Belle is the real one? Does Belle Black have an evil twin, or is the Devil behind this seduction?

Speaking of, the “Devil Kristen” will also return during the Christmas season, as actress Eileen Davidson makes an appearance in the DOOL preview video. This time, she’ll try to seduce Eric! This is all to stop the young priest and his stepdad in their fight against Satan. She’ll likely fail, as she did with Black in November, but it’ll still be an interesting watch. Who else has missed Davidson in Salem?

Despite the Devil looming, Salemites are sure to participate in some family fun and holiday cheer. The preview video reveals so many scenes of family gatherings. Some clips include Doug, who appears to be with Charlotte and Thomas; Abe, with one of Eli and Lani’s twins; as well as Allie, Tripp and Henry. Fans should expect a ton of feel-good Christmas moments as the little town celebrates the most wonderful time of the year!

A time-honored tradition for many Days fans is watching the Hortons don the family Christmas tree with custom ornaments for each and every member (or adopted member) of the clan. Grab a box of tissue for these scenes, as everyone reflecting on loved ones who aren’t there or who have passed away can get pretty emotional. #ImNotCryingYoureCrying

O.G. Jennifer Horton, played by actress Melissa Reeves, is set to return this holiday season in what is being dubbed a “Christmas miracle” storyline. Although she’s been away sorting her mother’s affairs, Horton simply can’t miss the holiday season with her family. Sounds like everyone will be worried that Jenn won’t be able to make it home in time for the holiday, but in true Days fashion… she’ll be there just as the Hortons come together to decorate the tree. With that said, is Jenn back for good?

From the preview video, it seems as if Abe and Paulina will mend fences. It also looks like Carver and Lani will agree to stay in each other’s lives and continue to build the bond they have grown. With that said, Lani will focus her negative energy on her bio mom. The Days video features a scene in which Lani gives Paulina the cold shoulder. Can these two ladies come together before Christmas and the New Year?

Across town, Johnny and Chanel will have “big news” for EJ, Paulina, Tripp and Allie. From the looks being shared between them both, there’s a good chance Mr. DiMera has proposed to Chanel, and she’s accepted. Can Days fans start gearing up for a wedding, come 2022? Another possibility could be that Chanel’s expecting! Would they be this happy about becoming new parents… or possibly a little stressed? 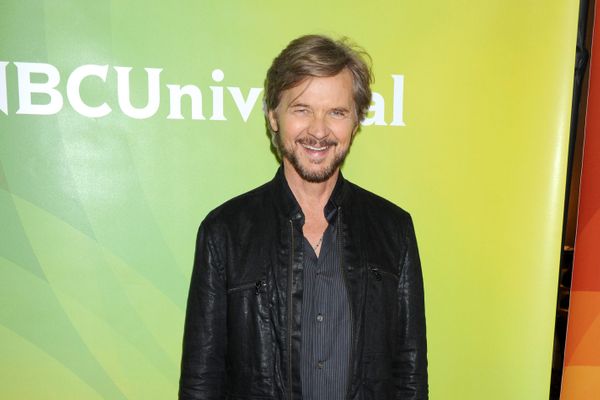