Will Johnny’s film move forward or fizzle? Will Julie and Doug be okay? Will Nicole and Rafe come together, or will someone else come into Walker’s life to switch things up? Days of Our Lives (DOOL) fans love to speculate on “what comes next” in storylines. As such, below are some DOOL plotline predictions for fall 2021.

From the sounds of it, Johnny DiMera’s movie will take center stage this fall. This makes sense, as several characters will be a part of the storyline. According to Days spoilers, Abigail will get placed into the mix, as DiMera will believe she should star in the film. Plus, it seems like John and Marlena may fund the flick. EJ won’t want the movie to happen, so he’ll be a part of things, too, in some ways.

11. Pulling From The Past

Days released a “Possession” preview video, and spoilers indicate that the soap is “revisiting” the possession storyline of 1995. Back then, Stephano DiMera drugged Marlena to transport her into a “fantasy” world in an effort to romance her. This made her susceptible to the “evil one”, and thus, she became possessed. The storyline is iconic but was shrouded in controversy at the time. While many viewers were on the edge of their seats, many fans also believed the arc was ridiculous. It really depends on who you ask. So will Evans be a victim once again, or will this storyline lead to another person being “possessed”? Will Marlena and John act as “advisors” this time around?

It seems as if Johnny may want Allie to play the role of Sami. Makes sense, as she is her mother’s daughter at times. However, Days spoilers also indicate that Abigail will star in the film. What if Abby plays a young Marlena? What if through her “research” and interviews with Evans, she comes across her friend’s possession ordeal? With Abigail’s mental health issues and past, if something like this happened, it would be hard for anyone to believe her. Chad doesn’t have the best track record when it comes to believing his wife, either.

Even though this is a “fall” plotline predictions article, actress Melissa Reeves (OG Jennifer Horton) is set to return to the land of Salem during the holidays for a “Christmas miracle” of sorts. Jenn is Abby’s mom. If Abigail is possessed (likely around Halloween time), this gives her a month and a bit to wreak havoc, only for her mother to return to Salem and save the day.

Could the movie spark a larger movement to find Sami Brady? Everyone was concerned for a bit, but the “search” has lost steam. Once Johnny rolls out his movie idea, wouldn’t Sami be needed for some input? A little history? Her perspective on things? There are enough people around to figure out facts and details, but she’ll be needed at some point to verify her side of things.

6. EJ’s Thrown Into The Mix

As Rafe struggles with his feelings, Days spoilers indicate that EJ and Nicole will get closer. These two had quite the romance back in the day, but Sami was always a thorn in their side. Plus, DiMera was far more smitten with her than Walker at the time. With Sami’s recent betrayal, EJ may feel as if it’s time to give his love for Nicole another chance. Was she “the one that got away” for him?

5. Could Sydney Return To Salem?

Digging through DOOL’s history vault, EJ and Nicole were once together and raising Sydney DiMera. This is because of a baby switch storyline, circa 2009. As fans know, it was revealed that Sami, not Nicole, was Sydney’s mom. Walker even kidnapped the child at one point and was very bonded to the little girl. Could Sydney return to Salem this fall? All of Sami’s other kids are in the little town right now. Sydney could also bring Nicole and EJ back together and remind them of a time when all three made a sweet little family.

Then, there’s the idea that Ava and Philip could become a thing. They once (kind of) worked together so that Philip could launder money through Titan for the mob. Could they forge a romance together? DOOL spoilers hint that they’ll team up to battle Gabi and Jake. Could scheming turn into kissing, which could turn into more?

Fans will soon learn that Doug Williams has dementia. Julie and Doug will struggle this fall. This news will tear at their hearts, but the good news is that the elephant in the room will finally be addressed. With the help of Kayla, Doug should be placed on a viable treatment plan. Things will get better before they get worse, and fans will see perspectives around the ups and downs of this terrible illness.

DOOL spoilers indicate that Paulina will struggle with guilt in the coming weeks. She’ll want to tell Lani (and Abe) the truth; however, knowing how it’ll affect them, she won’t. But what if Lani gets sick? Or the twins? Paulina might be able to help, and can brush it off as “being Lani’s aunt”. What if something happens where Abe isn’t a donor match for Lani? What if his paternity comes into question?

What if Tamara Price (Paulina’s sister and Lani’s so-called mom) gets sick and is almost ready to pass? What if Tamara believes it’s time to tell Lani and Abe the truth? She may be guilt-ridden on her death bed. Could Olivia believe it’s best not to say anything? Could Paulina be pulled to tell Lani the truth if it becomes Tamara’s last wish/request? 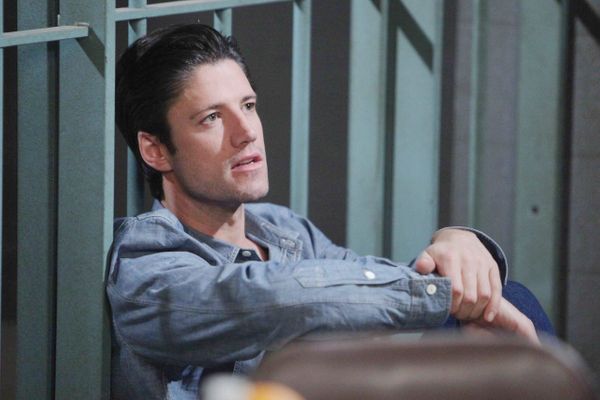