Days Of Our Lives: Plotline Predictions For September 2021

Will Allie be supportive of Johnny and Chanel’s relationship (once she finds out), or will she look for ways to sabotage it? Will the truth come out about Sarah Horton’s disappearance, once Rex steps into town? How will this affect the Xwen relationship? There’s nothing Days of Our Lives (DOOL) fans love more than speculating on storylines! As such, below are some DOOL plotline predictions for September 2021.

12. Allie Tries To Hide Her Jealousy

This September, Allie will try to hide just how jealous she is of Johnny hooking up with Chanel. She should be happy for the two of them, but she won’t be. She might even try to persuade both parties to not “rush into” a relationship. However, she will only mention these things when she’s one-on-one with either Chanel or Johnny.

Could these two besties head out for a “girls night” and drink a bit too much? Maybe share another lip-lock or even cross a line? What if the two experience a setback with their business? Could emotions run so high between Allie and Chanel that they seek comfort in each other’s arms?

If Chanel and Allie cross a line or even simply share a kiss, both ladies will be desperate to cover it up — Allie, more so than Chanel, because she has so much to lose. As Johnny is involved now, this complicates things for Allie. If she were to pursue things with her BFF, she would not only break Tripp’s heart but her brother’s too.

She’s Sami Brady’s daughter, so does it seem far-fetched that she may scheme to break Chanel and Johnny up? She’ll do it on the down-low because there’s no way Tripp would approve of anything like this. Plus, he’d catch on that she may have more-than-friend feelings for her BFF. Allie will likely try to sabotage the Janel relationship this month.

8. Chloe Breaks Up With Philip

Days spoilers indicate that Philip will see Chloe in bed with Brady in early September and is sure to lose it on Lane and Black. Kiriakis’ jealousy of Chloe and Brady’s bond will be the thing that does him in. Instead of playing things cool and calm, Philip might be his own worst enemy — but things are about to get far worse for him in September.

Philip will be so preoccupied with his relationship (and jealousy), he won’t catch what Jake and Gabi are up to. They’ll produce a scheme that makes him look bad, and Victor will demote his son (or even worse, he may fire him). Philip will not only lose his romance to Chloe in September, but he’ll also lose that coveted Titan CEO spot.

6. Victor Hands Over The Reins To Kate

Too bad for Gabi and Jake, though! They’ll do all that hard work for nothing. Sure, they’ll succeed in bringing Philip down, but there’s no way that Victor will turn to an “outsider” to run his company. He may approach Brady; however, Black will decline. Kate could move into the spot, too. Victor may not “trust” Kate, but he knows she can do a good job. Plus, as the mother of his son, she’s technically family.

Could Victor decide to hire Rex for Titan’s CEO position? As Kate’s son, he’s also “technically” part of the family (although that is a bit far-fetched). With that said, this is the land of Salem, and the writers could think of a good reason as to why Victor would want Rex Brady (of all people) leading Titan. Rex is set to come back to the little town soon, and all heck is going to break loose when everyone realizes that Sarah is not with him.

4. What Does This Mean for Xwen?

Gwen and Xandy are set to solidify their romance in the coming days. With the idea that Sarah didn’t go with Rex after all, and the potential that Maggie could be worried about her daughter if she’s not answering texts, etc., will Xander decide to search for Sarah? Will everyone be able to put two-and-two together? How will Gwen feel about all this? Could September be the beginning of the end for Xwen?

With Lani’s real biological roots recently revealed, could she fall ill in September? Perhaps she needs a transplant or bone marrow that only a direct family member (i.e. mom or dad) can give? Maybe Abe will try and test himself to help but he won’t be a match, which could also raise some eyebrows. This scenario might also fit well if either of the twins gets sick.

2. Rafe Breaks Things Off With Ava

Ava’s jealousy of Nicole and Rafe is growing and will continue to do so. Perhaps her ugly mob-princess side will emerge in September, enough to have Hernandez wanting to break things off with Vitali. Ava will lose her mind. She won’t like being dumped, and she especially won’t appreciate it if Nicole and Rafe get closer once he does cut romantic ties with her.

DOOL spoilers for September hint that Ava will have an announcement for Rafe. Sounds like whatever she says will catch him off guard. If he doesn’t break things off with her, could she propose to him? What if he does break things off with her, and she announces she’s expecting his child? That may have him rethinking his decision to break things off. It could also place a wedge between him and Nicole. Rafe has never had the opportunity to be a father, other than a stepfather or adoptive role. He would jump at the chance to have his child. 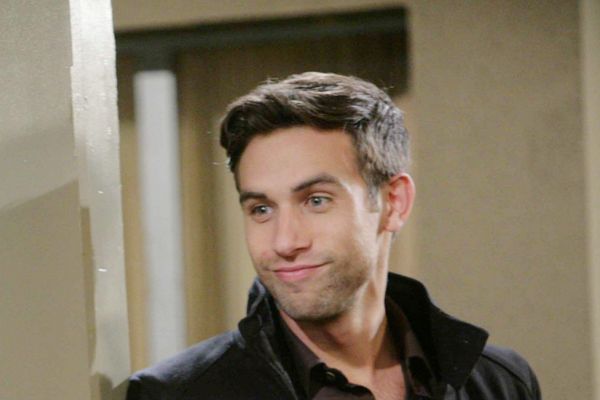 Days Of Our Lives’ 12 Most Unbelievable Character Transformations