Days Of Our Lives Plotline Predictions For The Next Two Weeks (August 3 – August 14, 2020)

As the summer rolls on in the land Salem, so does the drama! Will Eve get away with all she is doing? Who will end up adopting Allie’s baby now that the truth is out? Will Bonnie dig her claws into Justin? Learn about these storylines and others in the Days of Our Lives (DOOL) plotline predictions for August 3 to August 14, 2020.

According to Days spoilers, Eve will continue to torment Ben starting the week of August 3rd. She’ll likely continue to mess with his head and cause damage; however, help is on the way in the form of Team Brady (Hope, Ciara, Shawn, and Claire), so Ben may get some relief and soon. 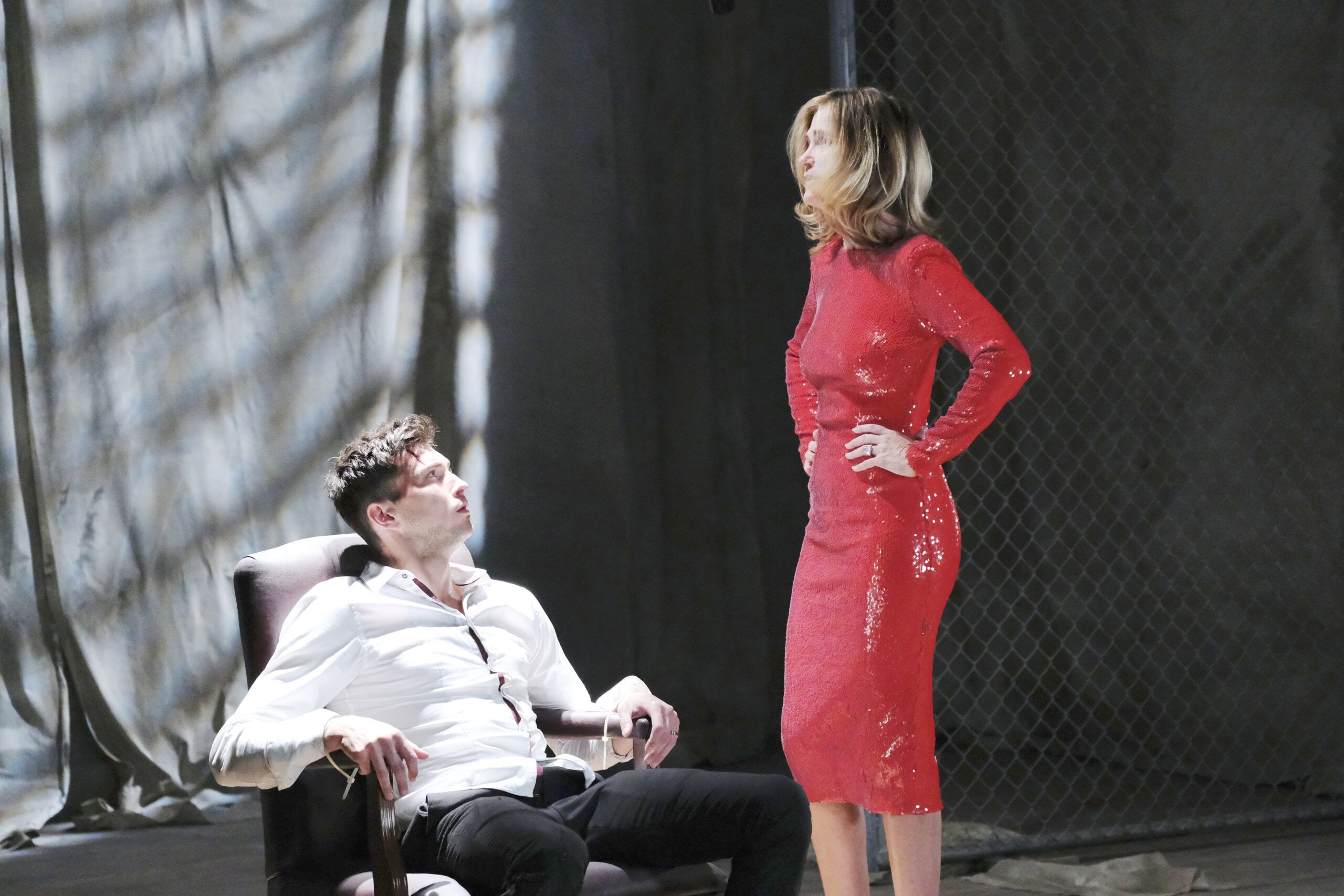 Chloe Lane will make a splashing returning the week of August 3rd, and for one reason or another, she seems to have the “goods” on who is holding Ben captive. She’ll be able to lead Ciara and her crew in the right direction to save Ben. DOOL spoilers tease it may be too late, but there is a particularly good chance it won’t be. 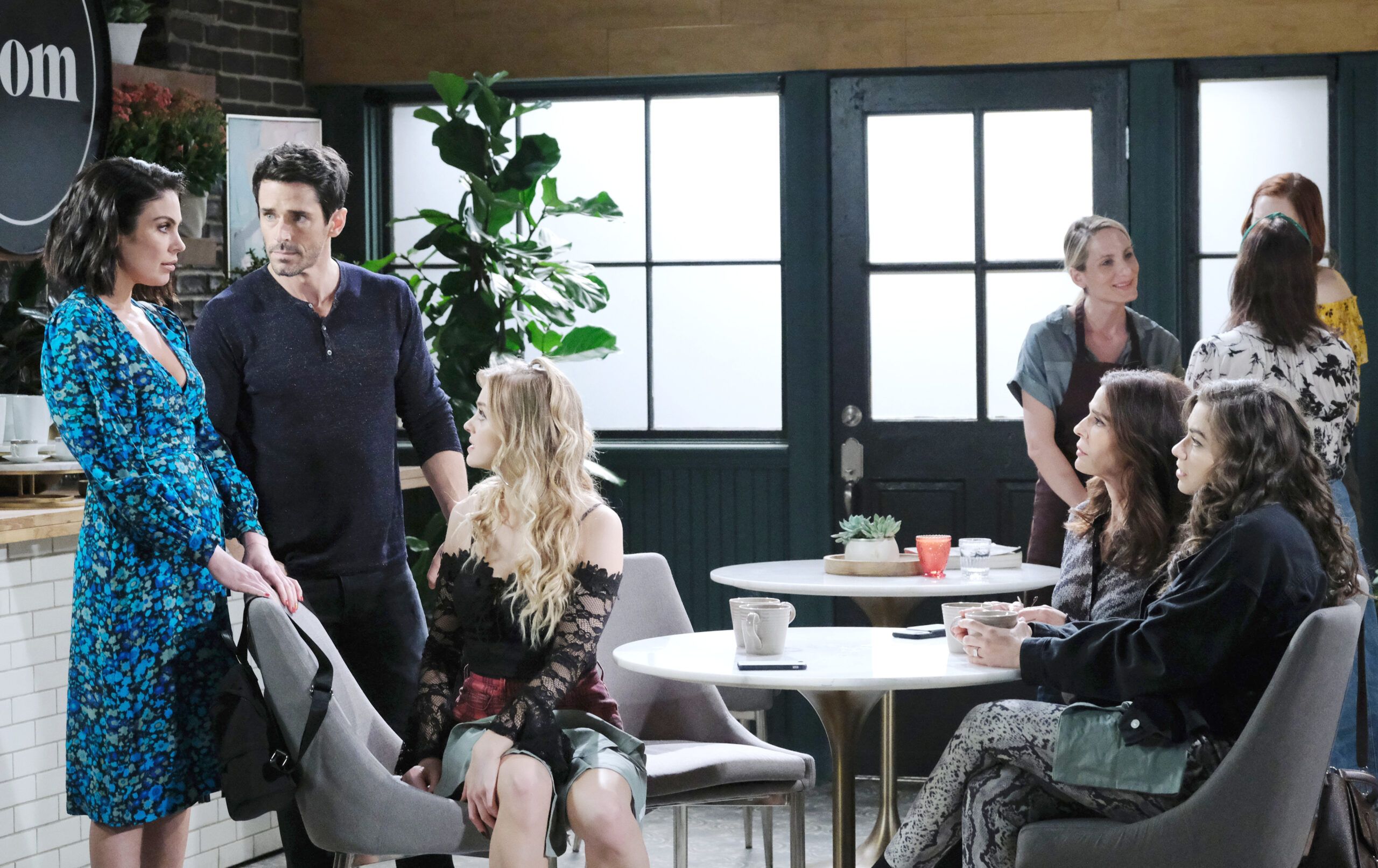 Ben will get saved, and most likely return to Salem; however, whatever brainwashing damage Eve does will sink in. Sadly, Days spoilers reveal that Ben will have a nightmare the week of August 10th where he is strangling Ciara. While Ciara and Ben will be reunited, they have a long road ahead when it comes to Ben and his mental health issues. 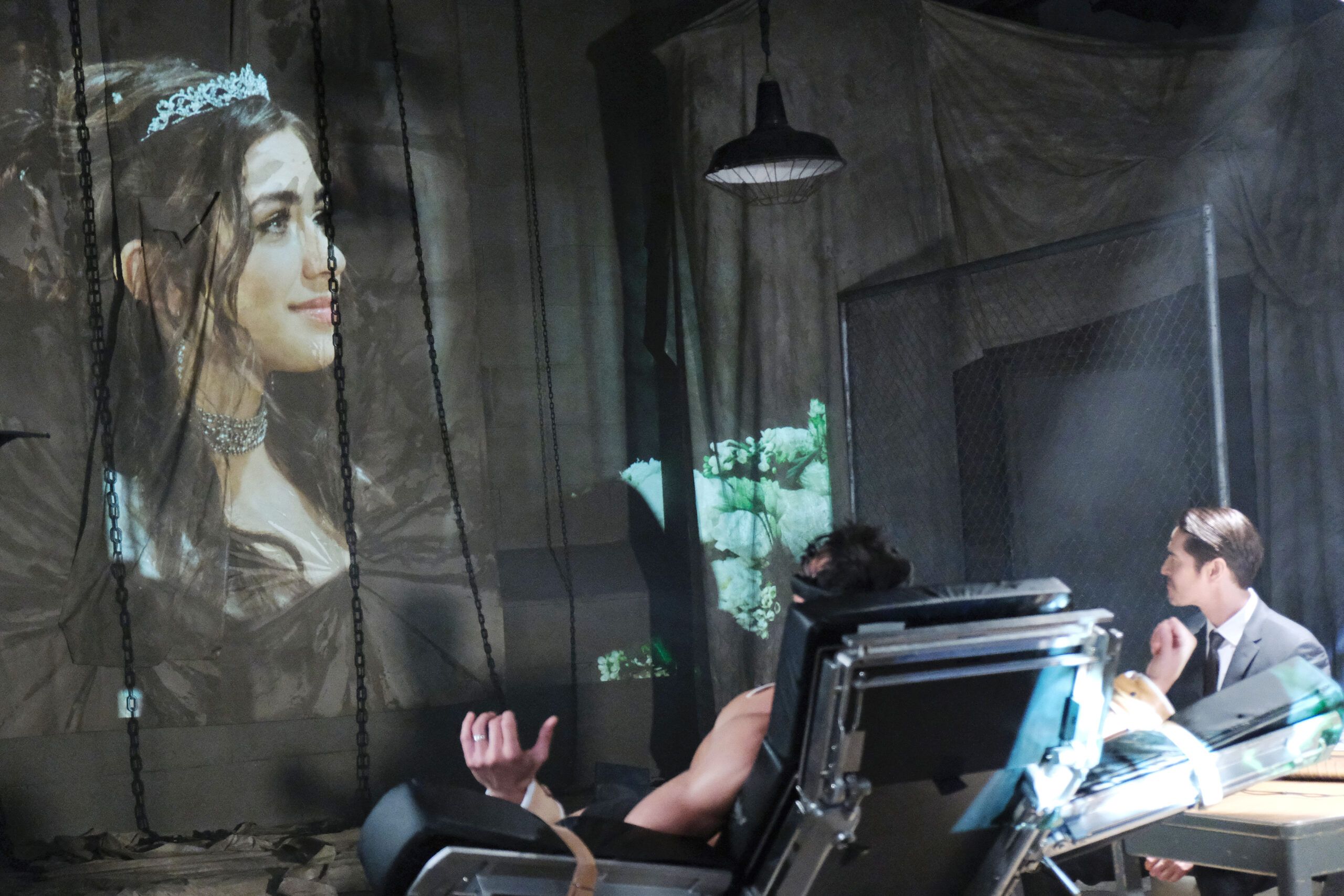 While Ben will be saved, it’s clear that Eve will escape. This not only makes sense for the storyline to progress but also when it comes to Days spoilers. They suggest that Claire and Eve will run into each other, and Donovan will plead with Claire to not turn her in. 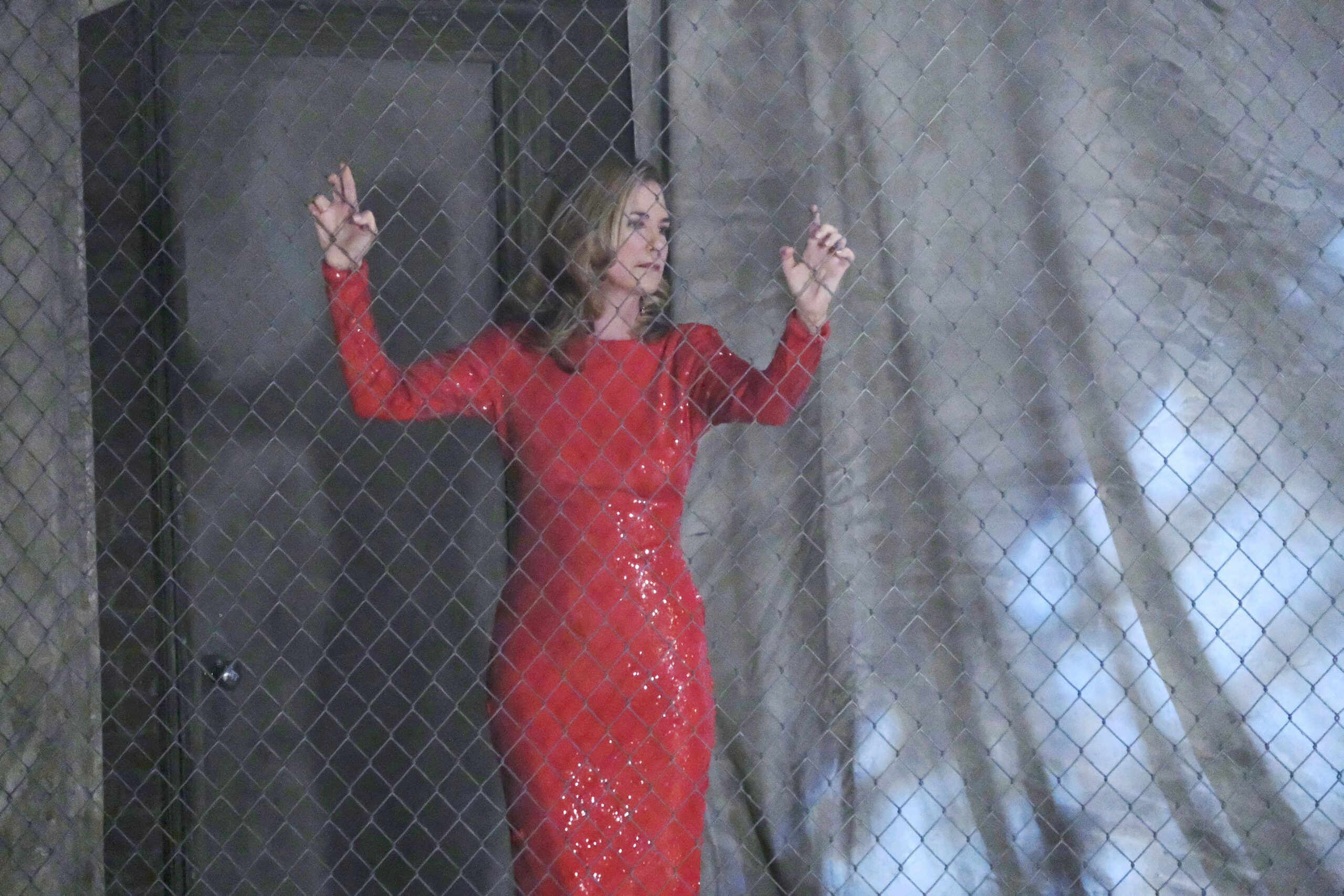 8. Claire Needs To Make A Decision

While they could run into each other, Eve could also reach out to Claire, which could leave the young lady in a weird position. She’s been trying so hard as of late to prove that she’s changed, and if Eve poisons her mind, she could make a huge mistake. Ciara and Ben were quick to accuse her of all the misdoings around their wedding, and Eve could twist this in her favor to manipulate Claire. 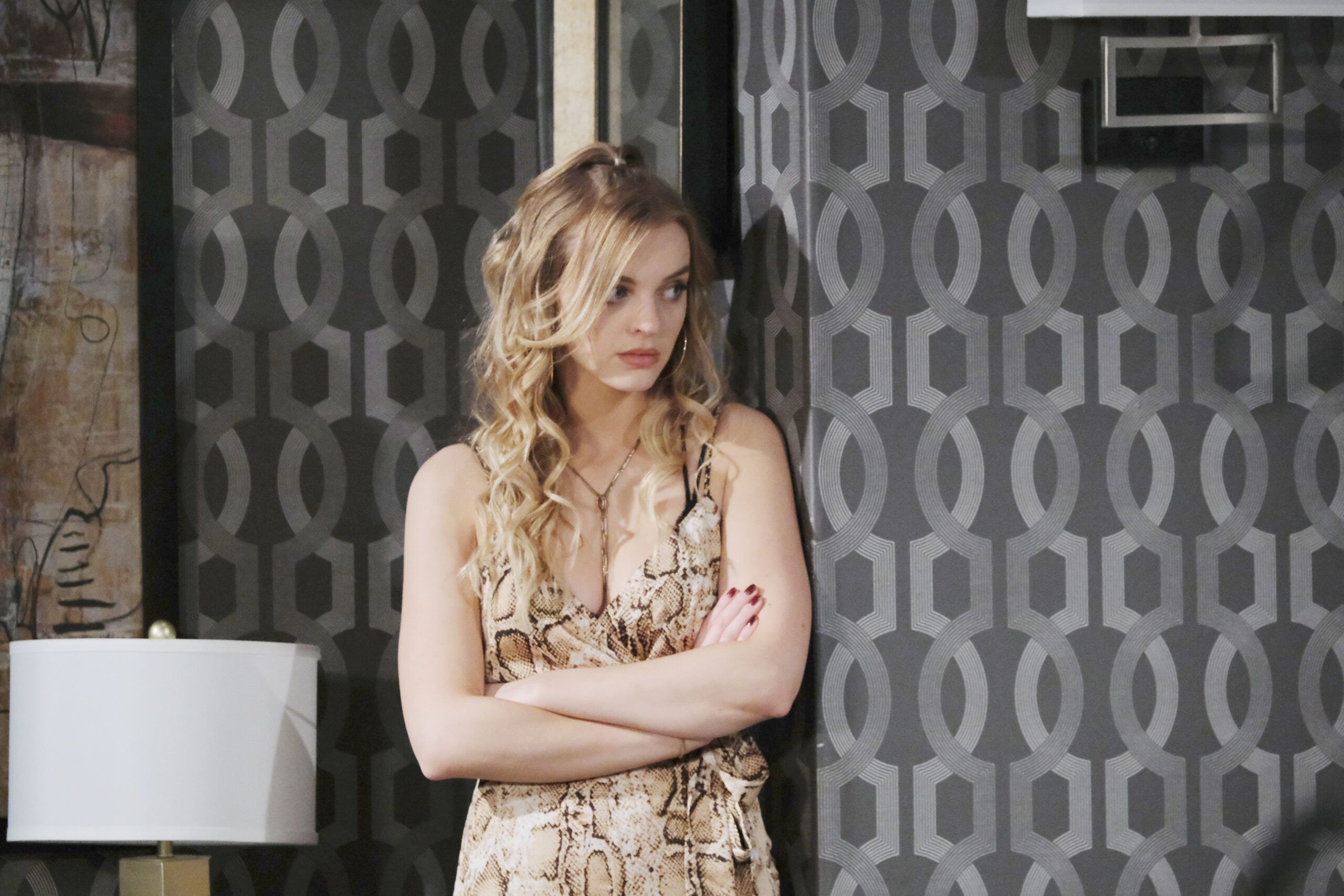 As per DOOL spoilers, Nicole will continue to cause issues for Sami this coming week. She’ll turn to WilSon and relay what Sami did (influencing Rafe to turn down Allie’s adoptions offer, and as such, this will leave Sonny fuming. So much so that he will actually confront Sami about it. 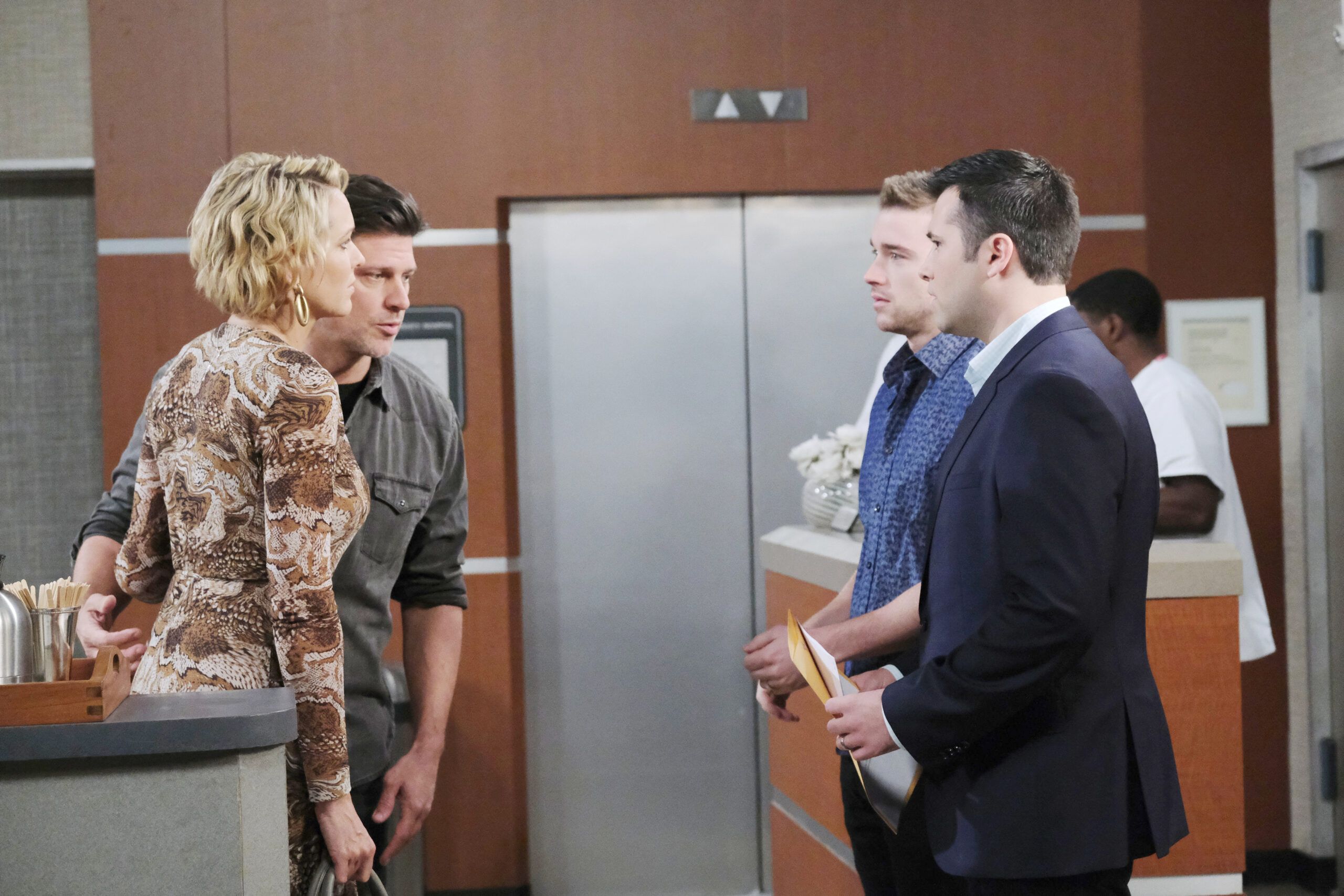 But does Will feel just as angry? Seems as if he won’t; he may appreciate what his mom did. Regardless, his actions this week may cause some tension between him and Sonny. DOOL spoilers indicate that Sonny will learn of something Will did and feel betrayed. Seems like Sami may be behind this all. 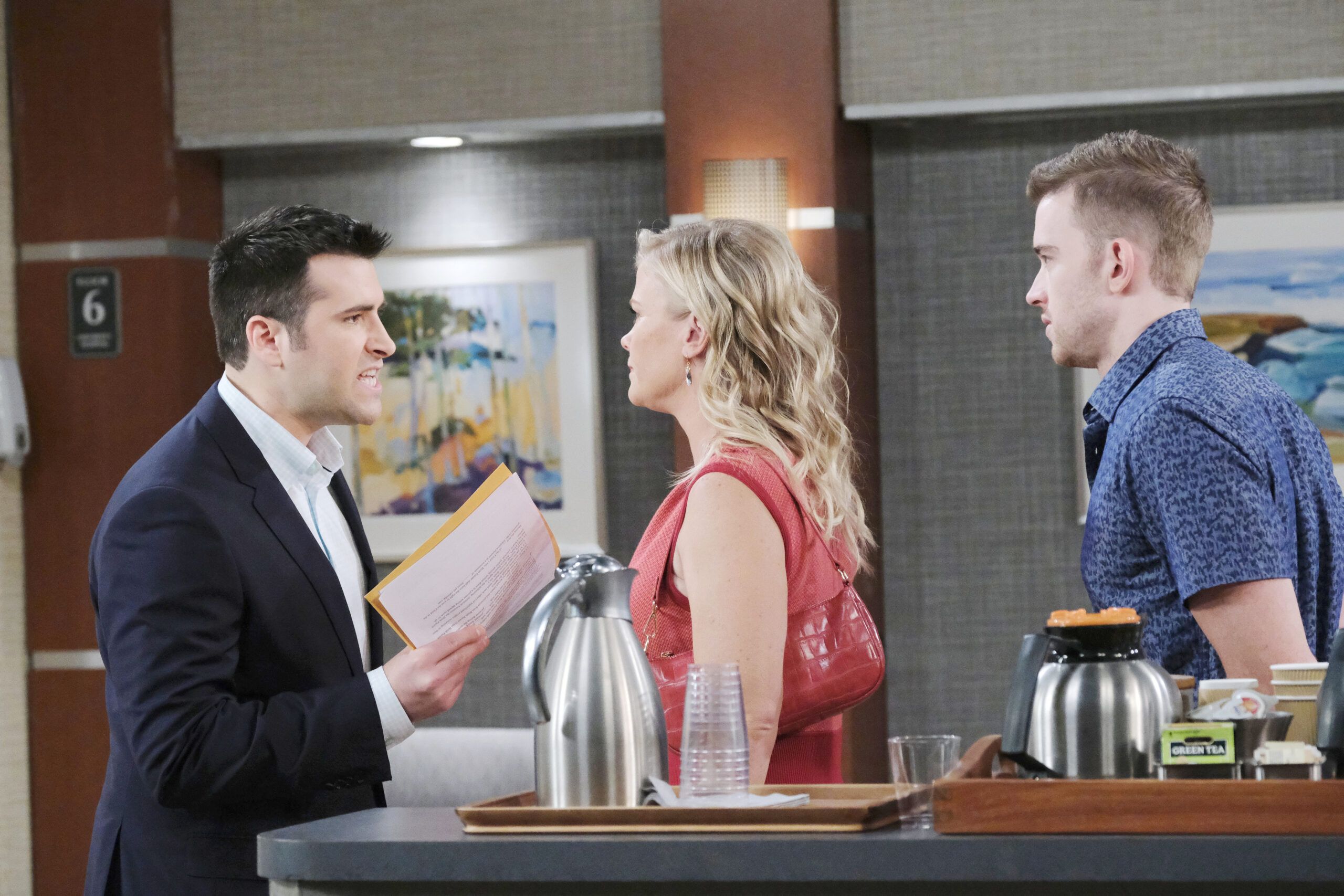 Regardless of it all, DOOL spoilers for the week of August 10th relay that Allie will come up with a solid decision around her son’s adoption, and it might be something that no one expects. Could she decide to keep her baby boy after all? What happens next may have viewers taken aback! 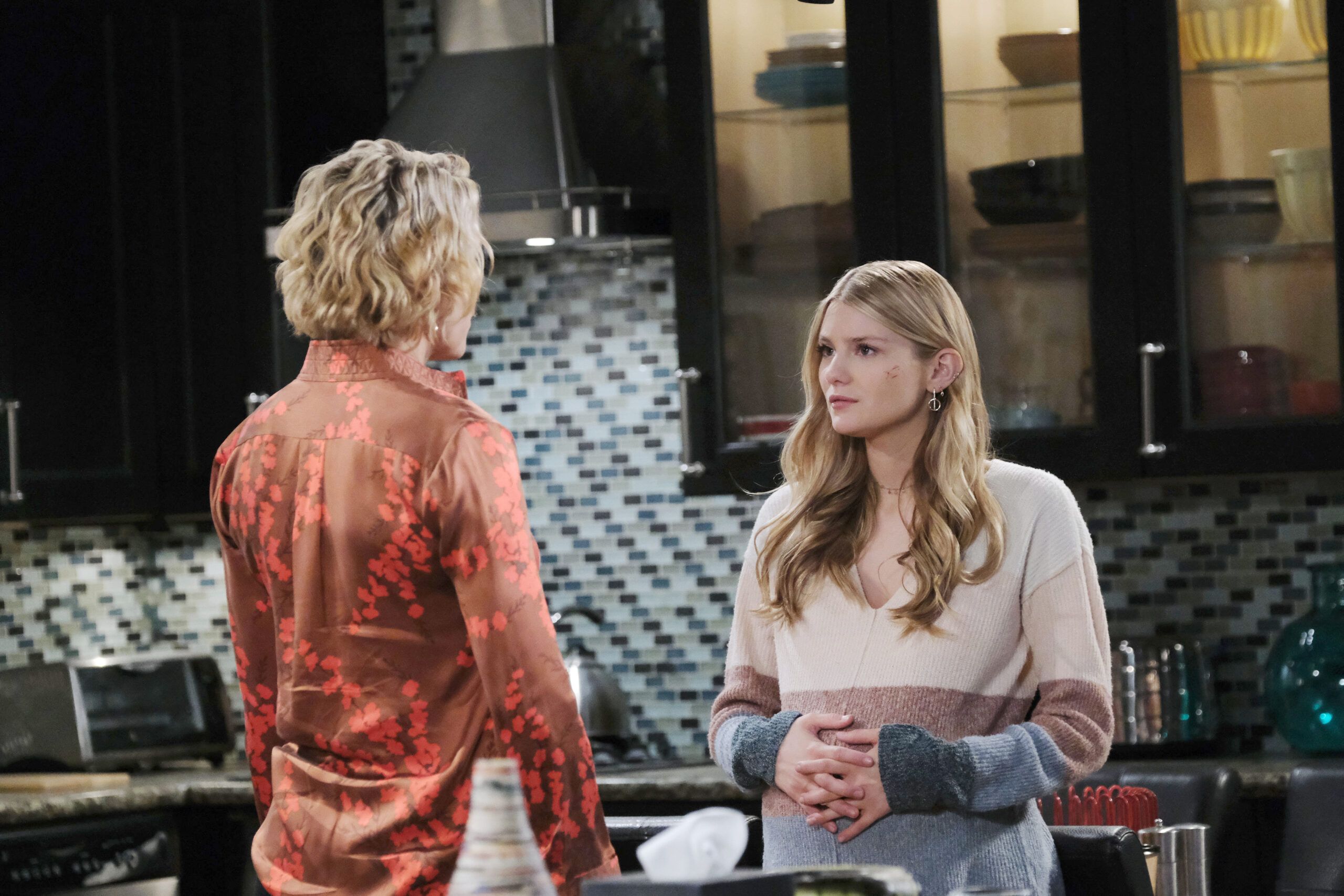 DOOL spoilers indicate that Allie will skip town. If she does go on the run, with baby in tow, this may not be the best situation for herself or the little one. Days teasers reveal that Sami, Eric, and Nicole will embark on a search; they’ll be concerned for not only the child but also for Allie! 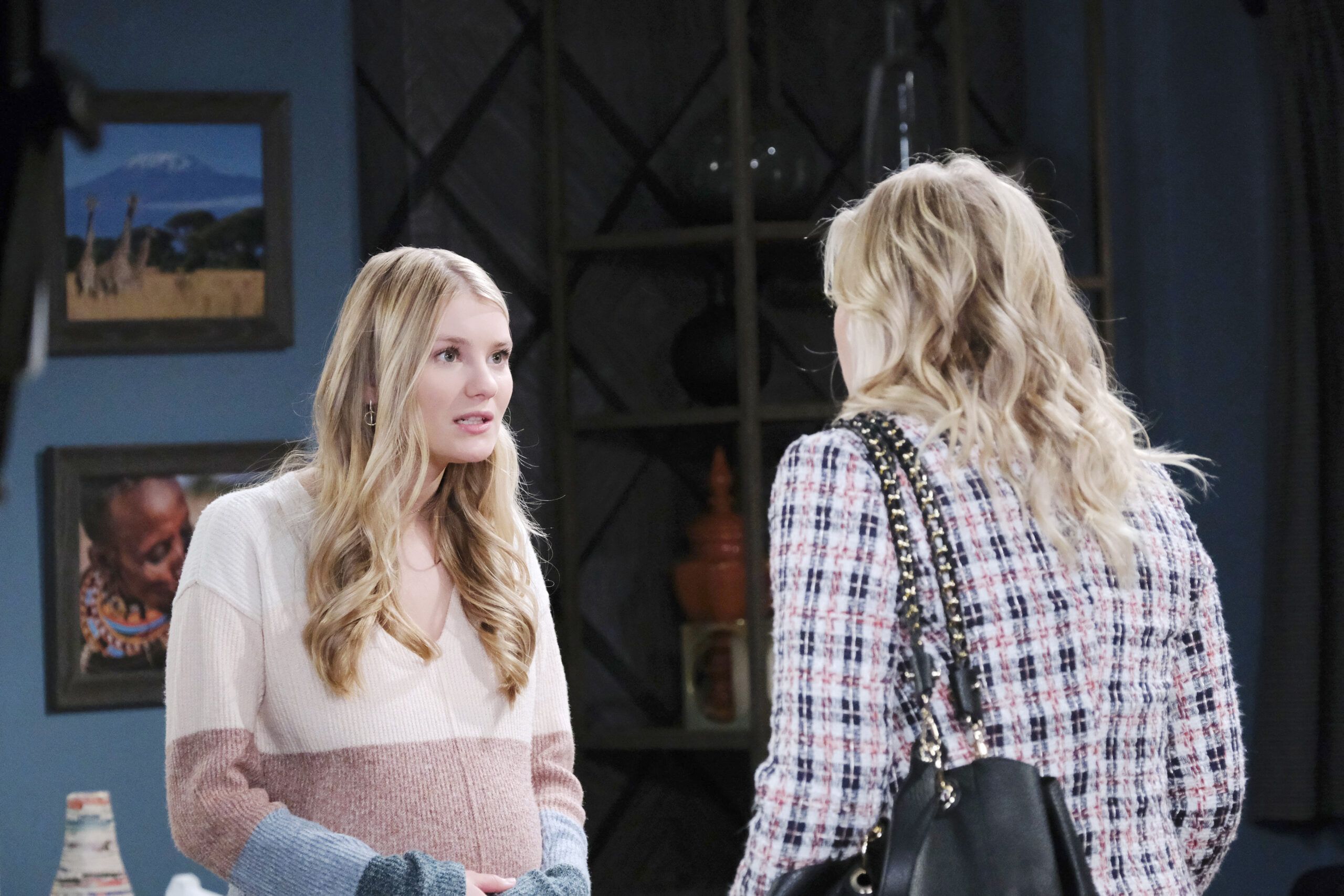 Steve and Kayla are finally reunited; however, this doesn’t mean that it’ll be all sunshine and rainbows moving forward, and there won’t be awkwardness with Justin. DOOL spoilers hint that the two will try and organize a romantic evening that takes a turn. How many guesses that they’ll run into Justin at some point? 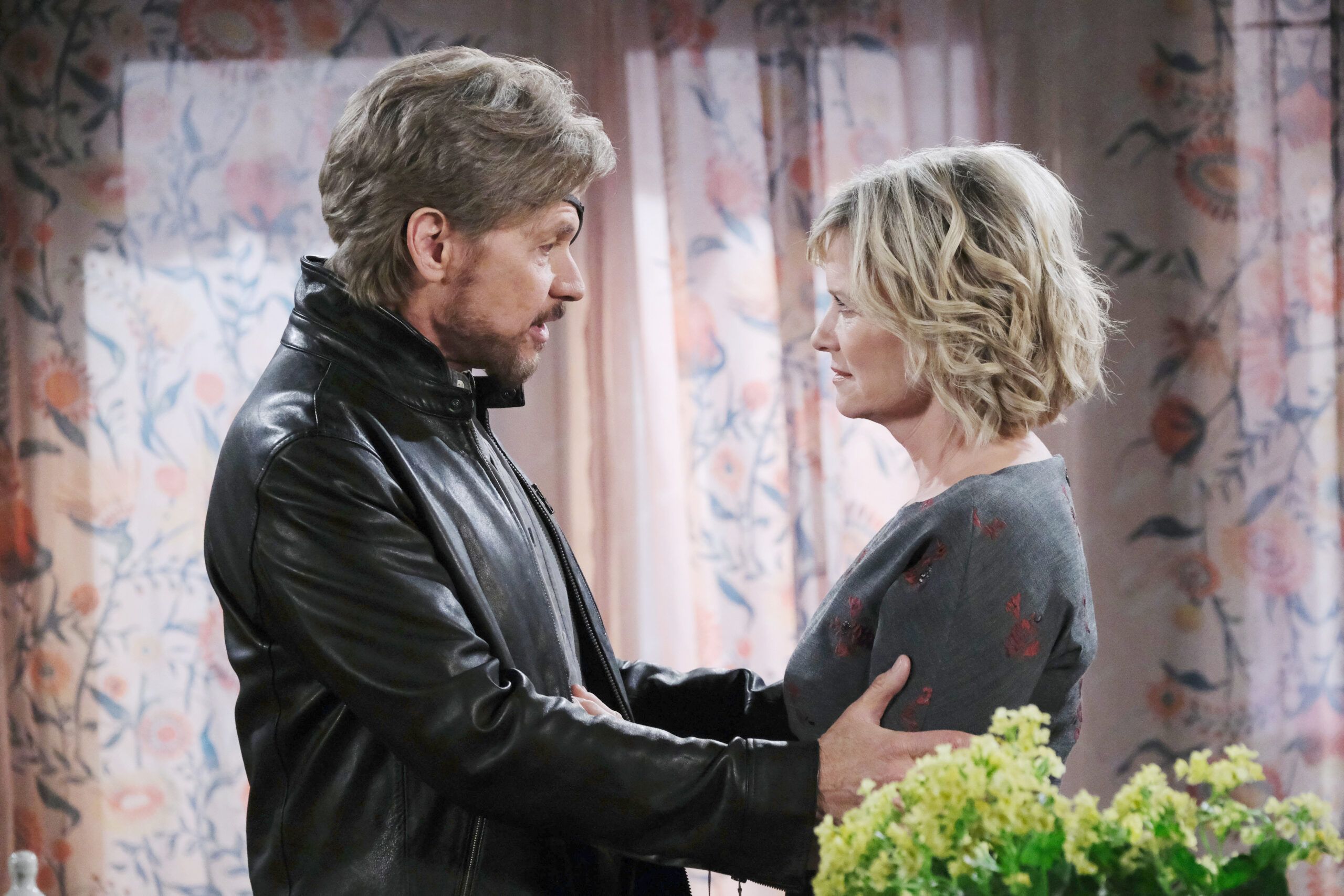 Speaking of, Justin and Bonnie will start to get closer and closer in the coming weeks. This romance will be interesting because Bonnie looks so much like Adrienne; however, viewers may see a softer (and more lovable) side to Bonnie emerge in the coming weeks and months ahead as these two get to know each other better. 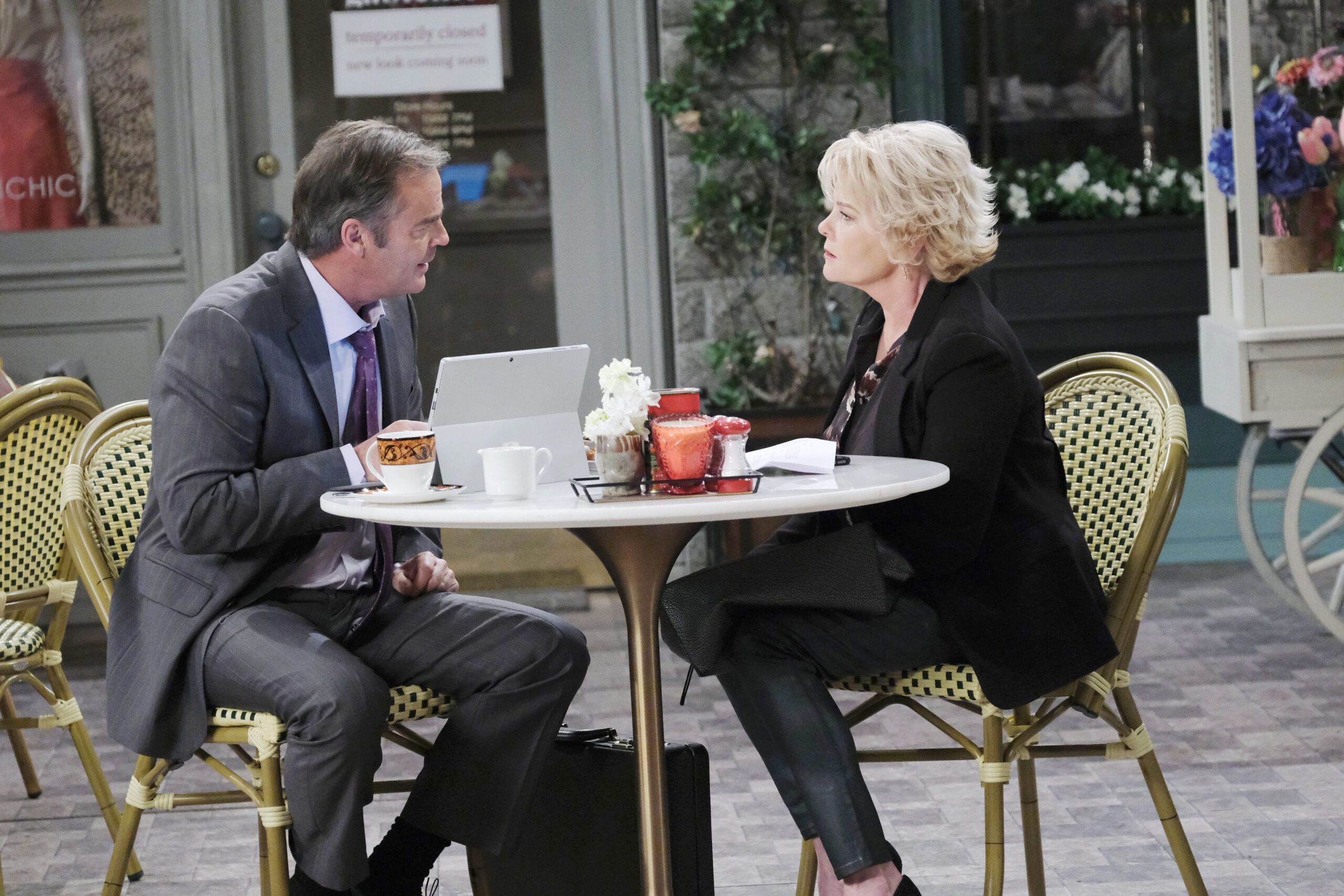 It’s clear that Chad and Gwen will get closer in the coming weeks, as she’ll spy on Gabi for him, at his request. Meanwhile, as much as Gabi tries to fight it, she may start bonding with Jake. After all, DOOL spoilers hint that she’ll ask him for help when it comes to Li Sin, so while she’s been trying to push him away (as he is not Stefan), she may find herself falling in love with her hubby’s twin. 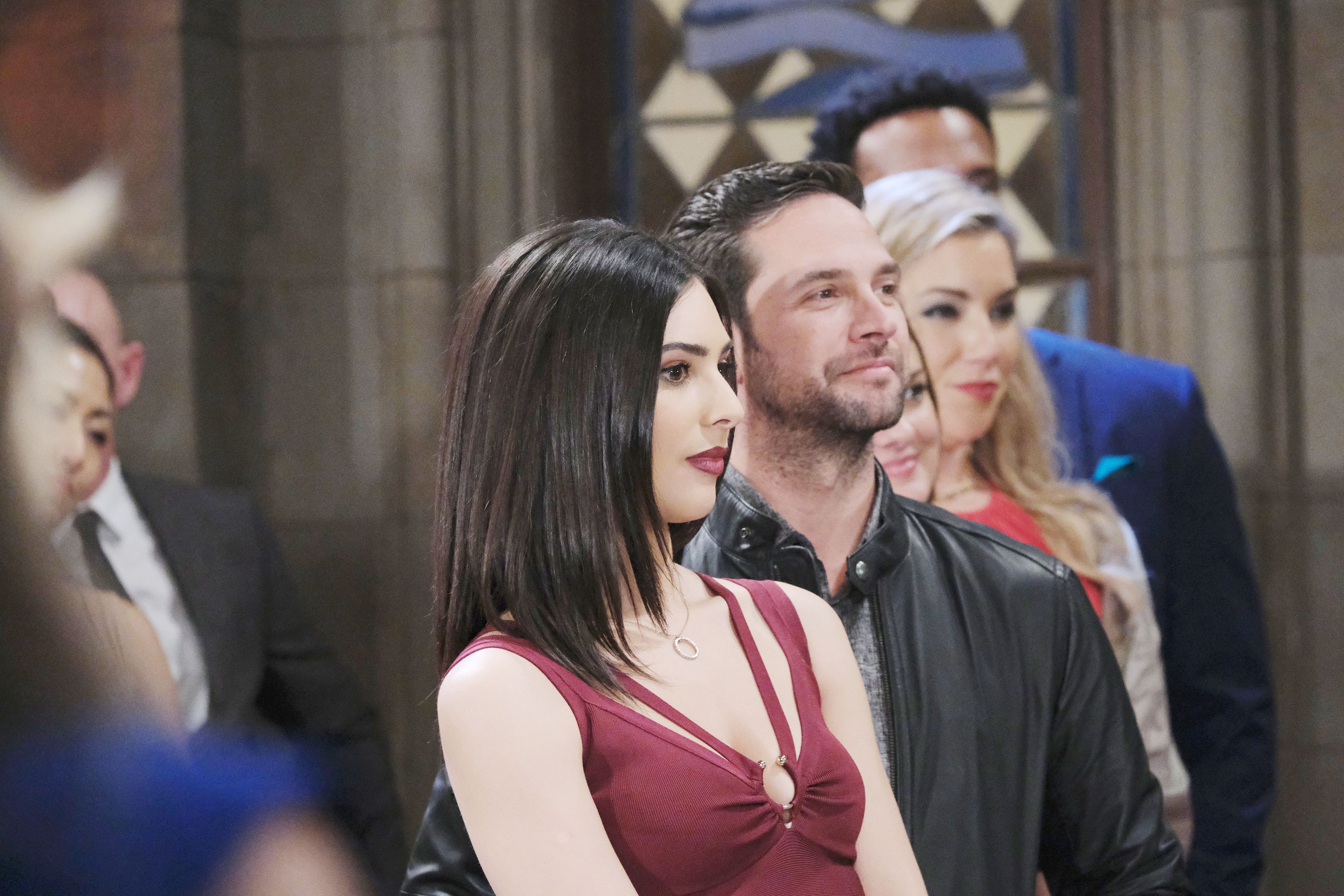 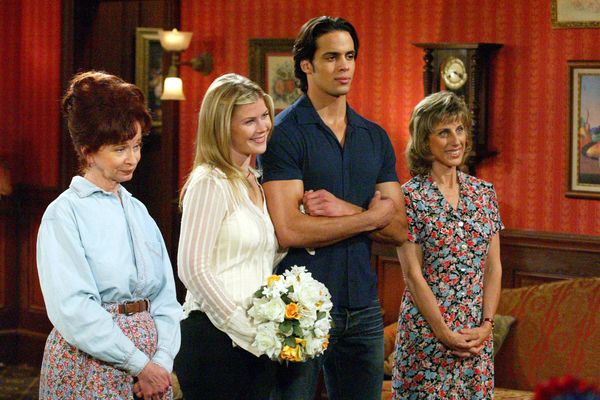