Will Abigail’s killer be exposed over the next two weeks? What kind of chaos is on the horizon for Salem when some “bad guys” hit the little town? Will Xander and Sarah tie the knot this week, or will the ceremony be stopped altogether? Days of Our Lives (DOOL) fans just love to speculate on storylines. As such, below are some DOOL plotline predictions for July 18th to 29th, 2022.

13. What Will Lucas See During Hypnosis?

The Days weekly preview shows Marlena hypnotizing Lucas, as he remembers the night of Abigail’s stabbing. Despite all the circumstantial evidence against him, most fans know that he isn’t the one who killed Ms. DiMera. He could never do something like this to his niece, drunk or sober. However, he will see something while under hypnosis. But will it be the murderer, or will it be more smoke and mirrors to deflect who the real killer is? Could he see Leo in the house, or possibly Sarah? 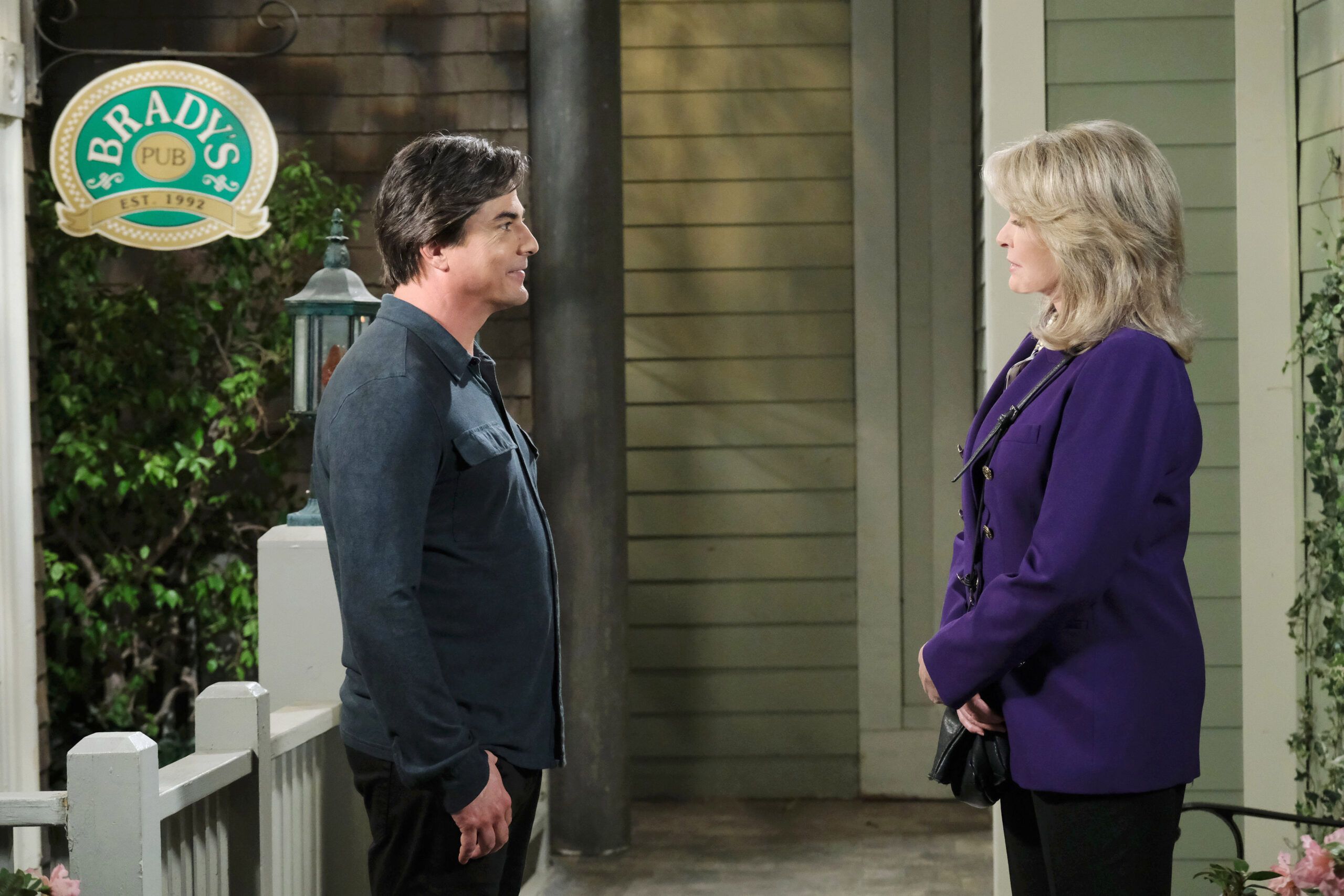 Meanwhile, Days spoilers for the week of July 25th state that another Salemite will get the ax. Who will be the next person to meet their maker? Will this be linked to Abigail’s stabbing? Could the little town now be looking at a serial killer case? If Leo is the one who hurt Abigail, could someone else be on his list? Could Brady or Chloe be a goner as of next week? Maybe even Nancy? 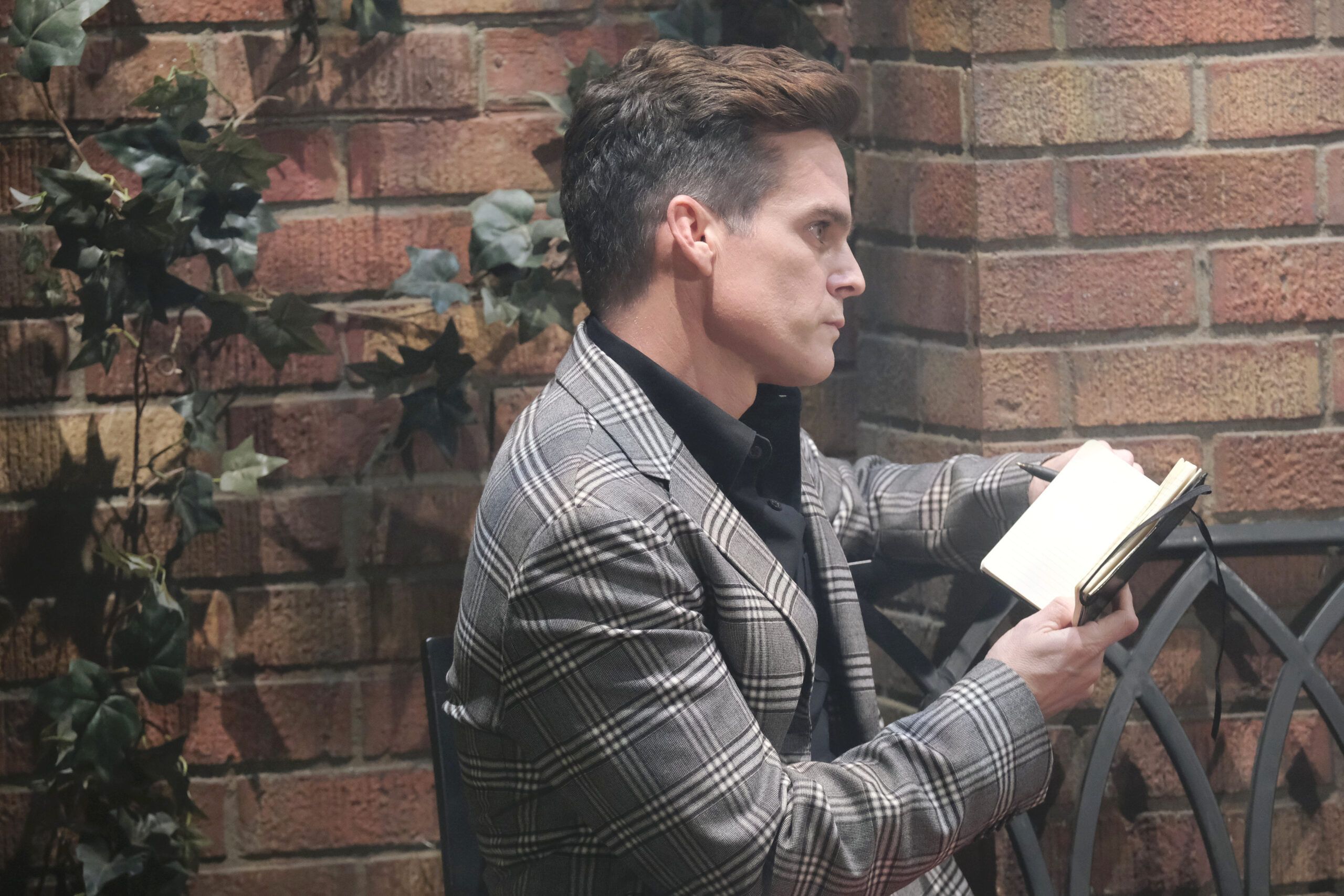 DOOL spoilers for the week of July 25th also note that the DiMera family will be “rocked with another tragedy”, and EJ will try to take advantage of the situation. Could the next Salemite who is axed be a DiMera? Will the family feel as if someone has a vendetta against them? 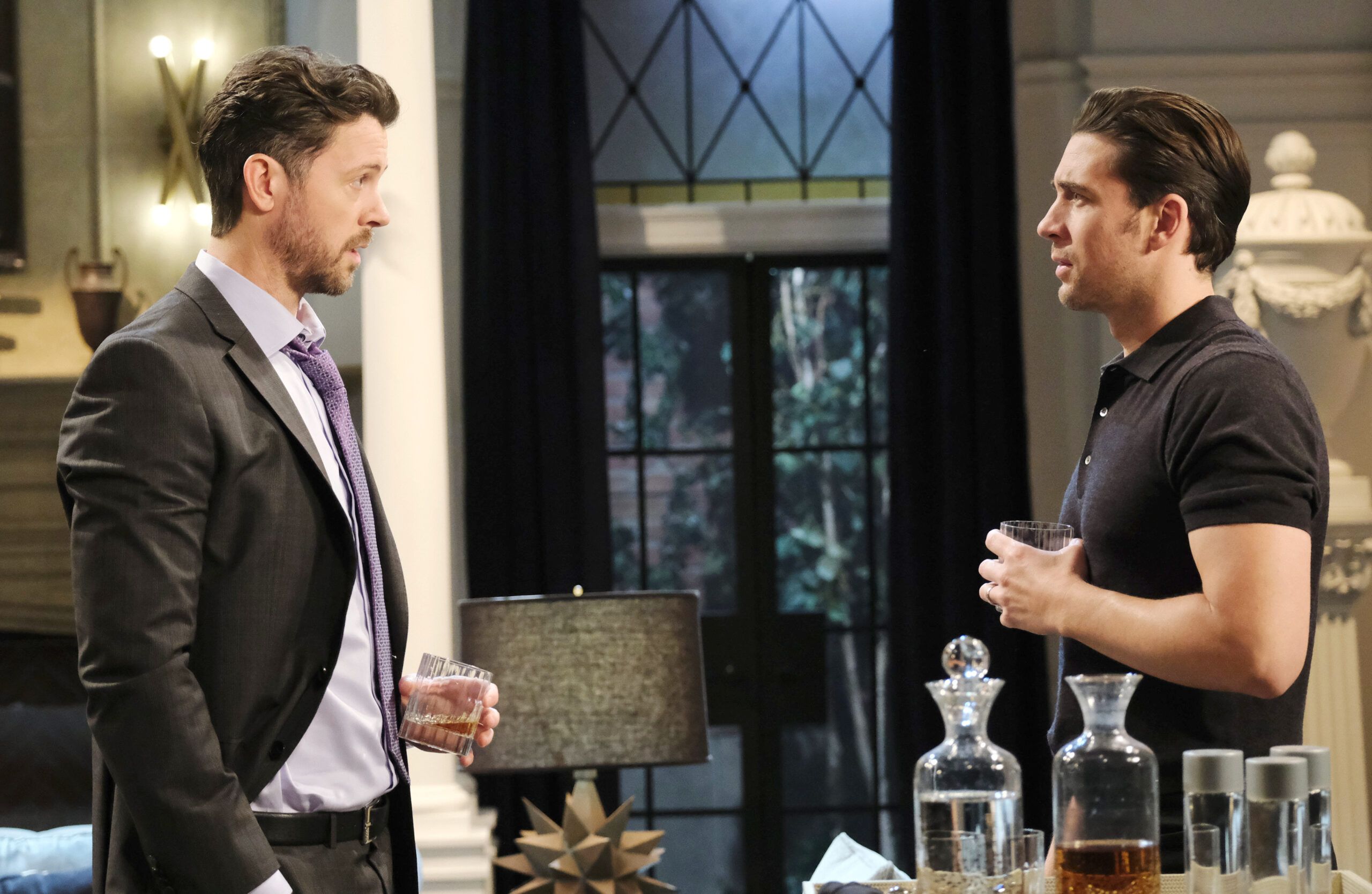 DOOL spoilers suggest that a “collection” of bad guys will storm the little town on Friday, July 22nd. A lot will be going on at the prison in the days ahead, as Kristen becomes Gwen’s new cellmate. DiMera will also have a chance encounter with Evan that proves to be eventful. Remember when Orpheus, Clyde and Xander broke out of the prison years ago and caused chaos in Salem? This could be a similar storyline! Could Orpheus, Evan, Gwen and Kristen (possibly others, too) escape prison, head to Salem, and go on a crime spree? 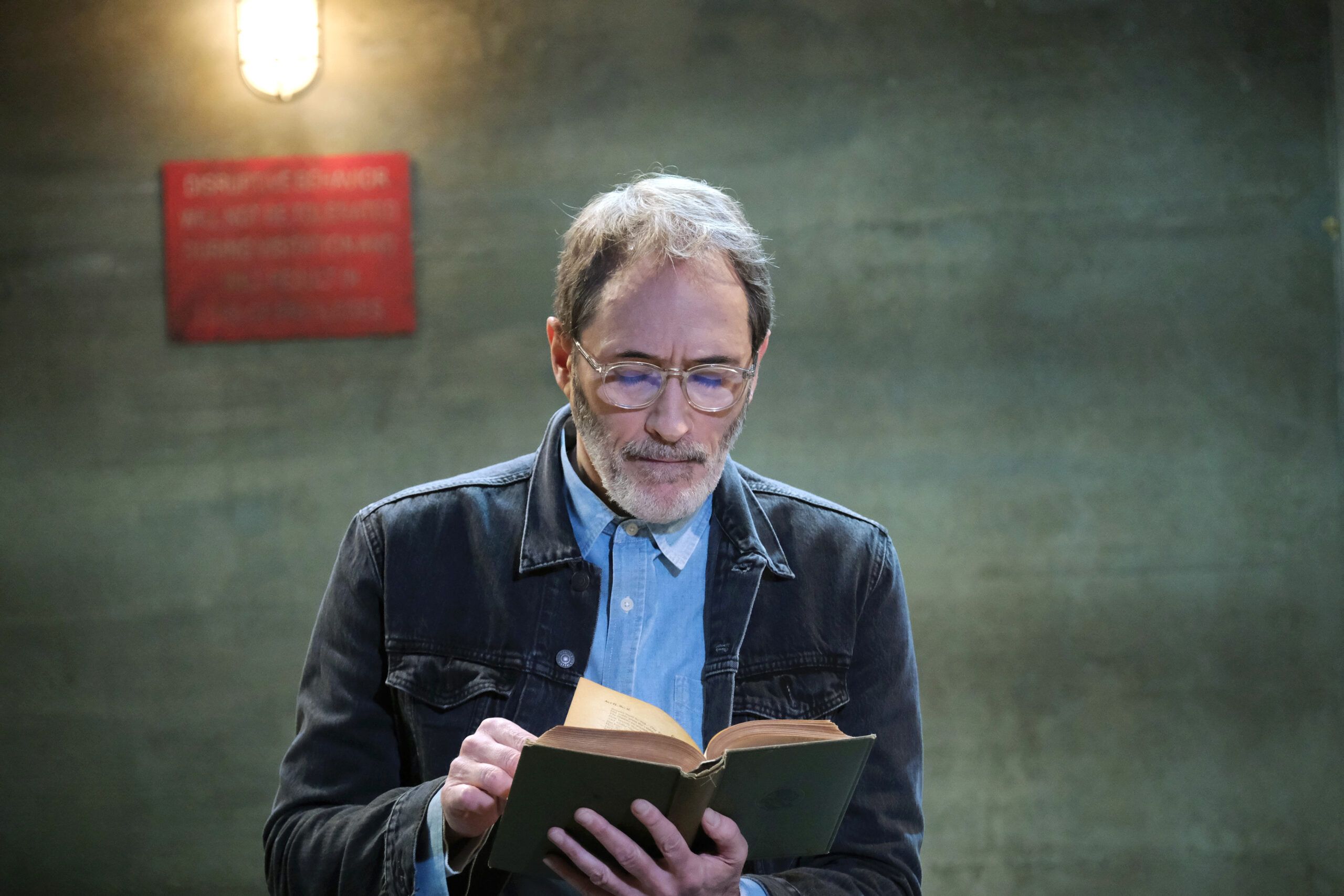 There are some hints within Days spoilers over the next two weeks that Kristen could escape the prison and cause chaos — even if it’s just on her own. First, teasers indicate that Ms. DiMera will be in a power position against Chloe and Brady. In addition to that, she’ll also “target” Gabi where DiMera Enterprises is concerned. 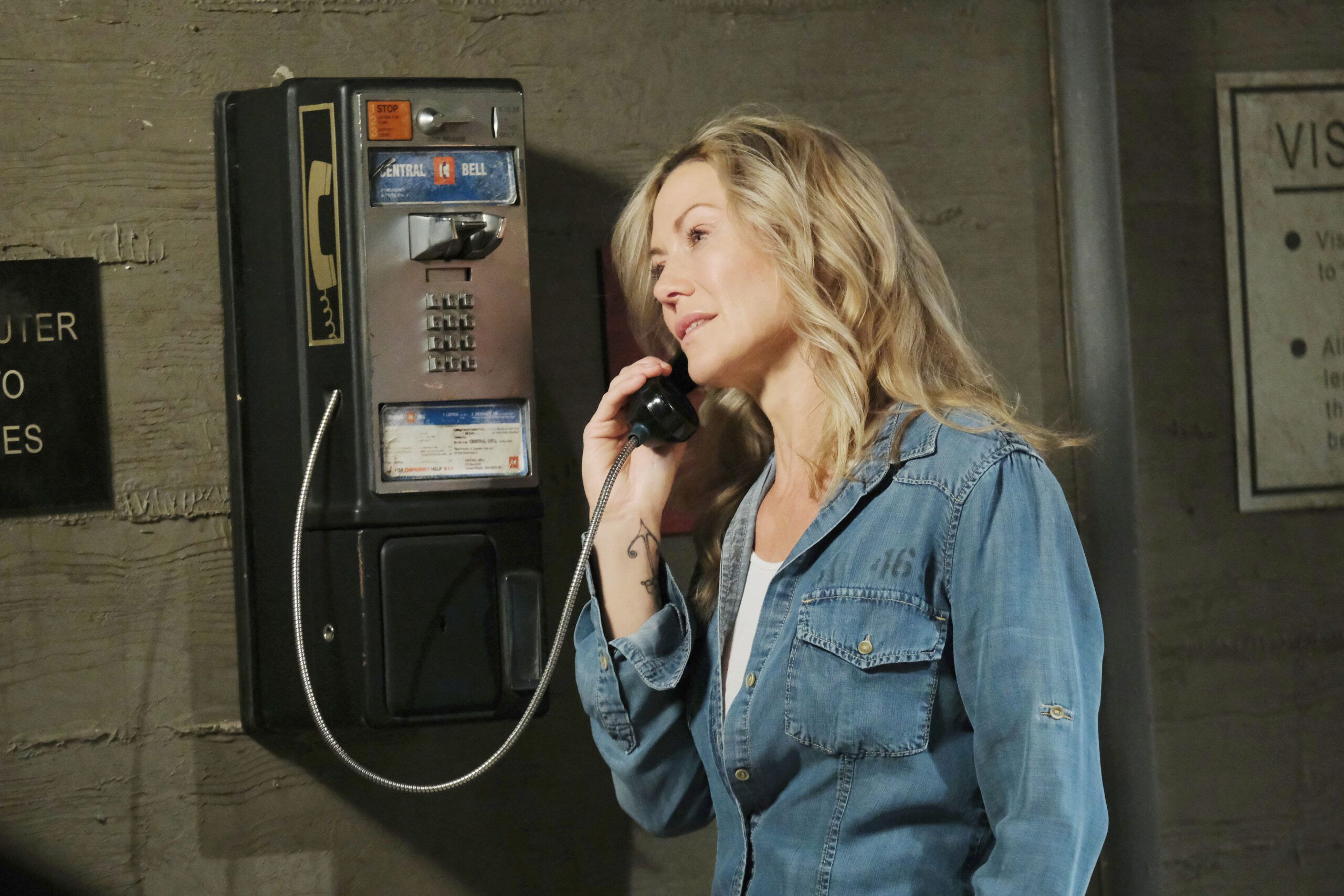 Salem can only really handle one Ava, but DOOL spoilers for this week suggest that Jake will see “double” when he has questions for Ava… and her accomplice… “Ava”. Kristen loves nothing more than her masks and parading around as others. Could Vitali help either her or Gwen out of prison by offering them an “Ava” mask with which to slip past the guards? Will Jake finally see the manipulative side of Ms. Vitali? 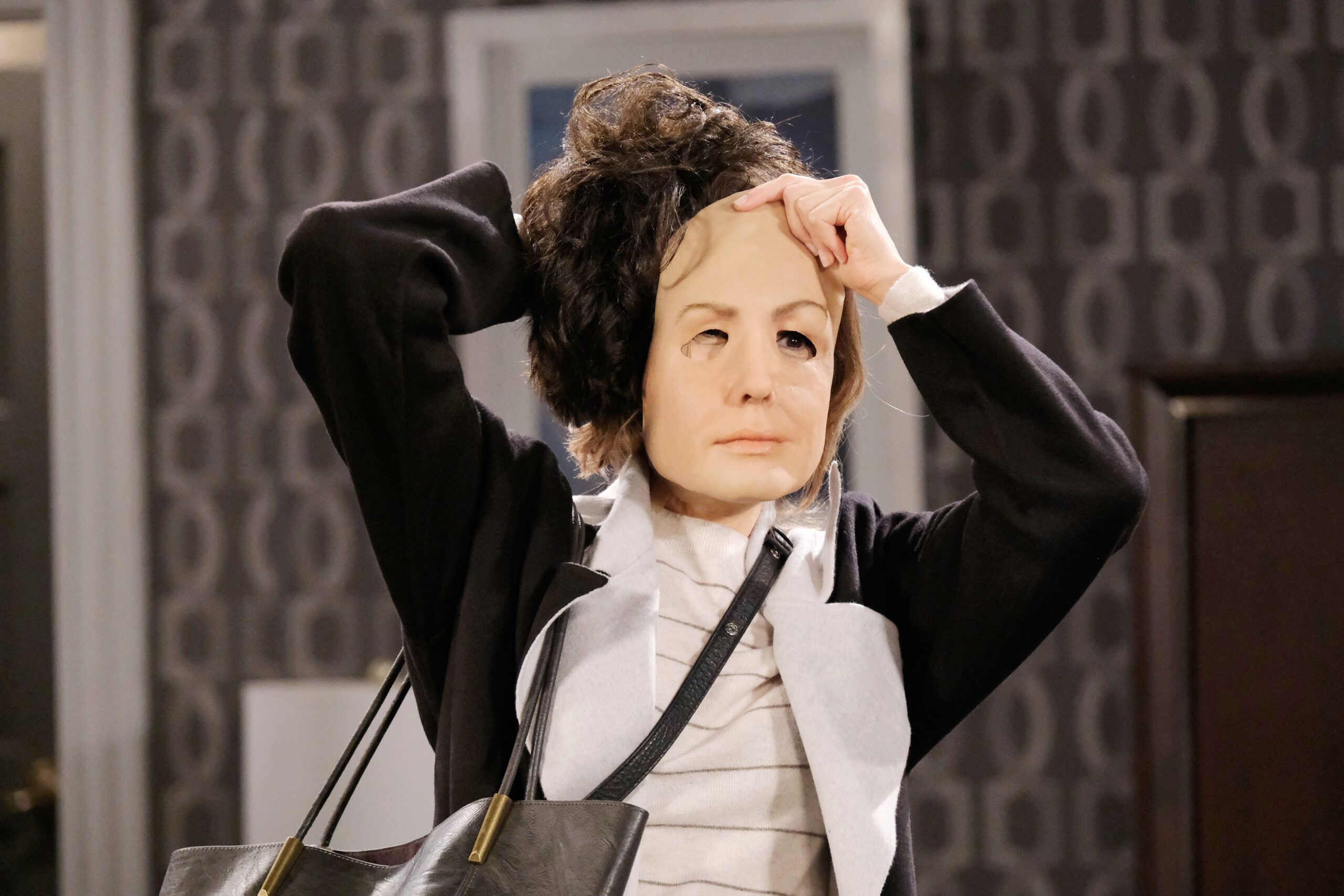 Xandy and Sarah are going to attempt a quickie wedding during the week of July 18th, but it sounds like the ceremony will get stopped. If Gwen escapes, could she be the one to stop things in a dire or over-the-top fashion? Could Kristen help? She’s not overly fond of Sarah (or Xander, for that matter). 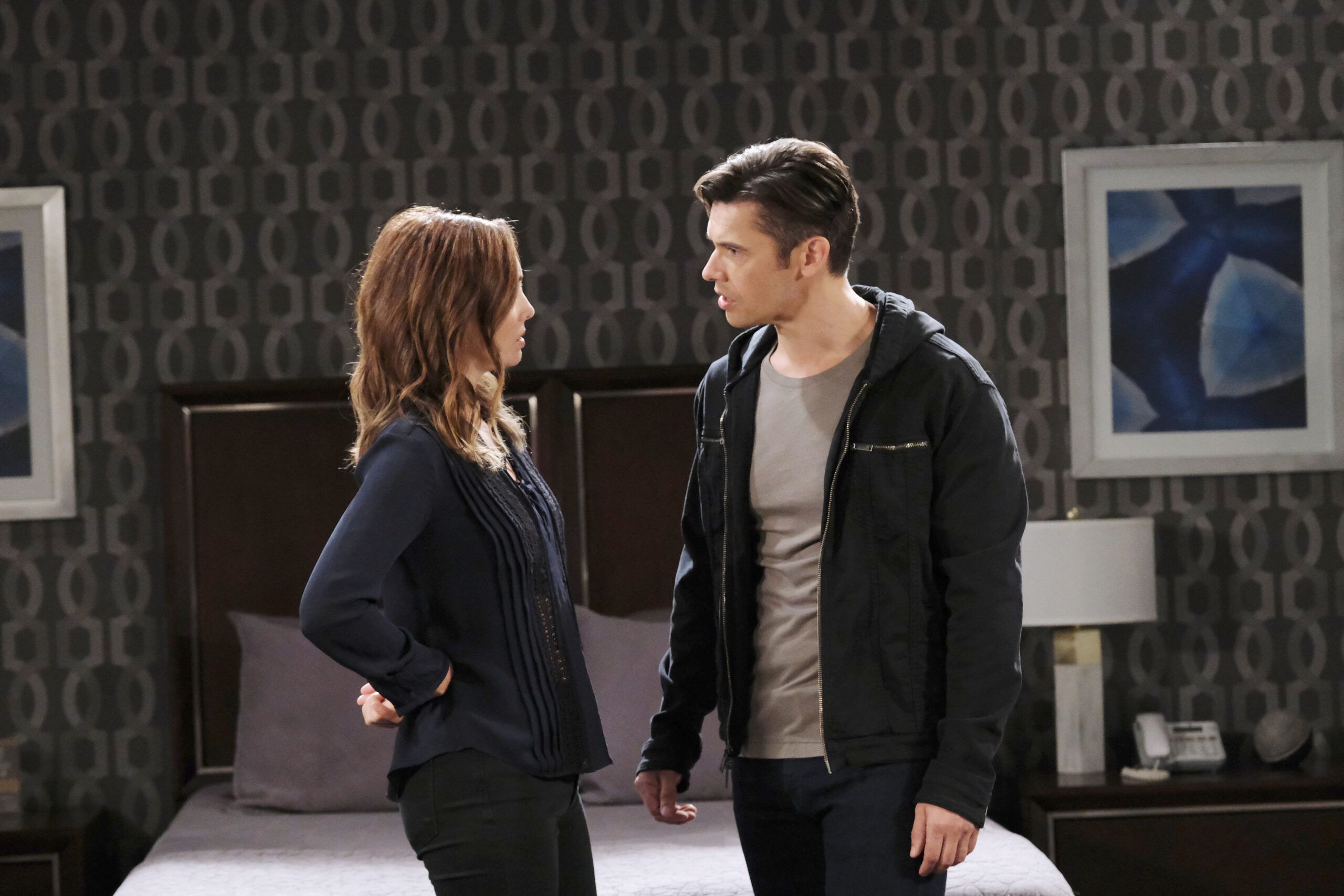 6. Will Xander and Sarah Get Hitched?

Then again, maybe the ceremony will be stopped by Rafe or the newcomer cop, Jada Hunter? If Lucas is hypnotized back to the night of Abigail’s passing and sees Sarah with a knife, heading upstairs to her cousin’s bedroom, all bets could be off. Will Xandy get married, or could the wedding be nixed by Sarah’s arrest in the days ahead? 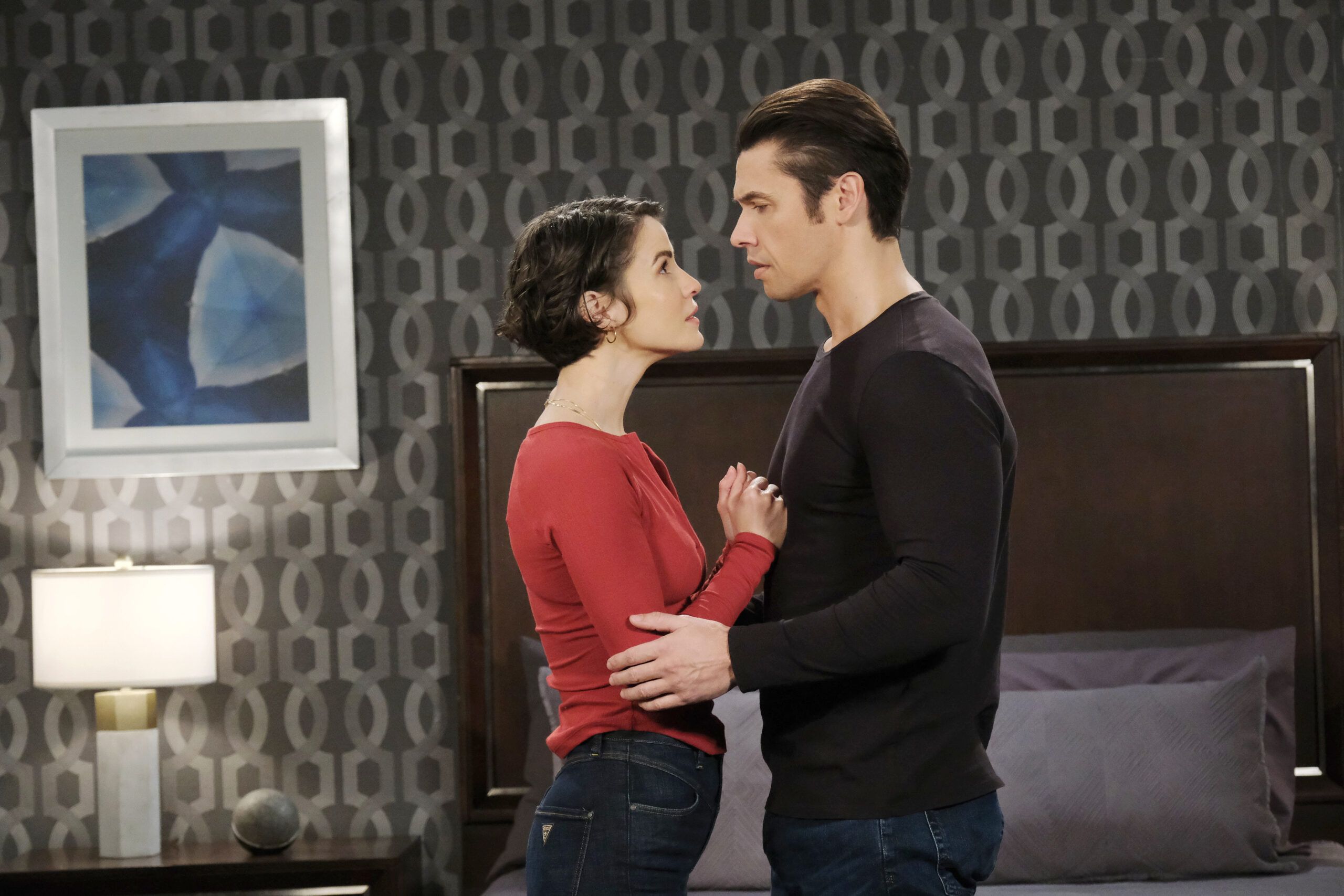 5. Who Will Chanel Choose?

There’s a lot happening between Chanel, Allie and Johnny over the next two weeks! This week, Allie will be heartbroken when she finds Johnny and Chanel kissing. With that said, DOOL spoilers reveal that Chanel will finally make her choice during the week of July 25th. Who will Ms. Dupree choose? There’s a 50/50 chance for both #TeamAllie and #TeamJohnny fans, but it does seem as if Chanel’s heart belongs to Ms. Horton. Of course, she and Johnny still make a cute couple, so only time will tell. 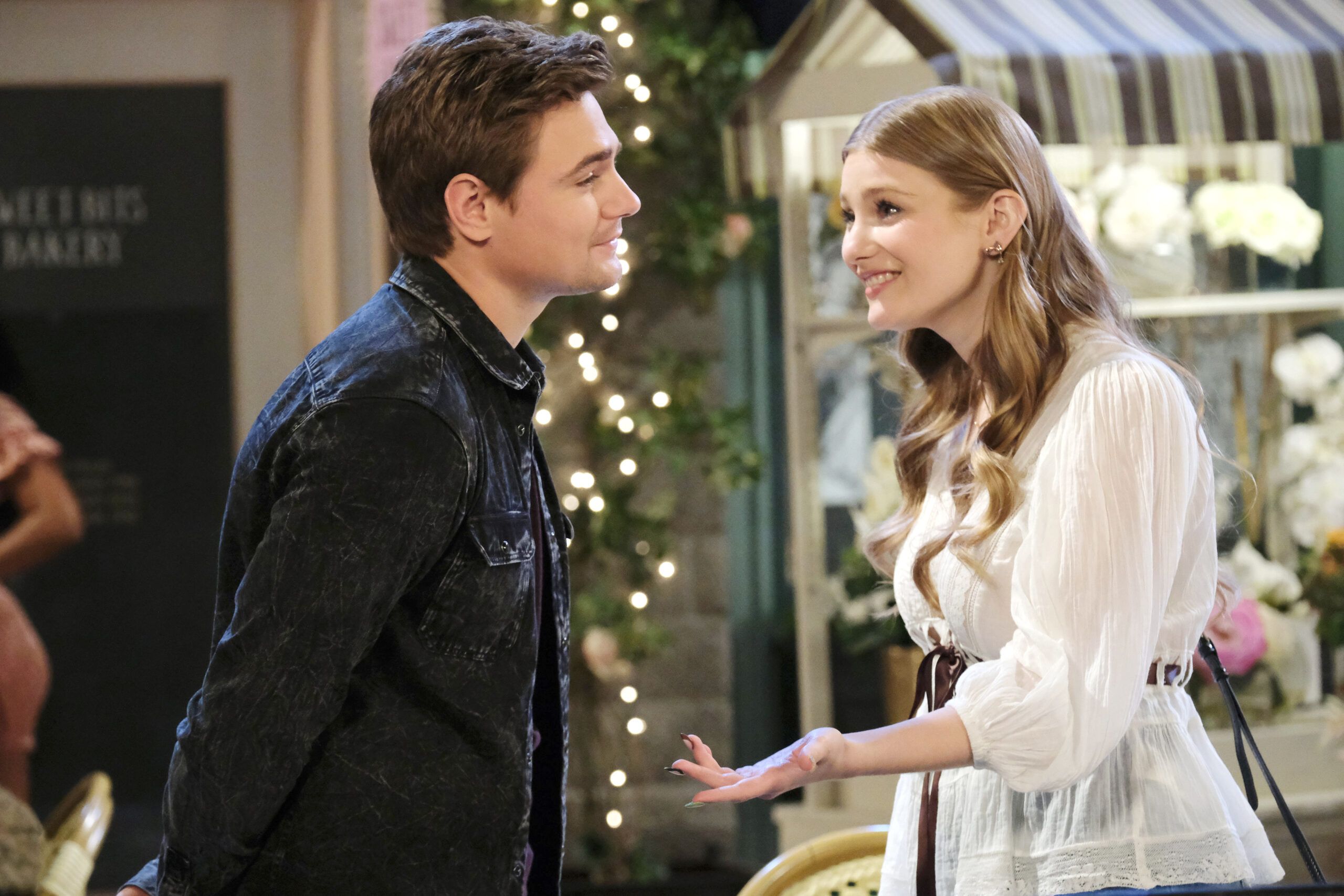 4. Will The Devil Return?

Johnny wore his red “devilish” suit this week for Sami and Lucas’s wedding, which created a buzz on social media and fan boards. Even Marlena’s reaction to it had audiences raising an eyebrow. Most viewers are over the Satan storyline; however, why would Johnny wear a suit that’s linked to the Devil at his mom’s wedding? After all, he is a DiMera; he could likely afford to buy a new suit. Is DOOL foreshadowing a return or just trying to keep fans on their toes? 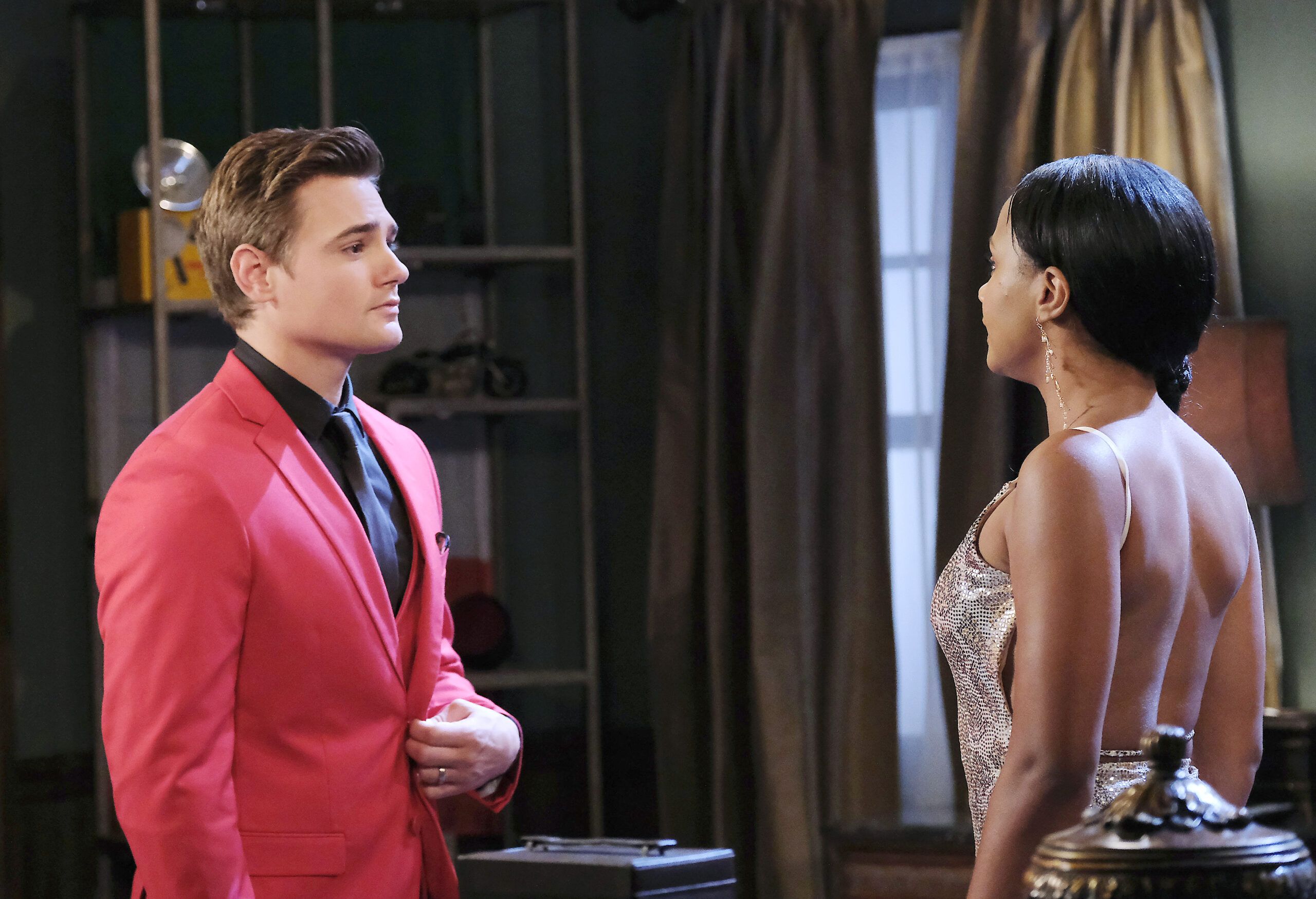 Jada Hunter enters the land of Salem this week, played by actress Elia Cantu. She’ll hit the ground running, as she enters the police department to help Rafe with the Abigail DiMera case. But will the two also experience some “sparks”? He is a married man, but this is also the land of soap operas! Added Days spoilers suggest that Jada will have an unexpected encounter with Eric during the week of July 25th. Could Ms. Hunter stir up this love triangle by piquing Rafe’s interest, but then starting something with Eric Brady? Things could get interesting between her, Eric, Nicole and Rafe. 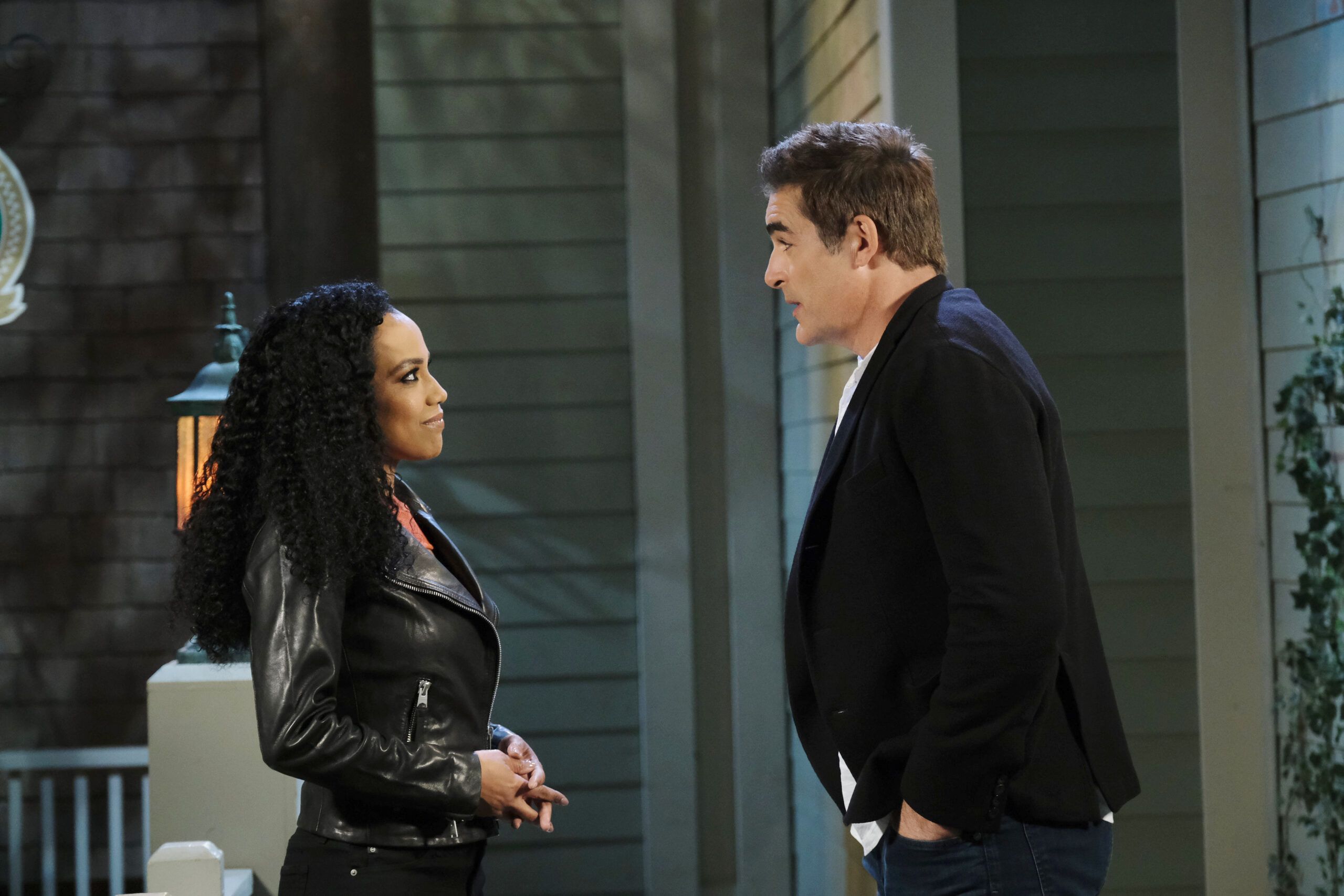 There’s a lot going on with Shawn Brady over the next two weeks, as Chloe will try and convince him to give Belle another chance. Meanwhile, he’ll also find something out that changes his future plans. Sounds like there’s a good chance he’ll learn that baby Shawn is not his biological son. Could being duped to this level help bring “Shelle” back together? Could they decide to raise the baby together by adopting him? 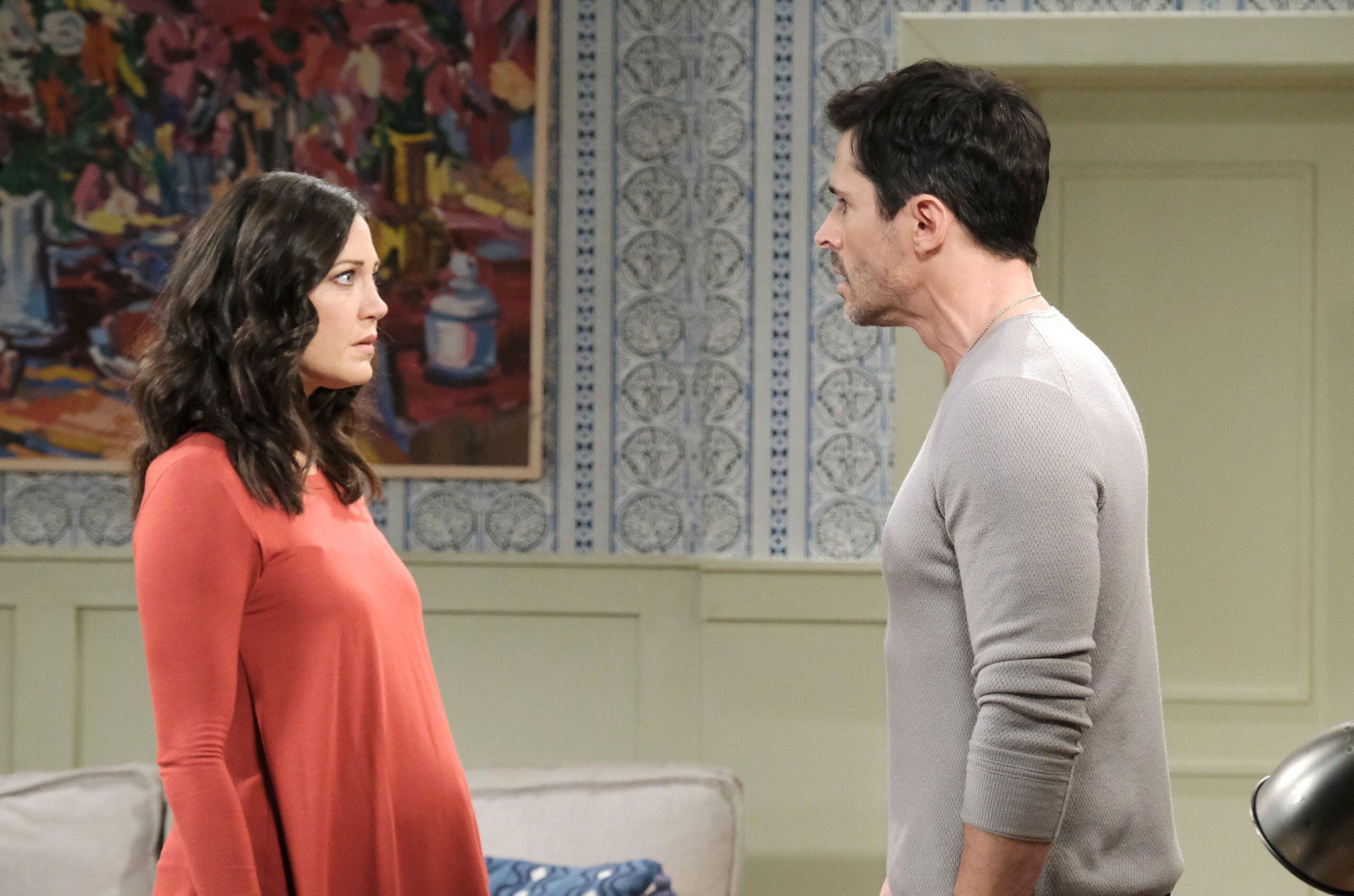 Finally, DOOL spoilers for this coming week state that Will will get an offer that may have him leaving town. If Will’s leaving Salem again, does that mean Sonny will stay in town or follow suit? Chad may need the support of his BFF, as he’s clearly still struggling over Abigail’s passing. Could all this time apart cause Will or Sonny to have wandering eyes? 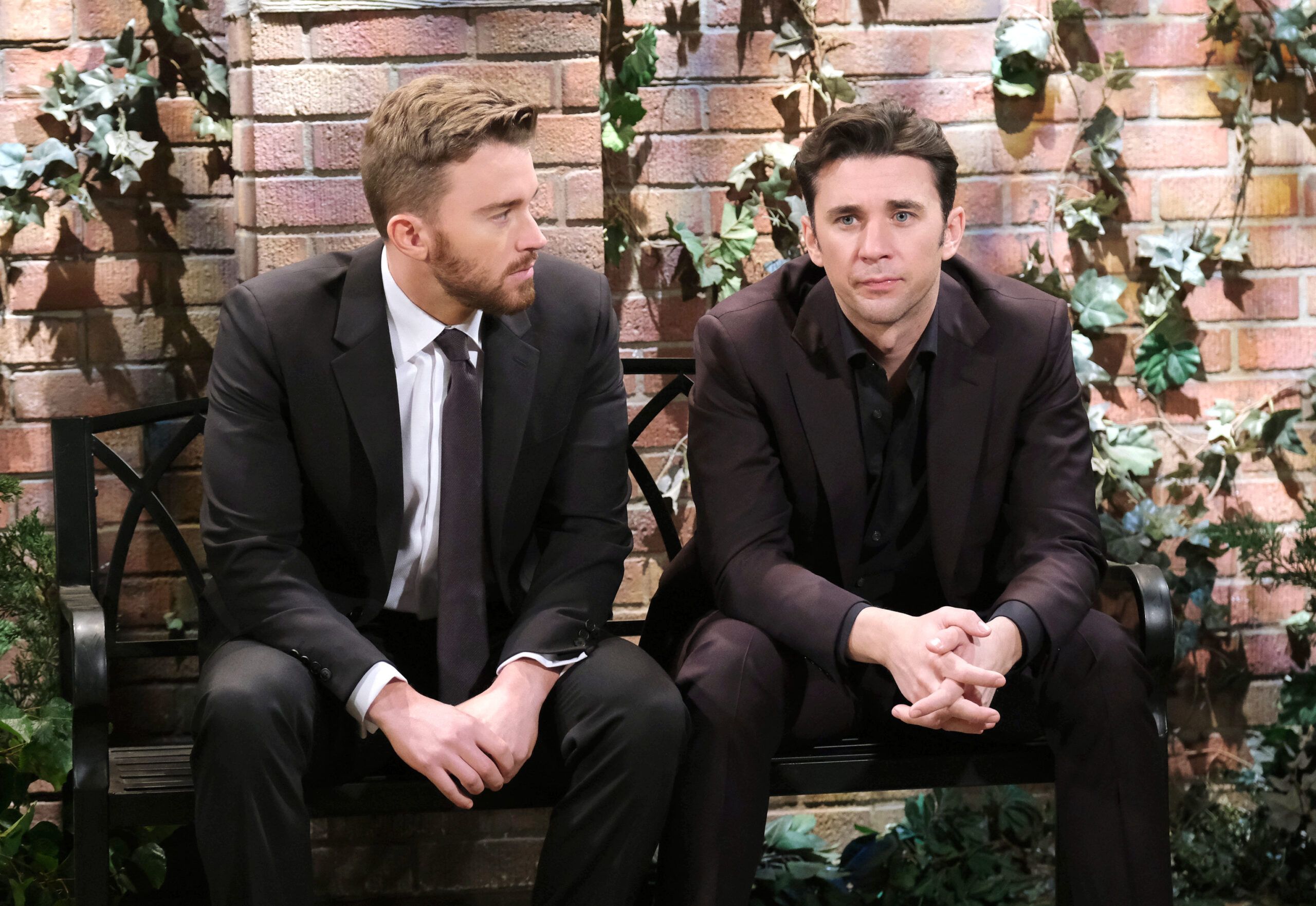 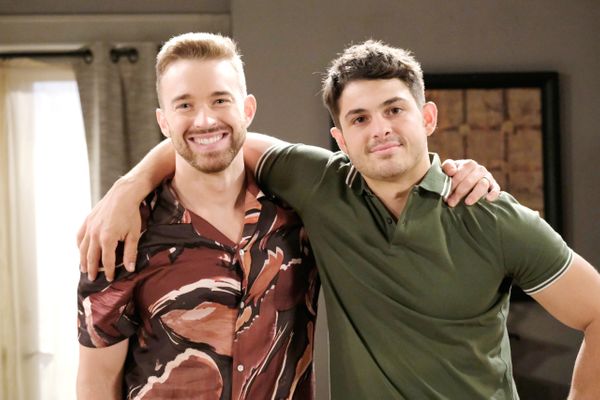