Will Nicole learn the truth about Sami and Lucas’s affair? Could Sami and Lucas dive into bed one more time, while E.J. is in town? Will sparks fly between Cin when Ciara returns to Salem? Days of Our Lives (DOOL) fans just love to speculate! As such, below are some DOOL plotline predictions for June 28 to July 9, 2021.

12. Nicole Comes To A Conclusion

DOOL spoilers imply that Nicole will inch “closer” to the truth this coming week, as Ava helps her along. Sounds like Nicole will finally get some hard proof about Sami and Lucas’s affair. How will she react when she finds out what her nemesis has been up to? Will Nicole sit on this information, or use it to her advantage?

Nicole will likely find out about Sami and Lucas in and around the same time Eric returns to Salem. While Walker will feel guilt-ridden when her hubby returns, could he have a guilty conscience, too? Maybe he wasn’t too faithful to his wife while he was in Africa? Fans should expect to see Eric come home with secrets of his own.

Meanwhile, it sounds like Rafe will continue to have Nicole on his mind. Eric’s return will only intensify Hernandez’s desire for what he can’t have. With that said, if Brady comes back to town with an affair of his own under his belt, then perhaps Rafe’s dreams of being with Nicole might not be that far out of reach! This storyline is sure to get “sticky”, especially given Walker’s one-night stand with Xander.

While E.J. and Sami are settling back into married life, there’s a good chance she hops into bed with Lucas one more time over the next couple of weeks. DOOL spoilers indicate that she and Lucas will fight over something in the coming days. Every time these two fight, they somehow land in bed together!

DOOL spoilers for the week of July 5th hint that Jake and Gabi will find out about Sami and Lucas’s affair. They may overhear the two talking about it, or catch them in the act! Jabi will undeniably try and manipulate Sami into changing E.J.’s mind about some things over at DiMera. Sami will continue to dig herself deeper and deeper into lies. She’ll scramble, but fans should never count Sami out! She’s always been able to get out of situations and get back on top!

Could Abigail decide to return to Salem in the next couple of weeks? Marci Miller stepped away from the show for a bit while she adjusted to motherhood (the actress recently adopted a baby girl). Abby can’t stay away from Salem forever. As she was mentioned just last week, is it possible she could come back sooner rather than later?

Abby’s return would shake things up in Salem. There’s still some bad blood between her, Chad and Gwen; however, her history with Chad, E.J. and Sami might take center stage. After all, her affair with E.J. caused some commotion in the DiMera mansion back in the day. Abigail would add another layer to this storyline.

If Abigail returns, her mom wouldn’t be too far off. Who else has missed Jennifer Horton Deveraux in the land of Salem? DOOL’s head writer Ron Carlivati noted back in the spring that Jenn would return to storylines at some point, whether she was played by OG Jenn (Missy Reeves), or recent recast, Cady McClain. After all, Cady just won a Daytime Emmy for her role as Jennifer. While some fans might prefer one actress over the other, the idea of Jenn being back in town is what we all want!

A DOOL weekly preview video reveals that Ciara will unexpectedly return to Salem, and catch Ben off guard. Ciara will come back to encourage Ben to sign their divorce papers; however, there seems to be some chemistry between the two during the scene in that preview video. Cin isn’t over… not by a long shot!

DOOL spoilers hint that a Sweet Bits business owner will catch the eye of a “young” Salemite. Could this be Johnny falling for Chanel? Right now, there is some chemistry between Allie and Chanel. Placing Johnny into the mix of this storyline, along with Tripp, will make things super interesting (and heighten the drama).

Gwen and Xander will continue to grow closer in the coming weeks, so expect the sparks and chemistry to heighten between them, too. They make such a cute couple together! Could they cross a line? Will they keep their relationship from Jack, or decide to tell him all about it?

1. Murder Mystery On The Horizon (Not Really …)

Days spoilers state that Allie and Claire are set to find a body in the lake while celebrating Independence Day with Ben and Tripp. Anyone else think that the late Dr. Snyder is found? As Salem PD will be on the case, Xwen will scramble. But the good news is that nothing bonds a couple more than a mutual secret, so perhaps this will only bring the two closer together. 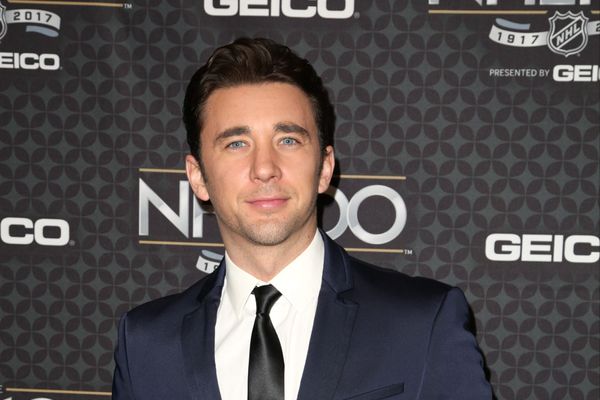