What will E.J. DiMera be up to once he returns to Salem? Will Xander and Gwen get a little closer, or will blackmail keep them apart? What kind of awkward encounter will Eli and Chanel experience this week? Days of Our Lives (DOOL) fans just love to speculate! As such, below are some DOOL plotline predictions for June 7 to June 18, 2021.

E.J. DiMera is set to return this coming week, which will stun Sami as she wasn’t expecting him in town. DOOL spoilers for the week of June 14th hint that DiMera will catch up with brother Tony and offer up a proposition of sorts. Could he have his sights set on running DiMera Enterprises? He might need someone to back him up, which is where Tony would come into play.

Meanwhile, E.J.’s wife will be scrambling over the next couple of weeks. Not only will Lucas suggest to her that they should reunite (before DiMera returns), but it seems as if Sami will feel very torn between Horton and E.J. After all, it was DiMera who came between Lucas and Sami back in the day, as well. Regardless, Sami will work very hard to keep her affair with Horton under wraps. The last thing she’ll want is for E.J. to learn the truth.

Sure, Xander will blackmail Gwen this week; however, it does seem as if these two will also start to get closer. DOOL spoilers imply that Xander will go to bat against Dr. Snyder, where Rizczech is concerned. So while he might use her drug deliveries as bait for money, he may also start to grow a soft spot for her. There’s definitely chemistry between these two.

9. Will Nicole Confess To Eric?

Speaking of blackmail, DOOL spoilers for the week of June 7th tease that Nicole will consider telling Eric the truth about her one-nighter with Xander. This could solve the blackmailing issue she has; however, it could also end her marriage. Will Nicole go through with it? Probably not. Secrets have a way of coming out in Salem, so this won’t stay hidden forever, but Walker will do all she can to try to keep it all under wraps.

DOOL spoilers suggest that Eli and Chanel will have another *awkward* encounter during the week of June 7th. While Chanel got to see Eli’s goods the last time, there’s a chance the roles will now be reversed, when Eli sees more of Chanel than he should! Could Days be hinting at a potential affair between these two? Eli is madly in love with Lani, but Chanel has a scheming side to her. She’s the type that would get Eli drunk and take advantage of him. With that said, Lani’s been a great support to the young lady. Here’s hoping Chanel doesn’t cross a line with her cousin’s hubby, but it’s possible.

With that said, Chanel will be focused on her new business venture over the next couple of weeks. She and Allie will inform Tripp of their plans. Will Allie’s new boyfriend be happy for the young ladies, or concerned? Chanel will likely continue to be a thorn in the side for this new couple, too.

There might be some unexpected conflict between Allie and Chanel’s mom over the coming weeks. DOOL spoilers hint that the two will finally meet, and things will turn from “nice” to “uncomfortable” very fast. Paulina has no filter, so it sounds as if she might say something that could offend Allie. In the end, could Horton decide to break her business alliance with Chanel and take her donut recipe with her? Allie will likely “put up” with any flack from Paulina. She’s too sweet of a girl and is a good friend as well.

Sounds like Tripp’s suspicions about Dr. Snyder will increase during the week of June 7th, and he’ll turn to Kayla to relay what he’s seen. She’ll likely agree with Tripp’s concerns. Could these two decide to partner up? Sounds like it might be in the cards! But do they know what they are going up against? Could this “digging” land Tripp and Kayla in trouble? Will Steve get involved, too?

Kate will get ready to head home during the week of June 14th, which is good news for Roberts — but not for Gabi! DOOL spoilers note that Jake will help his ex with the transition, which will have Hernandez reeling. Kate Roberts has an interesting scheme going, which will continue to aggravate Gabi over the next couple of weeks. But when will Kate get found out? Not anytime soon!

DOOL spoilers for the week of June 14th note that Kayla, Steve, Justin and Bonnie will go on a double date. That sounds like a recipe for disaster! Not only because Kayla and Justin used to be a thing, but also because pre-Kaystin, Kayla, Steve and Justin often doubled with Adrienne.

2. Bonnie Has The Jitters

To boot, Days spoilers indicate that Bonnie will be very nervous about the entire thing. Adding her jitters in with history and a ton of awkwardness, it’s doubtful that things will go smoothly. However, knowing Kayla and Steve, even if Bonnie does anything “inappropriate” (or disastrous), they’ll show her some kindness and understanding in the end. Perhaps this “double date” thing will become a regular occurrence.

1. Chloe And Her Kiriakis Boys

Now that Chloe is safe and sound, let the games for her heart begin! Brady has finally rid himself of Kristen, therefore he can officially open his heart to Chloe Lane without regret or feelings of guilt! Having said that, did he wait too long? Did he allow Kristen to get away with too much? Sounds as if Philip and all his efforts to save Chloe from Jan Spears have turned Lane’s head. These men will literally be fighting over Chloe in the next two weeks. Not a bad position to be in, if you’re Chloe Lane! However, the bigger question is, who will she choose in the end? 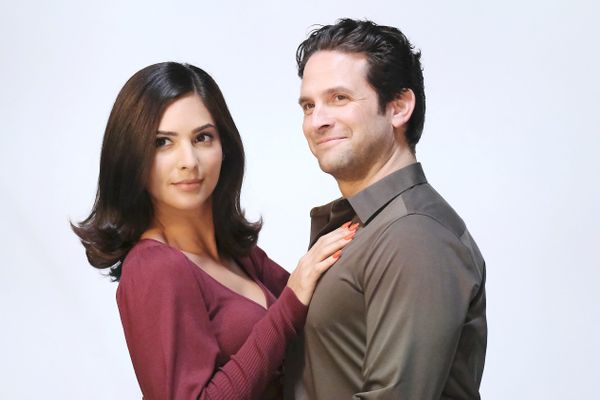 We Weigh In: Should Jake End Up With Gabi Or Kate On Days Of Our Lives?