Who shot Charlie Dale? What will Kristen do to Sarah? How will Horton’s exit storyline play out? Will Ciara ever remember Ben and their love? So many questions, so few answers! As such, below are some Days of Our Lives (DOOL) plotline predictions for March 22 to April 2, 2021.

Days’ storylines are hinting that Allie could be Charlie Dale’s shooter. In fact, spoilers imply that Sami will confess to the crime, thinking that she’s protecting her daughter. All arrows seem to be pointing to the young girl doing this; however, “Who Dun It” soap opera arcs always have many twists and turns. Allie may “seem” like the shooter, but it is likely someone else.

11. Could John Be The Shooter?

DOOL spoilers indicate that Sami and John will have a confrontation the week of March 29th. Could Sami confess to Dale’s shooting, only for John to hint that he may have done it? John and Sami have a tumultuous past. They do love each other, but they have had shaky moments before. If Sami even thinks John’s involved, she could lose it on him. With his loose temper as of late, he could accidentally cross a line with her.

Actress Linsey Godfrey, who plays Sarah Horton, recently announced on social media that she was set to exit Days. Horton is wrapped up in an interesting storyline that could see the character pass away, or “disappear”. One scenario could be that Kristen accidentally hurts Sarah, where Horton passes away. Some scenarios that could also play out is a struggle with a gun that goes off or even one where DiMera shoves Horton and she knocks her head.

If Sarah accidentally passes away, could DiMera reach out to Dr. Rolf? Could she send Horton somewhere so that she can “recover” from what’s happened and also get injected with Rolf’s miracle serum? Then, there’s the idea that she simply sends Sarah off to that island she mentioned. Keep her there for a couple of years until DiMera is released from prison or things die down. Kristen could organize to have Sarah’s memory erased. This way, nothing could come back to haunt her down the line.

DOOL spoilers for the week of March 29th hint that DiMera will turn to Vivian Alamain for help to cover something up. Perhaps Viv has a place that Sarah can be stowed away at until the drama dies down. Maybe she helps DiMera hide Horton’s body? Perhaps, Vivian reaches out to her manservant, Ivan, and he lends Kristen a hand?

Over at the hospital, a DOOL weekly preview video will show Theo popping in to visit Ciara, and Mrs. Weston will be over the moon to see him. Theo still has feelings for Ciara, and if she reciprocates this, then Ben and the Cin relationship could be in some trouble! There were plenty of sparks between Theo and Ciara during the preview. He’ll place a kink in the Cin reunion.

DOOL spoilers also suggest that Jake will give Ben a pep talk to “fight” for his wife. The same weekly preview video shows Ben visiting Ciara after Theo does; however, going to see her won’t necessarily change her mind or spark feelings. The visit could creep her out even more if he starts to gush about their relationship together.

DOOL spoilers hint that Ben will turn to Marlena for help. Does he have hypnosis in mind? It worked for Allie, him, and others. While it is a good idea, is Ciara even up for anything of this sort? She still needs to recover from her physical wounds before she dives into any mental ones.

Auntie Paulina’s daughter is set to arrive in Salem this week. A Days preview video shows her laughing it up with Tripp and Claire, and then seemingly trying to slip away from them when the bill comes. One would naturally assume that Chanel is in town for the twins’ baptism, but could she be in Salem for something else?

If she tries to skip the bill on Tripp and Claire, this could mean that Chanel has money issues. In that same Days weekly preview video, Paulina is shown telling her daughter that she needs to find a job. Could Chanel ask her mother for money, only for Paulina to shoot her down?

2. Chanel Is In Trouble

Perhaps the reason why Chanel needs money is that she’s in trouble. She could have gambling debts or owe some powerful people money for other reasons. Days spoilers for the spring hint that Paulina will have a ton of secrets wrapped up in her storyline. Perhaps what her daughter has been up to outside of Salem, is one of them.

DOOL spoilers indicate that Kayla and Steve will be dealing with some baby news the week of March 29th. While anything is possible in the land of soaps, it doesn’t seem right that Kayla could be expecting! Could Stephanie call them to tell them that they might be grandparents soon? Could she decide to return to Salem? Could Joey have news? 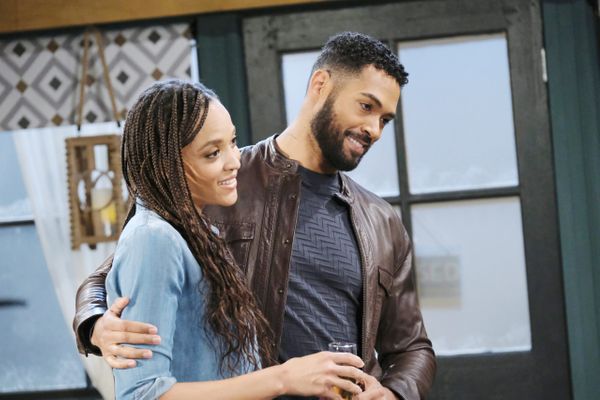