How will Kristen react when she realizes what she’s done to Brady? Will Jake be torn between Kate and Gabi once the truth is revealed? What does Ciara have to tell Ben? Days of Our Lives (DOOL) fans love to speculate on storylines! As such, below are some DOOL plotline predictions for May 10 to May 21, 2021.

DOOL spoilers imply that Kristen DiMera will be horrified early this week when she realizes that Brady is hurt, and she’s the reason behind it. Sounds as if she’ll snap. While anyone’s instinct would be to simply come clean, she’s dug a big hole that will only get deeper as the next two weeks unravel. Added teasers suggest she’ll make a desperate move.

She’s hit Brady’s car, but she won’t want to be pinned for it. She’ll likely call an ambulance for Brady, but flee the scene once emergency personnel arrives. DOOL spoilers for this week hint that Sami will be on to Kristen’s next move, so she may try to snag DiMera herself and bring her in. However, something will happen that places Ms. Brady in harm’s way.

Once the proverbial poop hits the fan, Sami may come clean with Brady, Marlena, and John that she knew Kristen was in Salem and hid it because she was being blackmailed. Sami may vow to get the better of DiMera to help her stepbrother. DOOL spoilers suggest that as the days go by, Lucas will be Kristen’s latest victim. As Sami goes to nab DiMera and save her ex, the two could get trapped.

A DOOL weekly video reveals that Lucas and Sami will share a kiss this week. From the video, it does seem that they are alone in the DiMera tunnels (perhaps a warehouse or something of that nature), so it appears that Kristen will hold them hostage. If she knows that Sami and Lucas could spill the beans, she may decide to blow them up or set a fire. If the walls are soundproof, they might feel as if a lack of food or water could have them in a dire situation. They’ll share a kiss, which could lead to more.

The reason Kristen concocted the “switcheroo” plan was because of Chloe. DiMera may decide to leave town, but will she take Chloe on the run with her? Chloe could end up in a situation where she’s in the wrong place at the wrong time. DOOL spoilers for the week of May 17 state that Brady and Marlena will be worried over Chloe as she’ll “still be missing”. There’s a very good chance that Kristen has her. If she’s going down in flames, she may as well get rid of the person that she feels caused all this.

7. What Happens With Kate?

Kate will surface on the Friday of this coming week, stunning Jake and Gabi. She’ll be involved in the car accident, but may go undetected as she’s hidden away. She’ll come to and somehow stumble to the DiMera mansion. This might occur just after Jake and Gabi profess their love for each other and solidify it all with a passionate reunion. Jabi will hit the sheets, and the truth about why “Kate” dumped him will be revealed shortly after.

Kate won’t find Jabi in bed together. Rather, they’ll be enjoying a drink together downstairs, after the fact. She’ll burst in, tell them the truth, and neither Jake nor Gabi will know how to react. DOOL spoilers for the week of May 17 imply that Jabi will have to rush Kate to the hospital as she won’t be doing so well, post-kidnapping.

Kate will have to deal with several medical issues. After all, she’s been jabbed with injections, carried around in a bag, and involved in a car accident. She may even be in a coma. Jake and Gabi will both decide it’s best to keep their relationship a secret until Kate gets better. After all, Kate won’t know they’ve reunited, and it will seem like the right thing to do.

4. Nicole and Xander Hook Up

From the DOOL weekly preview video, it looks as if Xander and Nicole will have a few too many drinks and hook up. Walker might be reeling from Eric’s bad news, while Xandy’s still upset about Sarah. Nicole will realize she’s made a major mistake right away. While she’ll tell Ava about it, it seems like she’ll try and keep it from Rafe. Sounds like this is a secret that could blow up in Nicole’s face.

DOOL spoilers for the week of May 17 state that Ciara will reach out to Ben this week. Sounds like some unexpected bad news is coming his way. Could she request a divorce? Perhaps she feels as if she’s ready to take her relationship with Theo to the next level, but can’t because of her marital ties to Ben.

DOOL spoilers suggest some emotional scenes between Chad and Abigail the week of May 17. The teasers state they “say goodbye”. Could they decide it’s time to separate? The couple has been through a lot these past few weeks and Abby may feel like she’s hit the end of her rope. This is all thanks to Gwen’s antics.

DOOL spoilers promise a ton of awkwardness, as Tripp runs into Allie and Chanel. He’s seen the two women kiss, but there’s nothing between them because Allie doesn’t seem interested. There’s a good chance that Tripp questions Chanel, not Allie, on their kiss. Chanel is a master manipulator so by this conversation, she might be able to sense he thinks they are an item. She’ll pick up on his insecurities and continue to “rub” their “friendship” in, making it seem like a romance. Allie will be in the dark about all of this in the weeks ahead. She won’t understand why Tripp has begun to distance himself. 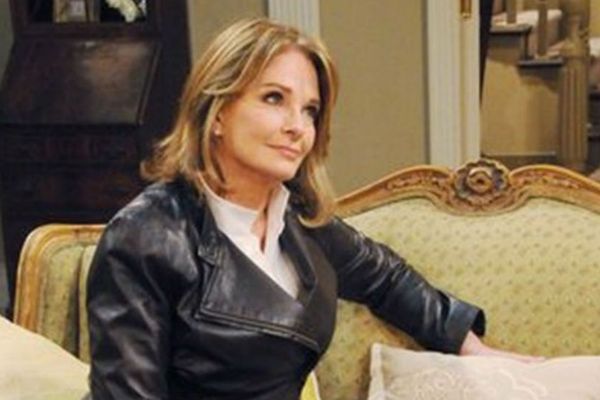 5 Days Of Our Lives Characters Who Need New Storylines