The 2020 Summer Olympics in Tokyo has been fantastic. The Games are an event that only happens every four years (well, five years in this case), so it’s important to soak up the action, friendly competition and fanfare. With that said, who else has missed the drama in Salem? There were plenty of cliffhangers before the soap went on hiatus, leaving fans wondering what to expect when the daytime drama returned. Below are some Days of Our Lives (DOOL) post-Olympics spoilers for when the show resumes, the week of August 9, 2021.

Starting Days spoilers off with a bang! Sami will be stunned when E.J. finally breaks the news about being “in the know” regarding her affair with Lucas. At first, in typical Sami form, she’ll try and tell DiMera that Nicole made the story up; however, once she realizes he has proof, she’ll start to back-pedal.

DOOL spoilers reveal that once Sami realizes that E.J. has seen Kristen’s letter, she’ll explain her actions. After all, she thought DiMera didn’t want her anymore, which is why she turned to Lucas. Despite her pleas, added teasers hint that E.J. won’t buy what she’s selling. He’ll be quite upset that she not only cheated on him but worked so hard to cover it up.

According to DOOL spoilers, there’s a good chance E.J. will feel very betrayed over what Sami did. Who could blame him? Not only did she have an affair with Lucas, but the lies she told to cover it all up could make him feel as if he looked like a fool. As such, he’ll likely throw her out of the mansion. This might be good news for Lucas, but Sami won’t give up on her marriage without a fight.

Across town, Gabi will do some more scheming with Jake. The two will concoct “Step One” of her plan to take over Titan. Hernandez is focused on ensuring Philip fails so that he can be brushed aside. Still, if she tries to sabotage his efforts and gets caught, she could end up getting fired before any takeover occurs!

8. Close Moment Between Rafe and Nicole

Now that Eric is out of the picture, do Nicole and Rafe have a chance? Days spoilers indicate the two will share a close moment during the week of August 9th when the show returns. Unfortunately, Ava will catch the two when this occurs. While Walker will lean on Hernandez during her divorce, Vitali won’t like watching these two get closer.

Across town, DOOL spoilers suggest that Claire will do all she can to “stall” Theo, as Ben whisks Ciara off to the cabin. Added teasers imply that Theo will demand some sort of answer from Claire, and she’ll struggle to provide one. What will Claire tell Theo? Will she spill the beans about what Ben is up to?

Meanwhile, Days spoilers indicate that Ben will “force” Ciara into the cabin where they once fell in love. He hopes that being there will trigger Ciara’s memories. Added teasers hint there’s a good chance Cin fans will finally see what they’ve been hoping for: a beautiful and romantic reunion between Ciara and Ben.

DOOL spoilers note that Johnny DiMera, who is Allie’s twin and the son of E.J. and Sami, will return to Salem about a week after the soap resumes. He’ll be brought up to speed about his parent’s crumbling marriage, Allie’s Sweet Bits venture, and get to meet his new nephew. He’ll also get acquainted with Chanel.

DOOL spoilers note that things will get complicated for Allie when her twin starts to catch feelings for Chanel. As the young lady herself is crushing on her BFF, but enjoying a relationship with Tripp, it sounds like things will be more complicated than ever if Chanel catches Johnny’s attention. Especially if a romance between Chanel and Johnny progresses.

DOOL spoilers state that Paulina’s mom, Olivia, will enter the Salem scene shortly after the soap opera returns. In fact, the role will be played by legendary actress Marla Gibbs, who worked on the ’90s sitcom 227 with Jackée Harry (Paulina). Sounds like momma Price will bring an interesting twist to Paulina’s storyline.

DOOL spoilers hint there will be some major drama when Olivia comes to town. Added teasers reveal that Olivia will have a strong personality, much like her daughter Paulina. There’s a good chance these two ladies will clash. Fans could see some humorous moments between the mother and daughter duo, but also some intense ones as well.

DOOL spoilers also reveal that Olivia will not only affect Paulina’s storyline moving forward but others within the canvas. There’s a good chance that Lani will get involved, as well as Eli and Abe Carver. Chanel is sure to have interactions with Olivia and Paulina and might have to play the role of “peacemaker” between the two ladies. 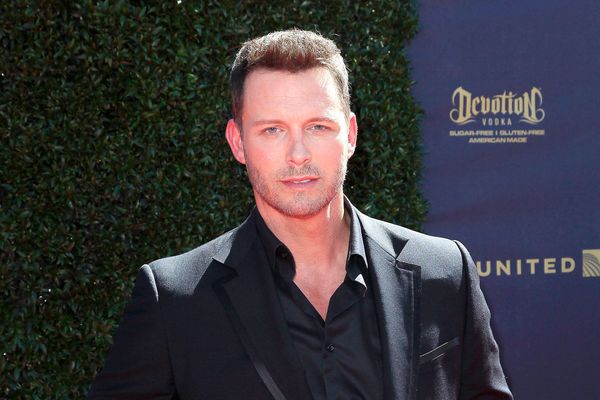