Days Of Our Lives: Spoilers For April 2020

As March comes to a close, it seems like April is going to be a pretty exciting month in the land of Salem! Some surprising returns are on the horizon, as well as some new faces popping up in the little town. Plus, could we be bidding adieu to Stefano and saying hello again to Steve? Learn about these and other storylines in the Days of Our Lives (DOOL) spoilers for April 2020.

According to DOOL spoilers, actor Greg Rikaart will reprise his Leo Stark role early on in the month. Seems like he’ll be back to pay a visit to Will and Sonny, as he’ll have something interesting to offer them. Along with Leo, a new character by the name of “Zoey” will be introduced. What could Leo’s offer be all about? Hard to say! 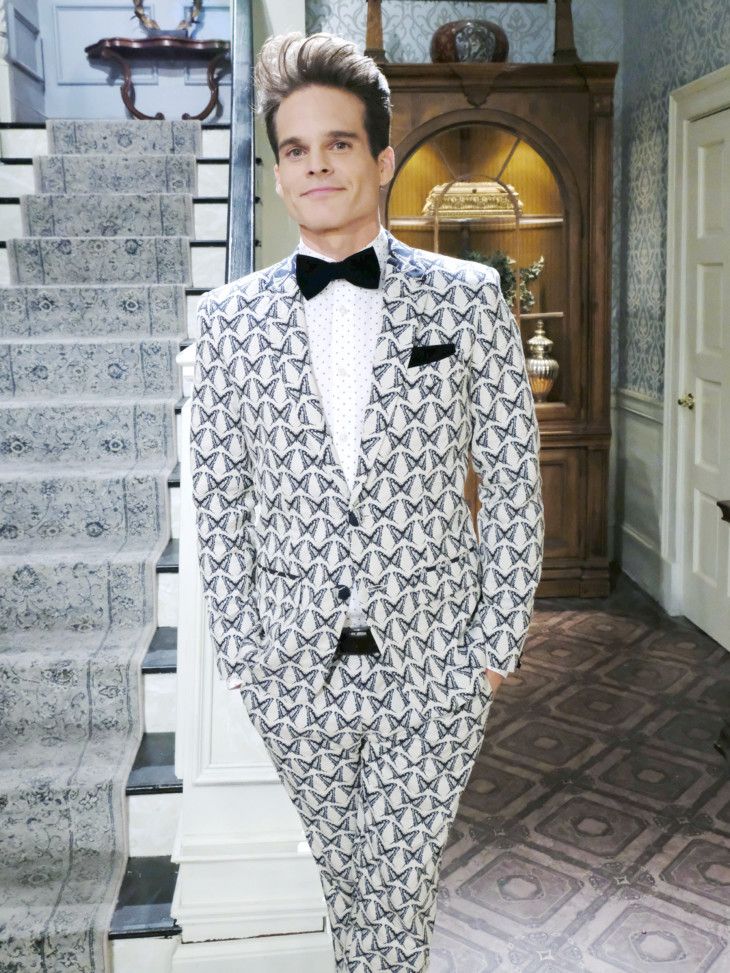 Played by actress Alyshia Ochse, “Zoey” is set to join the DOOL cast for a multi-episode arc. Since Leo has an offer of sorts for WilSon, she may simply be a lawyer, looking to move the entire process along. Interestingly enough, Ochse played a clinic nurse named Sara on Days way back in 2009. Leo and Zoey are set to hit Salem on April 1st. 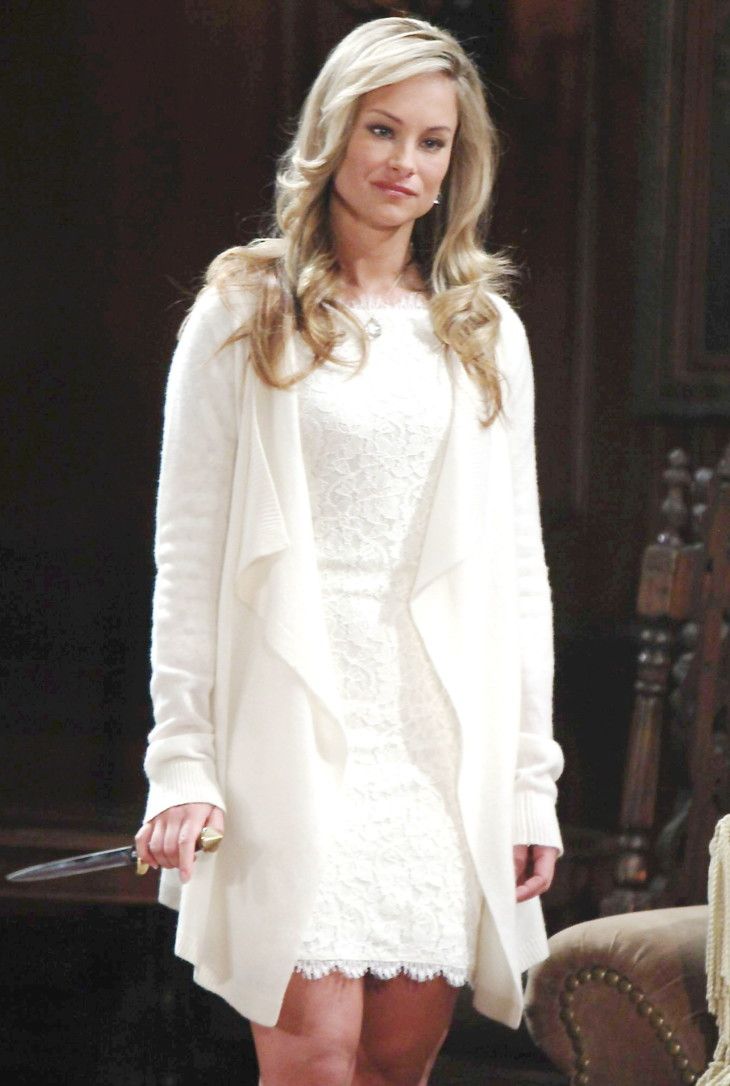 Seems as if April 1st will be a major episode for returns. Not only will fans see Leo offer up something to WilSon, but Nicole Walker will be taken aback when Daniel returns to Salem and shows up on her doorstep. He’ll probably comeback in a ghost-like format, maybe to knock a little sense into her about telling Eric the truth about Mickey. 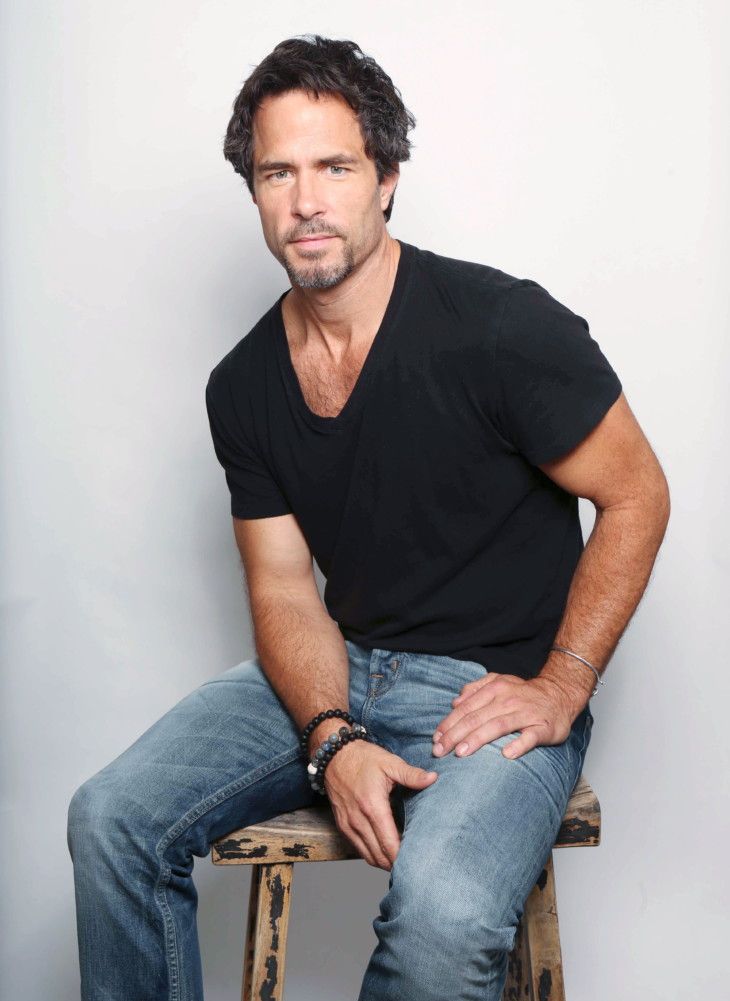 9. Eric Comes To A Realization

But, will Nicole do what’s right and bring Eric into the loop? As per DOOL spoilers, seems like she won’t. As the days go by (pun intended), Eric will come to the realization that Nicole has not been honest with him. In fact, he’ll approach Abe soon after he has this epiphany, and he’ll start asking questions about her. 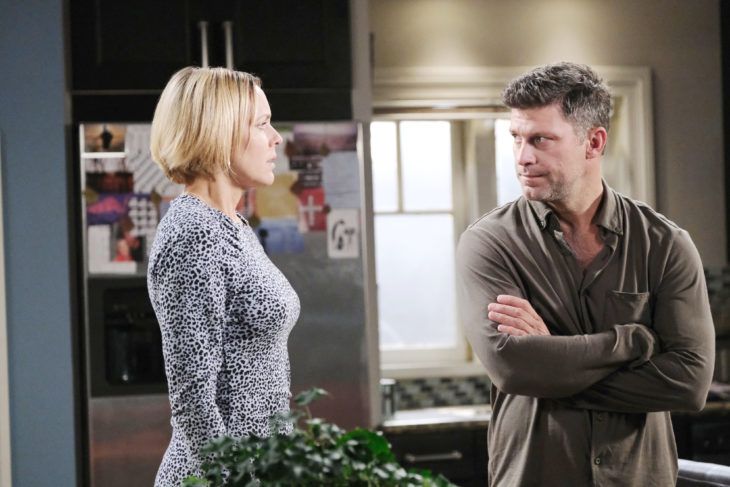 Getting back to Nicole and her actions, she’ll confront Dr. Raynor regarding the baby switch. Doesn’t seem as if she’ll get a ton of answers, but she’ll continue to dig. As April progresses, she’ll turn to Eric with the truth about Mickey. It’s safe to say that Eric will have a hard time processing it all. 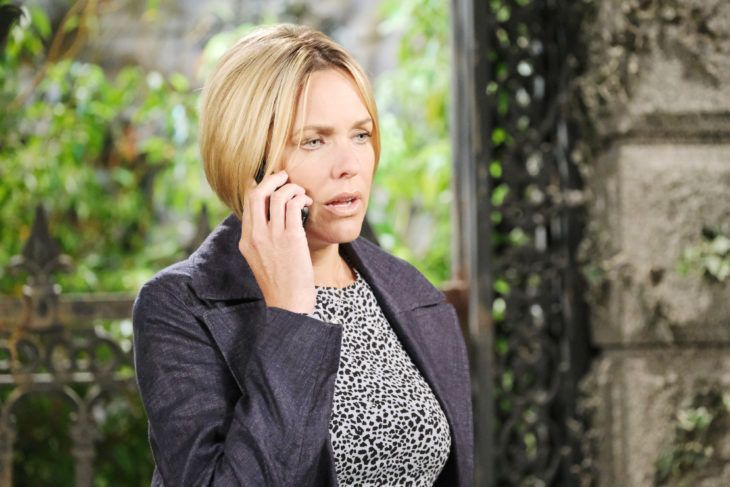 Not only will Nicole be digging around about Mickey’s paternity, but DOOL spoilers also indicate that Brady will start to question something when he notices the baby’s birthmark resembles that of Rachel’s. Meanwhile, Xander will have a nightmare of sorts when it comes to Sarah, and it really might be a premonition, as in and around mid-April, DOOL teasers hint that Sarah will find something out that will turn her entire world upside down. 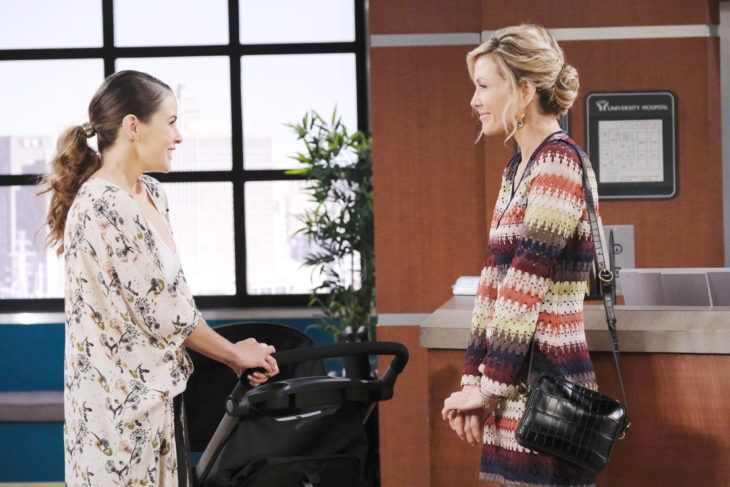 DOOL spoilers suggest that actress Tionne “T-Boz” Watkins is set to come back to Salem when she reprises her Sheila Watkins role on April 1st. Seems like Sheila will come to town with some unexpected news for Eli. In other related teasers, Elani has an awkward encounter with Gabi in the coming weeks ahead. 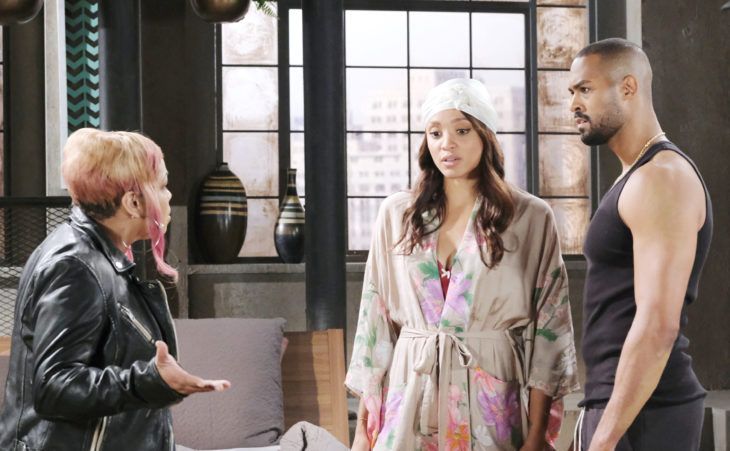 Across town, Ben will try to settle back into Salem life, as he and Ciara will both start looking for jobs. Seems as if they are trying to get their lives back in order, after all that went down. With that said, they shouldn’t get too overly settled, as teasers state that Ben will feel the stress when he finds out that his father Clyde has escaped from jail. 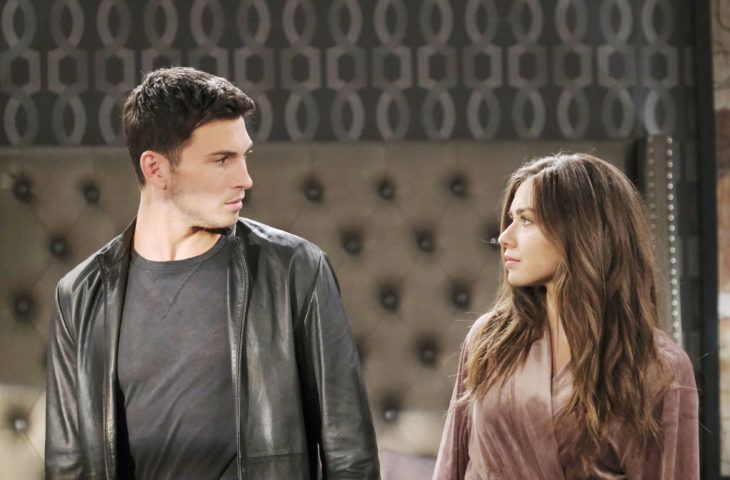 DOOL teasers hint that we just may be saying goodbye to Stefano in the coming weeks ahead. While Dr. Rolf will gear up for yet another surgery for Marlena, John will work hard to try and trick him. April teasers also relay that DiMera will vow to rise up from the ashes once again, so it seems that he will somewhat exit storylines … for now! 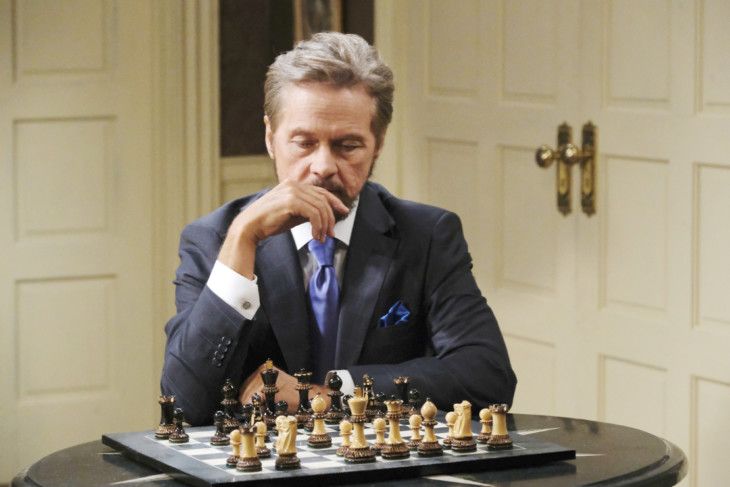 While Salem will be saying goodbye to Stefano, DOOL spoilers hint that Kayla will make a huge decision around bringing Steve back. Seems as if she’ll recruit Sarah in performing a surgery of sorts to help bring her ex back; however, it does seem like a very risky procedure. The real question is … will it be successful?

2. There Will Be Complications

DOOL spoilers suggest that Sarah and Kayla will run into some unexpected complications while performing their procedure on Steve. The good news is that Johnson will wake up after they are done, but the bad news that DOOL spoilers teaser there is a hitch of sorts when he does come to. Could he suffer from amnesia? 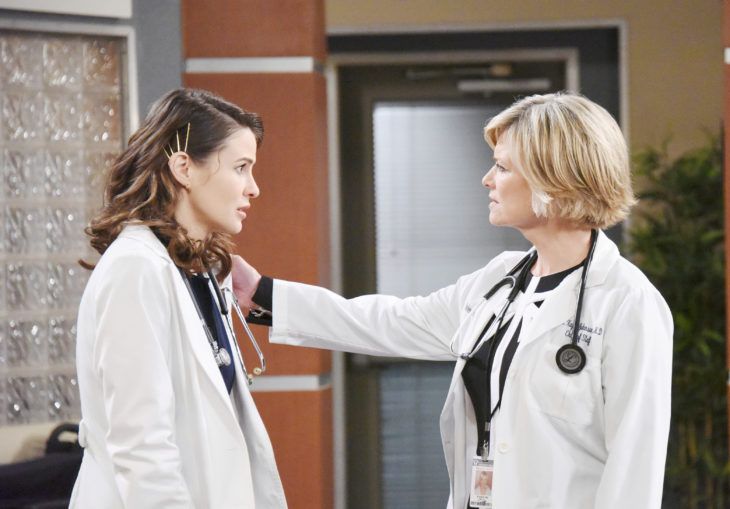 As Kayla tries to “bring back” Steve, Justin will have fears around losing Kayla. Tony and Kristen forge a bond over feelings they have for Stefano, while Hattie will say goodbye to the little town, and leave Salem this month. Lastly, actor Remington Hoffman will appear on DOOL as Li Shin in April, the son of Mr. Shin (who is on the DiMera Enterprises board of directors). Hoffman/Li Shin has also appeared on the digital series, Chad and Abby in Paris, and thus might be familiar to some DOOL fans. 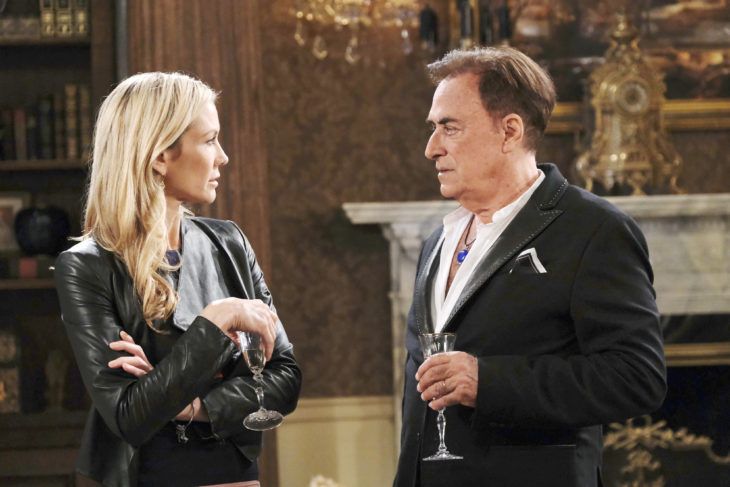 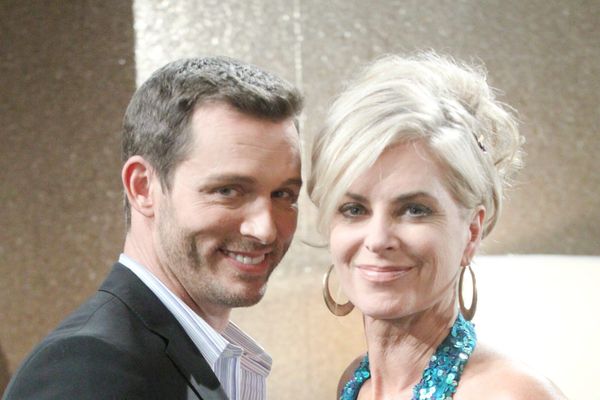