Days Of Our Lives: Spoilers For January 2022

The holidays are officially over in the land of Salem, and a new year has begun! What does the first month of 2022 have in store for Days of Our Lives (DOOL) and its fans? Johnny will be up to (some devilish) no good, while Chad continues to scheme. There are also some exits and returns that viewers should know about! Learn more about these storylines and others in the below DOOL spoilers for January 2022.

Feels like Groundhog Day in Salem, doesn’t it? Turns out the Devil is now in Johnny DiMera, and he’s set to wreak some havoc! According to Days spoilers for this month, he’ll have some news for both Marlena and everyone else in town. Added teasers note that whatever he says will rock the worlds of many characters. What is the Devil’s big announcement?

Whatever “Johnny” announces will have major repercussions for some characters throughout January. DOOL spoilers suggest that the news will not only leave his wife with a broken heart and cause chaos throughout Salem, but it will also create an intensity between Allie and Chanel. Will the Devil force Johnny to end things with Chanel? Could this cause her to gravitate towards Allie?

DOOL spoilers for January note that Tony and Anna will come back to Salem, early on in the month. They’ve been on a whirlwind trip to Europe and are ready to dive back into the DiMera mansion drama! Will they sense that something is “off” with Johnny? He and Tony have been fairly close — plus, Anna has intuition like no one else!

DOOL spoilers for January imply that Chad will likely continue to scheme his way to the top of DiMera Enterprises. As the weeks fly by, added teasers note that he’ll begin to feel a bit uneasy about what he’s doing. Having said that, will growing a conscience be enough for him to stop in his tracks? Probably not!

On to some sad news, DOOL spoilers suggest that Jack and Jennifer will head back to Boston in early January together. While actress Missy Reeves has been out of the Days picture for a while now, Jack has played a strong role in storylines. As per Soap Opera Digest, Mr. Deveraux will stay in Boston with his wife for the long haul, which means that actor Matthew Ashford is exiting the show. Here’s hoping that fans see the happy super couple again at some point in 2022.

7. Abigail and Xander Team Up!

DOOL spoilers for January indicate that Abigail and Xander will team up to find Sarah Horton. This will likely leave Gwen more than a little paranoid, but is there anything she can do to keep these two stumbling along the way? Plus, can fans expect to see Ms. Horton back in Salem by the end of the month?

6. Abigail Has A Lead

The answer to the above question is there’s little chance that Sarah will return by the end of January. Days spoilers for this month indicate that Abby will get a lead on Horton’s disappearance and inform Xandy of the new information. February Sweeps is just around the corner, so perhaps Sarah will make an appearance then.

DOOL spoilers for January reveal that Kayla and Steve will also be on the hunt for Kristen DiMera. If they find DiMera, they may be able to help Abby and Xander find Sarah! Added teasers hint that much like Xander and Abigail, the investigation will be back and forth for Patch and Sweetness, sending them out on more than one adventure during their search.

DOOL spoilers for January suggest that EJ’s trial will start mid-month. He’s been accused of kidnapping Sami and all the evidence is stacked against him, even though fans know better. In an interesting twist, added teasers note that Lucas will return to Salem for DiMera’s court case. Will Sami decide to stay back and avoid the drama?

Speaking of EJ, DOOL spoilers reveal that Susan will visit Marlena in early January. During their chat, Banks will note that she’s had another one of her infamous “premonitions”. Sounds like Susan can feel that the evil one hasn’t left Salem after all; however, will Evans listen to her good friend?

Over to Ciara and Ben, DOOL spoilers for this month indicate that the super couple will grapple with a decision that involves baby “Cin”. Could they be worried about future college expenses, nursery décor, or whether to make their own baby food once the little one is on solids? Nah, it’s probably far more dramatic than that! Will they land on the same page, once all is said and done?

Rounding out Days’ January spoilers, Rafe will be given some news that absolutely floors him. Meanwhile, Chloe will get a visit from someone unexpected. Could these teasers be about the same thing? Is there a chance that Philip decides to come out of hiding to stun everyone, after all this time? This might also be about another unknown character return on the horizon. Either way, fans will have to tune in to find out! 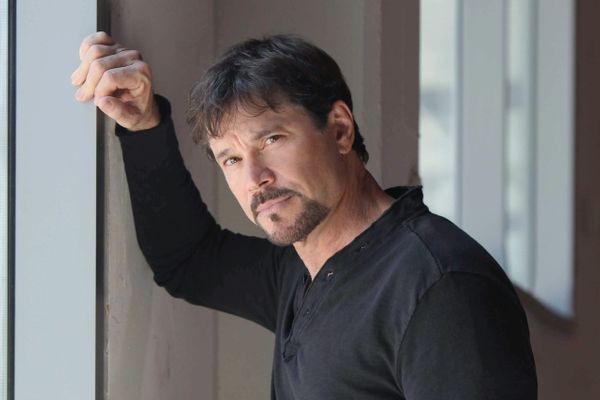