Days of Our Lives (DOOL) fans need to gear up for another exciting week in Salem! A familiar face resurfaces; Jenn loses reunion hopes this week and decides to move on; plus a character gets arrested! Learn about these storylines and others in the DOOL spoilers for the week of July 15, 2019.

Days spoilers indicate that someone will get arrested, and that someone will be Xander! Seems as if this will all be due to Kristen! While she’s paying back, vengeance seems to be an ugly (and on-going) cycle in the land of daytime drama, so DiMera needs to prepare herself for what Xander will do to reciprocate. He’ll have revenge on the mind next week after the dust settles around his arrest.

DOOL spoilers tease that Kate and Ted will keep Kristen’s secret under wraps. They’ll be terrified about what could happen to them if she finds out that they’ve said anything about her being alive, so their lips will be sealed around the entire thing. Kristen is not only dangerous, but she’s also a little crazy, which can be a deadly combination for anyone who thinks about crossing her.

Things heat up with this love triangle of sorts, as Ted and Hope will kiss this week. Having said that, he’ll also work very hard to keep her off track with her investigation. Nothing like a good lip lock to keep Hope preoccupied. Sadly, Ciara will witness the two kissing, and be completely thrown for a loop.

As the week rolls on for Xander (and maybe thanks to Ted and Kate), things will be looking up for him. He’ll get off on bail, so whatever he’s charged for will not stick. However, as he tries to think of some revenge for Kristen, Brady will look to try and get him kicked out of Titan. DOOL spoilers also promise a heated confrontation between Gabi and Xander, where Hernandez will rip into him.

Speaking of, Gabi will be all over the place this week. At first, she’ll begin to wonder if “Nicole” is the root problem behind Stefan’s current issues, and she’ll also have a really weird encounter with her at some point. DOOL spoilers suggest DiMera will be blind-sided by someone in the coming days, so this could raise Gabi’s suspicions. As the week rolls on, Gabi will pressure Kate to reveal the truth, so maybe Kate confides in Gabi after all.

4. Familiar Face Pops Up In Salem

Things will get a little sticky next week in Salem, as Kristen will add another personality into the mix of things. She’ll not only continue to pose as “Nicole Walker” but she’ll also add “Susan Banks” into the mix of things. Expect Susan/Kristen to hit on Brady next week, leaving him stunned beyond belief. In other related spoilers, “Nicole” will also hit on Brady, so he will totally be thrown off balance with all the women drawn to him in the coming days.

But, how long can Kristen keep up this charade? Might not be for too much longer as the real Susan Banks is set to roll into town this week. Days spoilers indicate that Sonny and Will are taken aback when they see Susan in Salem and experience some crazy déjà vu during their encounter with her.

2. Jenn Decides To Move On

Days spoilers indicate that Jenn will push the idea that Jack needs to recapture his memories and turn back into the man he once was. Of course, Jack will object, and Jenn will officially give up hope on any reunion plans. As such, she decides to move on and will actually try and go out on a date with someone this week. Who could the lucky fella be?

Rounding out DOOL spoilers, Eli and Lani approach Abe with their good news, while Eric goes back and forth around a big change. Meanwhile, Will finds something that is both shocking and unsettling … could this have to do with Kristen or something else completely? Seems like it’s going to be a great week to be a Days fan! 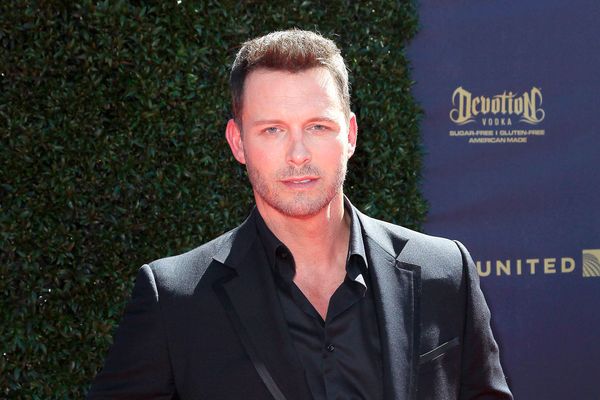 Most Popular Days of Our Lives Actors Ranked