Deadly schemes, secrets exposed, and love is in the air! Seems like Days of Our Lives (DOOL) fans need to get geared up for another exciting week in the land of Salem! Learn about what will happen to Chloe, Stefan, Cin, Leo, Brady, Jarlena, and more in the DOOL spoilers below for the week of March 11, 2019!

9. Never Give Up On Love

Days spoilers indicate that Stefan will give Ben a nice pep talk about Ciara this week. He’ll advise his employee to not give up on love. Will Stefan be inspired by all that is transpiring between him and Chloe? Meanwhile across town, Julie will try and offer some help to Ciara, by giving her advice on Ben.

DOOL spoilers are hinting a celebration of sorts for Will and Sonny. Seems as if they’ll catch a bit of a lucky break against Leo. Does this mean they grab some information on that can bring Starke down? Here’s hoping they score something good, as it is about time that Leo is brought down a notch (or two).

DOOL spoilers suggest that Diana will be up to no good. She wants Marlena out of the way and bad. Teasers for this coming week indicate that Marlena will land in the hospital. While Diana will be behind it all, she’ll work it so that everyone believes it is Kristen DiMera who has caused Marlena’s accident.

Unfortunately, John finds Marlena unconscious. Seeing his “Doc” in this state will leave him horrified. Even more bad news looming is that somehow once Marlena is brought to the hospital, John will get the shocking news from a nurse that it was Kristen who was behind Marlena’s attack, and she was trying to kill her. Who knows how Diana will pull this one off!

DOOL spoilers indicate that Brady will be all over the place this coming week. First, he’ll get the surprising news that he has another brother, as Leo happily informs him that John is his dad. Secondly, Brady will lash out on Eric for kissing Sarah. He will undoubtedly disapprove of Eric’s betrayal against brother Rex. There’s a bro code after all, isn’t there?

Days spoilers indicate that Tripp will happily help stash Haley away. She’ll still be panicked over the idea of getting deported. Good news is that Tripp will be more than willing to support her during her dire time of need. With trouble looming, she’ll need all the assistance she can get.

The big green monster will be in full effect this week when it comes to Claire. Tripp will see it, and grill her about it. That won’t matter though, because she’ll be up to her old scheming self and plot with Eve so that Haley can be pushed out of the picture for good.

DOOL spoilers tease a huge scheme on the horizon. Claire and Eve will team up and make a video to help Jack with his bid to become Salem’s next mayor. Claire will have no issue helping Eve and Jack out, so this video is sure to add to Haley’s recent stresses. Tripp won’t be too pleased once he finds out what Claire’s been up to.

DOOL spoilers hint that Jack too will be playing a bit dirty this week. Seems he will try and hit up his nephew Tripp, in an effort to find out where Haley is. Will he succeed? It’s hard to tell, but either way, hanging out with Eve continues to bring Deveraux down. Here’s hoping he regains his memory, and old ways, soon. 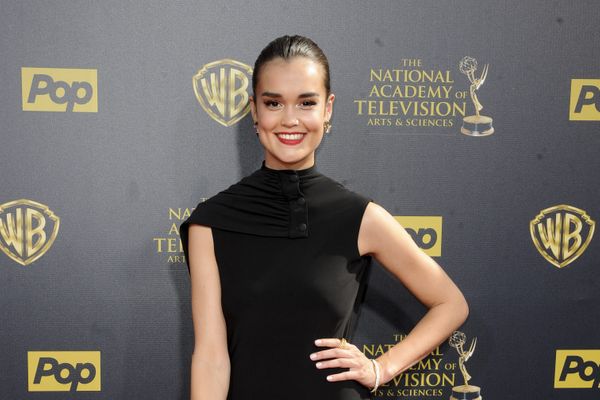