Lots of surprises in store for Days of Our Lives (DOOL) fans this week! Xander’s mysterious partner will be revealed to fans; a character will turn to alcohol to solve problems; and two budding love birds are caught in the act. Learn about these stories and others in the DOOL spoilers for the week of May 20, 2019.

DOOL spoilers hint that Xander and Nicole will be celebrating the success of their plot going off without a hitch, so Nicole could very well be Xander’s mystery partner. But, things don’t add up with this, as she never liked him before and tried so desperately to break away from him in the past. Is Nicole really Nicole? And what has happened for her to reach out and partner up with Xander like this? 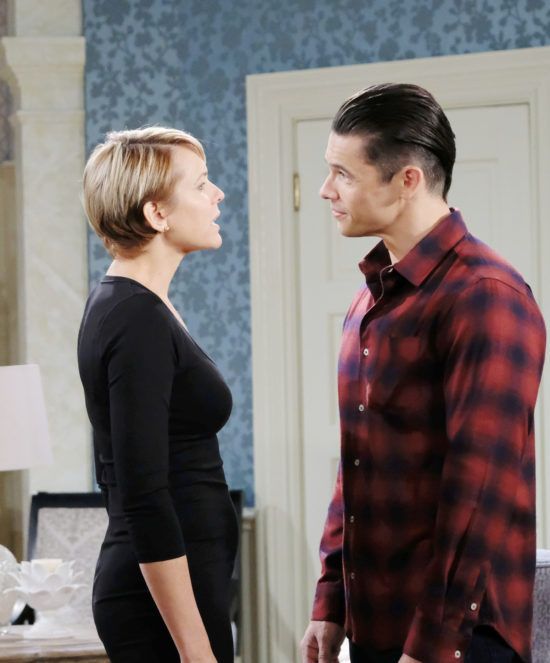 8. Nicole Is Not Nicole

There is a very good chance that Nicole is not who she claims to be. Xander has partnered up with Kristen DiMera in the past, so could she be walking around Salem looking like Nicole, but not really Nicole? Walker has been acting strange as of late, and there have been spoilers indicating that actress Stacy Haiduk is set to return to reprise the Kristen role. Could DiMera be returning to Salem? 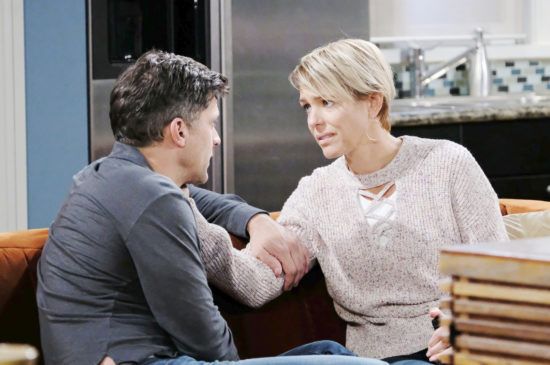 7. Maggie Falls Off The Wagon

DOOL spoilers tease that Maggie will head back to the bottle this week. With all that is going on, it might be very hard for her to resist the temptation of alcohol. Sadly, it seems as if one drink will then lead to many, and spoilers indicate that Brady will find Maggie drunk and passed out. 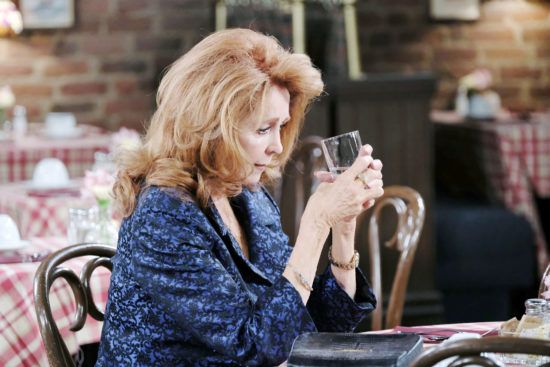 As some may now by know, Jack ends up winning Salem’s mayoral election this week, and DOOL spoilers reveal that he’ll start making some surprising power moves next week. Does this mean good news or bad news for Salemites? Only time will tell; however, he may be at this alone, as Eve will be preoccupied with other things. 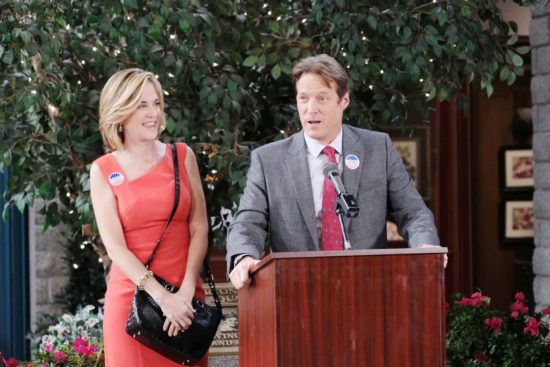 5. Claire Points The Finger At Eve

Speaking of, DOOL spoilers state that Claire will blame Eve for Tripp dumping her. She’ll believe (and insist) that her failed relationship lays on Eve’s shoulders. Does this mean that Eve better watch her back when it comes to Claire? Claire is clearly mentally unstable and may decide to put Donovan in her place. 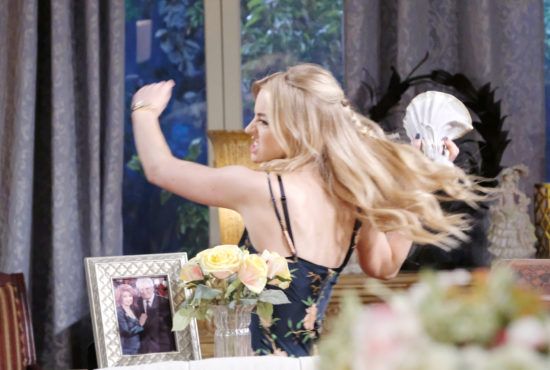 4. Eve Has Revenge On Her Mind

Meanwhile, DOOL spoilers suggest that Eve will be focused on Ben. She’ll want to launch a mission to get even with him, as she feels he truly didn’t suffer any consequences around her daughter’s murder, and she’ll want some revenge this week. Ben better watch his back; however, he could be preoccupied too. Spoilers state that Ben will begin to take notice of Claire and her lies. 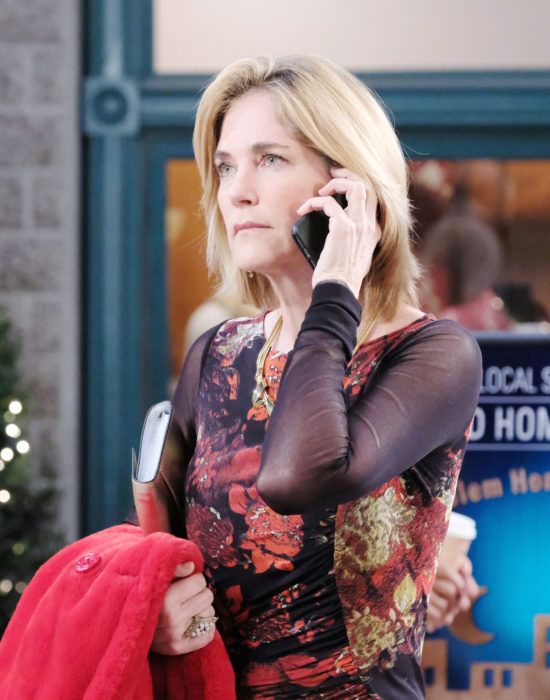 3. Gabi and Stefan Are Caught

DOOL spoilers hint that Kate and Gabi will come up with a pretty terrible scheme against Stefan. The two ladies will work to ensure that Chloe stumbles upon Stabi in bed together. The good news for Gabi and Kate is that their plan works, and teasers indicate that Chloe will reject Stefan once and for all. 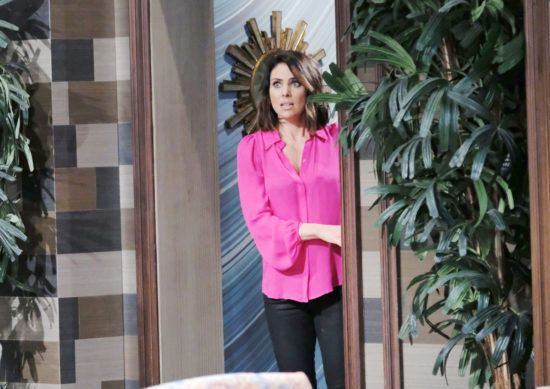 2. Lani Admits To Something

DOOL spoilers state that Lani will make a confession to Rafe. Lani has been very committed to David, but as such, has been trying to keep the baby away from Ben, and lying to Ciara. Rafe will realize some of Lani’s stories don’t add up and he’ll confront her on them this week. Seems as if she’ll fess up to the truth when approached by Rafe. 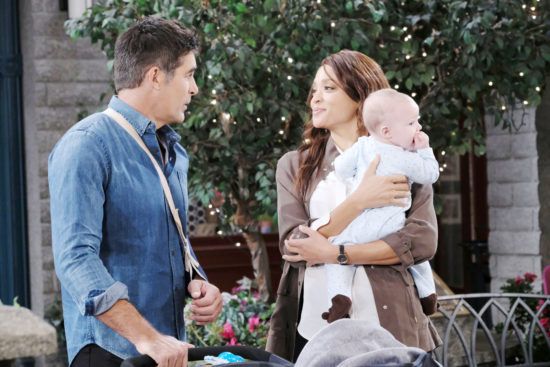 Haley and J.J. come together to work out a plan and decide what they should do next. Meanwhile, Marlena will be taken aback when Will loses his temper and takes it out on her. Will has been through a lot lately with his condition, so here’s hoping he doesn’t explode on his grandmother too much. Lastly, DOOL fans should brace themselves for the end of the week, as a cliffhanger to Friday’s episode promises a massive secret reveal. 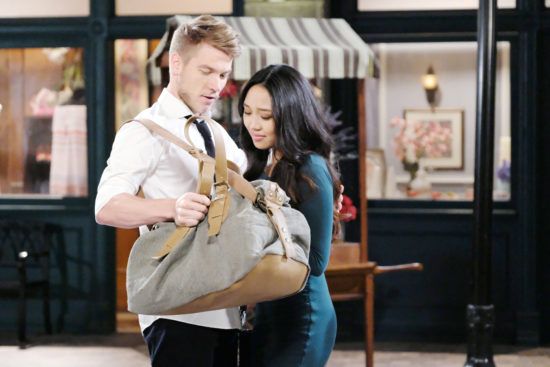 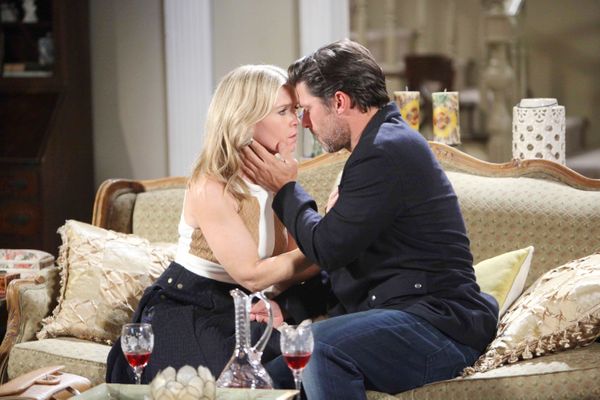