The 1990s were a time of crop tops, Keds and overalls. Who would have thought that we’d have some celebs who made it into the millennium unscathed and more beautiful and popular than ever! This list takes a look at some classic 90s celebs who still have hot careers today!

Jessica Alba got her start as the hot chick in teen flicks like Never Been Kissed and Idle Hands and on the television series Flipper, but her big break came when she landed the lead role in James Cameron’s acclaimed series Dark Angel. Jessica Alba has never looked back and now stars in epic films like Fantastic Four, Sin City, and Sin City: A Dame to Kill For. The starlet has several upcoming projects including the 2016 release of Mechanic: Resurrection with Jason Statham. She’s also started rolling with T-Swift’s posse, which by default makes her a desirable item!

Brad Pitt may have got his start in the 1980s, but it wasn’t until the mid-1990s that he became the biggest name in Hollywood. With films like Thelma and Louise, Legends of the Fall, and Fight Club, Brad Pitt became the Prince of the decade. And his career has shown no sign of slowing down, and if anything, has launched it to new heights! Pitt started the millennium with Snatch, Ocean’s Eleven, and Troy. Not bad, not bad! And he’s continued to make amazing flicks like Inglorious Basterds, and Moneyball. His high profile marriage to Angelina Jolie has kept him in the media spotlight and the two starred alongside one another in Mr & Mrs Smith and By the Sea…just in case we didn’t realize how amazingly beautiful they were the first time!

This girl was in her prime in the 1990s with two classic television series under her belt, Saved By the Bell and Beverly Hills: 90210! She seemed to disappear into obscurity after 90210 came to an end and she made a few bad made-for-TV movies, but this leading lady made a come back in 2009 with the award nominated series White Collar. She showed audiences that she still had those charming Kelly Kapowski good looks and that strategic Valerie Malone intelligence that landed her in the crush forever books years ago!

Joseph Gordon-Levitt got his start as a child actor in Family Ties in 1988 and by the mid 1990s was starring in classic kid flicks like Angels in the Outfield and the sitcom 3rd Rock from the Sun. While Levitt tends to fly under the radar, his career has been quite prolific and he’s starred in over 70 productions to date. He’s known for his roles in Inception and The Dark Knight Rises and in 2016 we will see him star in the bio-thriller Snowden in the title role.

In the 1990s, everyone was watching Dawson’s Creek and no one was susceptible to Katie Homes’ charm. With the minor blunder of marrying cult activist, Tom Cruise, Katie’s career has stayed relatively strong with films like Batman Begins, Thank You for Smoking, and The Giver, and she will star in the mini series The Kennedys After Camelot as Jacqueline Kennedy in 2016. If you can survive Tom Cruise, you’re a fighter, and we can expect to see much more from this starlet!

George Clooney began his career in the 1980s but his big break came when he landed the role of Dr. Doug Ross on the award-winning drama series, ER in 1994. He quickly became a household name and was beloved by women everywhere. He landed some major roles in high profile films including the Batman series. By the early 2000s Clooney was earning himself some Oscar buzz and won the Academy Award for Syriana in 2006 and for Argo in 2012. In 2016 we’ll see him in the Coen Brothers film, Hail, Caesar! and with Julia Roberts in Money Monster.

Jennifer Aniston may just be the most beloved woman on the planet, and this hasn’t changed in over 20 years. Back in the 1990s, Aniston played Rachel Green on classic sitcom Friends, and her legacy has continued onto the big screen with some rom-com action in The Bounty Hunter, Just Go with It, and Horrible Bosses. And there’s nothing to slow this newlywed down. She’s starring in 2 flicks in 2016, Mother’s Day and The Yellow Birds.

I think it’s fair to say that no one could have predicted just how well this awkward actress would do from the offset. In the 1990s Hannigan was known for her roles in Buffy the Vampire Slayer and American Pie, two roles that painted her as the nerdy friend-type. Her portrayal in Buffy garnered her a huge fan base, most of whom she carried over into her beloved role as Lily Aldrin in the hugely successful sitcom How I Met Your Mother. Hannigan continues to be adorable and will be seen in the 2016 flick Modern Love.

Jessica Biel married one of the hottest dudes on the planet, Justin Timberlake, and has proven she has what it takes to have a career in Hollywood that has spanned over 20 years. Her notable role of the 1990s was in the family television series 7th Heaven that aired for over 10 years, but her big screen break may have been in Walt Disney’s I’ll Be Home for Christmas with JTT, another ’90s superstar. Biel has been in some wicked flicks like The Texas Chainsaw Massacre, Blade: Trinity and The A-Team and in 2016 she’ll be seen in The Devil and the Deep Blue Sea and heard as the voice of Vix in the animated flick, Spark.

Getting his start in music, Will Smith made and spent a lot of money with pal D.J Jazzy Jeff. Luckily the sitcom circuit was there to save him from bankruptcy with The Fresh Prince of Bel-Air in 1990. Throughout the decade, Smith released smash singles and starred in films like Independence Day, Men in Black and Enemy of the State. He was seemingly on top of the world, but Smith’s success has continued and he’s been nominated for 2 Academy Awards for his performance in Ali and The Pursuit of Happyness. In 2016 we will be seeing a lot of Will Smith as 3 movies are set for release including The American Can which is based on the real-life event of Hurricane Katrina. 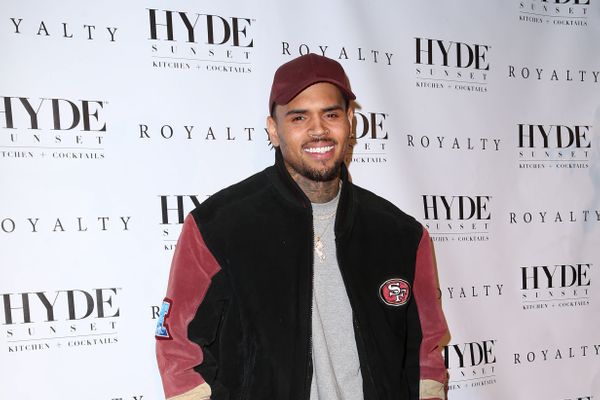