The world of celebrity tends to promote the development of ego that is untameable. Sometimes that invincible feeling is quickly thwarted when pressures get to high and bad decisions are made. This list takes a look at those celebrities that succumbed to their own egos and in effect, destroyed their careers.

Shannen Doherty ruined her career by being herself, namely, an awful person. After being cast in two of Aaron Spelling’s hit teen series, Beverly Hills 90210, and Charmed, this actress felt the need to be difficult and demanding, and wound up getting the boot from both shows! Doherty’s exit from Charmed was so bad that Spelling is said to have banned her from all future projects, and her diva reputation has seemed to keep her out of anything worth watching ever since.

Paula Deen had it all! The do-it-yourselfer had her lineup of cookbooks, restaurants and a role on The Food Network until documents revealed Deen and her brother were being charged with discrimination for using racial slurs. Deen admitted to using language typical of her southern upbringing in the 1960s, and filmed two apologies, but the damage was done and Deen was dropped from the network and her public image has been forever tarnished.

Courtney Love was hugely successful with her Grammy nominated band Hole and was even getting an acting career going, but marrying one of the most iconic men in rock and roll history may not have been a good career move for her. Fans of Kurt Cobain and the grunge group Nirvana widely blamed Love of fueling his drug addiction and manic behavior. After Cobain’s suicide in 1994, many fans even accused Love of murder. With the loss of her husband, and negative press, Love spiraled out of control, making many public appearances while under the influence of drugs and alcohol. Her problems with addiction and erratic behavior have left her unable to reclaim the success she once had.

Axel Rose was the frontman for one of the most iconic bands of the latter part of the 1980s, leading the sound of Guns N’ Roses with his unique vocal stylings. While the band was successful with the release of their first three albums, Rose’s personal life was making its mainstage tabloid debut. Axel was accused by ex-wife Erin Everly of domestic abuse. This of course led Axel to respond (with behavior that did nothing to dispel such accusations) with erratic and violent outbursts. The fallout in the band was inevitable, but other group members went on to enjoy success with other bands. Axel on the other hand, has never regained his status on the throne, releasing albums, including one under the Guns N’ Roses name, to zero commercial success.

Lindsay Lohan had a bright future ahead of her before her lifestyle decisions got in the way. She got her start as a child star in The Parent Trap and other flicks like Freaky Friday and Mean Girls, but all of her success came crashing down when Lindsay’s behavior seemed to spiral out of control. Her issues with drinking and drugs came to the forefront with several notable public arrests and rehab stints as well as firings from various sets. In attempt to regain popularity Lindsay was given her own documentary series on OWN, but the show was a flop and plans for a second season were cancelled. As of May 2015, Lindsay completed her probation for her reckless driving in 2012. Perhaps 2016 will give the thirty-year-old a fresh start.

Chris Brown practically ruined his career when he made the decision to physically assault his now ex-girlfriend Rihanna on the morning of the Grammy Awards. Brown reportedly beat Rihanna when she found text messages from other women on his phone. The R&B singer was charged with two felonies for which he received 5 years’ probation and 6 months community service. His most critically acclaimed album Graffiti only sold 362,000 copies and other albums have been met with much commercial failure. His most recent album Royalty has been referred to as “prosaic,” “repetitive,” and ironically has not granted him any royal status. Chris Brown may have made amends with Rihanna, but fans cannot let go of his violent past.

Mel Gibson had to make this list after his eccentric and racially-charged rants became public domain in a series of recorded phone calls he had with ex-wife Oksana Grigorieva. The phone calls included jumbled illogical phrases, racial condemnation, and death threats, all of which left Mel looking like a stark raving lunatic. Of course, the racism was not really surprising. Mel had after all accused the Jews for being responsible for every war in the world, after he had been arrested for a DUI in 2006. Back in 2000, Mel starred in 4 films in one year, but since then he’s averaged 1 underwhelming film a year. I think South Park’s portrayal of Mel may actually be accurate!

Charlie Sheen had a very public meltdown, including incomprehensible rants and a direct slamming of Chuck Lorre, the man who gave him audiences of over a million viewers on Two and Half Men. After being fired from the show, Sheen made a relatively successful transition to Anger Management; however, after claims that his co-star Selma Blair was fired for complaining of Charlie’s unprofessionalism and after Sheen’s announcement that he is HIV positive, his sordid past with drugs, pornography and prostitutes has all resurfaced in the media and his future is questionable. While he still continues to have projects lined up his erratic behavior has crushed his public image, and his womanizer status will never have the same charm it once did.

Tiger Woods takes the number one spot on our list as making the greatest fall from grace after cheating on his beautiful wife Elin Nordegren. Who knew infidelity could take down one of the world’s most famous athletes? By December 2009, a phone message from Woods to one of his mistresses was leaked to US Weekly, which inspired over a dozen other women to step forward with their illustrious stories or debauchery. Wood’s philandering lost him many sponsors and resulted in a rough game on the green. It’s evaluated that Tiger lost somewhere between $5 and $12 billion on sponsorship deals after destroying his squeaky clean image. Guess that’ll show him to keep it in his pants! 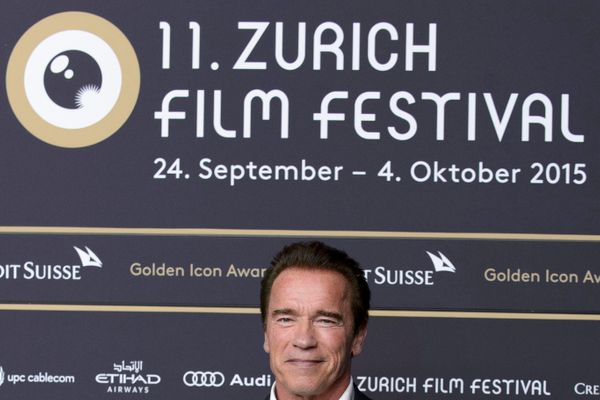 9 Celebrities Who Detoured From Their Original Careers