Social media has opened the inside world of celebrities up to their fans, but some choose to share more than others. Before social media, celebrities seemed to be untouchable, but by sharing the “behind-the-scenes” moments to their lives when they aren’t on stage, fans realize they are just like anyone else, and country stars are some of the ones who always seem the most down-to-earth. From Snapchat to Instagram to Twitter and Facebook, there are a lot of great country stars on social media, but here are the 10 best to follow.

One thing fans have really discerned from following Jake Owen is that he is very much just a regular guy, he just happens to be super talented with millions of fans. While the “Barefoot Blue Jean Night” singer is active on Twitter and Instagram — the best platform to follow him on is Facebook. His live videos are charming and entertaining and he is always keeping fans in the loop with exclusive information. Not to mention, Owen has some pretty amazing adventures as he tours and he often uses his social media to reach out to fans and offers to hang out and maybe have a beer before shows!

Kelsea Ballerini shot up the ranks of country music stardom with her hits like “Love Me Like You Mean It,” “Yeah Boy,” “Peter Pan” and “Legends,” so it didn’t take long for her social media popularity to also skyrocket. The singer is very open with her fans and shares everything from the behind the scenes of her music videos, to just simply stunning pictures and she is always thanking fans for their incredible support. Her Twitter is just as great as her Instagram as she uses the platform to share more of her humor and keep everyone up to date with all of her music and shows in the industry. As one of the most glamorous ladies in country music, Kelsea Ballerini is a great follow for everything from music to style inspiration!

Blake Shelton’s sense of humor is one of the best things about him (aside from his incredible talent, of course) and the best thing about social media is he can share that humor with all of his followers, and it seems Twitter is his go to. Although he has a respectable 2.1 million followers on Instagram, he as 20.7 million on Twitter. Aside from his random humor, Shelton has no problem serving up his unfiltered opinions despite who may disagree with him and sometimes he might even fire back at someone who criticizes him. Admittedly, his Twitter account has become much more tame than it was, but he is definitely still worth a follow! 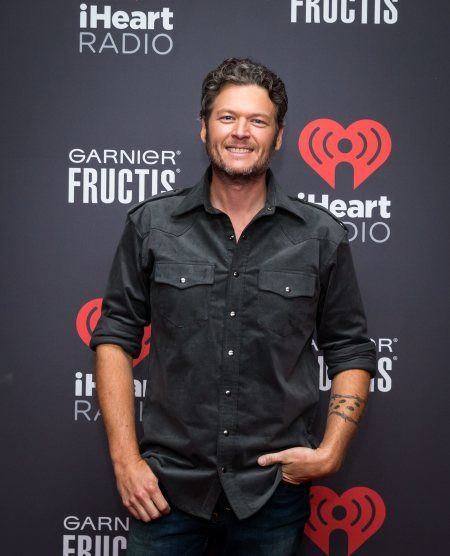 A lot of the times it seems that social media feeds all look the same — but that certainly isn’t the case for Maren Morris. The talented singer is one of the most unique artists in country music and her Instagram offers one of the best celebrity accounts to follow. Her musical journey is on fire right now and she is taking fans along for the ride as she releases new music, goes on tour, and wins awards for her talent. Her Instagram also showcases her individual and vintage fashion which is great for anyone looking for some style inspiration.

Proud to be the first country artist signed to the @wilhelminamodels family! I’ve always loved expressing myself through fashion, so this is such an exciting partnership! #wilheminamodels

Lady Antebellum is one of the most popular trios in the country music business and anyone who has gone to their shows knows that they are engaging from start to finish and that is exactly how they operate their social media. They take fans on their musical and personal journeys sharing videos and photos of not only their concert experiences but also of their adorable families. It is clear Hillary Scott, Charles Kelley, and Dave Haywood have a lot of fun together and absolutely love what they do. Giving Lady Antebellum’s Instagram a follow will most definitely bring a smile to your face.

Tim McGraw may be 50 but that doesn’t mean he isn’t a social media aficionado and his Instagram account should definitely be one of the top follows for any country music fan. At this point, Tim McGraw and his wife Faith Hill are legends so scrolling through his page and seeing him fishing, sharing gorgeous photos, or gushing over his stunning wife prove he may be a legend but he is also a very genuine person.

As Dan Smyers and Shay Mooney become increasingly successful in the industry, they never stray far from their roots or their fans and their Instagram is the best place to go for the authentic Dan + Shay. They are so grateful for their fans and make a point to share great meet and greet moments or silly photos and always make sure that everyone is up to date with what is going on in their lives and with their music. They are also very low-key and shared a series of cover song videos that had everyone clamoring for more! These two really seem like two guys you could be best friends with.

Thomas Rhett is one of the most likable stars in the country music game so it isn’t surprising that his social media accounts only make him more endearing. His videos, photos, and stories have always featured his beautiful wife Lauren and fans have become so interested in their life together that Lauren Akins has come to have one of the best social media accounts in country music as well. Now, Rhett’s photos and stories have only become even better as he shows hilarious and adorable moments with not only Lauren but their two daughters Willa and Ada as well. The singer is always updating his stories and is one of the most accessible artists out there, and fans just can’t get enough.

5 years of marriage with this beautiful woman. A lot has changed since our last anniversary. We have cried a little but have laughed and loved harder than we ever have. Love you baby! Here’s to so many more. You + me

Carrie Underwood is so talented and so beautiful, it seems like she can’t be real, but thanks to her social media she has proven to fans when she isn’t performing in front of sell-out crowds — she is a very normal mother and wife. While she and her husband Mike Fisher have always been private, she opens fans up her world with some incredibly sweet images of their son Isaiah and the most exciting moments from her Fisher’s games with the Nashville Predators before his retirement. Then of course, there are adorable videos and pictures of her dogs, which just round out her seemingly perfect life showcased through her social media accounts. Although she by no means overloads fans with posts, she always gives just enough.

Just a typical Thursday night at the Fisher house…featuring Catboy, Gekko and Owlette! It’s time to be a hero! #PJMasks

Brett Eldredge knows how to put on a great performance, but he also knows how to put out some quality material on his social media. From Instagram to Snapchat to Facebook, Brett Eldredge has become the country king of social media, and his accounts are great for fans of his but also for people who love adorable dog videos. The singer’s best friend is his dog Edgar Boogie Eldredge (who has their own Instagram account) and the two get into all sorts of adorable adventures together, meaning there is never a dull moment when you follow Eldredge on any of his accounts. His antics are hilarious, heartwarming and absolutely charming making him the best country star to follow on any social media platform.

@edgarboogie and I getting ready for a big date…just kidding, we will probably just lay on the couch in our tuxes

Celebs Who Met Their Significant Others On Social Media