Over the years, TV shows with similar themes and on the same network have introduced crossover episodes, much to the delight of fans. Over the years of television history genres ranging from sitcoms to animated series and even dramas have taken part in a crossover episode, often with fantastic results. Many have become special events for networks and are highly promoted as they offer a change from the norm for viewers and sometimes introduce audiences to new series. Here are the some of the most iconic TV character crossovers from recent years:

When it came to the crossover between Sleepy Hollow and Bones, fans were very confused about how the quirky supernatural “crime” series was supposed to engage with the otherwise normal modern-day crime show. In the end, it worked incredibly well with the episodes “The Resurrection in the Remains,” which saw Sleepy Hollow’s Abbie Mills and Ichabod Crane come into Bones‘ territory while “Dead Men Tell No Tales,” had Brennan and Booth venture into the world of Sleepy Hollow. After the success of the crossover despite skepticism about how they would work together, there was hope it would again, but that was before Sleepy Hollow‘s disappointing cancellation.

With the medical drama St. Elsewhere and the hit sitcom Cheers both airing on NBC and both taking place in Boston, the network couldn’t pass up the chance to have some characters make a crossover. In the season three St. Elsewhere episode, aptly titled”Cheers,” many of the St. Eligius staff head over to the bar “where everyone knows your name” for a few drinks after work. While Sam (Ted Danson) and Diane (Shelley Long) did not appear in the episode, the doctors were greeted by Carla (Rhea Perlman) and Norm (George Wendt).

One of the more recent TV crossovers occurred when Brooklyn Nine-Nine and New Girl crossed paths with the episodes “The Night Shift” and “Homecoming.” It had never occurred to fans of either series that the two would exist in the same universe, but they made it work. While the crossover with Zooey Deschanel’s Jessica Day popping up in Brooklyn Nine-Nine went over better than the New Girl’s “Homecoming,” the crossover wasn’t a critical success. With both shows being so funny individually and with so many great characters, fans expected a lot more from the crossover, but it was difficult for everyone to get the screen time they deserved.

7. Supergirl and The Flash

The Arrowverse has had a lot of crossovers, especially since the introduction of The Flash and Supergirl, but the crossover between those two particular series was the most important. Despite the fact both DC Comics’ series were produced by the same man, Greg Berlanti, it was made clear that Supergirl would not be operating in the same universe as The CW’s The Flash and Arrow, but that all changed with the episode “World’s Finest.” As the eighteenth episode of Supergirl’s first episode, it took awhile before the decision was made to put Supergirl in the same universe as The Flash showed up to help Supergirl battle the Silver Banshee. With Supergirl’s future in jeopardy, the episode proved to be exactly what was needed as it was not only a seamless blend of the two but set up Supergirl‘s eventual move to The CW for season two.

6. Buffy the Vampire Slayer and Angel

Given that Angel was an integral part of Buffy the Vampire Slayer and landed his own spinoff, it isn’t surprising that this crossover happened when Buffy ended up in the eighth episode of Angel’s first season with “I Will Remember You.” Of course, Buffy appearing on Angel was what fans had been waiting for, and was a great crossover episode because of the history and chemistry already created between the two. The episode also offered Buffy and Angel fans one of the pair’s most heartbreaking moments of all time, and while it was incredible, it has a step up on shows that previously had no connection.

Those who grew up in the ’90s have a special place in their hearts for series such as Full House and Family Matters, and the unexpected yet beloved crossover episode between the two remains one of the best crossovers of all time. In the Full House episode “Stephanie Gets Framed,” none other than Steve Urkel comes into Stephanie’s life as a source of support for Stephanie dealing with getting glasses. Urkel was introduced on the show as a visiting cousin of a friend, and the episode went so well fans hoped for more Urkel appearances in the future but unfortunately that never happened.

4. Mad About You and Friends

Since Friends is the most iconic show of its time, it easy for other popular sitcoms that aired at the same time to be easily forgotten. One of those sitcoms was Mad About You which not only aired during the same era as Friends, but was one the same network and the two also shared a universe. Although there was no entire crossover episode dedicated to the interaction of the two shows, a few characters crossed over including in the season one episode of Friends “The One With Two Parts.” In the episode, Mad About You‘s Jaime walks into Central Perk where she mistakes Phoebe for her twin sister Ursula, who originated as a character on Mad About You. As the years went on Ursula continued to make several appearances on Friends which continued the connection between the two shows.

3. The Jeffersons and The Fresh Prince of Bel Air

One of TV’s best character crossovers actually happened long after one of the shows had ended. From 1975-1985, The Jeffersons was one of the most popular and one of the funniest series on TV, and in the ’90s the characters come out of retirement for an appearance on The Fresh Prince of Bel-Air. In the episode “Will is From Mars,” Will and his fiancee Lisa attend relationship counselling where they encounter George and Louise Jefferson. The mix of The Jeffersons comedy and The Fresh Prince of Bel-Air was absolutely hilarious and blended perfectly for a memorable episode which resulted in another appearance from The Jeffersons in the finale episode of Fresh Prince as prospective buyers of the Banks’ mansion.

Since Happy Days inspired so many spin-offs which included Laverne & Shirley and Mork & Mindy, it isn’t surprising that they eventually crossed paths. For the pilot episode of Mork & Mindy, the network made sure to tie it into its origins with a surprise appearance from The Fonz himself, as Robin Williams’ Mork tells the story of his very first visit to Earth. The episode then went on to crossover with Laverne & Shirley, making it a very special crossover event as The Fonz went on to make many more appearances on Laverne & Shirley over the years. 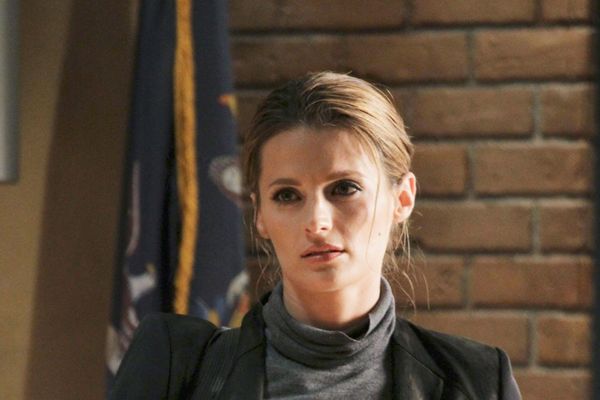