The most successful television shows usually enjoy tackling a few holiday episodes during their time on-screen and some even end up being among their best creations! If you’re planning on spending February 14th curled up on the couch watching TV (possibly with a glass of wine and some chocolate), these shows will give you the perfect dosage of sentiment and laughter to get through the Hallmark holiday. Check out this list of memorable Valentine’s day TV episodes:

Michael and Holly are in the midst of their on and off again relationship, and this time the two are making everyone uncomfortable with their over-the-top public displays of affection. The office holds a meeting to warn off inappropriate shows of PDA in the workplace — and to Michael’s dismay, it is geared towards his relationship with Holly. It all leads to Michael eventually telling Holly that he loves her, while Jim and Pam learn that all their co-workers have hooked up somewhere in the office. The two sneak off to enjoy a champagne lunch and end up doing the deed somewhere in the office!

Valentine’s day in the O.C. is guaranteed to bring some drama, and of course, as with every other holiday, there’s a benefit event to attend. Seth goes to Sandy for relationship advice after he decides he wants to take his relationship with Summer to the next level. The two are intimate for the first time and it doesn’t go well. Things get weird when Luke surprises everyone when his new crush is none other than Marissa’s mom, Julie. Meanwhile, trouble starts when an ex-girlfriend from Ryan’s past, Teresa Diaz, shows up as a waitress for the caterer at the benefit, forcing Marissa to get real with her feelings and reevaluate her break up with Ryan.

Cordelia dumps Xander on Valentine’s Day and in order to win her back and get his revenge, he has Amy cast a love spell on her. Something goes wrong with the spell when it ends up affecting every girl in Sunnydale! Xander spends his Valentine’s day with an entire town of women falling in love with him, including Buffy and her mother. It gets worse when the spell strengthens, causing the crushes to become full-blown obsessions and things start to get violent. Yikes! In the end, the whole ordeal brings Cordelia and Xander back together when she is oddly touched by his intent to put the spell on her.

This show isn’t on television anymore, but will always be a classic sitcom to revert back to for some old school entertainment. Saved by the Bell was at one point the highest rated show on Saturday mornings, and the season four Valentine’s day episode “Isn’t It Romantic?” takes viewers on a far walk down memory lane. The gang is about to graduate from high school and move on into the real world, so they all begin reminiscing about past relationships with one another. It’s a cute reminder of all the silly and romantic moments that occurred in the halls of Bayside High and a great tribute to the cast members before the series came to an end.

6. Friends — “The One With the Birthing Video”

Chandler finds a videotape in the iconic apartment he shares with Monica and mistakenly believes that it is a tape of girl-on-girl porn that Monica left for him as a Valentine’s day gift. When he ends up watching the tape, he’s horrified by what he sees. The tape is a homemade birthing video that Phoebe left for Rachel to watch. Chandler ends up showing Monica the video and she is equally as traumatized and the tape ends up ruining their romantic plans for the evening. Meanwhile, Rachel moves in with Ross so that he can be part of her pregnancy, but he has yet to tell his current girlfriend, Mona. Joey is depressed and not even the world’s most fun dog ‘Mozzarella’ can cheer him up. At the end of the episode, Joey ends up telling Ross that he has feelings for Rachel.

Valentine’s day on Modern Family is sure to be hilarious as Phil and Claire reprise their annual alternate identities, “Clive Bixby” and “Julianna,” for their date. Once again, things go wrong when Claire tries to entice Phil with a room card to meet up. When Phil goes to leave and head up to the room, he ends up taking the wrong hotel room card. When he gets to the room, he unknowingly undresses and lays out on the bed waiting for Claire, only to find out he’s in the wrong room when an older woman walks in! Meanwhile, Jay’s plans to surprise Gloria keep getting ruined, while a secret admirer comes between Cam and Mitchell.

4. The Mindy Project — “Harry and Mindy”

Those who know Mindy Kaling from The Mindy Project know about her love for romantic comedies. This Valentine’s day episode pays homage to all of Mindy’s favorites like Sleepless in Seattle and When Harry Met Sally. Mindy has been dating a Latin teacher named Jamie, but his too-close-for-comfort relationship with his best friend Lucy is concerning. Danny is still reeling from a recent breakup, so Mindy decides to solve her problem by setting him up with Lucy. The four go on a double date that doesn’t go well. Jamie starts to get jealous of Danny and Lucy and ends up professing his love to Lucy who returns the feelings. Mindy and Danny are forced to spend the rest of the evening together, which turns out to be not so bad as the two begin to realize they have feelings for one another.

Finn opens a kissing booth to raise money for the club and uses his popularity to get a kiss from his ex-girlfriend, Quinn. Quinn’s boyfriend insists that she does it which starts up an affair between Finn and Quinn. The show features cast members singing a bunch of love songs in honor of this Hallmark holiday. Rachel is upset by Finn and Quinn’s newly sparked feelings, but she decides to distract herself with focusing on a career. She organizes the group’s performance to Katy Perry’s song, “Firework.” But the most important part of this episode was Kurt coming to terms with his sexuality and admitting that he has feelings for Blaine. The episode ends with the group at Breadstix where the Warblers perform the song, “Silly Love Songs.”

2. Friends — “The One with the Candy Hearts”

It’s Valentine’s day for the gang of Central Perk and each is determined to either find a date or get over their exes. Ross’s first date post-divorce doesn’t go well when he ends up at the same restaurant as Carol and Susan. Joey sets Chandler up on a blind date that turns out to be none other than Janice! How could we forget about the voice of Janice…meanwhile Monica, Rachel, and Phoebe decide to rid themselves the bad relationships in their past. Phoebe knows a seance that can help with that (of course), so the girls end up burning mementos of their old boyfriends. But when Rachel pours the last bit of Paolo’s grappa on the fire, it almost burns down the apartment. A group of cute fireman comes to put out their fire and end up asking the girls out for drinks.

This episode takes the number one spot for best Valentine’s day episodes when Claire and Phil take up their alternate identities as Clive and Julianna for the first time. The two meet up at a bar and indulge in some role-playing to spice up their Valentine’s day plans. But things go awry when Claire decides to take off her clothes and only wear a coat to seduce Phil. When the two get up to leave, her coat gets caught in the escalator and she’s stuck. To make matters even worse, Jay and Gloria run into them after leaving a comedy club. Earlier in the episode, Jay learns to take more interest in Gloria’s hobbies and not always make plans for things that he enjoys, while Cam and Mitchell help Manny with a girl that he likes. 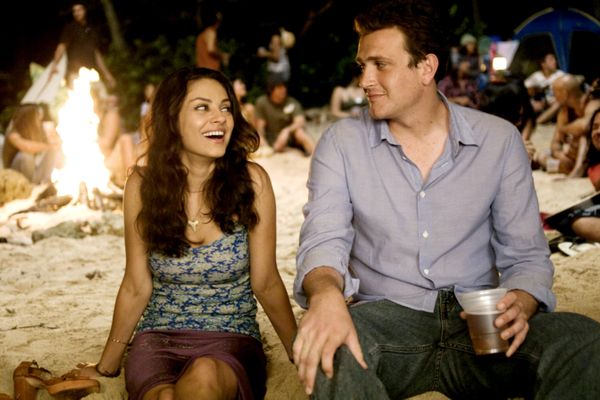 Movies To Watch On Valentine’s Day