Even though it might be hard to picture our favorite country stars doing anything but singing up on stage and basking in their celebrity fame, everybody has to start somewhere and you’d be surprised where most of them got their start! The singers on this list have come a long, long way since their first jobs. Some of them could retire now and never work another day if they wanted to! Check out these 10 country stars who had odd jobs before they were famous and find out what they were:

The “Different For Girls” singer definitely had one of the grungiest jobs on this list as a toilet cleaner at Arizona’s Lake Powell. He worked there for one summer and cleaned 250-gallon portable toilets from the rental houseboats. “It usually had a week’s worth of ‘stuff’ in there from the 10 to 12 houseboat guests,” he said. Of course, things occasionally got messy. One time the old machine they used to clean the toilets backfired and sent the hose and all its ‘stuff’ straight up into the air! “I tried to outrun the rain. Got nailed.” Yuck!

Country music’s bad boy Eric Church surprisingly worked for the Home Shopping Channel before he gained fame as a singer. His first job when he moved to Nashville was taking credit card numbers from callers between midnight and 8 a.m. Not surprisingly, the people who’d call in were often drunk and Church actually got fired after he was caught talking intoxicated callers out of what they were about to purchase when they called in.

Before Kellie Pickler gained fame on American Idol and later with huge hits like “Red High Heels” and “I Wonder,” she worked as a waitress…but not just any waitress! This bubbly country singer grew up in Albemarle, North Carolina, and after she graduated high school she served fast food on rollerblades while working at the local Drive-In Sonic! In an episode of I Love Kellie Pickler she went back to the Sonic she used to work at to relive her days as a car-hop, but she learned she was a little more than rusty at her old job!

Jason Aldean’s first job was being a Pepsi delivery man. He started working at a Georgia Pepsi plant when he was 17. He would ride in a truck and deliver drinks to all the local convenience stores. “I was the guy that rode around in a truck and delivered drinks to all the convenience stores, so this was kind of my back-up plan. The truck didn’t have any air conditioning in the summer time,” he said. Luckily that whole superstar thing worked out!

Trace Adkins once said, “I’m not a singer who used to be a roughneck. I’m a roughneck who sings.” Before making it big in the music industry, he spent six years working on an offshore oil rig. This career choice definitely left him with a few stories to tell and a couple scars! His career was cut short when he busted his forehead open by a snapped cable and injured his leg when a fiberglass tank exploded. He also once got stranded on the oil rig with other workers during Hurricane Chantel in 1989. He returned to the rig at the age of 50 to see what it would be like and reportedly said it was a “breeze.”

When Reba McEntire sings about being a country girl — she knows what she’s talking about! This iconic singer used to help her daddy out and worked as a cowgirl while growing up in Oklahoma. She would gather the cattle on the family ranch at the age of only 6-years-old, and helped turn the bulls into steers. In her 1994 memoir “Reba: My Story” she talked about working alongside her father on the ranch: “I would stand behind the bull and hold his tail while Daddy sliced the sack and cut the cord and let the testicles fall. Daddy would pass the testicles to me, and I’d put them in a bucket,” she wrote.

This job isn’t exactly “odd” but it’s hard to picture the beautiful country singer flipping burgers at McDonald’s and asking customers, “Would you like fries with that?” Not surprisingly, she didn’t enjoy it. “Fries, burgers, cash register — I did it all. I hated it. God bless the people that work there,” she said in an interview with Taste of Country. When she made the decision to move to Nashville she was more than happy to quit. Then she started selling t-shirts at Reba McEntire’s merchandise booth at the 1987 Fan Fair!

Little Big Town singer Phillip Sweet once worked as a mall custodian cleaning bathrooms. “It would get pretty gruesome after a day’s worth of customers. I got paid seven dollars per hour, and I was by myself most of the time, so I would come up with song ideas to block out the Muzak playing over the mall speakers,” he said.

Tim McGraw has built an incredible career, but he didn’t get to where he is without working a few odd jobs here and there! On his official Facebook page, the country crooner shared that his first job in Nashville was cleaning and fixing up shopping carts. The post read: “‘Me and my buddy used to go out and clean shopping carts from grocery stores. We would clean them and fix the wheels.’ Was that an incentive for him to pursue a music career? ‘Absolutely! You ever washed a shopping cart in 20-degree weather?”

Even though Joe Nichols sings songs like “What’s a Guy Gotta Do” it seems there’s one thing he definitely won’t do and that’s selling meat out of the back of a truck! His first job after moving to Nashville was selling frozen meat from a truck in 100-degree July weather. “It was so apparently bad that by the end of the day, we would walk halfway up the driveways, and people would just come outside and shake their heads, ‘No, get back in the truck,'” he said. Nichols only lasted on the job for one day! Luckily he can sing cause we’re not sure he’d last long elsewhere! 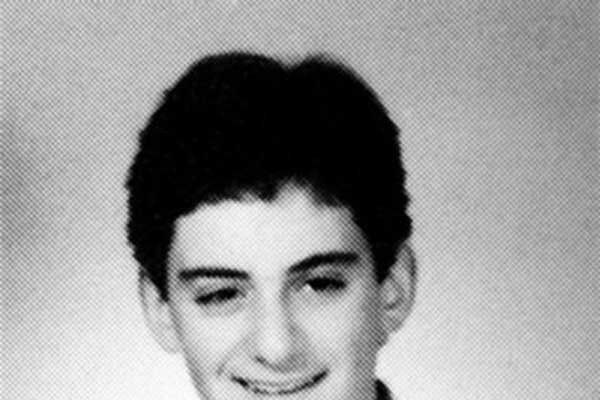