Sometimes Hollywood gets desperate for storylines and will look no further than their small screen counterparts with the hope of cashing in on an already established lineup of beloved characters. This technique, while seemingly quite genius, often backfires and leaves audiences with much more to be desired. This list takes a look at those great television shows that should have remained small screen classics!

The 2006 remake of the classic 1980s series left many fans torn. Michael Mann is a director who has earned huge credibility with films like Heat, Collateral, and Ali, and has successfully transformed actors into their characters. But the casting of Colin Farrell as Sonny Crockett just felt wrong, and many critics agreed. Some fans of the original series saw the film as a marketing scheme and felt that while Mann did remake the storyline to fit a modern context and did away with the pastels and sockless wardrobe, the film just didn’t live up to the greatness of his other work. This film, while not horrific, lands on our list because of our disappointment in the lowering of the bar for a great filmmaker.

This one makes the list even though the film was released prior to the series. The series had it all, mystery, intrigue, beautiful people, and interesting characters, and all of this was developed from a lackluster movie of the same name featuring Kristy Swanson, Luke Perry, and of course Paul Reubens, because…well, why not? The 1997-2003 series went on to be nominated and win countless television awards including multiple wins in the category of Best Network Television Series. It also inspired the spin-off series Angel which ran from 1999 to 2004, and let’s face it, who didn’t want to see more of David Boreanaz?

The series The Mod Squad ran from 1968-1973 to countless award wins and nominations, but it’s 1999 film adaptation starring Claire Danes, Giovanni Ribisi, and Omar Epps, did nothing but disappoint audiences, and even earned itself a nomination for a Razzie Award for Worst Screenplay. Roger Ebert shared in those sentiments and said, “The director, Scott Silver, co-wrote the script himself, and has to take some of the blame: This is a classy production and deserves better.” Ouch!

This adaptation had the makings for a rocking remake, but somehow even with it’s awesome cast the story failed to wow audiences. The 1960s cartoon version that stuck around for countless years in syndication, was charming in its modernist imposition of crudely drawn animals, bad puns, and cheap production. The show seemed to be quite witty at times and appealed to audience members of any age. But the film, on the other hand, features computer animation blended with live action and looks more like a ridiculous parody that should have just left the classic relic alone.

Hey! Hey! Hey! Bill Cosby’s 1970s classic Fat Albert ran for more than a decade and was named by TV Guide as the best cartoon series of the 1970s. No wonder they wanted to adapt it to the big screen! Unfortunately, however, the film was a flop. With a $45 million budget, it only wound up grossing $48.6 million worldwide. Arno Kazarian of IMDb called the film an “abomination” and “easily the worst major release of the year.” Eek!

They should have stopped after the first one…but no! Why?! While the film features some feats of animation it appears that the filmmakers could not imagine a Smurf world that is maintained by the Smurfs themselves and thus much of the magic is lost to Neil Patrick Harris’ human character. The classic 1980s cartoon was beloved by a generation but alas, the story has been usurped by a new generation. This is not one of those awesome animated features that can be enjoyed by the whole family. According to Sean O’Connell of the Washington Post, “I wouldn’t smurf Gosnell’s ‘The Smurfs’ on my smurfiest enemy.”

Why anyone thought casting Will Ferrell alongside Oscar winner Nicole Kidman was a good idea is still beyond anyone’s guess. This flick, based on the 1964 Primetime Emmy winning television series, was nominated in many categories for both Razzie Awards and The Stinkers Bad Movie Awards. If Nicole Kidman can’t save your movie, you know it’s bad! That being said, it turns out no blonde bombshell can wrinkle their nose quite like Elizabeth Montgomery and no one should bother trying!

I think film critic Peter Travers of Rolling Stone summed it up beset when he said, “Will Ferrell and Danny McBride can find the dumb fun in anything. Too bad that Land of the Lost is so much less than anything.” You know when you decide to include a dino-piss shower you’re opening up the proverbial can of worms where people are either going to laugh or ralph. While some criticism of the original series exists, as it features some low-budget special effects, the show was innovative and was nominated for several awards throughout the 1970s. Case in point, let old bones lie.

Critics were appalled by this attempt at a film adaptation stating: “It’s not so much a question of Scooby-Dooby-Doo, Where Are You—by Why?” The Razzie Award nominated film had nothing on its television counterpart which began airing in 1969 and has continued in some manifestation to present day. When Roger Ebert is commenting on the number of large breasted women in the film in his critique, I think it’s fair to say something has gone terribly wrong!

Who ever thought putting Jessica Simpson in front of a camera was a good idea was horribly mistaken, oh and while you’re at it, throwing Johnny Knoxville and Seann William Scott into the mix?! Is this some kind of sick joke? The movie was destined to be terrible and lived up to those expectations exactly. It was nominated for 6 Razzie Awards and 7 Stinkers Bad Movie Awards! The original series by the same name is an award winning classic that ran from 1979 to 1985. While the show didn’t feature much substance, it was entertaining. Something the film adaptation cannot claim! The film may go down in history as the worst cast to ever star alongside one another! 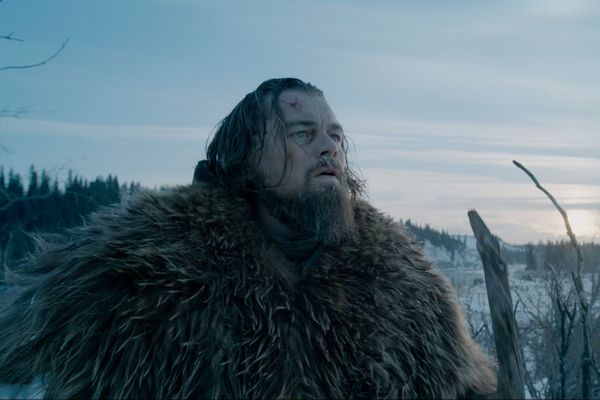