Instagram has revealed the most liked celebrity photos of 2017 and dominating the list is Selena Gomez, Beyonce, and Cristiano Ronaldo! These stars proved that they are the absolute masters of social media and with millions of followers watching their every move, they have succeeded in documenting their lives and creating a community of millions of followers! Whether it be sharing milestone accomplishments, personal announcements or even just simply their every day lives, leave it to these three to win the hearts of their fans and have some of the most popular photos of the year. Follow along for 10 of the most liked photos on Instagram for the year of 2017:

Selena Gomez’s 25th birthday was a huge hit on Instagram and received an impressive 7 million likes! “Thank you for all of my bday love. I couldn’t be more blessed. A lot of you don’t realize how much you mean to me. I. Love. You. –think 25 is going to be epic. xo,” she captioned the photo of her sitting on a kitchen table surrounded by balloons and birthday cakes.

Once again, Selena Gomez dominated, but this time with her March Vogue cover photo shoot! The popular image, which was one of many posted from the shoot, featured Gomez posing on a vintage bicycle in a pair of stiletto Barbie pink heels and a patterned off the shoulder bikini. Gomez definitely realized that the photo speaks for itself and left the image without a caption.

“Family mood,” Ronaldo captioned a photo of him, girlfriend Georgina Rodriguez and two sons on August 27! The sweet photo garnered 7.2 million likes, which made it quite clear that this athlete’s followers love when he spends time with his family. The photo featured the five bronzed Ronaldo clan members cuddled up on the couch in loungewear, looking happier than ever!

7. Selena and The Weeknd at the Met Gala – 7.7 million likes

Although Selena Gomez and The Weeknd are now broken up, it was clear while they were dating that they weren’t shy to flaunt their relationship to their fans! The exes were quite liberal in posting social media photos boasting their couple status and even made a public appearance together after only a few months of dating. This specific appearance at the Met Gala marked their first time out together as a couple and they strolled hand in hand. Gomez was even captured whispering “I love you” to Abel on the night of the gala.

Aside from making official public appearances together, Selena and The Weeknd were also open about their day to day life as a couple on social media! Selena posted a photo of her and The Weeknd at Coachella back in April that garnered quite a bit of attention. The selfie featured the ultra stylish duo wearing chic sunglasses and looking extra cozy while celebrating at the music festival.

“So happy to be able to hold the two new loves of my life,” Ronaldo captioned the popular social media post of him holding his two newborn babies! The photo features a dapper Ronaldo holding one baby in each arm — one in pink and one in blue — and Ronaldo looking lovingly down at them. Clearly, Cristiano’s fans were just as thrilled with the new addition to the Ronaldo clan with the 8.2 million likes the photo received.

“Sir Carter and Rumi, 1 month today,” Beyonce captioned the official reveal of her newborn twins on Instagram! The photo was a follow up to the highly successful announcement photo she posted that was the inspiration behind countless memes and imitations among fans. The twin’s reveal featured Beyonce posing majestically while holding her newborns with a purple garment wrapped around her body.

Selena Gomez shocked the world when she posted a photo of herself lying in a hospital bed alongside friend Francia Raisa. “I found out I needed to get a kidney transplant due to my Lupus and was recovering. It was what I needed to do for my overall health,”  she began the lengthy caption. “I honestly look forward to sharing with you, soon my journey through these past several months as I have always wanted to do with you. Until then I want to publicly thank my family and incredible team of doctors for everything they have done for me prior to and post-surgery. And finally, there aren’t words to describe how I can possibly thank my beautiful friend Francia Raisa. She gave me the ultimate gift and sacrifice by donating her kidney to me. I am incredibly blessed. I love you so much sis.”

Of all Ronaldo’s popular Instagram shots, his most liked of the year was the epic photo of him and his girlfriend Georgina Rodriguez in the hospital welcoming their daughter Alana Martina. The photo featured a smiling family and Ronaldo and son wearing medical gear in preparation for the new baby. Clearly, his audience was super thrilled by the announcement and the epic photo received 11 million likes!

Of all the popular photos of the year, the top photo that garnered the most attention and likes for 2017 was Beyonce’s pregnancy announcement! The staged photo earned a whopping 11.1 million likes and featured Beyonce holding her belly and posing on a bed of flowers with a veil draped over her. “We would like to share our love and happiness. We have been blessed two times over,” Beyonce captioned the photo to announce that she and Jay-Z were expecting twins. “We are incredibly grateful that our family will be growing by two, and we thank you for your well wishes. – The Carters.” 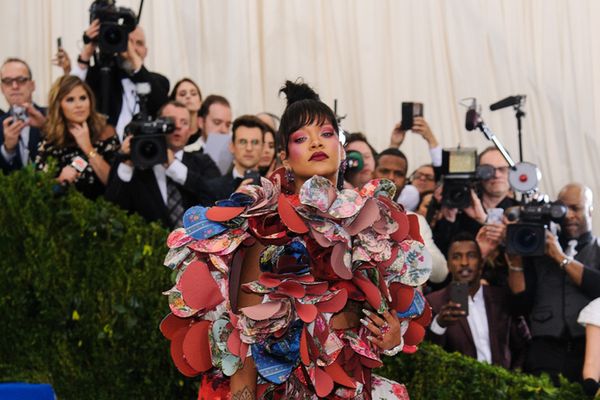