The ‘70s were a great era in Hollywood. There were a number of great films that were made and with it came a number of great actors and actresses. Many of these stars are still around and we found out what they’re up to. Check out 10 popular ‘70s stars are where they’re at now!

Robert Redford became a bankable star after the success of Butch Cassidy and the Sundance Kid and his stardom continued to rise in the ‘70s thanks to hits including The Great Gatsby, The Great Waldo Pepper, Three Days of the Condor and All the President’s Men. He’s since become an accomplished director and has even won a Best Director Oscar for Ordinary People. Most recently, he made a return to acting. He’s appeared in Captain America: The Winter Soldier, A Walk in the Woods, Truth, Pete’s Dragon and The Discovery.

Anjelica Huston was a pretty big star in the ‘70s because of who she was dating – Jack Nicholson. She was still modeling at that point and it was only during the ‘80s when she broke into acting with roles in movies like The Postman Always Rings Twice, Prizzi’s Honor (which earned her an Academy Award) and The Dead. While Huston has continued to act, she has also broke into directing. Some of the films she directed include Bastard Out of Carolina, Agnes Browne and Riding the Bus with My Sister. She’s also released two memoirs, A Story Lately Told and Watch Me.

Michael Douglas gained fame during the ‘70s on the television show Streets of San Francisco and his film career took off when he starred in The China Syndrome. In recent years, his career hasn’t slowed down. In 2015, he had a role in Ant-Man and this year we can see him in the movie Unlocked.

Goldie Hawn rose to fame during the ‘60s on the sketch comedy show, Rowan & Martin’s Laugh-In and she won a Best Supporting Actress Academy Award for her role in Cactus Flower. After this, her career really took off and led to more comedic and dramatic roles in films like There’s a Girl in My Soup, Butterflies Are Free, The Sugarland Express and Shampoo. Hawn hasn’t been acting much since her role in the movie The Banger Sisters. She had provided the voice for Peggy McGee in Phineas and Ferb and she is supposed to play the mother of Amy Schumer’s character in the upcoming comedy Mother/Daughter.

After the success of The Godfather, Al Pacino became a much sought after actor and he’s continued to have a successful career since. He received an Academy Award for his performance in Scent of a Woman back in 1993 and, in recent years, he won a Golden Globe for the HBO film You Don’t Know Jack.

Lynda Carter was the star of the television series Wonder Woman, a role she held from 1975 to 1979. To this day, it’s her most notable role. Over the years, she has continue to show up in various television series, including Law & Order, Smallville and Two and a Half Men and she’s also launched a career as singer, songwriter and recording artist.

In the ‘50s and ‘60s, Clint Eastwood was making a name for himself as an actor. He starred in a bunch of spaghetti Westerns like Fistful Of Dollars, For a Few Dollars More and The Good the Bad and the Ugly. During the ‘70s, he set up his own production company and began working behind the camera, directing films including Play Misty For Me, Dirty Harry, Magnum Force, The Enforcer, Sudden Impact and The Dead Pool. To this day, Eastwood continues to direct. In 2014, he directed the Oscar-winning film American Sniper and this year he’s directing the movie, Sully.

Diane Keaton first established herself as an actress with her role as Kay Adams-Corleone in The Godfather and The Godfather Part II, and she parleyed that into more success when she joined forces with Woody Allen, starring in his films, including Sleeper, Love and Death and, of course, Annie Hall, which earned her an Academy Award for Best Actress. Keaton has had a rather successful career as an actress. She’s worked steadily since the ‘70s and currently has several film projects in various stages of production, including Finding Dory, The Young Pope, Hampstead and Divination.

Robert De Niro’s role as Vito Corleone in The Godfather: Part II not only won him his first Academy Award, but it also established him as one of the greatest actors of his generation. He’s gone on to have a really successful film career, winning another Academy Award in 1981 for his performance in Raging Bull. This year, he appeared in two films – Dirty Grandpa and Hands of Stone and next year he will appear in The Comedian.

Jack Nicholson’s career really took off in the ‘70s. He starred in films like Five Easy Pieces, The Last Detail, Chinatown and One Flew Over the Cuckoo’s Nest, which earned him his first Oscar. Over the years, Nicholson has continued to act; however, the last film he was in was in, How Do You Know, was in 2010 and he has turned down every other movie offer since, including the lead role in Nebraska, which went to Bruce Dern. 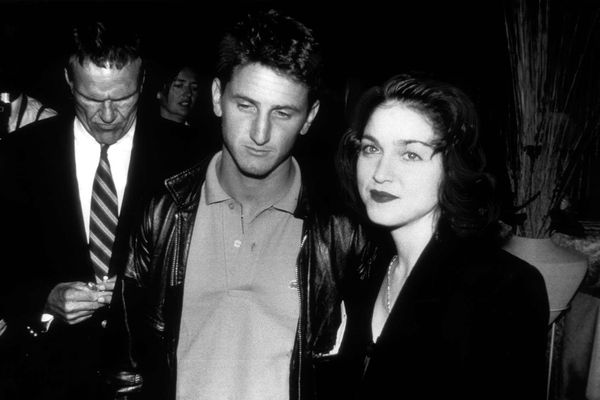