The women of Victoria’s Secret have awed us with their beauty and have become a staple part of popular culture. Many of them have moved onto careers outside of the modeling industry and have earned some big-time cash! This takes a look at some of the greats who graced the runways as Angels and just what they’ve been up to since striking a pose at center stage!

Tyra Banks is fierce! At the age of 14 she was swept into model land by Elite Model Management. She was the first ever African-American to land the cover of Sports Illustrated and it wasn’t long before various brands picked up the curvaceous sensation. She began working with Cover Girl and Victoria’s Secret, and she even began acting in shows like The Fresh Prince of Bel Air. Her stint with VS lasted from 1997 to 2005 when her self produced series America’s Next Top Model was really taking off. Banks also had her own talk show The Tyra Banks Show for five years. Tyra has gone so far as to publish a novel called “Modelland,” start her own brand of cosmetics, and launch her own fashion and beauty website. She’s must have earned a pretty penny with so many ventures!

Karolina Kurkova became a Victoria’s Secret model in 2005 after gracing the cover of Vogue. The 5’11 Czechoslovakian born bombshell has walked the runways of some of the most prestigious brands like Alexander McQueen, Versace and Louis Vuitton. She left the VS brand in 2008 after being panned by fashion critics when a health condition led to weight gain. Kurkova transitioned to the big screen and starred alongside Frankie Muniz in My Sexiest Year, and in the 2009 flick G. I. Joe: The Rise of Cobra. She is married to Archie Drury and is the proud mother of two boys!

The 5’9 stunning blonde Heidi Klum made it big after winning a modeling contest at the age of 18. She left her hometown on Bergisch Gladbach and hit the European circuit. Her 1998 cover of Sports Illustrated was a turning point, and it scored the bombshell a spot on the Victoria’s Secret Angel roster. In 2004, she transitioned to the reality TV scene with the show Project Runway. Heidi’s last Victoria Secret fashion show was in 2009, but her career hasn’t slowed down! She’s appeared in various television shows including How I Met Your Mother, Sex and the City, and Parks and Recreation. Heidi is currently a judge on America’s Got Talent.

Naomi Campbell is one of the most notorious super models of all time and after walking the catwalks for designers like Versace and Vivienne Westwood, she moved to the Victoria’s Secret Fashion Show circuit from 1995-2009. The British born beauty also released an album called Babywoman in 1993. After a series of debacles, Campbell did a stint in rehab for cocaine abuse and had several assault cases brought against her for which she was convicted. In 2013, Naomi hit the reality TV scene on The Face and in 2015 she signed on for a recurring role on the hit series Empire.

At the ripe old age of 14, this 5’11 Brazilian Amazon was discovered at a Sao Paulo McDonald’s, and has been gracing the runways and magazines ever since! In 1999 she owned the cover of Vogue and caught the attention of Victoria’s Secret the following year. She stuck with the brand for 7 years and earned herself Forbes top spot on their “World’s Top-Earning Models” list when she raked in $33 million in one year! She’s gone onto marry football legend Tom Brady and become the proud mother of two, a son Benjamin and a daughter Vivian. Gisele has continued to appear in various advertising campaigns and as of 2015, in her 20 years as a model, Gisele has appeared in more than 350 ad campaigns, over 1,200 magazine covers, over 450 magazine editorials, and appeared in more than 470 fashion shows throughout her career. That’s a busy lady!

Marisa Miller caught the attention of Victoria’s Secret after appearing in Sports Illustrated and Vogue. In 2007 she scored a deal with Victoria’s Secret and filmed a commercial and walked as an Angel in the same year! In addition to her work with the brand, Miller is also the spokesperson for Harley-Davidson and the NFL! The sex symbol made her film debut in R.I.P.D. and also played a minor role in Gary Unmarried. She’s also been heavily involved in various charitable organizations and PETA. Marisa is married to music producer Griffin Guess, but has opted to keep her last name from her first husband Jim Miller. The couple have 2 children together.

Rebecca Romijn joined the Victoria’s Secret team in 1994, but it wasn’t long before she branched out in Hollywood land. The stunning beauty is best known for her role as Mystique in the X-Men franchise of the early 2000s. She’s also appeared in other films like Man About Town, Good Deeds, and shows like Ugly Betty, Eastwick, and Adventure Time. Romijn was once married to John Stamos, but after the couple’s divorce, Rebecca remarried actor Jerry O’Connell. The couple have twin daughters, and Rebecca continues to act. Next year we’ll be able to catch her in The Swinging Lanterns Stories.

Miranda Kerr was off to an early start and began her career at the age of 13 when she won a magazine contest in Australia in 1997. After she moved to New York and landed a deal with Maybelline, this angel really took flight. She scored a role with Victoria’s Secret after Gisele Bunchen left in 2007. Miranda expanded her resume in 2009 when she designed her own line of skincare products called Kora Organics. She married Orlando Bloom in 2010, but the couple split in 2013 and Kerr infamously hooked up with Justin Bieber. This year she is fronting Riccardo Tisci’s Givenchy campaign.

Rosie has been posing all her life! She got her start with Levi’s back in 2003 when she was only 16-years-old. The British model began walking the Victoria’s Secret runways in 2006, but secured her fame when she landed a campaign with the luxury brand Burberry. She has transitioned into acting and became known for her roles in Transformers: Dark of the Moon, and Mad Max: Fury Road. Huntington-Whiteley confirmed that she is engaged to actor Jason Statham in January 2016.

This German born beauty is one of the world’s most famous super models ever, and she got her early start in the biz when she moved to Paris at the age of 17! She was quickly scooped up to be the face of Chanel and she joined her fellow heavy-weights on the Victoria’s Secret runway in 1997. Schiffer has graced the covers of more than 1000 magazine covers and currently holds the Guinness Book of World Record title for most covers. Forbes has estimated her net worth at over $55 million, but she has nonetheless pursued every avenue and has launched the clothing line Claudia Schiffer Cashmere. She is married to film director Matthew Vaughan and the couple have three children together. 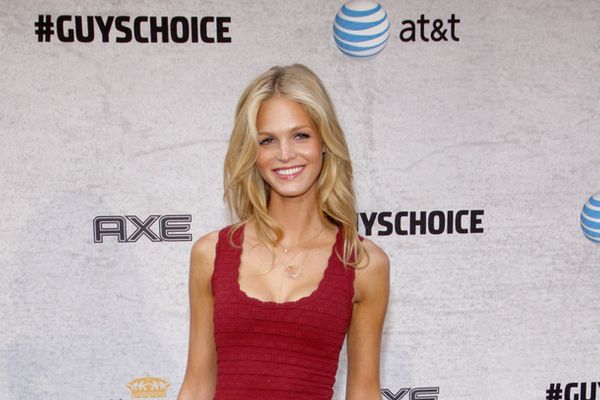