Maci Bookout first gained fame when she first appeared on MTV’s 16 & Pregnant back in 2009 and when she was later cast in the spin-off Teen Mom series. She has since become a full blown reality TV star, respected public speaker, and now a new author of two books! Bookout has been a fan favorite among viewers. She’s only 25-years-old, but she’s already established herself as a mother of three children, wife of Taylor McKinney and co-owner of the clothing line TTM Lifestyle. In honor of her successful career and the struggles she faced along the way, she recently wrote an advice book called “I Wasn’t Born Bulletproof: Lessons I Learned So You Don’t Have To” as a follow up to her 2015 memoir. We picked up a copy and compiled a list of the 10 biggest revelations from the book!

We only get to see a small picture of Maci’s life on Teen Mom OG, so in her new book readers will get to learn about a whole new side of Maci like the fact that she has a really close group of girlfriends, most of them she’s known since elementary school! The group is made up of seven girls and they called themselves SYD in high school. When she got pregnant at 16 she was scared to tell them, but they were all really supportive. They threw her a baby shower, supported her through her early graduation and came to visit her while she was in the hospital. As a senior in high school, her friend Keelie would stay the night with Maci when Bentley was a newborn and get up with him so she could catch up on sleep. Even now that they’ve all gone off to college and some have moved away, Maci said she’s still close with all of them!

9. Lesson She Learned From Being a Cheerleader

When Maci tried out for the school cheer team in grade 5 she was one of only two incoming sixth graders who made it. Being on the team taught her a very valuable lesson — never try to change who you are. In her book “I Wasn’t Born Bulletproof,” Maci admits she’s always been a little bit edgier than her friends. When she didn’t make the team again she was devastated, so her mom went out and bought her a pair of pink Converse shoes. These were shoes she’d been begging to get while on the team, but couldn’t because she wasn’t allowed to wear them. Afterwards she realized she’d been suppressing her true self to be on the team with the popular girls. When she made the team again in grade 8 she’d learned her lesson, so when her coach asked her to take off her black nail polish she refused. At the next game she was benched, but halfway through her coach gave in and let her play. She had stood her ground and won!

8. What Her Tattoos Mean

Maci said she’s very private about her tattoos. She doesn’t like to show them off although sometimes its inevitable. In the days leading up to her wedding she was very self conscious about exposing her tattoos for everyone to see. She considered covering them up, but Taylor insisted she didn’t because “they are part of who you are and what I love about you.” All of her tattoos have a significant meaning. In the book she goes through each one and shares the special meaning behind them all. She has “Bulletproof” on the back of her right shoulder, “Bentley Cadence” on her left hip, “Jayde Carter” on the back of her right hip, and will soon add “Maverick Reed” somewhere on her back. The phrase “Learn to Feel” starts under her left breast, goes across her ribs and then down her spine. She has a well used piece of notebook paper on her back, a pocket watch on her right shoulder, an anatomical heart on her left shoulder and a pencil on her right forearm.

7. She Once Had a Corporate Job and Loved It

When Maci found out she was pregnant at 16, she put finishing high school at the top of her priority list. She graduated through an accelerated program and started college the following January to get her Business Administration degree, but only lasted a year because she wasn’t interested in what she was learning and as a young mother it became more important to pay the bills than to go to class. She changed gears and began the Media Technology program. Maci graduated with an Associates degree and a concentration in Media Technologies and later worked as a Social and Digital Media Specialist in the marketing department of a corporation whose owner was the founder of multiple satellite businesses.

6. Her Experience with Mom Shaming

Maci dedicates an entire chapter to the topic of motherhood, mainly the concept of ‘mom shaming.’ She’s had all kinds of experiences of mom shaming since she’s been in the public eye, but when Taylor posted a photo on Instagram of Maci laying on the couch, holding her daughter Jayde, who was three months old at the time, drinking a beer, the reaction was particularly bad. “People accused me of being a horrible, negligent mother; of drinking too much; of putting my newborn in mortal danger. It’s one beer, folks. I am an adult, over the legal drinking age, and just because I’m a mom that doesn’t mean I can’t enjoy a beer on a Sunday evening with my husband,” she wrote. Maci reminds her readers that she’d never put her children in a situation she thought was dangerous — give her a little more credit!

5. She Once Mom Shamed her Friend

Even though the Teen Mom star is totally against mom shaming, she admits she’s been guilty of it as well. For the longest time she was the only one in her group of friends who had children, so when her friend Katie had a daughter, Maci took it upon herself to offer up advice even when it wasn’t being sought. “I immediately found myself trying to correct Katie if I felt she was doing something the ‘wrong’ way,” she wrote. “Probably after the fifth time over the course of a year that I had advised her to transition Ava to a crib, it finally dawned on me I wasn’t getting much of a response from Katie. She was politely listening, but clearly she wasn’t taking my advice. I took a step back and realized I was being kind of obnoxious.”

Most people Maci’s age love social media, especially reality TV stars who tend to use it to keep in touch with fans in between seasons. Although Maci does use it, she likes to unplug from it most of the day and with three kids, she doesn’t have much time to constantly post online or surf comments. One of her biggest pet peeves is people who use it for the wrong reasons and those who overshare, or as she puts it — air their dirty laundry. “When you use social media to air your dirty laundry or as a perch from which to tweet your TMI with abandon, it makes me want to clothesline you,” she said.

Viewers of Teen Mom don’t see much of Maci’s family on the show. Her mother has made the odd appearance, but her brother and father are rarely seen if at all. This isn’t an accurate depiction of her life because off-screen she’s super close to her family. She grew up in a very tight knit household and even today, she and Taylor live down the road from her parents. Maci’s parents were also teens when they had their first child, her older brother Matt, so they’ve been extremely supportive of her ever since she first found out she was pregnant at the age of 16. In the last chapter of the book Maci focuses on her family and even included a special section dedicated to her dad called “Gene’s Gems” with some hilarious quotes from him! She revealed in a lot of ways she’s more like her father and when she became a parent, their relationship got a lot stronger.

2. Her Relationship with Taylor

The relationship between Maci Bookout and her husband, Taylor McKinney, is so sweet! In her book she dishes out some advice on what to look for in a relationship and how to make it last. She believes people fall in love three times in their life. The first love doesn’t work out because people are too young and inexperienced, the second love is real, but you don’t really work together and can’t change someone to be who you want them to be and the third is the person “you never saw coming.” While this might not apply to everyone, this has been the structure of Maci’s love life. In the chapter “Like the One You’re With” she revealed her and Taylor’s favorite song: a duet by Kenny Chesney and Pink called “Setting the World on Fire.” The lyrics speak to their relationship and whenever it comes on the two of them crank it up and sing along.

Her father’s side of the family is deeply connected to their local church in Sweetwater, Tennessee, and still are today. Maci and Taylor will sometimes bring their three kids to church on Sundays with the hope of passing on some good values to them, but she doesn’t consider herself to be religious. Instead she calls herself ‘spiritual’: “While I am not particularly religious, I am a spiritual person. My spirituality comes from a connectedness to my family and the values they have instilled in me; faith in God, confidence in myself, and respect for the world around me…I believe that being “religious” means that you follow and identify with the teachings of a particular institution (such as Christianity, Islam, Judaism), whereas “spirituality” is a more individual path that focuses on the well-being and integration of mind, body, and spirit,” she wrote. 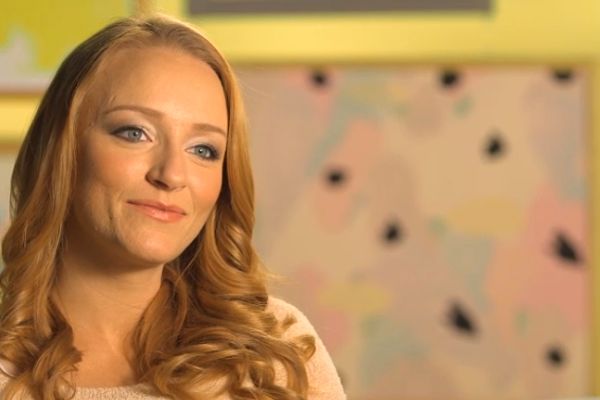