The women on Bravo’s Real Housewives franchise series might not all get along, but they do have one thing in common — they are all really, really rich. With the exception of a few women here and there, it seems one of the requirements to be on the show is to have a lot of money in the bank, and we mean a lot! Whether it is new money, old money or in a few cases no money, these women live lavish lifestyles making for some envious entertainment. However, the women on this specific list are the wealthiest of the bunch with more money than some of Hollywood’s A-list celebrities! Here are the richest real housewives and how much they are worth:

Estimated Net Worth: $25 million. Lizzie Rovsek was on The Real Housewives of Orange County for one season (season 9), and then appeared as a guest for season 10. Don’t be fooled by Lizzie’s pageant looks, she’s quite smart and made a successful career for herself (unlike some other housewives). Before being cast as a reality star, she was a model. Today she works as a fashion designer for her own business, Sun Kitten Swimwear by Lizzie. Okay, so we might be able to judge her pageant looks because Lizzie is a former Miss Kentucky! She also enjoyed a fleeting career as an actress when she starred in two films that were direct-to-DVD, The Crying Museum and Cut Off. Before getting married to real estate investor and founder of Angel Team Mortgage, Christian Rovsek, she was a junior designer at Tina Anderson Interior Design. Her husband might be the breadwinner of the family, but Lizzie does just fine raking in her own money from her signature swimwear line and paychecks from Bravo. Her estimated net worth is at an impressive $25 million.

Estimated Net Worth: $25 million. Bethenny Frankel is the ultimate self made millionaire. We watched her go from struggling to survive in the first couple seasons of The Real Housewives of New York, to raking in the millions with her Skinny Girl empire. It was quite the transformation — and was all documented right before our eyes. She’s done numerous stints on television, starting out as a chef who was asked to go on The Apprentice: Martha Stewart and made it to the final rounds. She then moved onto Real Housewives which lead to two Bravo’s spin offs, Bethenny Getting Married? and Bethenny Ever After. Her current ‘celebrity status’ makes her a coveted member of the Real Housewives cast, earning her approximately $40 thousand per episode! The majority of her income comes from her Skinny Girl cocktail company, but she also had a brief stint hosting a talk show called Bethenny, and has authored four self-help books. Her hard work has paid off because Bethenny Frankel now has an estimated net worth of $25 million.

Estimated Net Worth: $30 million. This Beverly Hills child star has a high net worth from a big family inheritance and being married to one of the most successful real estate agents in America, Maurico Umansky. As one of the leading stars on The Real Housewives of Beverly Hills, Kyle makes a whopping $270,000 per season! As a child, she had a successful career working as an actress in various films and on the series Little House on the Prairies. Kyle’s managed to keep her acting career somewhat relevant with guest appearances here and there, but regardless her net worth can mostly be credited to her husband. She’s also recently opened a retail store in Beverly Hills and wrote a memoir called, Life Is Not a Reality Show: Keeping It Real with the Housewife Who Does It All. All in all, this mother of four and reality star lives comfortably with an estimated net worth of $30 million.

Estimated Net Worth: $30 million. Heather Dubrow, also known as “fancy pants,” joined the cast of The Real Housewives of Orange County in season 7. She first started out as a successful actress, but she put her career on hold when she married her husband, Terry Dubrow to be a mother. A lot of her net worth can be credited to her husband who is a successful plastic surgeon in Orange County, and even has his own show with another former Real Housewives ex-husband, Paul Nassif. She recently returned to her acting roots with guest appearances on shows like Malibu Country, Hot in Cleveland, and Hawaii Five-O. In the end, her millions can mostly be credited to her husband, but she’s still worth an estimated $30 million.

Estimated Net Worth: $35 million. Unlike some of the other women on this list, Kandi Burruss has an impressive net worth all on her own! She’s a singer, song writer, record producers and, of course, television personality. She made a lot of money during her time as a former band member of Xscape, along with song writing and producing — she even won a Grammy! Kandi wrote hits like “No Scrubs,” “Bills, Bills, Bills,” “Bug a Boo” and “The Writings on the Wall” for Destiny’s Child. She also wrote songs for big name artists like Mariah Carey, Whitney Houston, Alicia Keys, and Usher. She’s released two solo albums that did fairly well and founded her own record company, Kandi Koated Entertainment. In addition to her success in the music industry, Kandi is a cast member of The Real Housewives of Atlanta and receives a huge bundle of $450,000 per season. She’s also made guest appearances on shows like Are We There Yet, VH1’s Single Ladies and got her own Bravo spin off series called The Kandi Factory. All of this hard work has earned Kandi Burruss an estimated net worth of $35 million.

Estimated Net Worth: $45 million. This beautiful Dutch-American reality star was at one point an extremely successful supermodel and interior designer, but today she is best known for her role on The Real Housewives of Beverly Hills for which she makes $100,000 per season. She paved her own career as a model for 15 years making her own small fortune, but eventually settled down to start a family. After her first divorce from Mohamed Hadid, with whom she shares three children, she started her own interior design business. She then married the hugely successful song writer and music producer, David Foster. Their marriage was short lived and it’s understood that she’s received a hefty bundle of money from each of her divorces. Yolanda is currently battling Lyme disease and lives a low key life while her two daughters, Bella and Gigi, have become superstars in the modeling industry. Today, she rests comfortably with an estimated net worth of $45 million.

Estimated Net Worth: $50 million. Adrienne Maloof is no longer on The Real Housewives of Beverly Hills, but she enjoyed an impressive three season run making $200,000 per season and still has guest appearances. Adrienne is a business woman and entrepreneur who inherited her fortune from her wealthy family. She started off in the Maloof family business working the marketing and promotions department of their liquor and wine businesses, but her role eventually grew to co-ownership of the Maloof Companies, which includes the Sacramento Kings, the Sacramento Monarchs, Maloof Productions, Maloof Music, Palms Casino Resort in Las Vegas, Nevada, as well as an annual skateboarding event called the Maloof Money Cup. In 2011, she released a shoe collection in collaboration with Charles Jordan. The majority of her net worth is from her entrepreneurial skills and family inheritance, awarding her with an estimated net worth of $50 million.

Estimated Net Worth: $50 million. Camille is among the highest net worth on this list, but for the most part it is because of her marriage to A-list actor, Kelsey Grammer. She starred on The Real Housewives of Beverly Hills for two seasons and continues to have guest appearances. Her career began as a dancer and model — she danced with a group on the 1980’s Club MTV and appeared in a few music videos. She also modeled for Playboy and appeared in a few R-rated erotic films. She then met Kelsey Grammer and the two were married for almost 15 years and share two children together. Their divorce in 2011 came after Camille finished filming her first season of the Real Housewives. Throughout her marriage to Kelsey, she worked as co-owner of Grammnet Productions as a writer, creator and executive producer, but when her divorce was finalized it was reported that she received a huge settlement of $50 million, most likely due to Kelsey’s open infidelity, which now makes up her entire net worth.

Estimated Net Worth: $50 million. Carole Radziwill is a housewife who’s net worth is entirely of her own making! She’s a successful journalist, award winning author and now a reality television star. Before starring on The Real Housewives of New York, Carole worked as a production secretary for the show Close-Up and then as a successful journalist on ABC News. At one point she was even overseas reporting on the Gulf War and in 2003 as combat correspondence in Afghanistan. She’s definitely not the typical real housewife! She married her ABC coworker, Prince Anthony Radziwill, who is of a Polish Royal family, but their marriage was short lived when he died from cancer. She calls this experience a “blessing in disguse” because she then left her journalism career to write a memoir (it ended up on the New York Times Best Seller List) and a monthly column for Glamour magazine. She has since moved onto writing novels which has garnered her even more success. Carole sold her first novel to a publishing company which is now in production to become a TV series. All of her self made success has earned Carole Radziwill an impressive $50 million!

Estimated Net Worth: $65 million. It’s no surprise that Lisa Vanderpump landed the coveted number one spot on this list with her estimated net worth of $65 million. As one of the most popular cast members of The Real Housewives of Beverly Hills, Lisa makes approximately $500,000 per season. The majority of her net worth comes from her entrepreneurial skills alongside her husband Ken Todd. The two are co-owners of 26 restaurants, bars and clubs in Los Angeles and London. Villa Blanca is her most popular restaurant and a Beverly Hills celebrity hot spot. However, Lisa started out as an actress appearing in a few films and music videos. Today, she’s moved onto reality television with her own spin-off series called Vanderpump Rules which focuses on her Hollywood restaurant, SUR. The show has been quite successful with a fourth season on the go. She’s also a writer for Beverly Hills Lifestyle Magazine, has her own skin care line and collection of homeware called The Vanderpump Beverly Hills Collection by Pop Culture Promotions. Lisa Vanderpump is one busy lady! Her business ventures have earned her a huge fortune of $65 million, making her the richest real housewife! 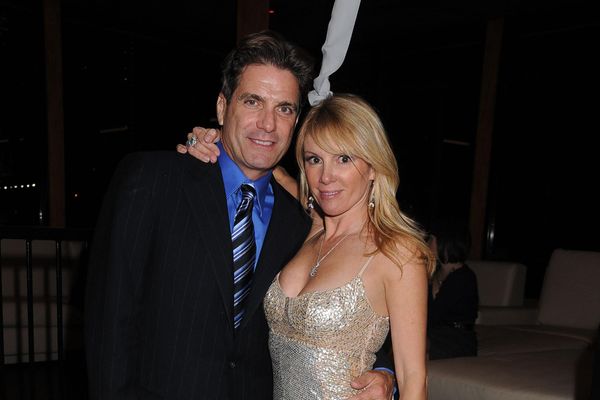