There is nothing the residents of Genoa City adore more than embarking on adventures of love! Couples within the land of the Young and the Restless (Y&R) fall in and out of love almost daily, and many couples break up only to make up months (or years) down the line. There have been some pretty successful couples that have shared incredible marriages over the years, including Nikki and Victor, Dru and Neil, and of course, Lauren and Michael. Sadly, many couples have ended up as epic fails with some marriages that last as long as a Y&R episode in its entirety! Here’s a look at some of the shortest Y&R unions in history.

Chloe’s always been a few fries short of a happy meal, but when she entered the Y&R scene, not only was she a little unstable, she was also bent on scoring herself a Chancellor. She had held insecurity around being Ester’s daughter (the Chancellor maid) and wanted to make a real name for herself. As such, she was obsessed with Billy for a long while. When it turned out that Delia was Billy’s child (everyone thought she was Cane’s at first), Billy and Chloe got hitched, despite not being in love. The two were barely married for seven months in 2009. 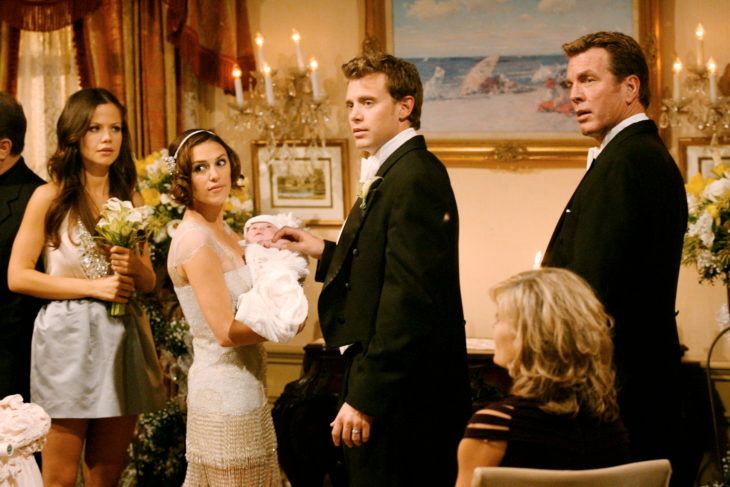 Two manipulative schemers who only cared about money and their interests! Sounds like a match made in heaven, right? Skye and Adam had a long past together and while the two did care for each other, they didn’t have that “crazy in love” relationship that made them want to be better people. What they did have was great chemistry in the bedroom, a unique bond when it came to schemes, and a shared common interest in wanting to be rich. Therefore, it made sense that they got married in the summer of 2010; however, sadly, the union dissolved six months later due to Lockhart’s death. 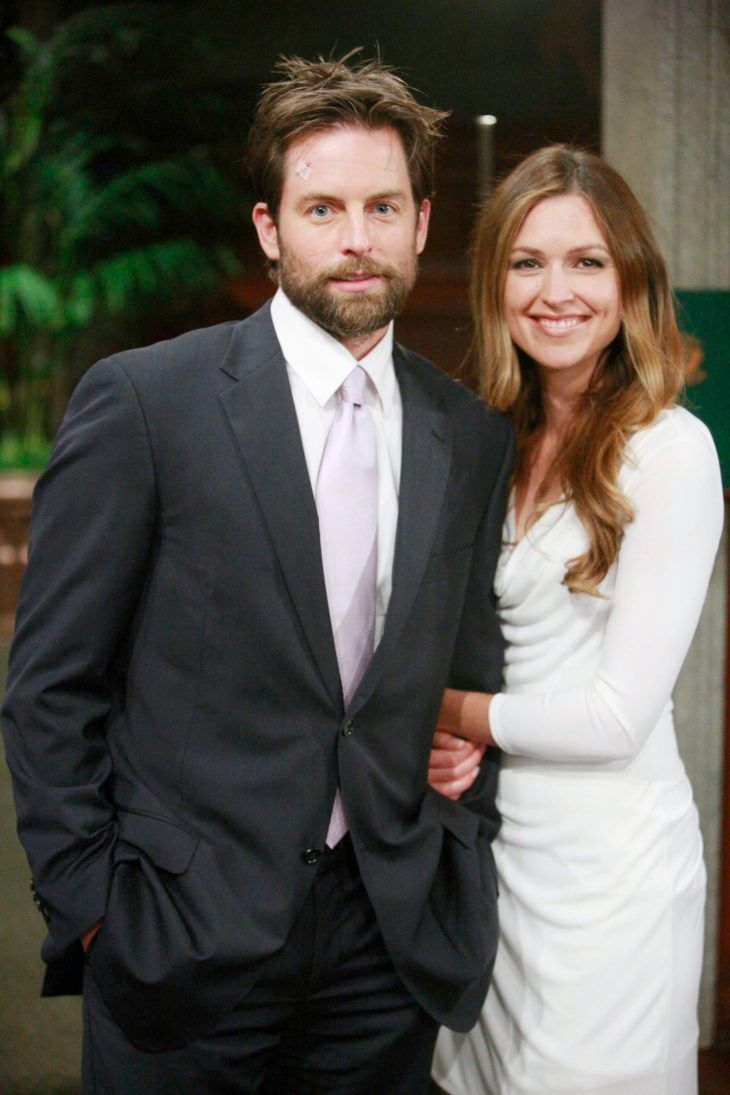 These two are undoubtedly one of the best super couples that Y&R has ever produced. They had incredible chemistry and are a match in intelligence and corporate savvy. If there had been no Nikki Reed, then Ashley may have had a stronger connection with Victor, and in many ways, Ashley’s bond rivals the one he has with Nikki, even to this very day. Alas, the two have been married twice over the years, though their second marriage in 2009 didn’t last too long. The two endured a whopping five months before Ashley broke things off when it was clear that Victor’s heart belonged to Nikki. 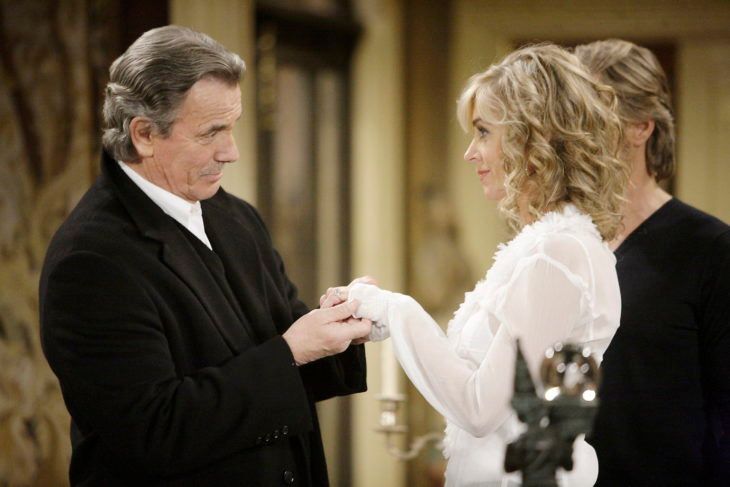 When Dylan first arrived in Genoa City back in early 2013, he was keen to rekindle his relationship with past love, Avery Clark. Avery was with Nick at the time, so Dylan had a little fling that turned into something more with Chelsea Lawson. The two instantly connected and had a whirlwind love affair. When Lawson found out she was expecting, she and Dylan got hitched in the summer of that year and they were well on their way to becoming a happy family. Except, Chelsea failed to reveal that the baby she was carrying was Adam Newman’s. In fact, she outright lied about it. Only five months into their marriage and the two divorced in December 2013. 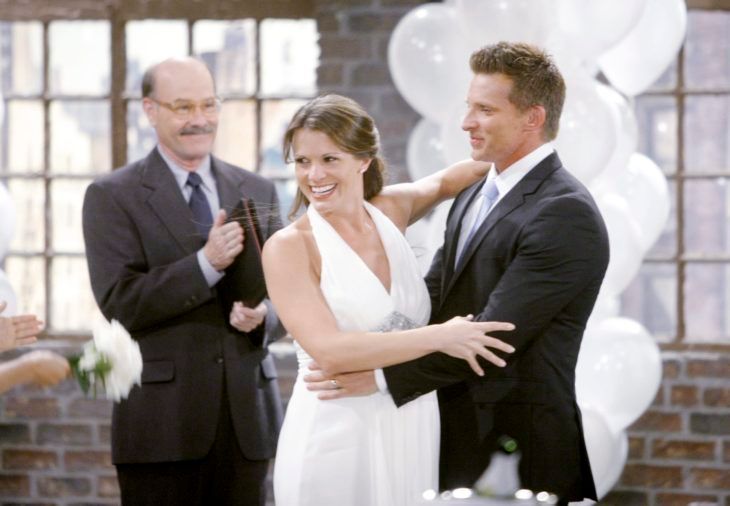 Affectionately referred to as Kola by the Internet, this super couple seemed well on its way towards a “happily ever after.” Sadly, after Kyle and Lola said, “I do” in August 2019, it only took about six months to realize they he didn’t want to after all, and the two split up in February 2020. 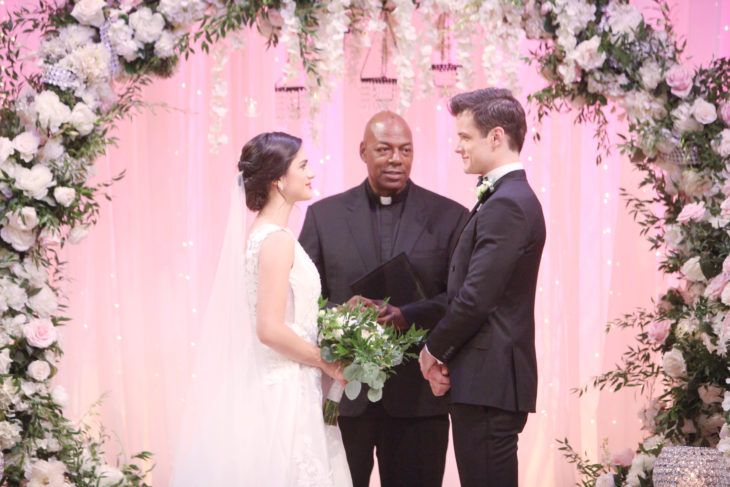 Who did Kyle leave Lola for? Well, his ex-wife, the same woman he originally left to pursue Lola? Confused yet? Kyle probably holds the record for the shortest two consecutive marriages in the shortest amount of time. He was married to Summer from March t0 June in 2019, then married Lola in August that year, only to spit up months later to head back Summer. 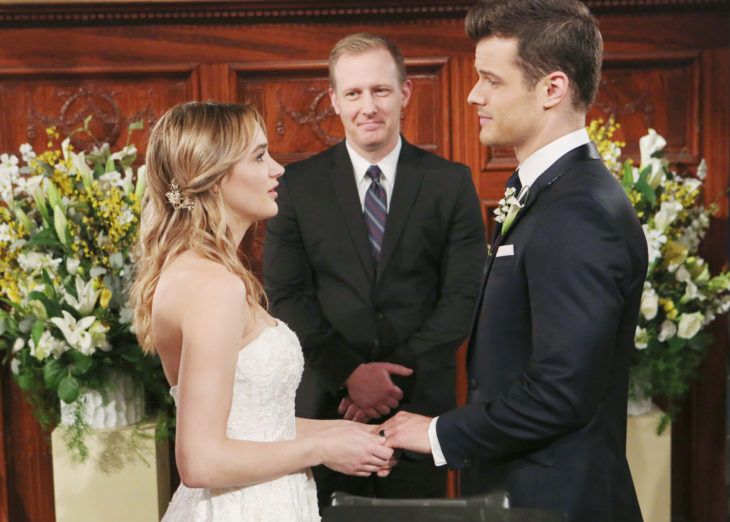 Traci and Danny had dated at one point in time, but when they got married in 1985, it was purely because of friendship. Traci had fallen in love with scum bag Tim Sullivan and found out she was expecting his child. Danny stepped up to the plate and agreed to marry Traci so the baby would have a dad … but Romalotti’s girlfriend Patty Williams wasn’t too pleased with it. After confronting Traci about her feelings for Danny, Williams accidentally caused Abbott to trip and fall, resulting in a miscarriage. Traci and Danny would annul their marriage shortly after, and Danny would blame Patty for the entire incident.

Remember when Nikki had a fling with slimeball David Chow? The charming and handsome Chow certainly knew how to woo the ladies, as he had been known to marry rich women who mysteriously would end up passing away. While Nikki was tricked by Chow’s manipulation, their 2008 marriage only lasted about three months. One would think it was because Nikki kicked him to the curb, but the marriage ended due to a car accident, which resulted in Chow’s passing away. 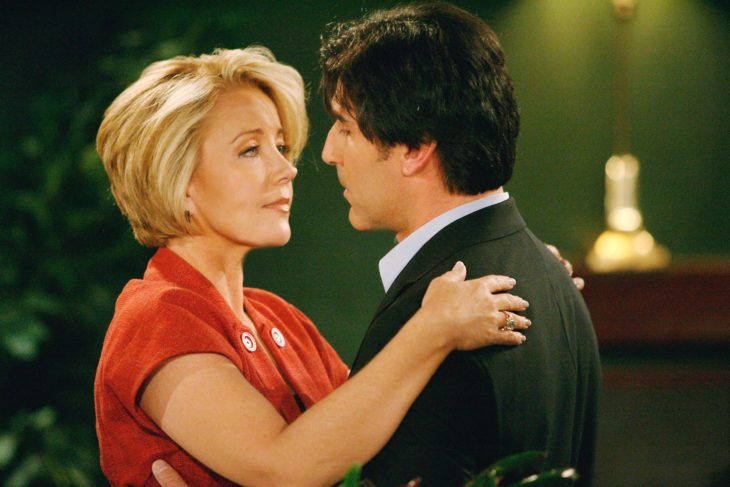 Clearly, Nikki has been involved in many quickie marriages; after all, she has been married eight times! Between relationships with Victor, Nikki formed an incredible bond with his rival, Jack Abbott. While Nikki and Jack shared a longer marriage in the early ‘90s, in 2012 they had a union that only lasted three months. They got married in August and by October called it quits. This primarily had to do with the fact that Nikki was still smitten with Victor, but isn’t that always the reason she leaves Jack in the end. 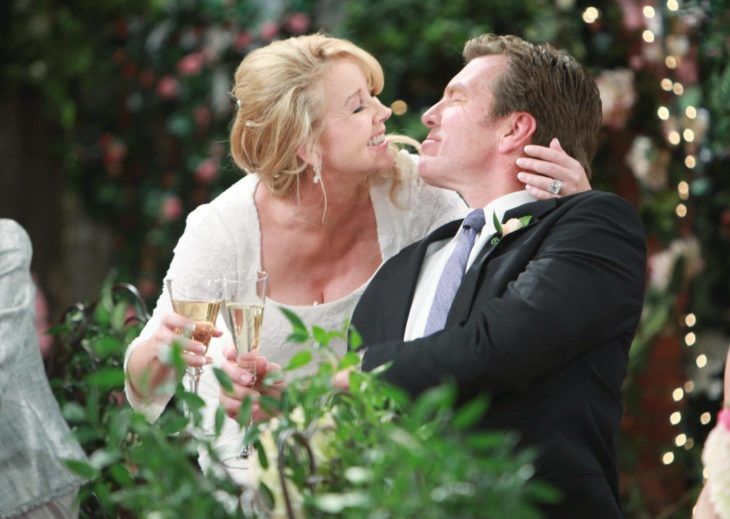 Speaking of Victor, he’s also had his fair share of marriages over the years, which have occupied him while spending time away from the love of his life, Nikki. One special one to note was a love affair he shared with a younger woman named Sabrina, who also happened to be the BFF of his daughter Vicky. The two fell in love in 2008, and by August of that year, they were wed. Sabrina passed away in a car accident, which meant they only enjoyed just over a month as newlyweds. 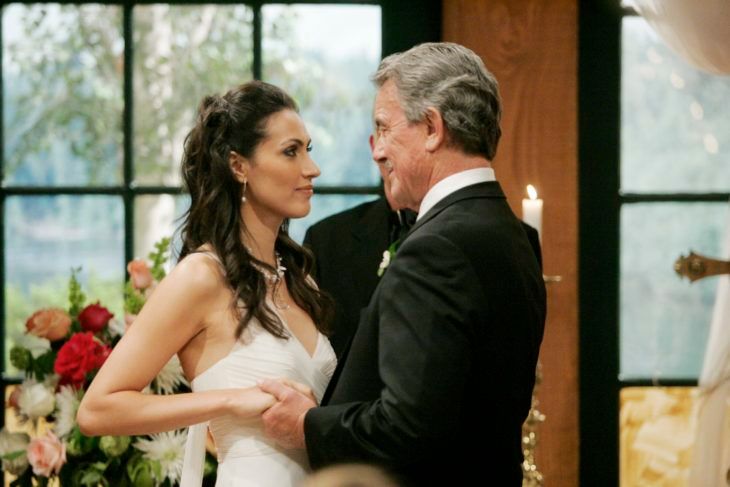 They once shared a father-daughter relationship as Sharon spent many years as Victor’s daughter-in-law (she was married to both of his sons, Nick and Adam). However, in 2012, things took a turn for the awkward when Sharon and Victor decided to get hitched. In an odd turn of events, the two got married twice that year. While the second time didn’t last too long, it still lasted longer than their first marriage in January of 2012, which was annulled some days/weeks after the ceremony took place. 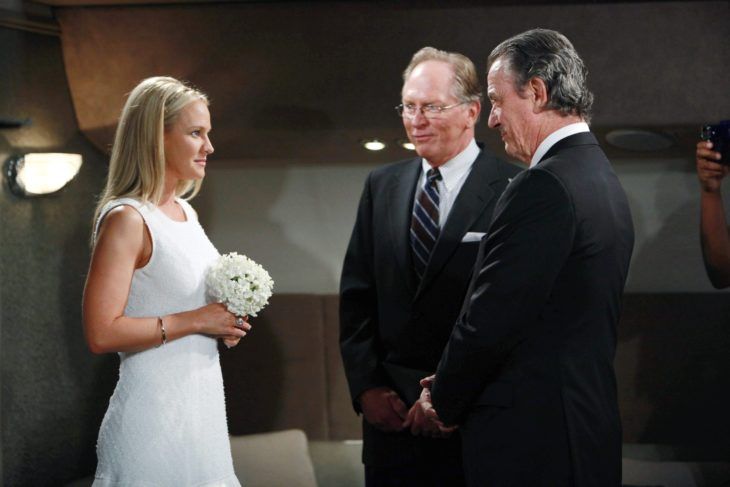 Shortest Y&R marriage ever! Mac and Billy and been an on-again-off-again couple since they were in their early teens. In the summer of 2003, these lovebirds decided to take their relationship to the next level by getting hitched! With Raul (Billy’s best man) and Colleen (Mac’s maid of honor) by their side, the two said, “I do.” Sadly, it was revealed later that night that Katherine Chancellor was Jill’s mom (who is Billy’s mom) making the two cousins. Awkward to say the least. The marriage was annulled right away, and shortly after, the two left Genoa City (not together, of course). The only good news around all this is that years later it would come out that Kay was not Jill’s mom, saving both Mac and Billy a fortune in therapy bills. 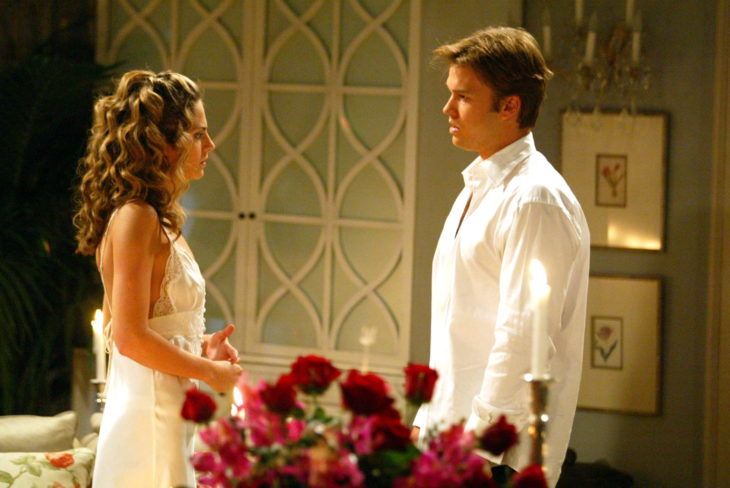 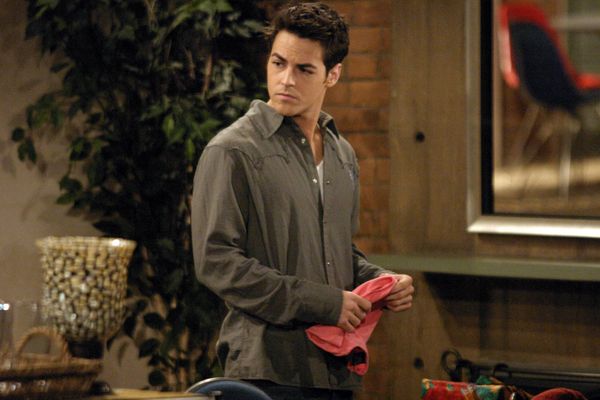