No one is ever really dead in the land of daytime drama and villains seem to have nine lives when to comes to soap opera returns. Whether they have died from illness, a shooting, strangulation, or an accident — villains can always pop up at any time to help thicken a plot or create a swerve for our soap opera heroes. Sheila Carter recently returned from the dead on the Bold and Beautiful this year, but daytime drama audiences still can’t help but wonder which villain will come back next year? Below are 10 soap opera villains who could come back from the dead in 2018.

Orpheus was a huge villain on Days of Our Lives (DOOL) in the late 1980s and made a big return in 2016 along with fellow convicts Xander Cook and Clyde Weston. The trio caused chaos in Salem when they escaped prison and sought revenge on DOOL’s top heroes and heroines. The storyline was captivating and as we all know, Days loves to dig into their history vault when it comes to plot twists. Without any bonafide villains tormenting the town’s residents as of late, a returning Orpheus would make things very interesting. Plus, he’s not only known by older fans of the show but a new generation of viewers as well, thanks to his recent stint. Orpheus was shot and declared dead by paramedics in 2016, but we all know DOOL writers can be very creative when it comes to resurrecting characters.

The Cassadine family is deeply rooted within General Hospital’s (GH) history and is known for their age-old vendetta against The Spencer family. They are also infamous for coming back to life, time and time again. Stavros Cassadine is the son of Helena, who also has a huge obsession with Laura and Lulu Spencer. The last time GH viewers saw Starvos was dead on the floor in 2014, but with the recent controversy around Charlotte’s paternity, Valentin Cassadine, and Lulu’s stolen embryos, a returning Stavros could cause some chaos between a now-settled blended family. What if it turned out that Stavros was Charlotte’s dad after all? This could create an interesting plot twist.

Gabi Hernandez had a crazy year and was involved in one of the biggest love triangles in DOOL’s recent history. With not much going on in her life in terms of storylines, a returning Nick Fallon could change all that. She’s just crazy enough to fall in love with the lunatic one more time and as she was the reason for his demise, Nick coming back from the dead would offer some interesting television. Gabi shot Nick and he was confirmed dead on the show, but if DOOL can bring Will Horton back then anything is possible.

The thing about The Young and the Restless (Y&R) is it lacks the over-the-top villains that other soap operas have. The Y&R tends to keep their bad guys realistic, where their evil comes in forms of corporate takeovers, scheming, and overall control. Fans rarely do see larger-than-life or eccentric villains come back from the dead, except for Sheila Carter. While this concept works at times for the show, it is nice to see a little crazy unfold now and again. Tom Fisher was an insane and dastardly mean guy, who did some terrible things. He was shot and killed in 2009, but with Kevin, Michael, and Gloria still a big part of Genoa City, a Terrible Tom return would throw everyone’s world upside down.

DOOL’s main focus for storylines and romance are around the characters that made the show so popular during the ‘80s and ‘90s. Hope, Steve, Kayla, Marlena, and John are all staples within the soap opera as the show consistently centers around plots that keep longtime viewers tuning in. One major player and villain of that time was Lawrence Alamain. A corporate tycoon, who was linked to Carly Manning, another popular character back in the day. Lawrence was killed by Carly, so a return from the dead would be an interesting plot line in 2018 that would not only pull him back to Salem but potentially her as well.

As the brother of Mikkos, Victor Cassadine was first presumed dead in 1981 until he returned to Port Charles in 2014. Those Cassadines never truly die! When he did return, he was part of an interesting storyline that involved bringing Helena (his sister-in-law) and Stavros (his nephew) back to life, as well as Jason Morgan (now Drew). At that time, the trio was frozen and only Robyn could figure out how to save them. Now that the real Jason Morgan has returned, and everyone is trying to get to the bottom of the entire twin plot twist, Victor returning from the dead doesn’t seem like a far-fetched idea. He was part of the first Jason return, he could be part of the second one too.

Many fans were devastated when Joey Johnson was sent to prison for the murder of Ava Vitali last year. The good news is that most prison sentences don’t last too long in the land of soap operas, especially if the person who was murdered comes back to life. Since Tripp and Steve are trying to bond and build a father-son relationship, Ava returning from the dead could place a huge wedge in these plans.

Deimos Kiriakis strolled into Salem in 2016 and during his short stint on the show he’s created a huge impact. He became one of the most-hated villains on DOOL and even died once, only to come back to life. While he ended up leaving Salem in a coffin in 2017, he is still talked about constantly. Since Eve Donovan is back in town, claiming to be his widow and looking to gain a Kiriakis fortune after his death could be thrown out the window if Deimos is actually alive. It would also make an incredible story to watch unfold.

Helena Cassadine has returned from the dead so many times that GH fans have lost count. Despite being gone since late 2016, she is still mentioned a lot on the show. Helena played a huge role in this year’s Chimera storyline and continues to torture Port Chuckles residents from the grave. With the real Jason Morgan recently revealed and Helena’s hands in brainwashing his son Jake and twin Drew, it would be shocking if Helena didn’t return from the dead in 2018.

E.J. DiMera returning from the dead in 2018 is a no-brainer. Most DOOL fans had a hint of a potential return when his body was taken from the morgue after his death and just this past November Kristen DiMera relayed that he was alive, and she was hiding him from family and friends. With Sami and Will back in Salem it is only a matter of time before E.J. returns as well. 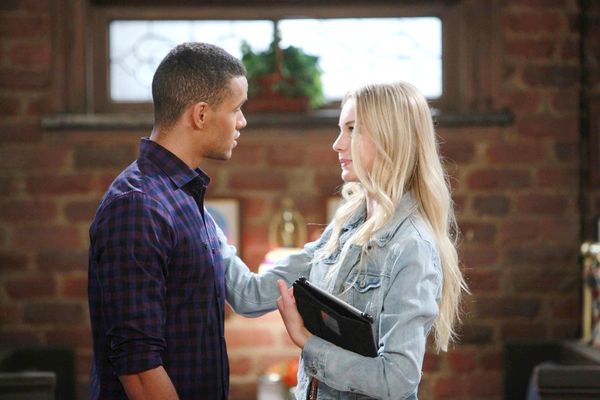