Beth Behrs has become known and loved thanks to her starring role as Caroline Channing in 2 Broke Girls. Now that the series has come to an end, fans are hoping for big things from the talented actress, and will be able to get to know her away from her Caroline character. It may come as a surprise for fans to learn that in many ways Behrs is nothing like Caroline, but she has led a fascinating life so far before and after making her way into the entertainment industry. Get to know the gorgeous and talented actress better with these 10 things you didn’t know about Beth Behrs:

There is no doubt that Behrs is gorgeous, but before getting into acting she was actually a beauty pageant winner. In 2006, she competed and won in a beauty pageant naming her Miss Marin County. “I won and went on to Miss California and we did a lot of interview training and I got scholarship money that helped me pay for college,” she said of the experience. Although she did not go on to win Miss California, she said it was probably for the best because it wasn’t her dream. “I don’t think I’d do it again. A lot of those girls dream of being Miss America. That was never my dream but I learnt a lot.”

With her starring role in 2 Broke Girls it became evident to millions of fans that Behrs is a talented and funny actress, but she has so much more than acting in her arsenal. Before getting fully into acting, she studied at the American Conservatory Theater where she became classically trained as a singer and dreamed of performing in musicals. As well as being an actress and a trained singer, Behrs is also an author and co-creates the young-adult webcomic called Dents. Then in 2017 she also released her book “The Total Me-Tox: How to Ditch Your Diet, Move Your Body & Love Your Life” which chronicles her own journey with finding health and happiness.

Elizabeth Ann Behrs was born on December 26, 1985 in Lancaster, Pennsylvania, to David and Maureen Behrs. When Beth was four years old her family moved to Lynchburg, Virginia, where she attended school and at 15 her family moved again to Marin County, California. After spending much of her childhood playing soccer, she gave up the sport to focus on her studies and acting and was accepted into Tamalpais High School’s renowned drama program. After high school she studied drama and performance at the American Conservatory Theater in San Francisco and then studied acting at the UCLA School of Theater, Film and Television.

Every actor and actress has to start somewhere and, after a lot of training, Behrs finally got her on-screen break and first movie role with 2009’s straight to video film American Pie Presents: The Book of Love. The next year she appeared in one episode of NCIS: Los Angeles and also had a single episode role in Castle. She then appeared in several independent films and even landed a voice part in the 2013 hit film Monsters University.

It may be hard to imagine anyone other than Beth Behrs in the role of Caroline Channing, but it wasn’t particularly easy for the actress to land the role. Behrs revealed that she actually had to go through seven auditions before finally claiming the part. “I tested with Kat Dennings on a Sunday morning and then they didn’t tell us in the room that I had gotten the part, we had to wait a couple of hours and then the casting director called me to officially give me the news. And I was driving. I had to pull over and started crying and then I called my parents first. So it was great, so wonderful to finally just hear because it had been such a long process!,” she said of the final audition day.

While Behrs obviously mastered the role of a young woman who goes from living the luxurious life of the rich to a much less glamorous lifestyle after her family loses their fortune, she couldn’t ever relate to the being rich part, but working just to make ends meet she understood. “Literally up until we shot the pilot I was working as a nanny five days a week and then as a bartender and concierge at The Geffen Playhouse on the weekends. So, I can definitely relate to being broke, right out of college and working tons of odd jobs to just pay the rent.” She added, “I didn’t come from money like Caroline. My parents both work in education […] I actually just watch the 60 Minutes on the Madoffs. Caroline’s story is not based off of Bernie Madoff in any sense, but once I saw that, it was fascinating to imagine Caroline’s relationship with her father and how people in New York would treat her.”

Despite portraying the ever confident Caroline Channing, Behrs has personally struggled with panic attacks and anxiety since she was a teenager, leading her to turn to four-legged friends for help. In 2015 Behrs began using equine therapy after she realized that being around horses made her more calm and her panic attacks lessened. “They’re so grounding. You have to be your authentic self around them which is so empowering. You realize, I don’t have to fake it. If you’re scared – say I’m scared, they’ll come right to you. If you try to put up a wall or fake it, they won’t,” she said of being around horses. Behrs then went on to co-found SheHerdPower which is an equine therapy program to help sexual assault survivors.

Despite her time as one of TV’s most popular actresses thanks to 2 Broke Girls, Behrs has been able to get her personal life out of the spotlight. In 2010, she began dating actor Michael Gladis who has appeared in shows such as Mad Men and Feed the Beast as well as movies such as Terminator: Genisys. In July 2016 the pair became engaged, but the actress has been tight-lipped on when the two plan to wed.

After deciding early on in her life that she wanted to be an actress, it is safe to say that the dream has worked out for Beth Behrs. After officially beginning her on-screen career in 2009 with a role in American Pie Presents: The Book of Love, she has gone on to rack up 16 acting credits to her name which includes films, short films, music videos and of course her starring role in 2 Broke Girls which has amassed an estimated net worth of $6 million for Behrs.

It is clear that Behrs has a soft spot for horses and she has taken other interests in the country world as well. As it turns out, the actress actually has a cowboy boot collection which all started when she starred in a music video for Lady Antebellum in 2013. In an interview she explained, “I got my first pair of cowboy boots from Lady Antebellum. I did their music video and I was like, ‘I don’t have a pair of cowboy boots!’ so Hillary and the boys got me my first pair of boots, which I’m obsessed with. They were my first foray into cowboy boots. It did start me down a rabbit hole of cowboy boots though. They were just so comfortable! I also got some fancy ones. And I went to a vintage store and got some white funky ones. I have all sorts of funky ones.” 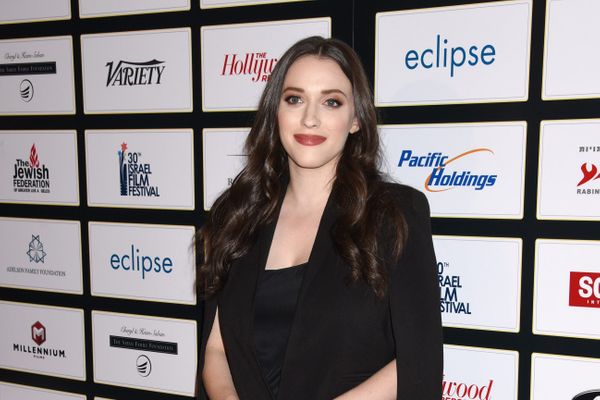