Hollywood is a small tight knit community. Many celebrities have known each other for a long, long time — some of their relationships even predate their fame! Comedic actresses Tina Fey and Amy Poehler are the perfect example of this. These two have been friends for over 20 years and have one of the most beloved friendships in all of Hollywood. We love watching them work together, whether it’s doing hilarious sketches on Saturday Night Live, co-hosting the Golden Globes or acting side by side in films like Mean Girls and Sisters! In celebration of their awesome relationship, here are 10 things you didn’t know about Amy Poehler and Tina Fey’s friendship!

Tina Fey and Amy Poehler first met back in 1993 at Chicago’s ImprovOlympic. The theater’s co-founder Charna Halpern introduced them. According to Poehler, Halpern told her there was another improviser in one of her classes who she thought she might like, and that person turned out to be Tina Fey! “Charna took a liking to me, and me to her. She told me I was just as good as the big boys. She believed in me. She said there was another new improviser in another one of her classes whom she thought I would really like. Her name was Tina and she was like me but with brown hair,” said Poehler in her memoir, Yes Please.

In an interview with Marie Claire, Poehler said Fey gifted her with her first real beauty lesson — how to shape your eyebrows. “I was 22 or 23, and I had only recently learned that you can pluck your eyebrows or have a lady put hot wax on them and remove portions of them and shape them. So this was a big thing that happened to me, and I passed that information on to you,” said Fey.

Running with the theme of their 2015 movie Sisters, Fey and Poehler call themselves the “chosen sisters.” Neither of them had a sister growing up, but their friendship has gotten so close it’s like being sisters. In an interview with Pop Sugar, Poehler said: “I think that Tina and I are chosen sisters. I think we are chosen family, so I think it’s been fun to experience that thing I never got to experience in real life.” In a separate interview Poehler referred to themselves as sisters again when she said, “We’re kind of like sisters and our parents are show business. We call each other to complain about how mom and dad have treated us at Thanksgiving.”

7. They Made History Together

A pretty awesome friendship feat for these two is that they made history together! Fey and Poehler became the first female pair to co-anchor “Weekend Update” on Saturday Night Live. Together they created some of the most memorable and funniest moments in SNL history. They broke ground once again when they shared a nomination and win for best guest actress in a comedy series at the Emmys in 2016 for their SNL hosting gig. Co-hosting SNL is a rare gig, it’s only ever been done twice before in the 2000s by Jessica Simpson and Nick Lachey and Mary-Kate and Ashley Olsen.

6. The Secret To Their Friendship

It can be tough maintaining a friendship in Hollywood, especially when you’re technically competitors, but their friendship dates so far back, they’ve been there for each other through all the milestones of each other’s career, and even shared some together! “It’s like a good marriage. My mom always says it’s very important to have people in your life who knew you when. The older you get, the more you treasure that idea of someone knowing your family and where you came from, and being around during these times and these times. Tina and I, we don’t have sisters. So we’ve rented them,” she said in an interview with Glamour.

5. There Won’t Be a Series Together

Both Amy Poehler and Tina Fey have spearheaded television shows. Fey created the popular series 30 Rock and Unbreakable Kimmy Schmidt, while Poehler starred in Parks and Recreation for seven seasons. While they’ve done a few films together, and even made appearances on each others shows, they’ve never worked together on a television series together. “People sometimes used to say, ‘Why don’t you guys do a series together?’ or whatever. And the funny thing is that I think we both know this to be true, it’s because we’re actually both alphas. So it works in short spurts, but I don’t know if it would make a real dynasty,” she said.

In an interview with the New York Times, Poehler said she and Fey work well together because they have a similar work ethic, among other things. “We both have a very similar work ethic. We like to do a lot of hard work. We’re not big complainers,” and they have a great shorthand with each other like many close friends! “Tina and I are very good at very quickly mumbling to each other something, usually about someone else in the room,” she said.

In her memoir Yes Please, Poehler talked about the beginning of her friendship with Fey. “She was sharp, wry, and hilarious. We took classes together and sat in the back. When we did scenes together, they weren’t particularly funny or interesting. There was absolutely nothing pointing to the fact that anyone on our team would be successful in any kind of comedy career,” said Poehler. According to the executive vice-president of Second City, Kelly Leonard, “They were inseparable waling around, and kept trying to get put in casts together.”

All jokes aside, Fey and Poehler can really count on each other when needed, even early on in their friendship. When Fey first got offered her job on SNL she was forced to make the hard decision of whether or not to uproot her life and move to New York City. Luckily,  Poehler was there to give her advice. “She told me her salary for writing, [and] it was the most money any of us had ever made,” she said. Fey was scared, but Poehler convinced her it would be the right move. From then on Fey continuously tried to get Poehler to make the move to SNL and was eventually successful in 2001.

Not surprisingly, whenever these two work together it involves a lot of laughs. While working on the set of Baby Mama together, Poehler told Marie Claire they pulled a lot of pranks on each other. “We did have a lot of fun on Baby Mama. Boy, did we play a lot of pranks on each other,” said Poehler. “We love pranks. I mean, we’re kind of like Cloons and Damon that way, doing a lot of, like, $250,000 pranks. I did a really funny prank where I got my assistant to paint all the cars in your neighborhood white so you would wake up and think it was snowing. That was a good one,” said Fey. In return, Poehler said she had Fey’s trailer filled with rats on Christmas Eve! 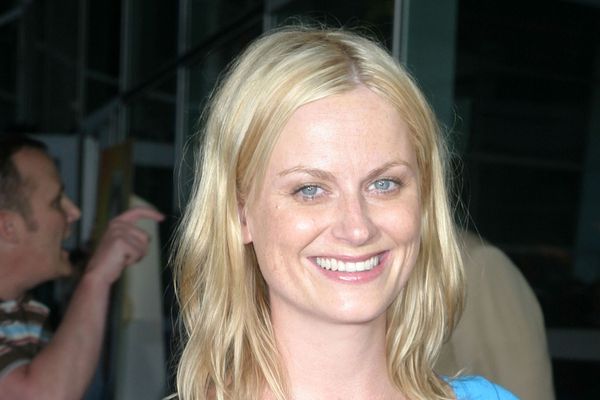