Like their first movie together, Ben Affleck and Jennifer Lopez’s relationship was a flop. The superstar duo had a high-profile relationship that filled the tabloids throughout their 18-month union. From its ups to its downs, here’s 10 things you may have not known about Jennifer and Ben’s relationship.

Jennifer and Ben met for the first time in 2002 on the set of the movie Gigli. At the time, Lopez was struggling in her second marriage to backup dancer Cris Judd, who she married in 2001. She was also married to model Ojani Noa from 1997 to 1998. Ben’s last serious relationship was with actress Gwyneth Paltrow, who he dated from 1997 to 2000.

As things heated up on the set of Gigli, Ben decided to gift Jennifer with a diamond bracelet. The only problem was that Jennifer was still legally married to her second husband, Cris Judd. Affleck made his intentions known with the present, and the actress and pop star filed for a divorce from Judd less than a month later.

In the days before social media followed every detail about a celebrity couple, Jennifer and Ben’s romance was followed closely by the tabloids. The superstar couple was also one of the first to get an annoying celebrity portmanteau: “Bennifer.” Both stars hated being called by the name. Unfortunately for Ben, his subsequent relationship with Jennifer Garner resurrected the nickname but with a slight upgrade; the couple were referred to as “Bennifer 2.0.”

All the attention in the tabloids made the couple’s relationship difficult, as they felt the stress of the spotlight. In a 2016 People interview, Lopez stated, “We didn’t try to have a public relationship. We just happened to be together at the birth of the tabloids, and it was like, ‘Oh my God.’ It was just a lot of pressure.” Affleck said the media’s obsession with their relationship ultimately created false presumptions about him. He told GQ in 2012, “The most pernicious illusion, myth, was that this is something that this guy wants, he’s wanting this much coverage.'” He continued, “That’s the most unappealing thing that you can say about somebody. And I knew how disastrous it was. It was the last thing I wanted, and I could tell it was damaging me, and I tried to get away from it, but there was still this idea: This is what this guy wants, he’s a shallow guy, a camera wh-re or whatever. And there was no convincing people that that wasn’t the case.”

Despite all the media pressure, Ben and Jennifer got engaged in November 2002. In an interview with Primetime’s Diane Sawyer, Jennifer said she was surprised by Ben’s engagement proposal. The singer joined Ben on a vacation to his family home in Boston, and didn’t suspect a thing. When she arrived at the house, Jennifer found the entire place decorated in rose petals. “So many candles, and vases, bouquets. And my song ‘Glad’ was playing … I walk in and I was just like overwhelmed. I wasn’t expecting it, and I was just like ‘Oh my God.'” Ben’s mother helped him prepare the special evening. He presented her with a 6.1 carat pink diamond by Harry Winston, said to have been worth $1.2 million. Jennifer was so taken by the ring that she almost forgot to answer the all-important question “Will you marry me?”

While there was a lot of media hype about the couple’s engagement, there was also attention to their relationship problems. In July 2003, Affleck was seen attending a strip club in Vancouver, Canada, when he worked on his movie Paycheck. Although there were claims that Lopez was aware that her beau was going to the club, it didn’t stop speculation that the couple’s relationship was starting to wane.

Adding to concerns about their relationship was the news that the couple’s nuptials had been postponed. Jennifer and Ben planned to get married on September 14, 2003, but 4 days before the date, they announced that the wedding was postponed due to “excessive media attention.” They did not confirm a second wedding date.

After months of rumors that the couple were in trouble, Ben and Jennifer confirmed their split in January 2004. Ben appeared to move on quickly, as he quickly started dating his Daredevil co-star Jennifer Garner. Lopez reunited with her old flame Marc Anthony and married him that June. But looking back, Lopez said her split with Ben was her “first big heartbreak.” In her memoir True Love, Lopez wrote that “It felt like my heart had been torn out of my chest.”

In recent years, Ben viewed his relationship with Jennifer as a low point in his life. “If you went by what people said… I wasn’t cool and I wasn’t talented,” Ben recalled in a June 2016 interview on Bill Simmons’ Any Given Sunday. “I was, like, the lowest rung of cool and talented that you could possibly be in the public consciousness at that time. I had broken up with Jennifer Lopez and I had, like, three or four movies in a row that had bombed.” Ben has been vocal about his frustration over how he was viewed during that time. “I got shorthanded as That Guy: Jennifer Lopez, movies bombed, therefore he must be a sort of thoughtless dilettante, solipsistic consumer…It’s hard to shake those sort of narratives. You were looking at that one-liner on me in 2003, which was definitely the annus horribilis of my life,” he told Details magazine in 2012.

Unlike Ben, Jennifer took the more classy route and didn’t blame Ben for the struggles in her career. “I would do it all over again, I think. I really would. Even the relationship part,” she told People in 2016. “I just feel like everything is part of your story and your journey and is meant to be and helps you grow if you’re willing to look at it, and I’m willing to look.” 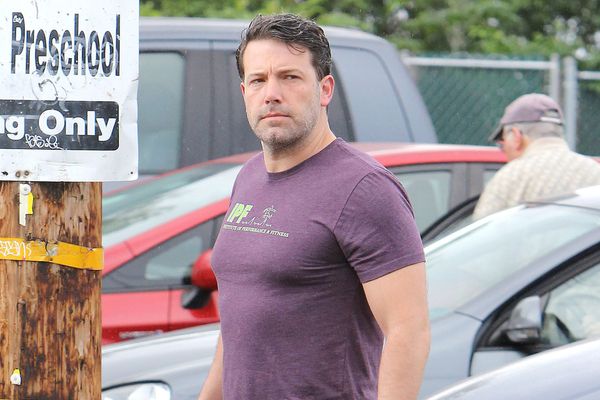