Megan Fox and Brian Austin Green first started dating 14 years ago! The two Hollywood stars were a surprising match at first — she was a young rising star and sex symbol in America while he was a seasoned actor best known for his fame on the ’90s series Beverly Hills, 90210 — but it quickly became clear why these two fell hard and fast for each other. While they’ve definitely had their ups and downs throughout their long term relationship with two break ups and three children, they’ve always found their way back to one another. Here’s a look at 10 things you probably didn’t know about Brian Austin Green and Megan Fox’s relationship!

Megan Fox and Brian Austin Green met in 2004 when he guest starred on the episode “9021-Uh-Oh” on Hope & Faith. He played himself and was a love interest for Kelly Ripa’s character, who played the mother of Megan Fox’s character. “I didn’t know who he was from 90210, but I liked him right away. Everyone was around the monitor watching a scene, and Brian accidentally touched my leg. I remember literal electricity shooting through me and out of me from every direction. It was like magic,” said Fox in an interview with the New York Times back in 2009.

When Fox met Green for the first time, she was only 18 and he was 30, but the 12-year age difference didn’t discourage either of them. Neither did the fact that Green had a son, Kassius, from a previous relationship. Fox did admit she had to convince Green at first. “I had to convince him that I was slightly more responsible and well-spoken and had other things to bring to the table besides being 18,” she said.

Both Megan and Brian have tattoos of each other’s names on their bodies; they got them when they were dating. Megan has Brian Austin Green’s signature on her lower stomach, while he has hers on his chest over his heart. Even when the two broke up, neither of them had the tattoos removed. “I truly feel like he’s my soul mate. I don’t want to sound corny or cliche, but I do believe we are destined to live this part of our lives together,” she said in an interview with Cosmopolitan.

Today Megan and Fox have a household of kids with three in total, but before they started welcoming kids into their lives, they filed their house with pets! Their home sounds a little bit like a zoo. “We have a potbellied pig, we have two dogs, two cats and two birds. And Megan wants a leopard. That’ll never happen! That’s a whole different world,” said Green in an interview with TV Guide. “Our biggest problem is rescuing pets from pet stores.” When Fox appeared on Ellen DeGeneres in 2014 she said they had since adopted two goats, Lulu and KoKo.

Megan Fox’s career started to take off while she was dating Green. She landed a lead role in Transformers in 2007 and became America’s biggest sex symbol, while Green’s career began to slow down. This was a complete 180 from when they had first started dating. “She was 18 when I first met her, and she went through an enormous change in her life because of her career, so she went through the natural period of, ‘I’m not sure if I’m ready to be in such a settled relationship,'” said Green. They officially broke things off in February 2009 after nearly four years of being engaged. After the break up Fox said: “Marriage isn’t a realistic goal for someone who is 23. I just wanna concentrate on becoming a better person before I try to commit to being someone else’s wife.”

5. Back Together and Re-Engaged

It didn’t take long for Fox and Green to get back together. They were seen around town a few months after their break up and publicly announced they were back together shortly after that. In June 2010 they were officially re-engaged and, although Fox claimed afterwards that it would be “years” before she walked down the aisle, the couple wed two weeks later in a secret ceremony at the Four Seasons resort in Hawaii — the same place where the two got engaged! According to online reports, Megan lost her 2-carat ring on the beach in Hawaii just hours after Brian proposed!

Megan and Brian welcomed their first child, a son named Noah, in Sept. 2012 and less than two years later, she welcomed another son, Bodhi, on Feb. 12, 2014. Fox has been open with how kids changed their relationship. In an interview with Cosmopolitan back in 2014 she said: “Poor Brian. He doesn’t get any intimacy, ever because my older son sleeps in bed with us. There are days when we barely say two words to each other, because if I have Bodhi, he has Noah, and then we switch. We’ve talked about going to an amazing hotel at their bedtime and coming home before they wake up, but that hasn’t happened yet. Our sex life is at a standstill.” She also stated the couple rarely go on dates — at that point they’d only been on 3 since Noah was born!

After 11 years together and two kids, Megan filed for divorce in August 2015 and cited “irreconcilable difference.” Similar to the first time the couple broke up, they were spotted together on a few outings with the kids post-filing, usually doing family activities. Both parents sought joint custody in the filing and Brian Austin Green requested spousal support. Their divorce is still pending, but it seems the two have called off their divorce for the time being.

Megan Fox has said that all three of her pregnancies were unplanned, but the most surprising of all is without a doubt her third pregnancy. She announced she was expecting her third child when she showed up at the CinemaCon in Las Vegas in April 2016 with a very noticeable bump. The announcement was pretty shocking and definitely unplanned on Fox and Green’s part considering she had filed for divorce from Green in August 2015. They’d been spotted together a few times, but mainly on family outings. After the announcement Fox maintained the couple were still separated, but the divorce would be on hold until the baby arrived. It has since been revealed that the couple are going to give their marriage another shot and they welcomed their third son, Journey River, on August 4th, 2016.

1. The Glue in Their Relationship

It takes a lot to build a successful relationship, especially when the people involved are huge Hollywood stars. Even though Megan and Brian haven’t had the smoothest relationship, they’ve been together for nearly 13 years! In an interview with Cosmopolitan back in 2014, Fox talked a lot about her relationship and what makes it strong. “A big part is that we respect each other as parents. I feel sorry for women who have babies with men only to find out their husbands aren’t helpful, because what you go through as a woman is so incredibly difficult. He’s willing to make sacrifices to keep us all happy,” she said. “You have to be with someone who loves you at your absolute worst, because you can’t be an actress every moment of the day forever. Brian and I have done everything you can to ruin a relationship and we still love each other.” 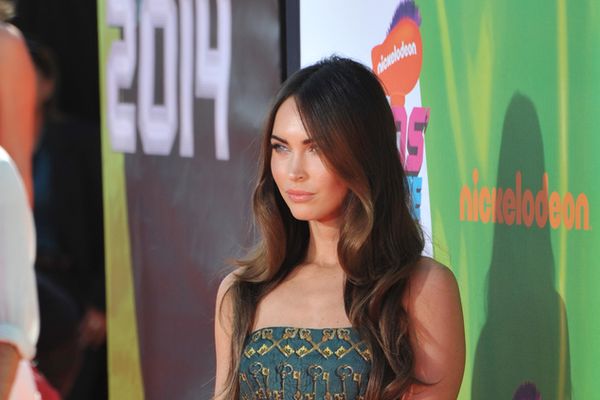