Carly Rae Jepsen is a Canadian singer, songwriter and actress who skyrocketed into fame with the success of her single “Call Me Maybe” in 2012. The song became a cultural phenomenon that swept the industry, giving her a huge platform. It set the bar really high for Jepsen, leaving her hard pressed to ever match that level of success again. Despite this, the former Canadian Idol contestant has received numerous awards and nominations including three Juno Awards, a Billboard Music Award and as of May 2015 she’s sold over 20 million records worldwide! Last year she released her third album, Emotion with the lead radio single, “I Really Like You,” and at the end of this month she’ll be celebrating her 31st birthday. In honor of that, here’s a look at 10 things you probably didn’t know about Carly Rae Jepsen!

10. She Grew up in a Musical Family

It’s no surprise to learn that Jepsen grew up in a musical household and was raised by parents who loved listening to music and jamming out. This is definitely where her interest in the music industry started: “I just grew up in a family where every celebration or party would end in a big jam session. “Moondance” by Van Morrison always resulted in a late-night dance party. My dad would sing three songs before bed instead of [telling me] a story. [When I was a teen], my mom would sit me down with a half-glass of wine and a Leonard Cohen song and ask me waht the song was about. I wanted to be apart of that world,” she said.

Carly Rae Jepsen has not only released some of the catchiest pop songs, but she’s also breaking records! Her hit single “Call Me Maybe” reached the number one spot on the U.S. Hot 100 charts and became the first song by a Canadian artist to reach the top of the digital chart since Justin Bieber’s “Baby” in 2010! The song also hit the number one spot on Billboard’s Canadian Hot 100. She’s the fourth Canadian to have ever achieved this.

Carly Rae Jepsen is making the leap from the stage to the small-screen! She is currently responsible for singing the theme song for the new Netflix revival, Fuller House. The song is a remake of the old Full House theme song and it’s extremely catchy! In an interview with Cosmopolitan she said, “I jumped at the opportunity when I got the call, and when I heard that [producer/songwriter] Butch Walker would be producing it, that just made me even more excited. We’re doing the original…sprucing it up a little bit and kind of updating it for today, but at the same time sticking to the true-blue reasons why everyone fell in love with Full House. It wouldn’t be the show without the original theme song. I guarantee that on the day it comes out — or on the day that I actually get to sit still with people — I’m gonna have my girlfriends over, and we’ll do popcorn and wine and embrace our childhood once again.”

Jepsen might not have made it into the big leagues until recently, but she’s actually been around making music for a long time. It wasn’t until she released the single “Call Me Maybe” in 2012 that her career really changed. Many people didn’t know that it was actually intended to be a folk song. She wrote the jingle with Tavish Cowe and at the time they both intended it to be a slow song, but when producer Josh Ramsay came on board he changed things up and turned it into that energetic pop song we all know and love today. When the song was released, she received a personal note from John Mayer who told her how much he loved the song and urged her to “keep going.”

6. She Likes to Travel Alone

Not having much alone time is part of being a successful artist — being alone becomes something sacred. In an Q&A with Vanity Fair, Jepsen said she gets her alone time when she travels. She doesn’t like to fly with friends or bandmates. “I like to travel by myself. Is that weird? I’m a late-night hotel writer. Most of my songs happen that way,” she said. She also divulged that while she loves living in L.A. because it’s full of artistic people and great weather, but her heart will always be in her native Vancouver, where she’s from. “I like L.A., but I love Vancouver. After a while I even miss the cold weather in Canada. Who would have thought?!”

Canadians have to stick together when it comes to the entertainment industry which is exactly what Justin Bieber and Carly Rae Jepsen did! Bieber gave Jepsen’s career a huge boost when he tweeted out that she got signed to his manager Scooter Braun’s record label: “yep. @carlyraejepsen is part of the team now!! EVERYONE FOLLOW HER and get ready 2 support her music. SHE IS AMAZING INSIDE & OUT! congrats.” When Carly Rae Jepsen was at the top of her game, she was giving Bieber a run for his money and actually creating a little bit of friendly competition! “The fact that we are able to have that friendly competition is blowing my mind. I wouldn’t be here without his support and his help, and he is so great about it. He’s just happy for me, which is nice to see,” she said in an interview with MTV News.

4. Never Given Out Her Number

Despite creating the smash hit song “Call Me Maybe,” which is essentially about flirting with someone and giving out a phone number for a potential date, Jepsen admits she’s never actually given a guy her phone number! In an interview she said she’s definitely put herself out there at times for a guy, but she’s never been the type to offer up her number and now that she has this song, she never could! “I’ve done brave things for love before or for the possibility of the idea of love, but I’ve never quite done that and I’m pretty sure now I never can because that would be really, really awkward,” she joked.

In 2016, Carly Rae Jepsen was given the opportunity to appear on the highly publicized Grease: Live show as Frenchy! She had previously met the original Frenchy, Didi Conn, while working in Broadway back in 2014 when they both appeared in the production Rodgers + Hammerstein’s Cinderella. Jepsen said Conn was totally supportive of her taking over the role and that she even offered her some great advice, “She gave me the confidence that I needed. I don’t have her voice and I was trying to mimic it for a while, but that just felt too fake to pull off properly. When I met her and I did a couple scenes in front of her and sang the song, she came over crying and called me baby Frenchy. That made me go home and sleep sounder at night.”

In the little bit of spare time that she has, Carly Rae Jepsen revealed in an interview with Myxph that she likes being in the kitchen baking! She also revealed that prior to becoming a singer, she was once a pastry chef assistant — that’s a far cry from what she does now! In between shows and being on the road, she always finds time to cook up new concoctions in the kitchen. She divulged a little more on the topic in an interview with Marie Claire and said that she’s got a mean sweet tooth, which is probably why she likes baking so much! When she’s on the road her go-to snacks are trail mix and Skittles, but when she’s home she whips up a batch of peanut butter chocolate chip cookies.

1. She Always Knew She Wanted to be a Performer

Even though Jepsen has been venturing outside her strictly musical roots and exploring other avenues like acting, she said that music has always been her number one desire. She’s known that she wanted to be an artist ever since she was a kid and that desire never wavered. “Music will always be No. 1. That hasn’t changed since I was 7 years old. Acting is something I get joy from, but music is what I’ve devoted my life to. I still write songs even when I don’t have a project to write for. When I was at school, the other kids had a new idea of what they wanted to be every second week. For me, nothing ever beat being a performer and singing,” she said in an interview with the New York Post. 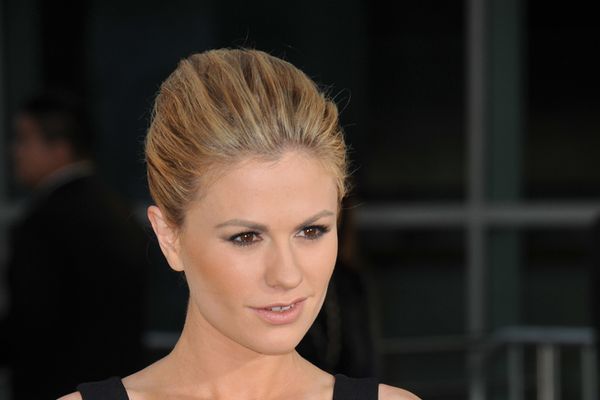 Popular Celebrities Who Were Born in Canada