Celine Dion is one of the most renowned female singers around the world and her incredible talent has led her to an unbelievable career. The Canadian singer is now a world-renowned music icon, and it isn’t for lack of hard work. Dion has been working on her career since she was five years old and has the distinction of becoming Canada’s best-selling artist. With 15 French albums, 11 English albums, numerous awards and countless shows under her belt, here are 10 things you didn’t know about the incredible singer:

It is no secret that Celine Dion is one of the hardest working stars in the music industry, but early in her career, her determination almost cost her her career. While on tour for her first English album, Unison, in the very early ’90s Dion battled laryngitis. Along with stress and fatigue from her schedule, Dion refused to take a break and her vocal cords became inflamed and she was forced to cancel some shows. She was advised to undergo vocal cord surgery, but instead opted to get better by remaining completely silent for three weeks. Following the scare she has since had a strict routine in order to take care of herself and her voice.

Although she started performing at the age of five, and was signed at the age of 12, it took awhile for Celine Dion to reach an international level of stardom. After years of releasing French albums, when Dion was 18 she saw Michael Jackson perform on TV and that is when she turned to her manager and said that is the kind of success and stardom she wanted. So in 1989, her manager had her take a year off, gave her a complete makeover, had her master English and she began work on her first English album Unison which was released in 1990. The following year she sung the title track for Disney’s Beauty and the Beast, officially launching her career outside of Canada. Despite reaching success in the U.S. as well, the singer faced backlash from her French fans in Canada who felt neglected by her turn to English and American audiences. So, when she won the English Artist of the Year at the 1991 Felix Awards show, she refused to accept the award, asserting she would always be a French not an English artist.

Out of her long and illustrious career, there is no questioning that her rendition of “My Heart Go On” from 1997’s Titanic is Celine Dion’s most popular song. It became one of the best-selling tracks of all time and it was also named one of the “songs of the century,” but it came close to not being recorded. According to Dion, she didn’t really like the song and didn’t want to sing it at first. “I wasn’t sure. I did another song for a movie before and it was very successful, and I thought we were pushing our luck,” she said during an interview with Jonathan Ross. As it turns out, she did such a good job singing the song, it was recorded in one take. “The demo is actually the real recording, I never sang the song again. Except three million times after that live,” she revealed.

Celine Marie Claudette Dion was born on March 30, 1968, in Charlemagne, Quebec, to Therese and Adhemar Dion. Dion was the youngest of 14 children, and her mother thought she was done having children after her 12th and 13th children who were twins. Dion admits her family was poverty-stricken as her father worked as a butcher while her mother stayed home with the children, and wanted to find a paying job to help out after her twins were born, but at 41, she found out she was pregnant again, with Celine. From the young age of five, Celine’s entire life was dedicated to becoming a singer, and she performed with her parents and siblings in her parents’ piano bar.

After years of performing with her family as the group Dion’s Family, Celine recorded her very first song, “Ce N’etait Qu’un Reve,” which translates to “It Was Only a Dream” at the age of 12. She worked on the song with her mother and Jacques to write and compose it. Her brother then sent the recording to Rene Angelil who managed Canadian star Ginette Reno. Her brother had seen his name on the back of Reno’s album. Once Angelil listened to the tape he started to cry and knew he had to sign the young singer immediately. Angelil was so sure she would be a star, so he even mortgaged his own home in order to fund her very first album. Of course, that was only the beginning of Dion and Angelil’s story.

After making her way to the top of the music world in the ’90s, Celine Dion shocked everyone when she opted to take a hiatus at the peak of her career in 1999. During the ’90s, Dion had released and promoted 13 albums, and so she said she needed a break from the spotlight to settle down which was also prompted by her husband’s diagnosis of throat cancer in 1999. During her time off, she underwent fertility operations in New York and became pregnant with her first child. She officially ended her hiatus with the release of her album A New Day Has Come in March 2002. The album marked a huge return for the singer as it became the highest debut sales week of her career in the U.S. and was certified 3x platinum in the U.S. and 6x platinum in Canada.

Since Celine Dion was focused on her career from such a young age, it shouldn’t be surprising that she never graduated high school. But in 2008 the singer received an honorary doctorate from Laval University in Quebec. She dedicated the award to her husband for creating her incredible career and said the distinction was “a very great honor for a little girl from Charlemagne.”

Celine Dion’s love story is one that is well documented in Hollywood. Dion met her husband in 1980 when she was 12 and he was 38. It was at this time when he agreed to become her manager. In 1987, when she was 19 years old, they began a romantic relationship but hid the relationship as long as possible because of perceived criticisms from those who would find the 26-year age difference inappropriate. Regardless the pair continued their romance and were engaged in 1991. On December 17, 1994, they were married in Quebec. After years of struggling to conceive, Dion underwent small operations at a fertility clinic in 2000 and they became pregnant, welcoming their first son Rene-Charles Angelil on January 25, 2001. In May 2010, they confirmed they were expecting twins and welcomed sons Eddy and Nelson on October 23, 2010. In 1999, Angelil was diagnosed with throat cancer and made a full recovery, but in 2013, he underwent surgery because the throat cancer had returned. After a courageous battle, Angelil passed away on January 14, 2016, at the age of 73. Unfortunately, tragedy struck the grieving Dion again only two days after her husband’s death when her brother Daniel also passed away from cancer at the age of 59.

After years of making her name known in the music industry, Dion’s big breakthrough came in 1991 when she duetted with Peabo Bryson on the title track of Disney’s hit film Beauty and the Beast. Now she is a five-time Grammy Award winner and is widely regarded as one of music’s most influential voices. Dion has become the second best-selling female artists in the US and stands as the best-selling Canadian artist and is one of the best-selling artists of all time worldwide. Between her music career and her work in business, Dion now has an absolutely incredible estimated net worth of $800 million.

While Dion has been busy essentially her entire life with her music, family, and work in business, she is also well known for her philanthropy. Since 1982 she has been a supporter of the Canadian Cystic Fibrosis Foundation and has a personal connection to the cause as her niece Katherine died in her arms at the age of 16 in 2003 after succumbing to cystic fibrosis. She also started her own foundation, Fondation Maman Dion. In 2014 her childhood home was demolished and replaced with the building that now houses her charity. Dion is a known supporter of almost 40 charities and causes around the world. 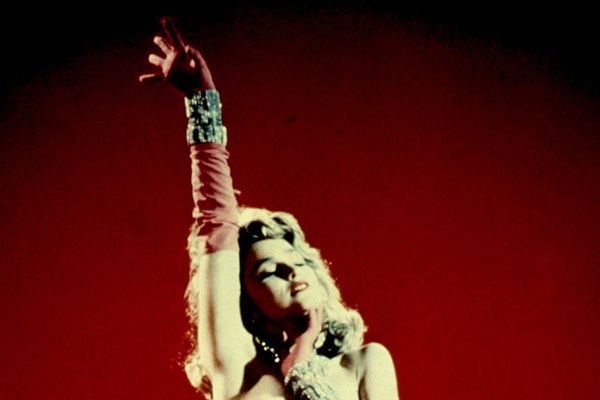