She’s young, beautiful, incredibly talented, and a soap opera darling on social media. Emme Rylan plays the role of Lulu Spencer on General Hospital and is one of the hottest actresses on daytime television today! This just scratches the surface on who she is and what she’s all about. Below are 10 things you may not know about GH’s Emme Rylan.

10. She Changed Her Name

GH fans have come to know the actress as Emme Rylan; however, other fans may find her face familiar, but not recognize her first name. That’s because she legally had her name changed in 2009. Prior to that, Emme was known as Marcy Rylan. She entered the land of soap operas in 2006.

Emme entered the world of daytime drama in 2006 playing Guiding Light’s (GL) Lizzie Spaulding. Interestingly enough, she was recast in that role. When she entered The Young and the Restless (Y&R) in 2010, she took over the role of Abby Newman from Hayley Erin. She then moved on to play Lulu Spencer on GH, which was a recast role originally played by Julie Marie Berman. When it comes to soaps, Emme seems like the recast queen, but she rocks at every part she steps into.

When she entered the roles of GL’s Lizzie Spaulding and Y&R’s Abby Newman, she was able to do so with ease. Unfortunately, Twitter wasn’t as huge as it is nowadays, and fan reaction to these recasts weren’t quite so real-time and in-your-face. With the popular rise of social media, Rylan felt a little bit of backlash when she first entered her Lulu Spencer role, as former Lulu, Julie Marie Berman, was a fan favorite. During a February 2014 interview, Rylan relayed how bummed she was about the negative Twitter reaction she received when she stepped into Lulu Spencer’s shoes. The good news was she learned to get over it, and simply moved on.

While turning off her Twitter notifications on her smartphone helped her ignore all those negative comments regarding her Lulu recast, another thing that helped was her co-stars and their support. In that same 2014 interview, Rylan revealed that the fun she and Dominic Zamprogna (GH’s Dante and Lulu’s love interest) helped to ease this transition tremendously.

While Emme has three soap opera roles under her belt, these aren’t the only acting stints she has done over the years. She starred in the movie Bring It On: All or Nothing, had a guest spot on Nickelodeon’s Drake & Josh. She’s also done a variety of television commercials over the years before she hit it big in daytime television.

Emme was fortunate enough to work with soap opera veteran and legend Jane Elliott (Tracy) before her departure from the show earlier this year. In a 2014 interview, as Rylan first entered her GH role, she spoke of the joys of working with Elliott and how she has often stayed on set to watch Elliott perform her scenes. What an incredible experience that must have been!

4. BFFs Onscreen And Off

Emme’s onscreen BFF is Maxie Jones, played by the amazing Kirsten Storms. However, a small sneak peek into either women’s Instagram page and any GH fan will see – they are clearly very tight friends off the set as well. Kristen recently helped a very pregnant Rylan get her mind off being, well, very pregnant at nine months by posting a handful of hilarious videos of the two lip-syncing to a bunch of songs. A must-watch for any true-blue GH fan.

Emme Rylan loves to post on her Instagram and her handle is filled with adorable photos of her and her family, friends, kiddos, with some cute videos mixed in there as well. On December 17, 2016, Rylan posted an adorable video where she announced to her two sons, Levi and Jackson, that she was pregnant, and that they would have another sibling in June 2017.

Speaking of her recent pregnancy … with two boys around, one would think that Emme was dying to have a little girl around the house. Well, the opposite was true. In a Soap Opera Digest interview, Rylan revealed that, after she had her first son Jackson, she only wanted boys. She had a dream while she was pregnant with him that she’d end up having three sons. The dream really stuck with her, so when the ultrasound technician revealed she was having a girl with her latest pregnancy … Rylan was shocked.

Being a mom is hard work! It can also be painful as well. In August 2016, while playing outside with her two sons, Emme broke her nose. It was so bad, the soap actress needed surgery. The only silver lining? She didn’t miss any time off work, thanks to a quick recovery and the fact that she was off already during Lulu’s dark weeks on the show. Lulu may have not suffered any repercussions, but sadly Emme’s nose felt the pain. 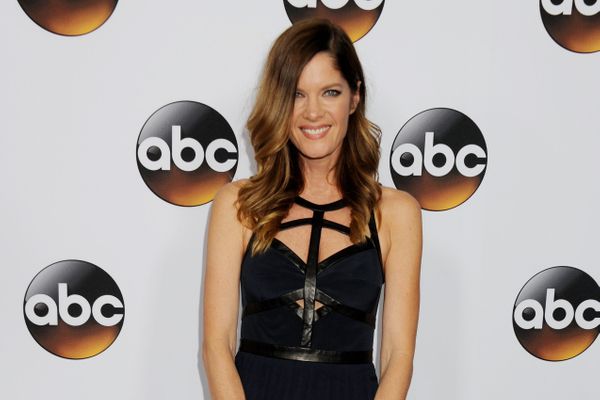