Jennifer Lopez is one of the most successful, multi-faceted stars in Hollywood. Not only is she an actress, a dancer, and a singer, but she’s also a producer, a fashion designer, and an author, too! Jennifer worked hard to get where she is today, and has had quite an interesting journey. Here’s our list of 10 interesting facts about the star that you may not have known.

10. She Had A Falling Out With Her Parents

Jennifer and her parents didn’t see eye to eye when it came to her ambitious career plans. As a teenager, Jennifer got a taste of acting when she played Myra in the 1996 film My Little Girl. Although she enrolled at Baruch College, she dropped out after the first semester in the hopes of pursuing an acting career. Her parents disagreed with her plans, and told her that “no Latinos did that” because it was a “really stupid” idea. The disagreement caused Jennifer to move out of her parents’ home and get an apartment in Manhattan to make her dreams a reality.

9. She Was A Backup Dancer

Long before she was known for her music and acting, Jennifer worked her way up to the top as a professional dancer. She once worked as backup dancer for New Kids On The Block at the American Music Awards. Even though she was relatively unknown back then, she already knew how to capture attention on the stage. You can watch her early TV performance in the video below

8. She Worked For Janet Jackson

In 1993, Jennifer was hired by Janet Jackson to be in her music video, “That’s The Way Love Goes.” Although she was scheduled to dance for the “Janet World Tour” near the end of that year, Jennifer backed out. Janet discussed the incident in Vibe in 2001. When asked if she remembered Jennifer being one of her dancers, Jackson told the magazine, “Yes. She was supposed to do the whole janet tour, but she only did the ‘That’s The Way Love Goes’ video. Then she called and said she wanted out, because she wanted to do her own thing.” When the interviewer responded that Jennifer probably wanted it to be her video, Janet responded, “Well, she’s doing it now. And she’s doing it very well.”

Though Jennifer is an intelligent business woman, there’s one skill that she admits she lacks. She once revealed in an interview that she’s not very good with computers. “I never go near one; I don’t like them. I barely know how to log on, so I’m never online.” This is even more surprising because her father David worked as a computer technician, and is currently a technology startup investor for his company, Manos Accelerator. The company supports Hispanic tech startups and accelerates their growth.

6. She’s Afraid Of The Dark

Jennifer isn’t a fan of the dark and prefers to keep the lights on, even when she’s trying to fall asleep. Back when she was married to Marc Anthony, she used to rely on him to turn off the lights after she went to bed. “I like the quiet but not the dark. We have everything on dimmers so I kind of trick myself into the darkness. Marc always turns off the lights after he comes to bed. I’m usually sleeping—or he waits till I fall asleep and then turns them off.”

5. She Built Her Acting Career

Before starring in films like Maid in Manhattan and Monster-in-Law, one of Jennifer’s first roles was in Gregory Nava’s 1995 film My Family, where she played the young Maria. NYPD Blue’s Jimmy Smits co-starred in the film. After this role, she was able to catch her big break in Selena, the 1997 film about real-life singer Selena Quintanilla-Pérez, one of the most influential Latin singers of all-time.

4. She Thinks Wesley Snipes Is A Jerk

In 1995, Jennifer starred in the action film Money Train where she played a New York City transit cop who captures the attention of two of her co-workers. The film reflected reality, as her co-stars, Wesley Snipes and Woody Harrelson, both expressed an interest in her. Jennifer turned them down, but said that Snipes didn’t take the rejection well. “He wouldn’t talk to me for two months. I was like, ‘What an a—–.'”

In 1999, Jennifer was an item with Sean Combs, formerly known as “Puff Daddy.” The couple were arrested in relation to a nightclub shooting after police found they were in possession of a stolen gun. The police stopped Combs and Lopez after they fled the club, and charged them with criminal possession of a weapon and possession of stolen property. Jennifer’s charges were dropped, but Combs was not so lucky, as his charges were brought to trial.

2. She’s A Fan Of Barbra Streisand

As a successful star, it only makes sense that Jennifer look to other women for inspiration in her career. At the top of her list is Barbra Streisand, the iconic singer, filmmaker, and actress who has won numerous awards in the entertainment industry. “Barbra Streisand is my idol,” Jennifer once revealed in an interview. “I love what she does. She’s a singer, an actress, she went into directing – she does it all.” For her former husband Marc Anthony’s 40th birthday, she sang Streisand’s “My Man,” and made a recording of it for him to play in the car.

With one of the fittest bodies in Hollywood, Jennifer doesn’t shy away from discussing her commitment to health and fitness. In order to prevent premature aging, she doesn’t indulge in drugs of any kind. “I don’t drink or smoke or have caffeine,” she told Us Weekly in January 2016. “That really wrecks your skin as you get older.” An avid fan of cooking, Jennifer focuses on eating well. “We eat a lot of green vegetables, asparagus, Brussel sprouts, broccoli and kale,” she said. 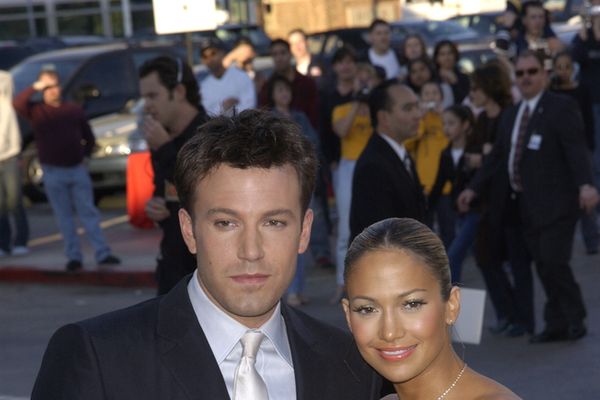