Joshua Jackson and Diane Kruger were one of the cutest couples in Hollywood. The recent news that the two had split after a 10-year relationship came as a surprise to many fans. Always adorable on the red carpet, the couple seemed destined to be with each other forever. It didn’t hurt that they looked good together, too! We rounded up 10 things you may have not known about Joshua and Diane’s relationship:

While Joshua and Diane were charming on the red carpet, their first date was almost a disaster. A few years ago, Diane sat down with Conan O’Brien to talk about the awkward night. Diane told the host how Joshua asked her out for drinks, but that he was under the impression they had agreed on a date. “I actually had plans with somebody else for dinner, so I know I didn’t say yes to dinner…so we’re sitting at the bar and it’s nine o’ clock and I’m ready to leave…and he says, ‘OK, let’s go, we have dinner reservations’. I felt really bad because he looked very eager and he put on a clean shirt and I said, ‘OK, fine.’” As if that wasn’t uncomfortable enough, Diane said things only got worse. When they were seated, she said the restaurant “was overgrown with these huge flowers, to which I had a huge allergic reaction to…I was sneezing and coughing, I couldn’t say anything, my eyes were watery, and I thought, ‘He’s probably gonna say let’s call it a day, let’s go home’ and he talked about himself for an hour and a half non-stop because he was so embarrassed.” Joshua offered to drive Diane back to her hotel, but his car was in rough shape. “The door was eaten by his dog, it smelled so bad…It was not cute. And then he leans in for a kiss and I swear to God at the end, I was like, ‘Should I slap him…?’ It was very uncomfortable,” Diane recalled. “I ran away, practically, and I thought, ‘This guy is never going to call me again or talk to me,’ and then he sent flowers the next day with a box of Kleenex…That was kind of cute.” Diane decided to give him another chance and the rest was history.

Joshua was put to the test when he first met Diane’s mother, who lives in the actress’ native country of Germany. “I’m from a very small village in Germany so I don’t usually bring boys back unless they’re somewhat serious. He came back about six months into us dating,” she said in an interview. Diane tried to prepare Joshua for the country’s cultural customs in the hopes he’d make a good impression. “It’s a tradition in Germany when you come home to have coffee and cake. It’s very German. So I prepped him. I said, ‘You have to have cake and you have to have coffee, even if you don’t like it.'” Diane’s mother had something else in mind when she met the Dawson’s Creek actor. She brought out a folder of internet clippings of his mugshot. “She thought it would be cute to go, ‘So, I see you’ve been arrested in 1997 at a hockey game. It says, ‘Whose fault was it?'” Diane recalled. We can only assume Joshua had to work his charm to get out of that one!

Though Joshua may have had a rough start with Diane’s family, things got better over time. The actor once talked about the wonderful time he had with Diane’s parents during their visits for the Christmas holidays. “Diane’s family goes whole hog,” Joshua told People. “Germans are all about Christmas so they have these Christmas festival month things. I’m going to come back at 300 pounds. It’s amazing. You just go and eat for 20 days. It’s great and the food is excellent!”

Since the couple’s acting schedules required them to travel a great deal, they had more than one residence together. They maintained a place in Paris, a home in Los Angeles, and a one-bedroom flat in the East Village of New York. Diane said moving in with Joshua was a big step for her. “[Moving] was a major commitment,” the actress told The Edit. “That’s a big step into adulthood for me, to allow that time for someone else out of my time.”

One of the greatest things about Diane and Joshua’s relationship was that they challenged each other to be better people. In a 2016 interview with Town & Country, Diane said that prior to dating Joshua, she lived “a very privileged life” inside her own “bubble.” “Meeting someone like my partner, who has a very different perspective, who likes to travel in a different way and be open to various experiences, was so important. I was 30 years old and I was already bored of fancy hotels,” she told the magazine.

Similarly, Joshua loved to gush about his beautiful partner. In a 2009 interview, Joshua talked about how Diane made him a better man. “She’s wonderful, and she’s kind and she’s loving. She’s forgiving when I’m a moron and not forgiving when I don’t deserve to be forgiven. And she pushes me in all the best possible ways,” he said. He continued, “And she’s inspiring, and tough, and smart and funny. There are no amount of good words. I want to be a better man because I want to always see that look in her eyes when she looks at me. I want to be the man that deserves that love.”

Joshua’s quest for knowledge rubbed off on Diane, who said she felt like she “knew nothing” prior to her relationship with him. In 2011, the actress told The Independent, “Josh is someone who is very grounded. It’s pure, there’s no bulls–t. He is very curious and is someone who always reads and is very politically engaged. He awakened the urge to ask more questions. You can take so many things for granted, because you read them and think it must be true, and he’s not like that.”

In December 2015, Diane was photographed getting cozy with her and Joshua’s co-star Norman Reedus. The 3 had worked together on the film Spy. Onlookers claimed that Diane was seen sitting on Norman’s lap at a bar in the East Village. They were later seen doing the same thing while at the TIFF premiere for the film. Jackson was is The Phillippines at the time to film a National Geographic documentary series. Despite the tabloid attention on their suspected relationship problems, Diane and Joshua stayed together and brushed off the allegations.

One of the more awkward parts of the couple’s relationship involved Joshua’s role on the Showtime series The Affair – but it’s not for the reason you might think. “It’s not the sex scenes,” Joshua explained in a People interview. “I don’t know why any couple would watch the show together because at some point in every episode there is going to be something that has come up in a fight between the two of you,” he joked. “And you’re going to get the side eye and then it’s like disaster.” Joshua said they watched the show separately and discussed it afterwards, which prevented more than a few arguments.

Although there was a lot of speculation, the couple wasn’t interested in formally saying their nuptials.”Marriage is important for the people it’s important for, but neither one of us is particularly religious, so I don’t think there’s any particular push,” Joshua told Us Weekly in 2012. “But never say never! I don’t know.” However, the couple did consider the possibility of having children. When asked about whether she had ambitions to be a mother, Diane revealed, “I feel very European and I think that I’m going to grow old in Paris. I have this fantasy of raising my kids there one day.” 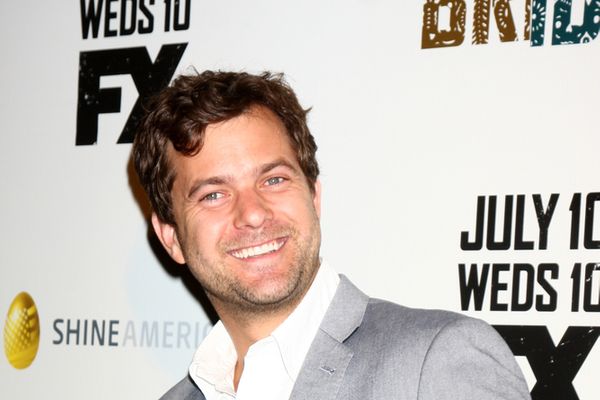