Julianne Moore has been acting since the early ’90s and she’s definitely earned her stripes in Hollywood since then! This red-headed actress is well-respected in the industry by her peers and critically acclaimed for her work. But before she started making feature films and winning Oscars, she was a soap opera star who appeared regularly on As the World Turns. This role even earned her a Daytime Emmy Award! Since then she’s moved onto films with notable roles in projects like The Lost World: Jurassic Park, The End of the Affair, Boogie Nights, Far from Heaven, The Hours, Hannibal, Hunger Games and of course, her Oscar winning role in Still Alice. Her 56th birthday is just around the corner, so here’s a look at 10 things you probably didn’t know about Julianne Moore!

She was born on December 3, 1960 at the Fort Bragg army installation in North Carolina. Her mother, Anne Love was a psychologist and social worker, while her father, Peter Moore Smith, was a paratroooper in the U.S. Army during the Vietnam War. He later became a colonel and then a military judge. The oldest of three children, Moore spent the majority of her childhood moving from city to city because of her father’s career. She lived in 18 different places from the time she was a little girl until she was 18, attended nine different schools and even lived abroad for two years in Germany. Instead of seeing it as a negative thing, Moore has said that her childhood helped her be a better actress because she gained so many different experiences.

There’s no debating that Julianne Moore is a successful actress because she’s got the awards to prove it! She’s got one Oscar Award, two Emmy Awards and two Golden Globe Awards, among others. But fans might be surprised to learn she doesn’t like to rehearse! When preparing for a role, she’ll memorize her lines, but she doesn’t like to act it out. In an interview with The New Yorker, she said: “I really know my lines. I really think about what I’m gonna do. Sometimes people think that means I’ve already played the part in my head. That’s not true. I know the parameters. Then, when the camera goes on. I’m ready to have an experience. I don’t want it to happen in my living room. I want it to happen on camera.”

Not only is she an amazing Oscar winning actress, but she’s also a successful author! She’s written 7 books! Her first children’s book Freckleface Strawberry was published in 2007. It’s now a best-selling series about a little red-headed girl who has freckles and must learn how to be comfortable in her own skin. The name comes from a childhood nickname. “I started writing the first one when my son was seven. What I wanted to say was, we all have issues with the way we look. I mean, I’d still rather not have freckles, but as you get older other things become more important. But although I’ve loved doing the books, I’m not about to give up acting — they’re more of a side project for me,” she said. This book series has been created into an app and a musical. She also published the book, My Mom is a Foreigner, But Not to Me, inspired by her Scottish mother.

Julianne Moore is typically private when it comes to her personal life, but there is one thing she’s not afraid to share, and that’s her anti-gun stance. She began petitioning against gun violence after the Connecticut shootings in 2012, and has since launched the Everytown Creative Council to support the prevention of gun violence. Moore catches a lot of unnecessary flack for her stance, especially via Twitter. “I get more reactions on Twitter about gun safety than anything else. I don’t understand how we’re threatening the Second Amendment because we’re talking about gun safety rules. That, to me, is really shocking,” she said in an interview with the Hollywood Reporter. She’s also supportive of Planned Parenthood, a pro-choice organization.

Julianne’s real name is actually Julie Anne Smith. When she decided to take up acting professionally after high school, she left Germany and moved to New York City when she was 22. She worked as a waitress for a few months and worked in theater in Buffalo. At the time, she was told she had to change her name if she wanted to make it in showbiz because there were already actresses with her name, or something similar. “When I went to join SAG as Julie Smith, they were like, ‘There’s a Julie Smith, there’s a Julie Anne Smith. You have to choose another name.’ My dad’s name was Peter Moore Smith, and my mother’s name was Anne Smith, and I used both their names so I wouldn’t hurt anybody’s feelings,” she said. Despite the fact that she’s widely recognized as Julianne Moore, she still thinks of herself as Julie Smith. “I mean, everyone calls me Julie — everyone.”

She didn’t learn how to swim until she was 26-years-old and didn’t learn to drive until she was 27. She also didn’t appear in her first feature film until she was 30 and waited until she was 37 to start a family. When asked why she decided at the age of 26 to finally learn how to swim in an interview with Redbook, she said: “Well, because I couldn’t, and I didn’t want to drown! My father was in the Army, so when other kids swam during the summer, we were always moving. I would take lessons in places, and then not really swim for the rest of the year. As a teenager, I could kind of float, but not well enough that I wasn’t terrified of going into the pool. But then, at 26, I was just like, that’s it. I didn’t want to be afraid. And it was the same thing with driving. I moved to Europe as a teenager, then to Boston, then to New York.”

Many fans might not remember, but Julianne Moore has actually be married twice. She rarely ever talks about her first marriage, except to say that it didn’t work out because in her 20s and early 30s work dominated her life. Her first husband was actor John Gould Rubin. They started dating in 1984 and got married two years later. They split up in 1995. “I don’t think I felt happy. I didn’t have the kind of personal life I wanted. I’d spent my 20s trying to get wherever there was, which wasn’t really anywhere. It was just a job, and I really wanted a family,” she said in an interview with Daily Mail. She met her second (and current) husband, director Bart Freundlich, in 1996 when she was 35 and they’ve not been together for 20 years! They now have two children together, a daughter Liv and a son, Caleb.

According to Moore’s brother, Peter Smith, Julianne is “absolutely neurotic about cleaning.” In her defense, Julianne said it gives her clarity. “If I’m trying to think, and I have all this stuff in front of me, visually, it’s confusing to me. I can’t stand it. I can’t bear it. If something doesn’t look right, it makes me uncomfortable,” she said. In a separate interview with The Hollywood Reporter she commented on it again and admitted she has a touch of obsessive-compulsiveness: “I probably have a touch of it. I like things clean. I can’t think unless things are in a certain kind of order. I have to finish stuff. I need to get things done. I can’t relax until I’ve done the work I know I need to do,” said Julianne.

In 2011, Julianne Moore gained dual nationality when she became a British citizen, in addition to her American citizenship. Even though her mother abandoned her British citizenship when she came over to American and became an American citizen, new laws exist that allowed Julianne to apply for dual citizenship because her mother was born in Scotland and immigrated to America when she was 10. “All I had to do [to become a Brit] was pledge to the Queen. I have a British passport and I use it to get into London. I wave that sucker and get right in!” she said. Moore said she applied for her dual citizenship as a way to honor her mother who passed away unexpectedly in 2009 at the age of 68. 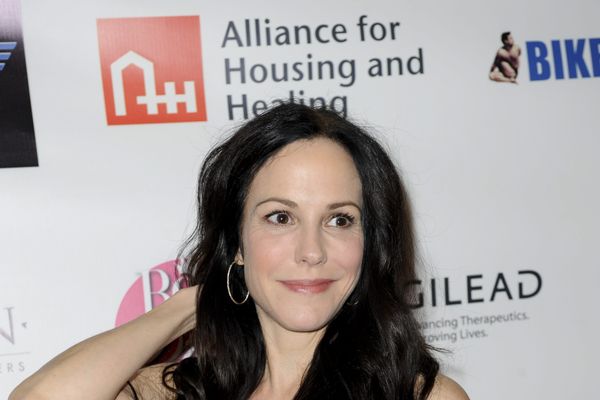 10 Celebrities You Didn’t Know Were Over 50