Kaley Cuoco has had a lot of success in her career and for almost ten years now she has been one of the most talked about and highest paid actresses on television thanks to her starring role in The Big Bang Theory. Outside of the show, her personal life has dominated the headlines, and even through tough times, she has remained upbeat. While she is open with fans in interviews and on social media, there is still so much to know about the stunning and talented actress! Here are 10 things you didn’t know about Kaley Cuoco:

Kaley Cuoco is a passionate actress, but before getting into the Hollywood spotlight, she was actually well on her way to making a name for herself as an athlete. At only three years old, Cuoco started playing tennis, and by the time she was a teen, she was a nationally ranked amateur player, but at 16 made the decision to not pursue a professional tennis career in order to focus on performing.

Cuoco is an extremely well-liked celebrity but over the years she has found herself in some scandals and facing major backlash. In December of 2014, the actress did an interview with Redbook where her comments on feminism sparked a lot of controversy online. In the interview she stated she doesn’t really think about feminism: “Things are different now, and I know a lot of the work that paved the way for women happened before I was around. I was never that feminist girl demanding equality, but maybe that’s because I never faced inequality.” She then took to her Instagram to defend herself after the backlash began and two years later in an interview with Cosmopolitan stated, “Of course I’m a f–king feminist.” In July of 2014, she found herself in hot water once again with social media users after her 4th of July photo featured her two dogs sitting on an American flag on the ground. She once again took to her Instagram to make amends, writing, “I sincerely apologize to anyone that has been offended by my previous post. This is no way reflects my feelings toward what the American flag represents. Living in the public eye can be extremely difficult at times. Every mistake and every imperfection is amplified. I am not perfect. I am a proud American, today, tomorrow, always.”

Kaley Christine Cuoco was born on November 20, 1985, in Camarillo, California to Layne Anne and Gary Carmine Cuoco. Kaley has one younger sister, Briana, and their mother stayed at home while their father worked as a realtor. Right from the beginning, Cuoco was homeschooled by her mother and earned her high school diploma by the age of 16. Her younger sister is also a performer and competed on season five of The Voice, and she also appeared on The Big Bang Theory alongside her sister in the season six episode, “The Tangible Affection Proof.” 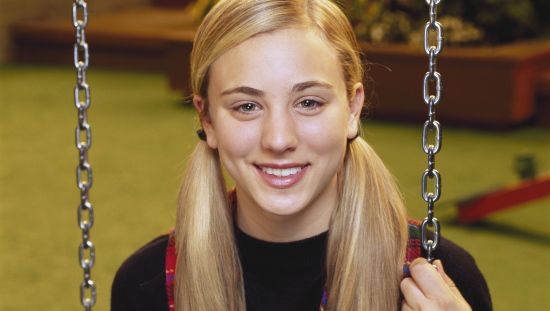 Although the actress is now best known as Penny from The Big Bang Theory, it is far from where she got her start. As a child, she starred in six Barbie commercials and made her on-screen debut in the TV movie Quicksand: No Escape. In 1996 she even portrayed a young Ellen on Ellen DeGeneres’s ’90s sitcom Ellen, and in 2004 she even starred in the film Hollow alongside none other than the Backstreet Boys’ Nick Carter. She became best known, however, after starring in 8 Simple Rules for Dating My Teenage Daughter and then in the hugely popular series Charmed.

Plastic Surgery in Hollywood is extremely common, but for one reason or another admitting to it is not nearly as common, except for Kaley Cuoco. While most stars make the choice to not comment on changes they make, Cuoco has had no problem opening up about it and has said in multiple interviews that getting breast implants was the “best decision” she ever made for herself and her career. She also admitted that she has had her nose done and had a filler put in her neck. “As much as you want to love your inner self… I’m sorry, you also want to look good. I don’t think you should do it for a man or anyone else, but if it makes you feel confident, that’s amazing.” 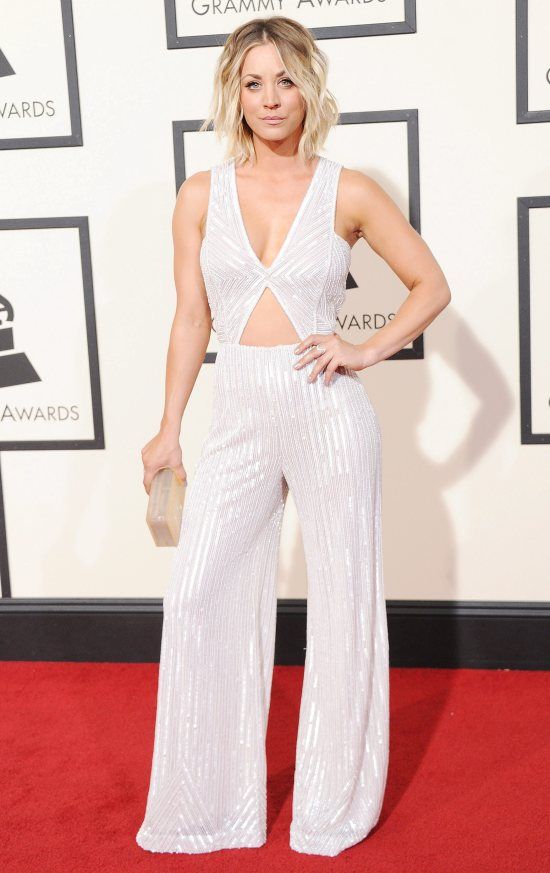 Kaley Cuoco may be passionate about a lot of things but one of the most important things to her has always been animals, and along with her rescue dogs, Cuoco loves horses and is an avid rider. As a horse owner, she has extended her talents into equestrian jumping, and unfortunately, this includes some risks. In 2010 she ended up having a serious accident after her horse got spooked, causing her to fall off, and while she was initially fine, her horse then tried to jump over her but landed on her left leg instead. The break was so bad that she was told that they might have to amputate her foot, but fortunately they were able to save her foot and leg, but the injury caused her to be written out of two Big Bang Theory episodes, and for much of the rest of the season, she was only seen sitting down or behind furniture in order to hide her cast.

Despite many, many roles, it is undeniable that Cuoco’s most successful role of her career has been as Penny in The Big Bang Theory; however, she almost didn’t have the role at all. The original and unaired pilot for the show was created in 2006 and instead of Cuoco as Penny, it starred Amanda Walsh as Katie, who was a much more “hard” and “streetwise” character who Sheldon and Leonard find crying on the curb after getting kicked out by her boyfriend. Fortunately for Cuoco, the character was deemed to “abrasive” and producers instead went for a more bubbly and likeable character which resulted in Kaley landing the role of Penny. 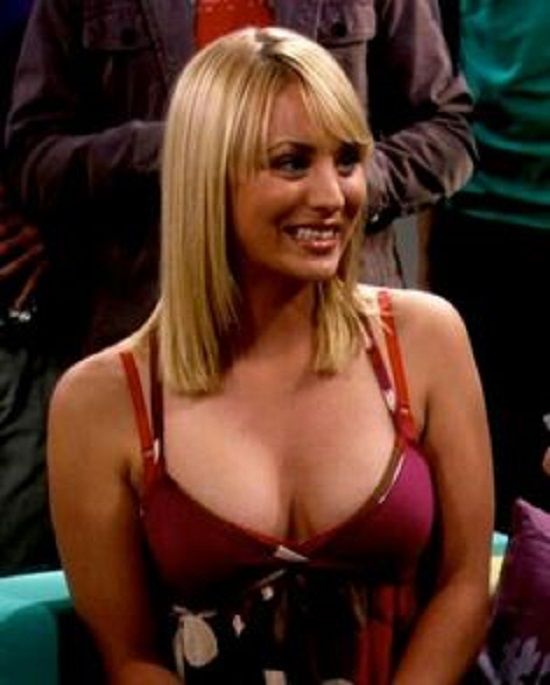 As one of the entertainment industry’s most beautiful women, Cuoco has had her fair share of men interested in her, but she just hasn’t had a lot of luck in the romance department. One of her most famous relationships has been between her and her Big Bang Theory on-screen love Johnny Galecki. In 2010, the actress revealed she and Galecki had secretly dated for two years until breaking up in December of 2009, but luckily remained great friends. She then began dating addiction specialist Josh Resnik and the two were engaged in October of 2011 before breaking up in March 2012. Weeks later she was spotted with actor Henry Cavill, but after only two weeks the relationship ended. The following year Cuoco began dating tennis player Ryan Sweeting and three months later they were engaged, and only three months after that they were married. In September of 2015, the pair announced their split and went through an extremely public divorce. Now the gorgeous star is dating equestrian rider, Karl Cook!

At only 32 years old, Kaley Cuoco has already added up 59 acting credits to her name and has quite the bank account to go along with it. As of now, the actress has an incredible estimated net worth of $55 million! Although she started out on The Big Bang Theory earning around $60,000 per episode, after substantial increases each year, she and the rest of the cast made a monumental deal in which they all now get paid a whopping $1 million per episode. 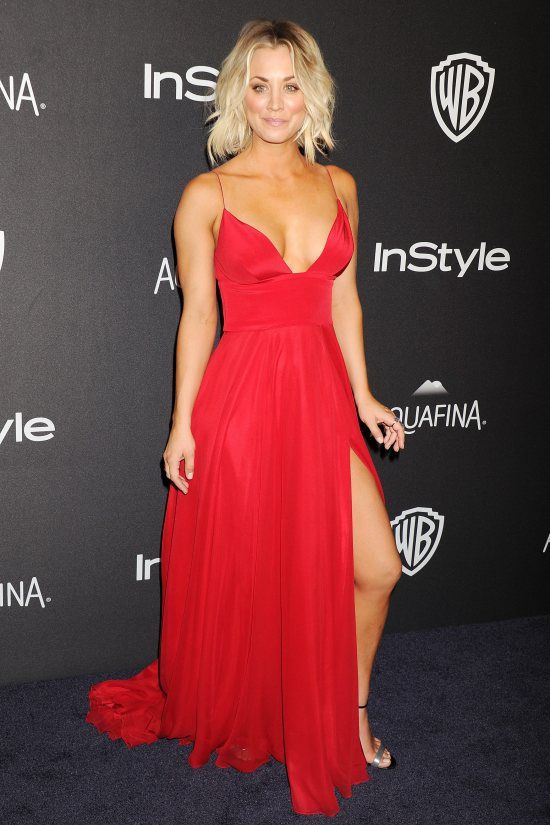 She is an actress, tennis player, and horse rider, but those aren’t all of the talents Kaley Cuoco has. She is also very invested in kickboxing as part of her workout routine, and aside from athletics, is musically inclined as well. Cuoco can sing and has shown off her talents a few times, but most surprisingly she loves to play the drums which she says is therapeutic for her: “Just 10 minutes of it and I’m a different person.” 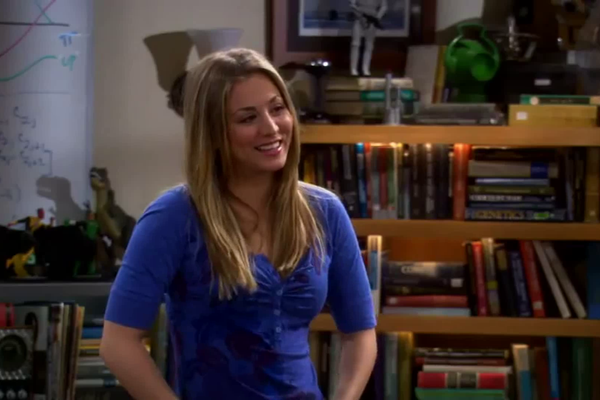