Kendra Wilkinson and Hank Baskett have been together for almost a decade now. They got together when she was only 23 years old and they’ve proceeded to build a happy little life together. Although they’ve had their challenging moments, they have proven that they are more than committed to making things work. In celebration of their wedding anniversary, here are 10 things you didn’t know about their relationship:

The couple met on March 21, 2008 at the annual Playboy Golf Scramble. Kendra was dating Hugh Hefner at the time and living in the Playboy Mansion. They initially became friends and then began dating in June 2008. According to Kendra, it wasn’t love at first sight for either one of them. “It wasn’t love at first sight. Everybody asks me if it was love at first sight, and it wasn’t. It seemed like it was because it happened so fast. We are the same people, but opposite. We’re so opposite each other. He’s from a small town and I’m from a big city,” she told PR.com.

At the beginning of their relationship, they were living on separate coasts, so they didn’t see each other as much as they would have liked, but they found a way to keep things hot and spicy with Skype sex! In an interview with Chelsea Handler, the Girls Next Door star discussed it, giving Skype sex rave reviews. “It’s way better than phone sex,” she said. “Try it!”

After spending weeks trying to find the perfect engagement ring for Wilkinson, Baskett proposed to her in front of both of their families at the Space Needle in Seattle. He wasn’t going to propose on that particular day, but after she made a joke about him proposing at the top, he was called into action. They’d only been dating for six months at that point.

Most people wouldn’t want to get married at their ex’s place, but not the Kendra on Top star! She and her NFL player husband decided to tie the knot at the Playboy Mansion on June 27, 2009. Hefner initially said that he would be the one to give her away, but it ended up being her brother who walked her down the aisle. For her wedding, she wore more than $100,000 worth of platinum jewelry by Michael Barin, including drop earrings, a pendant and bracelet. She wore a white dress while he donned a white suit, and the bridesmaids were all in lavender. Hundreds of guests were present, including Bridget Marquardt, who was in her bridal party.

While Baskett was religious when they met, Wilkinson wasn’t. That changed when they hooked up! Hank made her pray before meals. “His family is so religious and he really calmed her down a lot, he’s good for her,” bridesmaid and playmate Brittany Ginger told Tarts. According to Wilkinson, praying helped her change “for the better.”

When they were first married, he was a big NFL star; however, when his career ended in March 2011, she became the breadwinner. She believes that this role reversal put a lot of stress on him. “He’s played football his whole life. I’ve only known Hank as a football player and I loved that about him, he was so sexy. And then football ended, here we are, we have a kid and the roles reversed. I became the breadwinner, he became more at home with little Hank, and I think that put a lot of stress onto him,” she told Giuliana Rancic in 2014.

When it comes their sex life, Kendra and Hank are adventurous. In 2015, she revealed that they spiced up their sex life by having sex in front of the Christmas tree Then in 2016, she announced on Twitter that they hooked up in a vineyard during a wine tasting. She also told Bang Showbiz that they’ve had sex in their kitchen, the Jacuzzi and on a jet ski in Cabo!

In June 2014, Wilkinson and Baskett’s relationship almost came to an abrupt end because of a scandal. A transgender YouTube model named Ava Sabrina claimed that she hooked up with former NFL player while Wilkinson was pregnant with their daughter, Alijah. While she initially dismissed the allegations, the reality star became concerned when Baskett didn’t rush to clear his name and then was livid when she found some unexplained charges on his credit card. Although they briefly separated that summer, they reconciled a few months later. Baskett claimed that he only went to Ava’s apartment cause he wanted to buy marijuana, and that she was the one that came onto him, but that he didn’t reciprocate anything. “I didn’t engage in anything,” he told People. “It was like a bank robbery. You never know when you’ll freeze. I don’t know if it was a couple of seconds or 15 seconds, because all I was saying was get out, get out, get out.”

After the scandal, they both individually sought therapy and underwent couple’s counseling as well because they were having problems prior to the cheating allegations. Hank was in a bad place, and Kendra was pregnant and not in a place to listen. “There was one night where he literally came to bed shaking ’cause he was going through such anxiety. He was in such a bad place,” she told Giuliana Rancic in 2014. “He’s in a lot of therapy right now. We’ve done some couples therapy. I don’t know if him going to therapy means he’s guilty. I am willing to forgive him, even if he did it.”

The couple has two children, Hank IV (born December 11, 2009), and daughter Alijah (born May 16, 2014). After having both children, Kendra suffered from postpartum depression, so she’s not looking to give birth again. “If we were to agree to [have more kids], we would agree to adopt,” she told E! News. “I had postpartum after little Hank, and then I was dealing with chaos after Alijah with postpartum, so I had pretty bad experiences right after having each kid. But I got through it, and I appreciate it all.” 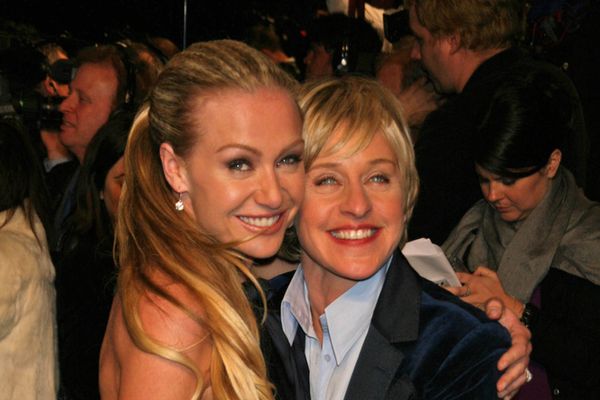 9 Hollywood Relationships On The Rocks