We are beginning to think that Kourtney Kardashian is the most underrated sibling of the Kardashian-Jenner klan. Unlike her sisters, she doesn’t give it all away, which has left us wanting more – much, much more! For those of you Kourtney fans, here are 10 things you didn’t know about the stunning reality TV starlet!

She will only eat organic, gluten-free foods and around the house she will only use all-natural household cleaning products.

When she first found out that she was pregnant with Mason, she seriously considered having an abortion. “I definitely thought about it long and hard, about if I wanted to keep the baby or not,” she told People. “God does things for a reason, and I just felt like it was the right thing that was happening in my life.”

Before she found fame alongside her family on Keeping Up with the Kardashians, she got a taste for fame in 2005 on the failed reality TV series Filthy Rich: Cattle Drive. The show featured privileged children of celebrities working on a Colorado cattle ranch.

Unlike her four sisters, Kourtney went to university. First she went to Southern Methodist University in Dallas, Texas, for two years before she switched to the University of Arizona in Tuscon. She graduated with a bachelor’s degree in Theatre Arts and a minor in Spanish. Some of her famous classmates included Nicole Richie and Luke Walton.

She got a boob job during summer break before her senior year of university. “I wanted to go back to school with new boobs,” she said. “It was so dumb.” She went from being a small B cup to a C cup.

She met Scott Disick at a house party at Joe Francis’ in Mexico back in 2006, but it wasn’t love at first site for Kourtney. “I just thought he was so annoying,” she said on an episode of Kourtney & Khloe Take The Hamptons. “He was four years younger, he lived in New York, he didn’t have a job.”

She applied to law school, but decided not to go. She wouldn’t have been the first person in her family to attend law school had she gone. Her father was a lawyer!

She graduated from L.A.’s Marymount High School, which was a Roman Catholic all girls school.

Kourtney’s first job was as a production assistant on the set of a movie. 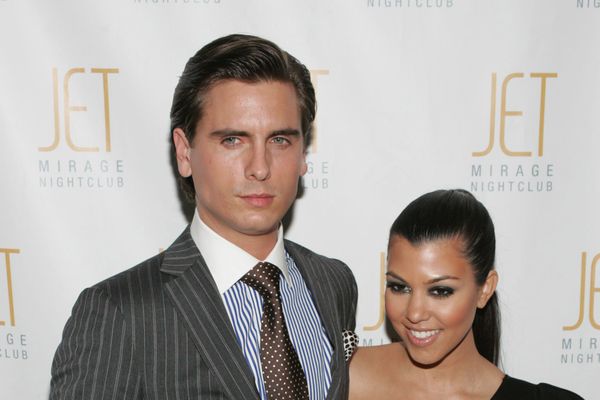 7 Signs Scott And Kourtney’s Relationship Was Going To Fail