Melissa Gilbert has been a well known star for decades all thanks to her long-running and iconic role as Laura Ingalls in Little House on the Prairie. Now in her 50s, Gilbert was only nine years old when she landed her career-defining role on Little House which went on to become one of the most popular series of the ’70s and ’80s. Although she may be known for her starring role in the series, there is so much more to the actress, much of which she divulged in her 2009 memoir “Prairie Tale: A Memoir.” So, get to know the beloved star even better with 10 things you didn’t know about Melissa Gilbert:

Of all the forgotten celebrity couples of the past, one of the biggest without a doubt is Melissa Gilbert and Rob Lowe. The actress and handsome actor began dating in the early ’80s when they were both only 17. Despite their age, things got serious quickly. “I fell instantly, hopelessly and stupidly in love. We went from first date to instant couple. I felt like I was starving for Rob,” the actress revealed in her memoir. In 1986, the two even became engaged after Lowe proposed, but the relationship was far from idyllic with many cheating scandals on both sides. Things got more complicated, however, when Gilbert then became pregnant with Lowe’s child and Lowe said he wasn’t ready to be a husband or a father. With the revelation from Lowe, their relationship officially came to an end, and not long after Gilbert suffered a miscarriage and lost the baby. “It was very, very painful. It was a very dark and difficult time for me… Now I understand it. But at the time it was devastating,” Gilbert said years later.

Despite what many think, Melissa Gilbert was far from a one hit wonder when it comes to her career. Although Laura Ingalls may still be her best known role, the actress never slowed down her acting career. After the iconic series came to an end, Gilbert appeared in 1985’s Sylvester as well as several made for TV movies including Killer Instinct, Chameleons, Joshua’s Heart and many more, not to mention she has also appeared in several series including most recently in Secrets and Lies in 2015.

Melissa Ellen Gilbert was born on May 8, 1964 in Los Angeles, California, to Kathy Wood and David Darlington. Unfortunately, Gilbert’s parents felt they weren’t ready to be parents and placed Melissa up for adoption immediately. Only a day later she was adopted by actor and comedian Paul Gilbert and his wife Barbara Crane. When Gilbert was eight years old, her adoptive parents split and she was subsequently raised by her mother and her mother’s second husband Harold Abeles. Barbara Crane and Paul Gilbert later adopted a son Jonathan, who went on to star with his older sister in Little House on the Prairie, and Gilbert also has a famous half-sister, Sara Gilbert, known for her roles on Roseanne, The Talk and The Big Bang Theory.

Things became even more difficult for Melissa and her family life a few years after her parents’ divorce. On February 13, 1976, when Gilbert was only 11 years old, her adoptive father Paul Gilbert passed away. At the time, she was told he died after suffering from a sudden stroke, but years later she finally found out that Paul had taken his own life at the age of 57 because he was suffering from constant pain.

Following in both of her parents’ footsteps, Melissa Gilbert began acting at a very young age with many appearances in commercials. Eventually, she began landing bigger acting roles, appearing in The Reluctant Astronaut, The Dean Martin Show, Emergency! and more. Her biggest break came when she auditioned for Laura Ingalls in 1973 at the age of nine, and eventually won the role which was no easy feat as she was up against 500 other girls who auditioned for the part. Gilbert found out she had won the part because at the time she was attending school with Michael Landon’s daughter Leslie Landon who told Gilbert she had got it.

Through the many years since Little House on the Prairie came to an end, Gilbert’s passion and love for the series never ceased and in 2009-2010 the actress reprised her beloved role in the Little House on the Prairie musical. Unfortunately what the actress deemed to be just a sore back while on tour turned out to be much more serious. After visiting a surgeon in LA, she was informed her back was broken and had been for months while she was performing. As a result of the injury, Glbert underwent surgery which included replacing a disc and a vertebrae fusion, and she made a complete recovery. Five years after the surgery in 2015, Gilbert then made the decision to get her breast implants removed after first having the surgery done in 1992.  She revealed that a cruel comment from an ex-husband is what influenced her decision to get implants in the first place and after appearing on Dancing With the Stars, the actress said “It was all about spray tan and glitter and glamor and what other people think and being skinny, way too skinny!! I stayed in that head space for several months after that.” Eventually she realized for her mental and physical health, she needed to have the implants removed. “The shallowness of my existence at that point brought me to my knees. I had to change. I had to look inward and address my issues.”

Like many child stars of the ’80s and ’90s who didn’t know where to turn after growing up in the spotlight, Gilbert found herself struggling with drug and alcohol problems beginning in her late teens. While she began partying during her relationship with Rob Lowe, she admits things did not get out of control until she became a mother for the first time. At the peak of her problems, Gilbert admitted she was drinking two to three bottles of wine by herself in a night and although she thought she was hiding it from her children, it was her son Michael who finally confronted her about it. Not long after, she passed out in the dog bed while a friend was over for dinner and afterwards, she began seeking help and in 2004 she became sober.

As a teen, Gilbert dated Michael Landon Jr., the son of her longtime friend and Little House co-star Michael Landon, and then went on to have her dramatic relationship with Rob Lowe. Very shortly after her split from Lowe, Gilbert began dating actor Bo Brinkman and the pair married on February 22, 1988, only seven weeks after her split from Lowe. Not long after Gilbert became pregnant with their first child and on May 1, 1989, they welcomed their son Dakota Paul Brinkman. Three years later, Gilbert and Brinkman divorced. Weeks after filing for divorce in 1993, Gilbert began dating actor and writer Bruce Boxleitner, but they also had a dramatic relationship. They became engaged twice and each time Boxleitner ended up breaking up with Gilbert. After getting back together for a third time in 1994, they finally married on January 1, 1995. On October 6, 1995, they welcomed their son Michael Garrett Boxleitner, named after Michael Landon. After nearly 20 years of marriage, Gilbert and Boxleitner announced their separation in August 2011. Two years later Gilbert’s rep confirmed the actress was engaged to actor Timothy Busfield and the pair married on April 24, 2013.

As someone who starred on one of the most popular series for a certain time, Melissa Gilbert’s estimated net worth is quite surprising. Although she has an incredible 76 acting credits under her belt, as well as many awards and nominations, the actress now has an estimated net worth of only $500 thousand.

Part of the reason Gilbert’s net worth is only estimated to be $500 thousand, which is low by Hollywood standards, could be because of her issues with her taxes. It was discovered in 2015 that the actress actually owed just over $360,000 in federal taxes as well as $112,000 in California state taxes. Gilbert said she was suffering financial difficulties because of a “stalled acting career and her divorces” saying her tax problems were part of a “perfect storm of financial difficulty for me.” The actress ended up working out a deal with the IRS to have the taxes paid back by 2024, but it became a source of contention when she ran as a candidate for U.S. Representative for Michigan and was outed as a “tax cheat” by her opponent. 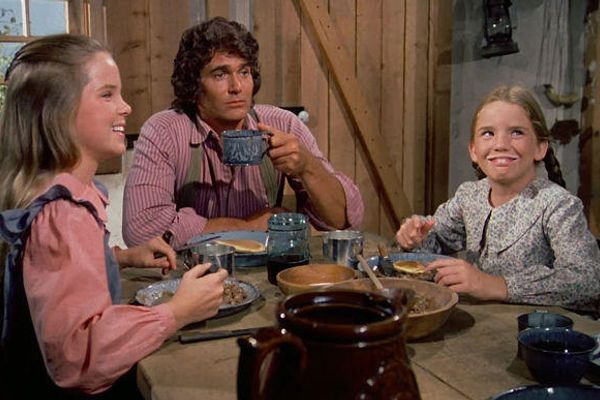