Matt Damon is one of Hollywood’s biggest and most revered actors, yet he sure doesn’t act like it. One of the reasons fans love the star so much is he seems so down-to-earth and is just like every other family man. Unlike a lot of other celebrities, Damon has never been embroiled in huge scandals and is very rarely in the tabloids, all of which he attributes to his amazing life with his gorgeous wife Luciana Bozan Barroso. The pair is often seen on red carpets, but are also pretty private about their life together. Here are 10 things you didn’t know about their amazing romance and relationship:

Matt Damon and Luciana Barroso’s love story is the kind that fans everywhere dream about, as she was in no way connected to the world of Hollywood before randomly meeting the movie star. Damon now calls meeting his gorgeous Argentinian wife “fate,” after the pair first connected in Miami in April of 2003 while the actor was filming Stuck on You. In an interview with Ellen DeGeneres in 2011, he explained, “I decided to do this movie with the Farrelly brothers in 2002. We were supposed to shoot in Hawaii and then the movie got moved to Miami. I had never really hung out in Miami. One night in the middle of the shoot, the crew, a couple guys, said, ‘We’re going to get a beer somewhere’ [and they] kind of dragged me along.” As it turns out, they ended up at the bar where Barroso was working as a bartender. “I literally saw her across a crowded room, literally. Eight years and four kids later, that’s my life. I don’t know how else our paths would’ve crossed if that didn’t happen. If all those things didn’t happen,” Damon said at the time.

After two years of dating, Damon definitely knew she was the one and in September of 2005, he proposed. Again, unlike many celebrities, the two opted out of a big lavish wedding and instead tied the knot in a private civil ceremony inside New York’s City Hall on December 9, 2005. At the time of their super secret marriage, Barroso was already three months pregnant with their first child, and the only people in attendance were “some friends” and Barroso’s then 6-year-old daughter Alexia.

Damon’s wedding to Luciana was his very first, but it definitely wasn’t his first public relationship. Although he ended up marrying a non-celebrity, he had some high-profile romances with his Good Will Hunting co-star Minnie Driver, and then he dated actress Winona Ryder for two years. From 2001 to 2003 he dated Odessa Whitmire who had been the personal assistant of Billy Bob Thornton and Ben Affleck, but they broke up right before he met Barroso. Damon was the second marriage for Luciana; she was previously married to Arbello “Arby” Barroso with whom she had her daughter, Alexia. Although they had been separated, Barroso’s marriage to Arby didn’t officially end until December of 2004.

Upon their marriage, Damon became the stepfather to Luciana’s daughter who is now 18. The pair then expanded their family by welcoming their first child, a daughter named Isabella, on June 11, 2006. Two years later they welcomed another child, daughter Gia Zavala, on August 20, 2008, and two years after that welcomed their third daughter, Stella Zavala, who was born on October 20, 2010. Damon has often gushed about being a father and revealed that he recently taught Alexia how to drive. “She would drive last year just to school every morning. We’d get in the car and drive.”

After their secret and very simple City Hall wedding in 2005, the pair decided that they still wanted a bigger celebration years later. In April of 2013, the two renewed their vows to each other and spent a reported $600,000 on a ceremony in Saint Lucia. This time they were surrounded by many friends and family, including Jimmy Kimmel who officiated the ceremony. Many got to know Barroso better during the ceremony and her vows were reportedly both funny and extremely emotional. She is reported to have to Damon “to be the mom our four beautiful girls deserve – and no matter what unpredictable direction life takes us in, to be right next to you loving you with everything I have.”

Fans have seen quite a few celebrity marriages and relationships fall apart because of hectic schedules and too much time spent apart, but there is no way Damon is going to let that happen. In 2013, The Martian actor revealed that he and his wife have a “two-week rule.” “I”m not away for more than two weeks. I think you need to be with the person you love as much as possible. My wife is my soul mate. I don’t like being apart from her.”

Despite many fans suggesting that Luciana is the lucky one for landing one of Hollywood’s favorite actor, Damon would disagree. The actor has often gushed about his 11-year marriage, which is rare by Hollywood standards, stating, “I’m lucky I found my wife. I guess maybe, if there’s any secret…it’s to feel lucky.” He added, “I think marriage is insane. It’s a crazy idea but I love being married to my wife. So I wouldn’t tell anybody else anything about their relationship.”

One of the biggest secrets to their success as a couple has been staying out of the spotlight and being very rarely targeted by the media, which Damon says is thanks to his wife being a “civilian.” “A lot of it boils down to luck: my wife’s a civilian and that takes a lot of pressure off,” he said in an interview in 2013. “There’s nothing scandalous about a guy who’s married and has kids. If they come outside where I live, they are going to die of boredom…there’s just nothing going on that would sell a magazine.” In fact, many times Damon is seen cheering his kids on at soccer games and dropping them off at school, seemingly living the average dad life.

Matt Damon and Luciana may live the “simple life” but there is nothing simple about their homes. The pair and their family originally lived in Miami and then New York before purchasing a massive mansion in Pacific Palisades, Los Angeles in 2012. The home is 9,000 square feet and boasts five family bedrooms, two staff bedrooms, and nine bathrooms and also includes a home gym and screening room. The pair eventually sold the home for $20 million and moved to London with their family where Damon was primarily filming the most recent Jason Bourne film.

Although they pride themselves on being able to stay out of the tabloids, rumors of a possible scandal still hit in late 2015 when there were several reports that Damon and Barroso were headed for divorce. There were rumors that things were going downhill for the two after Damon began partying with his best friend Ben Affleck after his split from wife Jennifer Garner. The reports went on to indicate that his time with Affleck made Damon yearn for the “bachelor” life and lean towards leaving his own wife. It shouldn’t be surprising, however, that Damon’s team quickly shut down the rumors that were completely “unfounded,” and he and Luciana are still going strong! 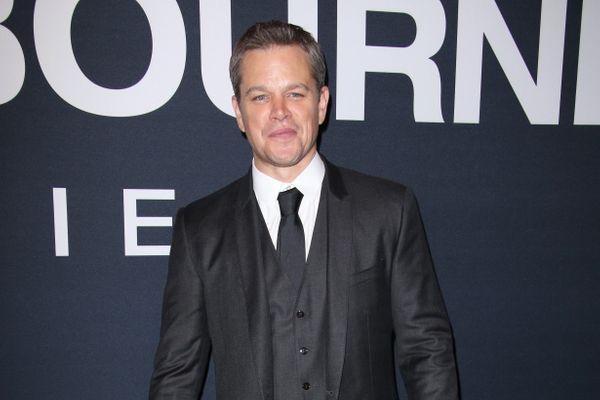