Nicole Kidman and Keith Urban may seem like an unlikely pair, but they are also a perfect pair! The two Australian stars have now been married for a decade and despite many bumps in the road have remained stronger and closer than ever. Despite being an award-winning actress and one of country music’s biggest acts, they are skilled at staying out of the spotlight when they want and raising their two daughters with as normal of a life as possible. Since fans are so interested in them, we put together a list of 10 things not widely known about Nicole Kidman and Keith Urban’s relationship! Check it out:

Nicole Kidman and Keith Urban are both Australian but found mainstream success with North American audiences, but it was their roots that brought them together. In January 2005, both attended the G’Day LA event in Hollywood honoring Australian stars.

Urban has admitted he was quite intimidated by Kidman when he first saw her. In an interview with Oprah she asked the country star if he was intimidated when he first saw her, and he said, “Yeah, I was. She walked into the green room where I was, and I said, ‘There she is, there she is.’ I swear to you, she glided across the room, like floated. I don’t know how she did it. It’s like she’s standing there, and she didn’t walk. It was out of this world.”

After a year or so of dating, Keith Urban and Nicole Kidman were married on June 25, 2006 at the Cardinal Cerretti Memorial Chapel on the grounds of St. Patrick’s estate, Manly in Sydney, Australia. Fans cheered them on outside of the venue, but they kept it intimate inside with some celebrity friends such as Naomi Watts, Russell Crowe, Hugh Jackman and Rupert Murdoch. Instead of gifts, the famous pair asked for their guests to donate to the Sydney Children’s Hospital.

Early on in their marriage, Keith and Nicole were faced with a cheating scandal that shocked many. In 2006, just months after their marriage, a 23-year-old model by the name of Amanda Wyatt started speaking out saying that she had been having an ongoing affair with Urban for months right up until his wedding to Nicole. She gave details about the two of them doing drugs together and “making lots of love,” but Kidman stood by Urban and nothing ever came from Wyatt’s claims. After many years, the rumor mill started turning again and this time it was even more crazy than the last cheating scandal. In 2015, reports started circulating that Urban was caught cheating with young country star Kelsea Ballerini who was his supporting act for his tour. Both Urban and Kidman were quick to squash the rumors, but that didn’t stop more from coming up when it was alleged that Urban had begun an affair with his American Idol co-judge Jennifer Lopez. Through it all Kidman and Urban have stuck by each other and remain as happy as ever.

While the cheating rumors rocked the couple, they fought right through, but what did almost break them early on in their marriage was Urban’s addiction to drugs. Although he had begun the road to recovery, Urban had relapsed and cocaine had once again become a major problem in his life and on October 19, 2006 Urban checked himself into the Betty Ford Center in California. He issued a statement, “I deeply regret the hurt this has caused Nicole and the ones who love and support me. One can never let one’s guard down on recovery, and I’m afraid that I have.” After completing rehab in 2007, Urban began to open up more and more about his battle and revealed that he entered treatment after Kidman and some friends staged an intervention. “It was really a profound moment in so many ways. Then, the way in which Nic handled that moment was just perfect,” Keith stated. “Everything was just designed, I believe, for that moment to fuse us together.” He said that he also was concerned about going to rehab so soon after his wedding because he thought it would ruin his marriage. “I thought ‘Surely let’s give it a few years so we’ve got some solidity, because this kind of thing could tear us apart. This could destroy us.” Instead they came away stronger, and Urban now credits his wife for saving his life.

Due to the fact they have been through so many hurdles and faced so much drama yet always seem even more happy and in love, some began to question whether they were putting on a facade for the public, but Urban is happy to dispel those rumors. “We’re pretty goofy. I mean there is no question that that’s what we’re like. Anybody that knows us on a personal level knows that’s exactly what we’re like most of the time.” He added, “She’s my best friend. I’ve never had anybody on the planet that knows me as well as she does. I would love to have been worthy of somebody like Nic, but I was a long way from it when we met. Somehow we just found there was love there, real love. I literally just feel like the luckiest guy on the planet.”

Despite first having a connection at the G’Day LA event, it reportedly took six months before they could coordinate their schedules enough to actually start dating, and according to the couple, an important part to a passionate marriage is to never stop dating. “Dating. Keep dating your wife — that’s it,” Urban shared about keeping the spark alive. “I’m still trying to get her to go out with me.”

Early on in their relationship, Kidman and Urban shared a 7,000 square foot house in Nashville, but in late 2007 they sold the property and instead bought up a 40-acre farm just outside of Nashville where they now raise their family. In 2008, they welcomed their first daughter Sunday Rose and in 2010 welcomed their second daughter Faith Margaret via surrogate. They also own homes in Sutton Forest, Australia, and Los Angeles, making sure they have a home wherever their busy careers take them.

After six years of marriage, Kidman really shook things up by getting very candid for the first time about her relationship with Keith, which many took in comparison to her former marriage to Tom Cruise. She talked about not feeling very comfortable in her own skin until marrying Urban, and also seemingly made a comment about Cruise’s performance in the bedroom when she stated, “He just gave me confidence through just being very kind to me and understanding me, opening me up to trying things, my sexuality, those sorts of things.”

Over the years, Kidman and Urban have never stopped melting fans’ hearts with being so open about their love for each other, but it hit a whole other level when Kidman shared a secret about their relationship with Ellen DeGeneres. Due to their separate and very busy careers, they have to spend quite a bit of time apart, but they get through by writing love letters. “I write him things too!” she told DeGeneres, when the host asked about Urban’s letters. “He doesn’t write them every single day. When we’re apart, we do that, yeah. I have to say, I love saying this because he should be just adored.” 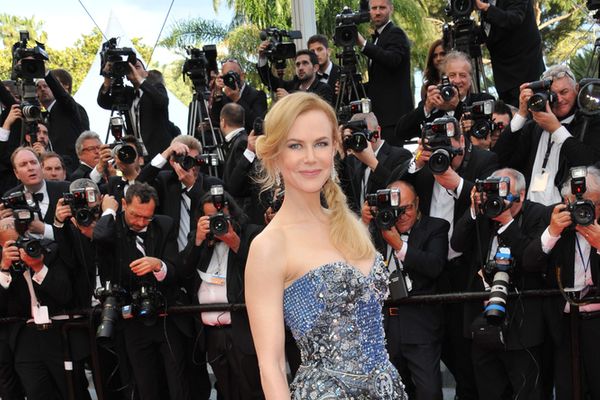