10 Things You Didn’t Know About ‘The Honeymooners’

Back in the ’50s, Jackie Gleason was the king of comedy and after finding success with a recurring comedy sketch, The Honeymooners was finally created into a half-hour filmed series in 1955. While the series only ran from October 1, 1955 to September 22, 1956 with 39 episodes, those 39 episodes have gone down in TV history and fans can’t get enough of them in syndication. The series followed bus driver Ralph Kramden and his best friend Ed Norton, a sewer worker, as they came up with quick schemes for cash only to be brought back down to earth by their wives Alice and Trixie. Starring Jackie Gleason, Art Carney, Audrey Meadows and Joyce Randolph, the sitcom was witty and genuinely funny. Take a look back on the classic series with 10 things you didn’t know about The Honeymooners:

Although Audrey Meadows is best known for the classic and sarcastic role as Ralph’s wife Alice, she wasn’t the original Alice Kramden. Actress Pert Kelton portrayed Alice in the first seven episodes of the 39 but then left the series with news stating she had health issues to attend to. Eventually it was discovered that Pert had actually been fired and blacklisted because her husband Ralph Bell sponsored an ad in The Daily Worker in 1948 and was branded a Communist. Because of her association, Kelton was fired even though Gleason fought to keep her. Although Kelton was fired, it wasn’t easy to find a replacement because initially Gleason rejected Audrey Meadows when she auditioned because he thought she was “too young” and “too pretty.” Meadows didn’t accept the rejection, however, and immediately went home and had a photographer come to her house early the next morning to take photos of the actress with no makeup, her hair not done and with a torn blouse. When Gleason saw the photos he knew immediately that it was the Alice they were looking for, but didn’t realize it was the actress he had rejected the previous day. Upon finding out it was her, he reportedly said, “Any dam with a sense of humor like that deserves the job. Hire her!” 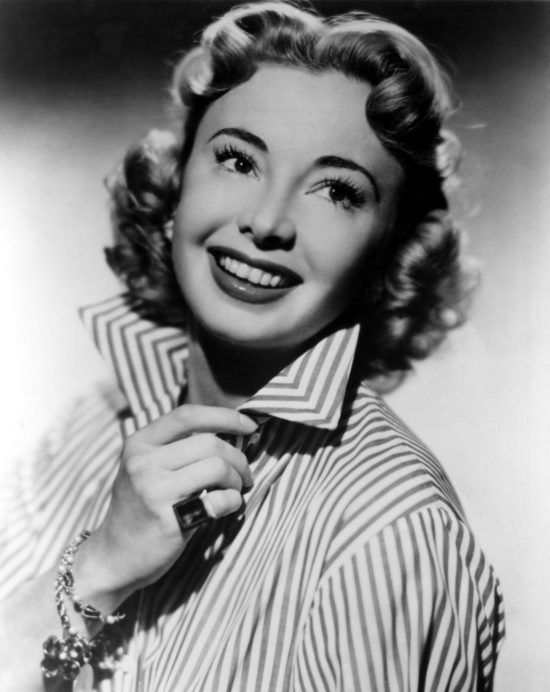 When designing how the Kramden’s apartment should look, Jackie Gleason took inspiration from the Chauncey Street tenement he grew up in in Brooklyn. While the Kramdens could have bought some nicer things on credit like the Nortons did, Gleason wanted their apartment to look sparse and depressing which led to an unexpected reaction from fans. Before long Meadows began receiving tons of mail which included aprons, curtains and objects to help decorate the apartment so that Alice could lead a nicer life. 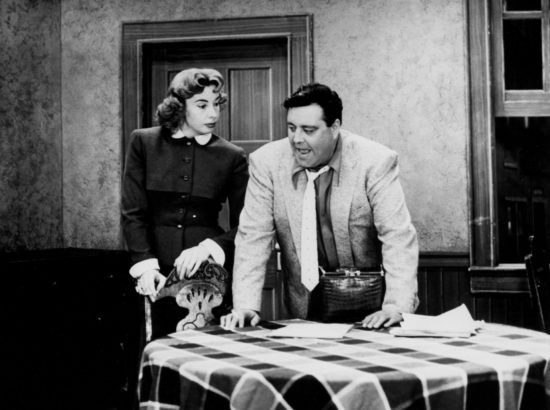 Back in the ’50s when TV series and sitcoms were still in their infancy and finding their way, the contracts for the stars were a lot different than they are now which means many actors and actresses missed out on some money. Thanks to two of her brothers being attorneys and a strict manager, Meadows is the only The Honeymooners star to receive residual payments for the show for the rest of her life. As it turns out, Meadows’ manager foresaw that the series was prime to be aired in “reruns” even before they were commonplace and made sure that her contract included a condition that if the series were to air in the future, Meadows would be paid royalties. Without much precedence for the situation, the network agreed with no issue, never imagining that the series would become a syndication dream and would still be sending Meadows money 40 years later. 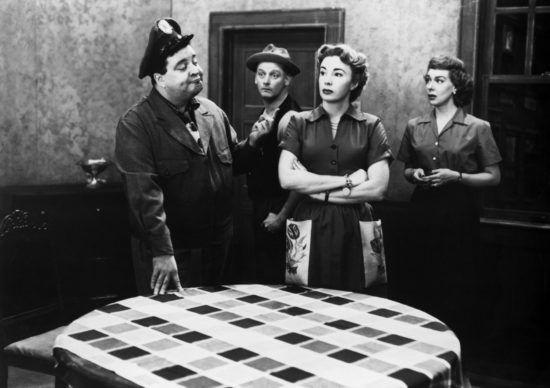 After the release of Hanna-Barbera’s The Flintstones, it was obvious that the cartoon had been influenced by The Honeymooners and the similarities between Ralph, Alice, Trixie, and Ed with Fred, Wilma, Betty and Barney were uncanny. Upon seeing the show, Jackie Gleason looked into suing Hanna-Barbera for the similarities and was very close to making his move when his publicist reportedly said to him, “Do you want to go down in history as the man who killed Fred Flinstone?” and Gleason decided not to sue. In 1956 Gleason was confronted with a much more obvious copycat when Warner Bros created an animated short film called The Honey-Mousers with lead characters named Ralph Krumden and Ned Morton. Before Warner Bros. could release it however Gleason was told about the animated short and looked at it. Instead of being upset, however, he really liked it and said they could make as many as they wanted. 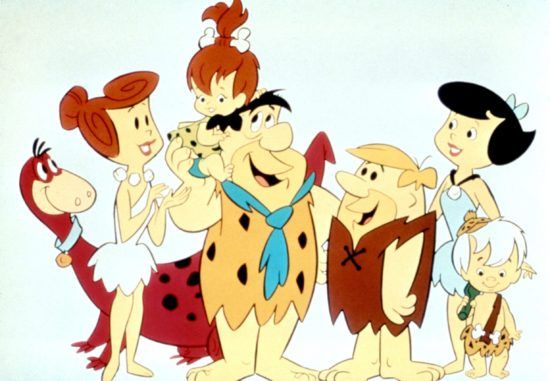 It was truly surprising to many that The Honeymooners came to an end after only one season and 39 episodes especially because it started off so strong. In the beginning of its run the series was very close to beating out the beloved series I Love Lucy in ratings and Gleason was being recognized as a comedic genius. Unfortunately after a few months NBC moved The Perry Como show to compete with The Honeymooners on CBS and The Honeymooners began falling in ratings. After the series fell from 2 to 19 in Nielsen ratings, CBS was already talking cancellation, but before they could make the decision, Gleason did it himself. He stated that all the good plots and jokes the writers could have for a half-hour sitcom had already been used and wanted the show to go out doing its best, not struggling for material. 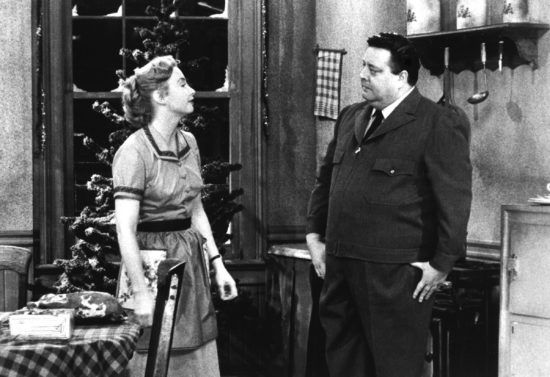 As television studios and filmed series were finding their way, it was typical for shows to only film one episode a day, but because of Gleason’s sketch comedy background, he preferred to get as much done as possible. The Honeymooners was one of the only shows at the time that filmed two episodes a week. Also, unlike most other series filming at the time, The Honeymooners was filmed at the Adelphi Theater instead of on a sound stage. 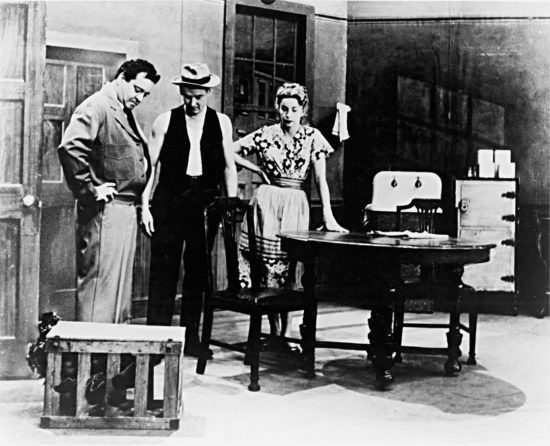 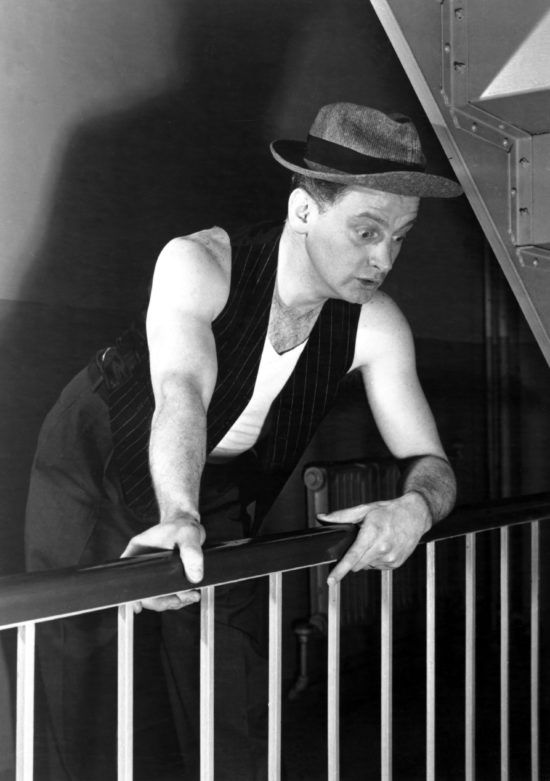 Despite the comedic chemistry between the series’ four stars, their off-screen relationships weren’t as great as they seemed. After the show ended, Joyce Randolph revealed that Gleason’s decision to not rehearse made her break out in “cold sweats” when it came down to filming and revealed that his drinking sometimes became a problem on set. She stated that he was sometimes hard to work with because he would be “charming” one day and awful the next while also stating that his favorite drink was coffee with whiskey and it would often alter his moods quickly. It might also be surprising for fans to know that, despite Ralph and Ed’s friendship on-screen, the same can’t be said for Gleason and Carney in real life. Some suggested that Gleason was jealous of Carney’s acting career and others rumors indicated that Carney didn’t respect Gleason because he didn’t take comedy as a craft seriously. Regardless, after the show came to an end, the two vowed to never work together again, but they broke that vow in the 1985 film Izzy and Moe. 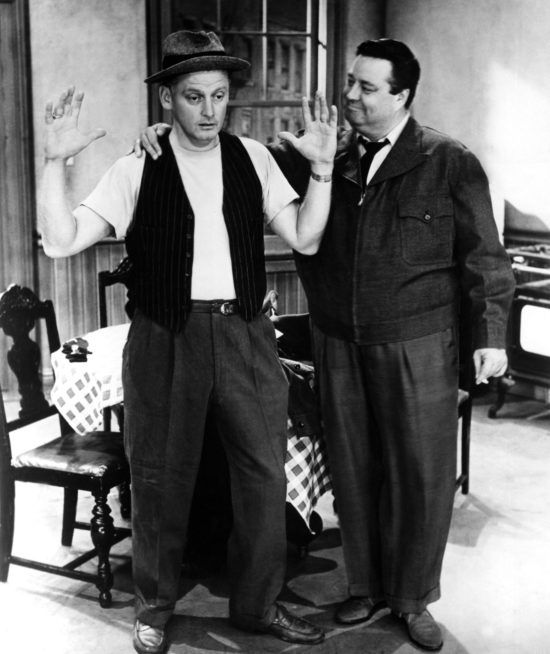 With Gleason used to running a sketch show, he didn’t believe in dress rehearsals, even for the taped show and liked when everyone reacted spontaneously. He also used to only do one script run through because he wanted the jokes to be new for even the crew and wanted them to hear it for the first time when filming. While Gleason wasn’t a fan of rehearsal, his co-stars were and they would often prepare together which meant they often knew the script better than Gleason. As it turns out, when the actor is seen patting his stomach, it was his signal that he had forgotten some lines and needed someone to ad-lib and stall until he caught up. 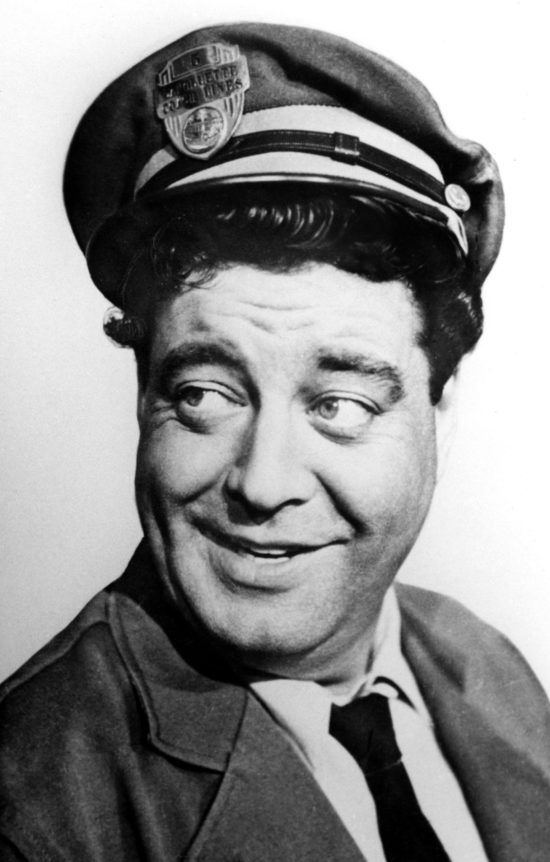 Although Gleason wasn’t a fan of rehearsals, he had confidence in himself and his co-stars to not make too many mistakes and also didn’t believe in retakes. While they were mild blunders, the improv skills of the actors often made them unnoticeable and when there was a blooper it was often left in and worked into the storyline. One of the most used examples of this was in the episode with the “Handy Housewife Helper” which fell apart when it wasn’t supposed to. 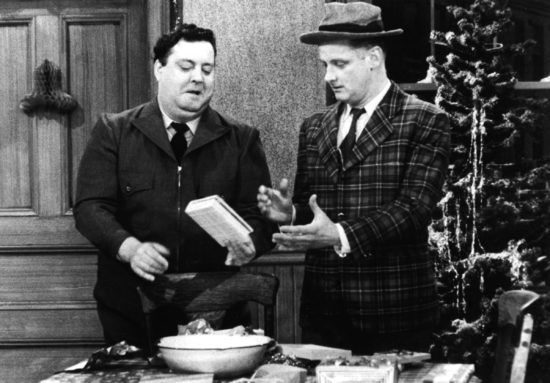 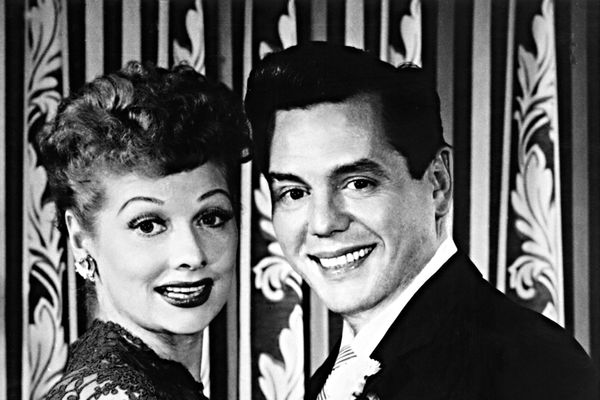